My mom told me to take out the garbage.
By Troma4life
On
Hello Everyone! I am back yet again to deliver another installment of the Trash Can. Now Since This is the fourth entry i don't think i need to explain what the Trash Can is all about. So Lets rip that lid off and see what's inside.

The first item of the day! Oh God i never thought i would have to face this again. 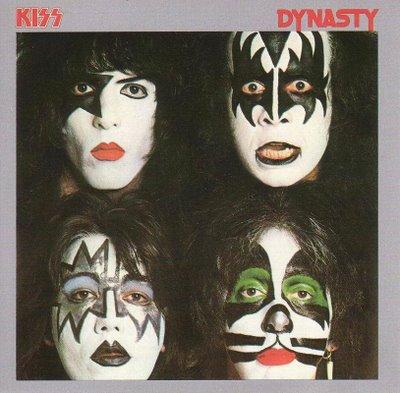 Kiss:One of the greatest band's every assembled.Dynasty: One of the Biggest disappointment ever. I remember being 10 the first time i heard the song Detroit Rock City, i thought i was in heaven. So my parents being big Kiss fans they bought me Kiss Aive!,Destroyer and Dynasty. I was so excited after listening to both discs of Alive!(the second greatest live album), Destroyer(one of my favorite albums of all time) and then i put Dynasty in my walkman the first song "I was Made for Lovin' You" came on and thought Something's Terribly Wrong i skipped to the third song "Sure Know Something" and Screamed at the top of my lungs "DISCO". Yes Kiss made a Disco album, a genre of music i truly hate. Now the thing that makes me even sicker is "I was Made For Lovin' You was one of Kiss' biggest hits. ehh, After 7 years had past i recently listened to Dynasty. It's not that bad it's actually...no it's terrible. BACK IN THE TRASH CAN.

Now next up in the trash is a nintendo game cartridges ,well Let's hope for the best. 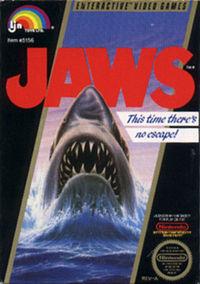 LJN is known for making toys and lame movie adaptation video games. But their was one exception in 1987 a year before Friday the 13th(game has grown on me allot). JAWS was actually more than a decent game. Unlike Friday the 13th or A Nightmare on Elm street they put things in the games that never appeared in the films. like the Zombies in Friday the 13th or the snakes,ghosts,spiders and bones in A Nightmare On elm Street. In Jaws you are a sea diver on the boat Orca searching around the sea for Jaws while you look for the shark you kill sting rays, jellyfish and small sharks nothing out of the ordinary. Jaws is very tough to beat but does not get old after hours of playing. The Jaws theme music is actually in the game and sounds great in 8-bit music. 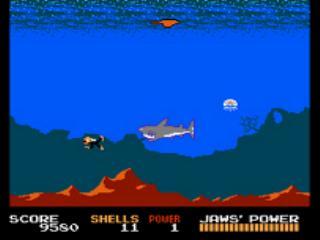 
Ok up next in the trash can,what is this red contraption? 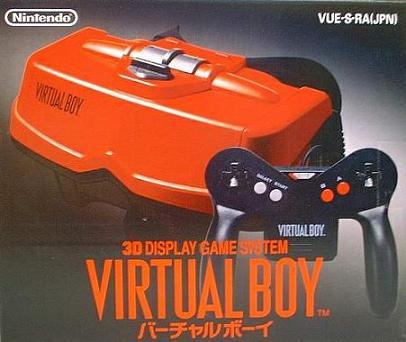 A 3-D portable game console this is going to be awesome. Portable sort of,3-D not so much, Awesome NO. In 1995 Americans were introduced to the virtualboy a great idea that just didn't come through. With the release of only 14 games in the U.S only two were really worth mentioning,well not really. The graphics were like the gameboy in which two colors were used. Gameboy-Black and Green,fine. Virtualboy-Black and RED,not fine. Virtual Boy Graphics were bad because you couldn't tell what you were doing half the time. 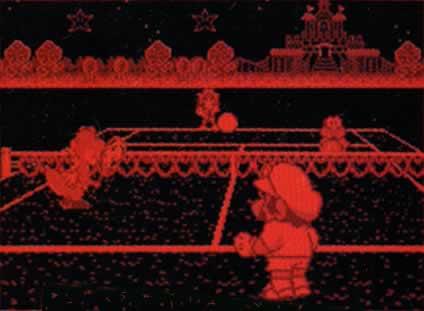 Picture above is for Mario Tennis the only game to actually use 3-D but only in the main title. In which a mario character tosses the ball over the net and tennis ball comes flying at you. Only time 3-D is used, and it works.
Graphics:2/10
Music:Was there any?
Price:180 Bucks(LOL)
Side Effects: Nausea,Head Aches and Time Loss

Back in the Trash Can.

Next inside the trash can are two old vhs tapes.Now if you have read my articles before you know i have an unusual taste in films, at least that's what people tell me, these two film are not any different. 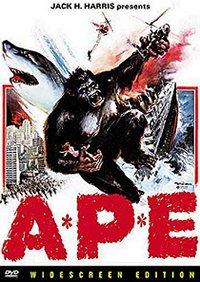 If you haven't seen the original 1933 classic King Kong or even the 1976 remake go see them now. A*P*E on the other hand you can wait and see scenes on youtube. Not saying their is no redeemable value in this copy of King Kong because their is,two scenes to be exact. 1st scene is actually in the first scene of the fim where the "Giant Ape" escapes the ship he was held captive in and swims to shore and fights a great white shark. Yes you read correctly a man in a monkey suit fights a rubber shark=hilaious. 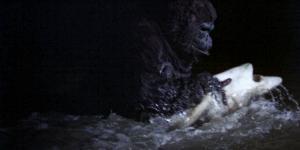 The Second see is at the end of the film,this is where the fast foward button comes in handy. The scene is the "Giant Ape" hits a helicopter which is clearly on a string, and gives it the middle finger. Did not know apes were even capable to think of giving the helicopter the middle finger. 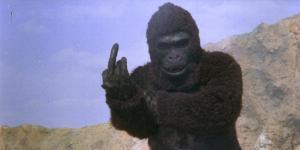 Back in the trash can,but if you're curious get netflix.
Next movie is a film i hold dear to my heart.

Man this really takes me back...10 years. I remembered when i first encountered this film. My family and i were down New Jersey for a week during the summer and went into an old beat up video store and i looked through the horror section, of course. I gazed my eyes at this collection of 30-40 films i never even heared of any of the titles at the time. They didn't have choices like Halloween or Prom Night,no they had all the films that today we call rare like Killer Workout, Killer Party, and Curtains. So many choices could only rent one and then my eyes crossed over to a box with a monster in a crib and the tagline made me jump in excitment. I went up to the counter about to rent the movie,a little old lady tells me that the video shop is closing soon and i could own the movie for 2.50 and i gladly accepted.

Soon as i got to the hotel i ran to the last room of the place and popped the movie in an old vcr and watched the movies three times that night.Once i realized the film was directed by the same director of Prom Night,I liked it even more.The film is about woman is raped at cocktail party. Years later, her son grows up to be a big hairy monster who stalks a group of teens shipwrecked on his island. Pretty simple,like prom night the film is low budget and looks like it.

Stays out of trash can.

Okay Next Thing out of the trash can looks a can of soda. 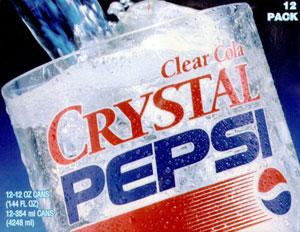 You know the phrase "Don't fix what's not broken" or something like that. Well Pepsi if i drank correctly wasn't broken.If i want a clear soda i'll drink sprite or ginger ale(gold but the same thing). Don't give me a dark sugary syrup turned clear. But back in 92 or 93 when you saw the commercial with the Van Halen song "Right Now" you went out and bought it and threw it right in the trash can and that's where it is staying.

Well that's it for this installment sorry if it's short my computer is acting on me and couldn't save the article had to rewrite this thing a bunch of times.

Well is this really the Final Chapter or is it like the final chapter in the Friday the 13th series and have 6 more installments and a remake. Do you guy's even care anymore? We will see!
30
Login To Vote!
More Articles From Troma4life

44
dalmatianlover
Tribute to Weird Al
An article dedicated to the musician who defines comedy!
An unhandled error has occurred. Reload Dismiss