Alien from L.A.? Isn't that a little redundant?
By Nails105
On 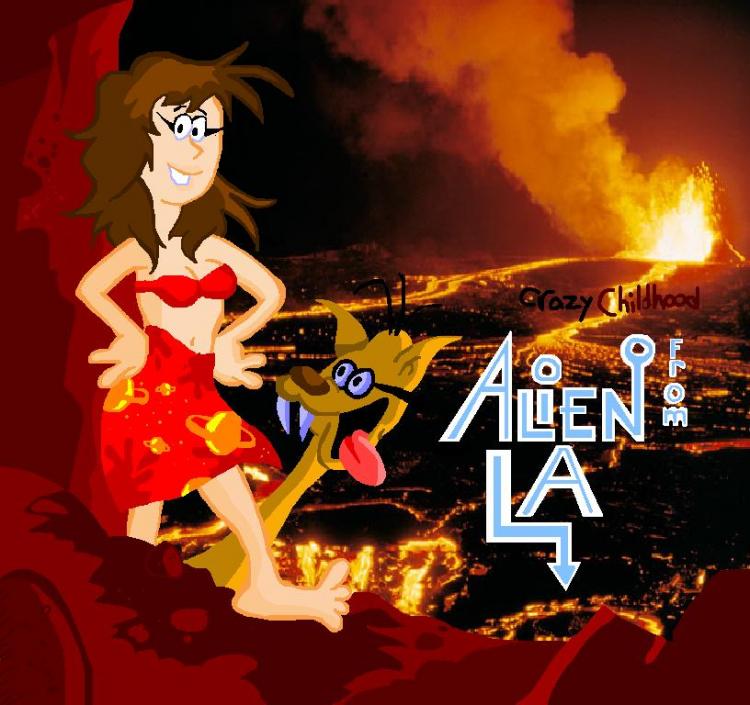 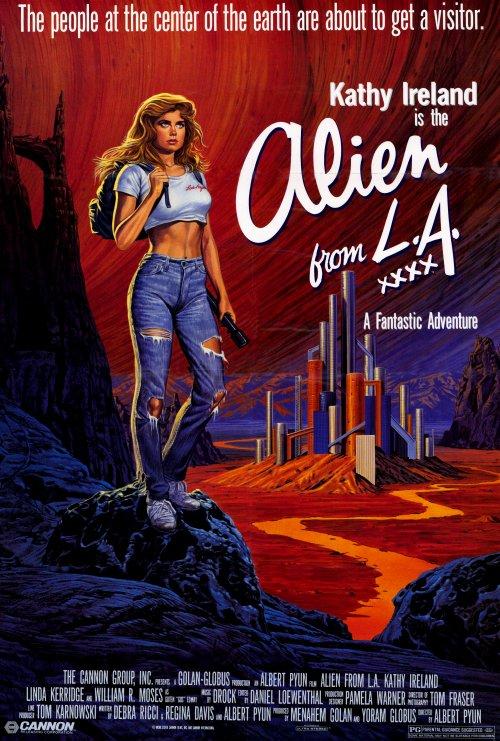 Kiss-kiss from the Alien!


Ah, Mystery Science Theater 3000. How you entertain me. Seriously, though. MST3K digs up some of the most questionable buckets of cheese ever put on film. Flims like Manos: The Hands Of Fate or Merlin's Shop Of Mystical Wonders have been considered to be one of the worst films of all time (though I will admit that the Merlin movie had some decent ideas), yet Tom Servo, Crow T. Robot, Mike Nelson, and Joel Robinson have made them watchable with their undeniably funny wit. 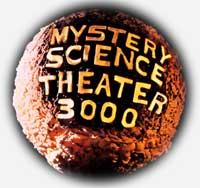 One of the films that our heroes made fun of was the 1988 moldy cheese-fest Alien From L.A., made by the infamous film company Golan-Globus. This film was gonna be on MST3K sooner or later. I mean, every ingredient for a bad movie is here:

- A couple of saving graces, but very few


I smell a blockbuster! 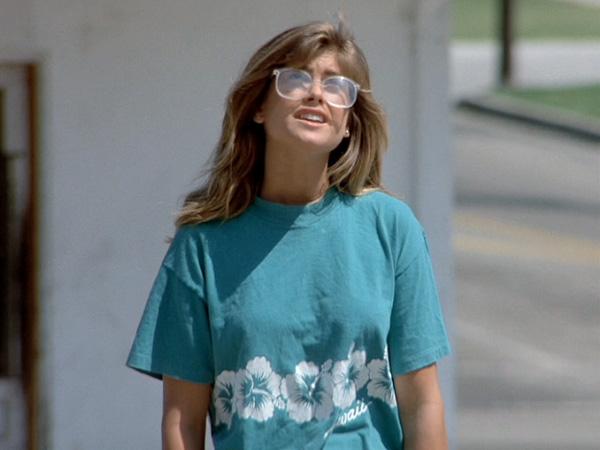 A social misfit named Wanda (Ireland, in her acting debut) tries to find her lost father in Africa but suddenly falls down to the bottom of a bottomless pit.

Soon, she finds herself in the lost city of Atlantis (I know, just go with it.) and is soon against some suspicious subterranean bad guys who think she's a spy and want to do anything to get rid of her.

Believe it or not, there's actually a couple of good things in this film.
I like the look of the city of Atlantis. It reminds me of Super Mario Bros. and Brazil mixed together. It's a dark city filled with people who've never seen the sun before, thanks to broadcasts that tell it's citizens that there is no such thing as the "surface world" and there can be no such things as "aliens" from the surface. 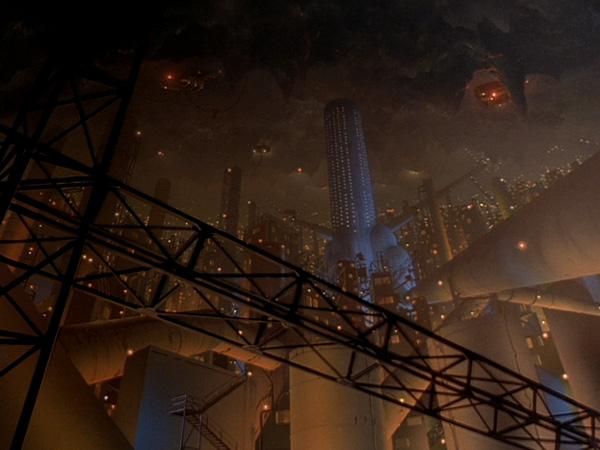 
There are two characters in this film who actually try in this movie. One is the announcer who's responsible for telling everyone about that "surface world" junk over the city's video system. He's not an important character, but at least he's amusing. 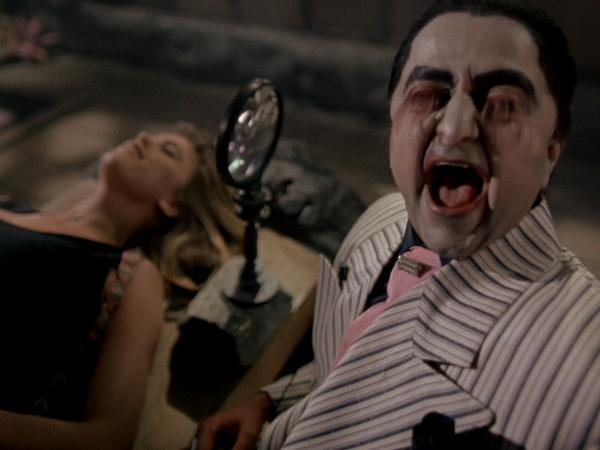 The second character is a mob boss (above) that eventually abducts Wanda. The thing that amuses me is that he's played by the Oompa-Loompa guy from 2005's Charlie And The Choclate Factory!

The biggest complaint is that the film doesn't really know what it wants to be. It's not much of a comedy, because it's not really funny, it's not much of an adventure, because the only thrills is just people running around, and it's not much of a sci-fi fantasy, because it lacks in anything sci-fi or fantasy-like. It tries to be the light-hearted Earth Girls Are Easy, except that it's too mean-spirited and grungy. 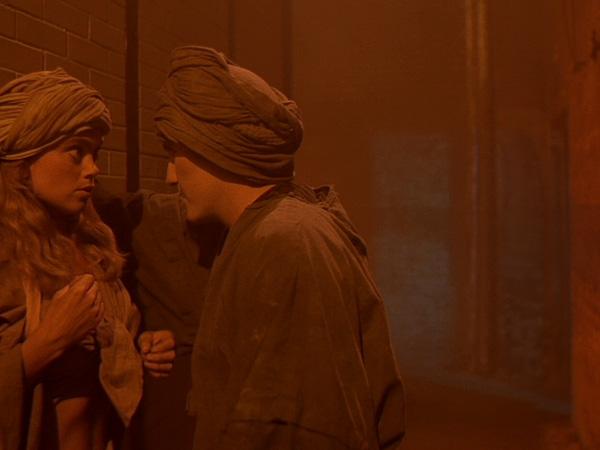 "I wanna make babies with you, Wanda. Squeaky-voiced babies!"

The second complaint is the character Wanda. She's just not likable. She's too much of a wimp, and doesn't do much to keep herself alive except just run around like she's in Scooby-Doo.

Oh, and her voice. Most people complain that Wanda's voice is ear-rapingly annoying. True, it is annoying, but I think that's part of the joke. Several characters throughout the film actually admit that her voice is annoying, so I guess that it wouldn't be the voice that matters, but the character and her emotions. Unfortunately, it doesn't really work. 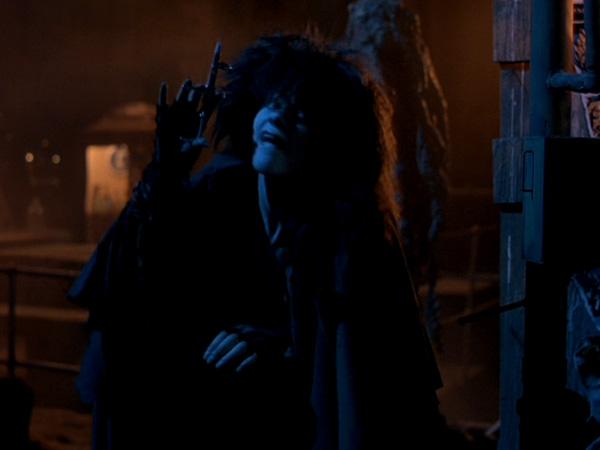 It's Freddy Kruger's aunt! Watch out!


Thirdly, and finally, the romance in the film is horrible. During the film, while Wanda is chased by a monster in Atlantis, she's saved by a bystander named Charmin' (Yes, that is his name). This is about near the end of the movie, and we're supposed to believe that Wanda and Charmin' are meant for each other, when really, we only met this guy for 3 minutes. There's one character named Gus who's stuck with-- I mean, stays close to Wanda way more than Charmin'. I would've been fine if Wanda and Gus had a thing for each other, but that doesn't happen, seeing how Gus is stuck with Christina Aguilera (below). 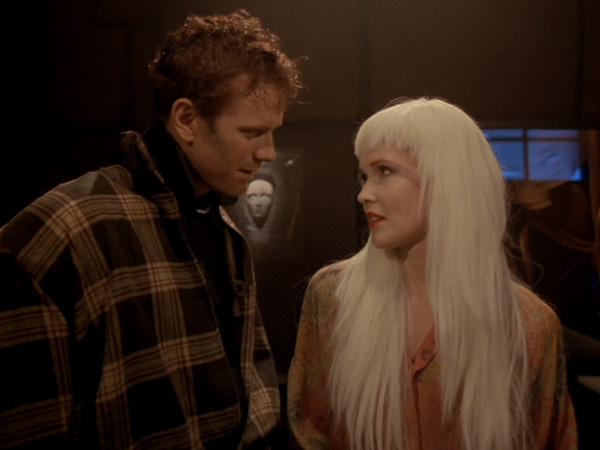 "Ok, Gus. Drop the fake Australian accent. You're not fooling anyone, you tease". 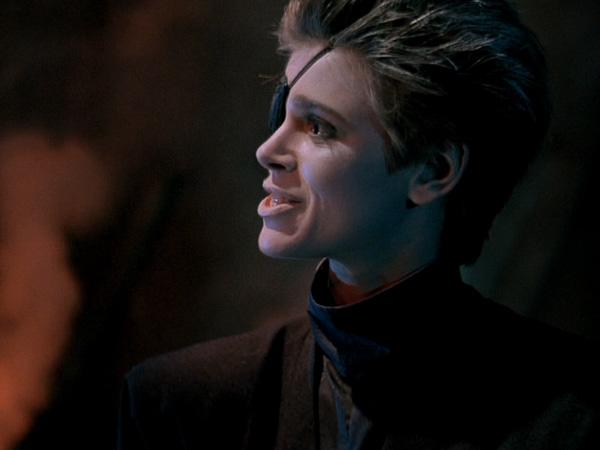 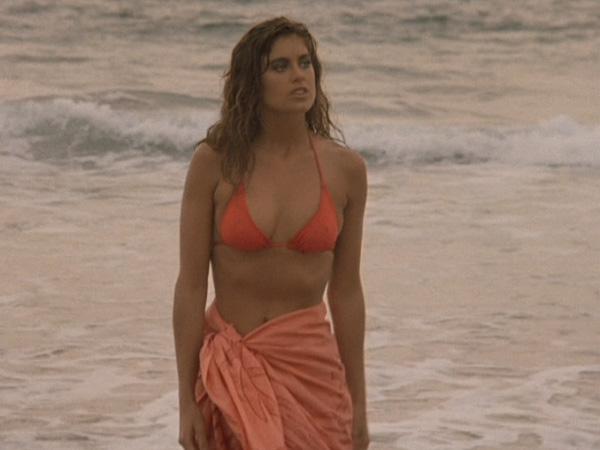 Alien From L.A. is not the worst, but it certainly is boring as hell. Not enough action, comedy, fantasy, or likability for this junk to hold up. There are OK stuff here and there, but the only way to watch this film is to the MST3K version. At least you'll get more laughs outta that. 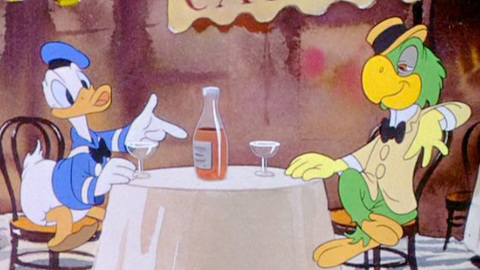 1
MrCleveland
Movie Sign: The Three Caballeros
The Disney Film that would become a cult classic...becomes a review!
An unhandled error has occurred. Reload Dismiss