Retro with my Daughter

Choosing the retro shows to share with my girl
By Paswa
On
I recently became a dad. It is amazing. Beyond the love and awesome feelings I have and I use awesome because they truly inspire awe. I also feel lucky, like I get a second childhood. It is debatable that I ever left my first childhood, but a child gives the opportunity to experience first impressions, at least secondhand. Seeing something for the first time is unique, and I anticipate seeing my daughter's reaction to many of my favorite experiences from my own childhood. 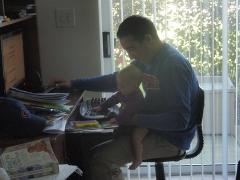 Rosalyn helps write
this Retro Junk article
To be fair, my daughter is 6 months old now and I could be watching any rated R or TV-MA with her completely oblivious to what the pictures or spoken words mean. When she gets bigger and starts watching TV shows about how to count or spell, it will be close to the time when she will understand a story and identify with characters. My retro tendencies want to relive my childhood with every movie and every show I ever watched, but is that good enough for my daughter? She is named Rosalyn Marie, after two female scientists Rosalind Franklin and Marie Curie because my wife and I want her to feel like there are no limits to her dreams and girls can be more than princesses and damsels. My two favorite shows were Ninja Turtles and Ghostbusters. Fun, kick-butt action and humor, but it doesn't really fit with the message that girls are every much the heroes that boys are. Sure, April and Janine had their moments where they saved the day, but they were most often the ones needing saving. And shows like My Little Pony or Care Bears are less boy-oriented, but they still don't have the female hero I would hope to expose my daughter to.

So here are the shows and movies I look forward to sharing with my daughter:

I have always preferred Alice who travels to Wonderland to Dorothy who travels to Oz. Dorothy just seemed to ride the wave too much and did not show as much courage or leadership, probably because her journey was to get a wizard to do things for her during the whole story. Alice is lost and follows almost anybody's directions, but she takes a stand and asserts herself too.

Supercalifragilisticexpialidocious. Enough said? I'll go on anyway. She's fun, she sings, she interacts with live people and cartoons. More than that, she is respected. She changes some perceptions of how women should behave and what they can accomplish by solving problems thoughtfully. 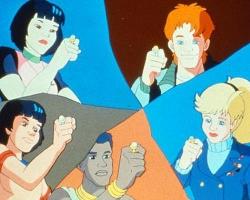 This is my representation of the diverse group of heroes where teamwork and martial arts skill combine with an ultimate weapon for good. Science Ninja Team Gatchaman (1973), Voltron (1984), Captain Planet (1990-1996), Power Rangers (1993-current) everybody has a different favorite character in each show and there's always at least one girl

in the group to cheer for. I'll probably skip the retro versions of Power Rangers, but the other ones are fair game and likely to be enjoyed in their due time. And when the next group show becomes popular, we'll watch that too.

Sure, Luke is the good-two-shoes hero and Han is the bad boy hero, and they are front and center with their side kicks (R2-D2, C-3P0, Chewbacca), but is Leia a hero too or a sidekick?

First, it doesn't matter much because I love the Star Wars movies and look forward to watching them with my daughter, possibly more than anything on this list.
And I don't see any reason to regard her as a sidekick. She is a princess, but she is more like a commander in chief in the Rebellion. She rescues Han. She is the most accurate person in the whole galaxy with a blaster. Although her most famous scene is where she is in a skimpy bikini and skirt, she murders the person who forced her to wear it. It's not very child-appropriate when you think about it, but as a child, you just know that Jabba is bad and gross and you don't notice the killing aspect of the movies.

Penny and her dog Brain help her uncle, Inspector Gadget, stop Dr. Claw and M.A.D. She uses a book that is actually a computer (well before laptop computers or tablets were even close to mainstream) and her watch that communicates with Brain to solve each case. It isn't great that the girl does all the work and the man gets all the credit, but Penny doesn't care about credit, she does what's right and fights against what's wrong.

Chip and Dale are the main characters of this show, but Gadget Hackwrench is the smartest and most competent member of the team, with a possible exception of Zipper. She packs the brains and other helpful things in her toolkit to help take the clues and find the wheres and whys and whos.

Despite men right in the title, women are vital members of the team. It makes sense that mutants would be just as likely to be powerful and helpful in men as in women. It's strange other superhero groups don't have as many women as this group. With Storm, Jean Grey, and Rogue as powerful heroes, I will be happy to watch this with my daughter.

I liked the original three movies with Daniel-san and Mr. Miyagi because I was a boy and karate was great (it's still pretty fun to watch karate and kung fu movies). But I have never much liked Ralph Macchio. Hillary Swank was a much more enjoyable Karate Kid in my opinion because Julie-san seemed to respect the discipline of martial arts more than her previous counterpart.

When this show came out, I was much more into Dexter's Laboratory or Johnny Bravo than these three butt-kicking little darlings, but I enjoyed the villains when I did catch an episode. There is nothing to dislike about the prospect of sharing in the adventures of Bubbles, Blossom, and Buttercup with my daughter. 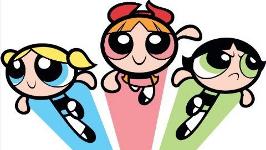 I know 1998 is pushing the retro bubble and 2005 is well past it, so I'll stop there. If I went on, Lilo and Stitch (2002) would have made this list. Other shows and movies I considered putting here were: Fly Away Home, Snow White, She-Ra, Andre, and Little Giants.
19
Login To Vote!
More Articles From Paswa 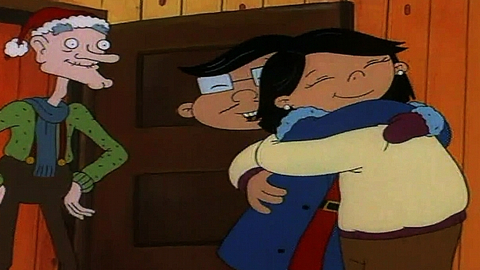 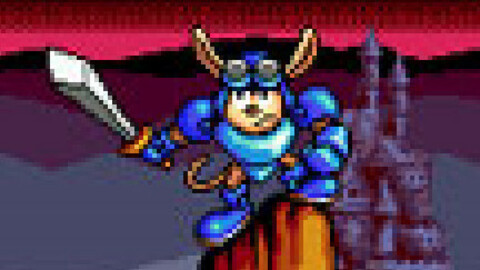