C.C. : Legend Of The Titanic

The worst animated film of all time...and it happens to be retro!
By Nails105
On 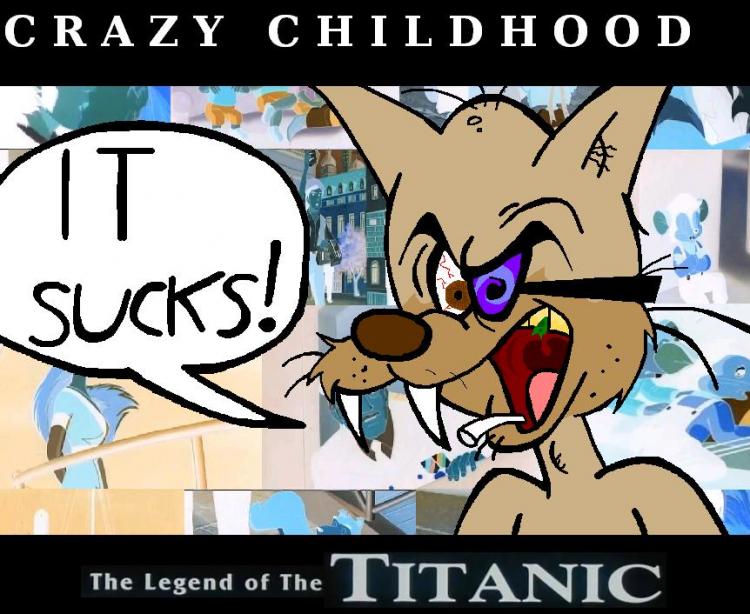 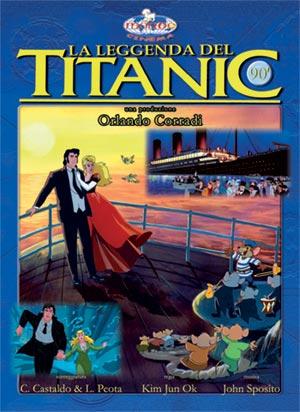 
If you visit Youtube as I much as I do, chances are you are aware of an Italian animated cartoon from 2001 called Titanic: The Legend Goes On. People bash it as an insult to James Cameron's 1997 epic Titanic, and even going so far as it call it as the worst animated film ever. The animation is jerky, the characters are rip-offs from better animated movies, and of course, it has the rapping dog that just so happens to sing a medium of music that hasn't been invented in 1912 happens to ruin the whole experience. 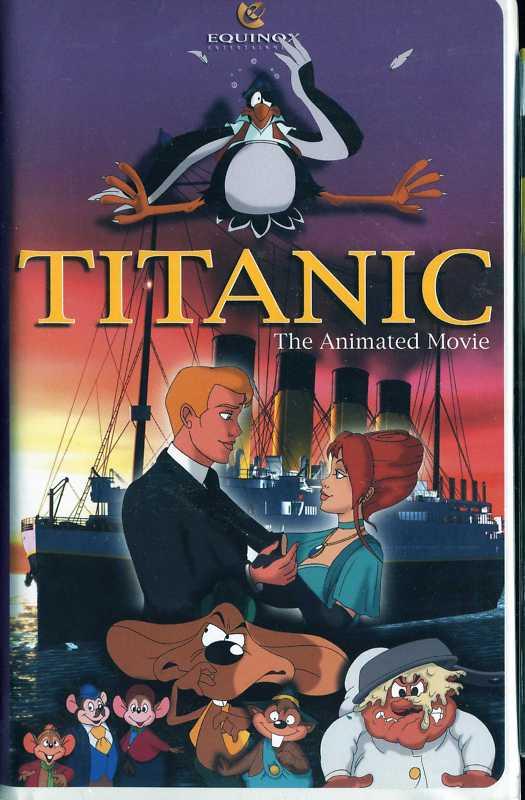 
While the film was a bore to watch the first time around, it has grown on me over the years. True, it's a piece of crap, but it's a watchable piece of crap. For those of you who wonder what's up with the subtitle The Legend Goes On, this review might answer your question.

Before this movie, there was another Titanic cartoon known as The Legend Of The Titanic, released in 1999. Though being two completely different movies, The Legend and The Legend Goes On share the exact same qualities:

- They were both made in Italy.

- They're incredibly obscure in North America.

- They both have TALKING MICE as the supporting cast.

How could this movie possibly be any good? Well, believe it or not, the film I'm reviewing was ACTUALLY a huge hit in Italy, for some deranged reason. I guess Italians find talking mice and dolphins, a giant cartoony octopus, and extremely flat romantic relationships better than a historically accurate James Cameron film. Mamma Mia! 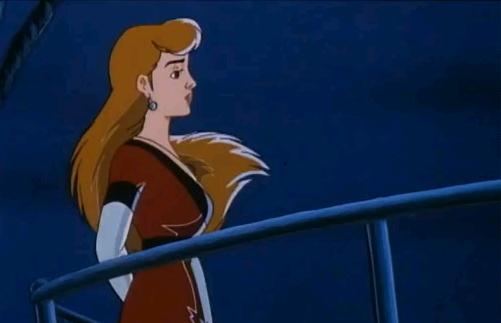 Elizabeth gets romantic advice from the invisible man. 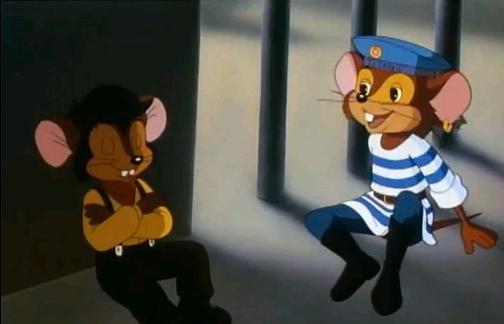 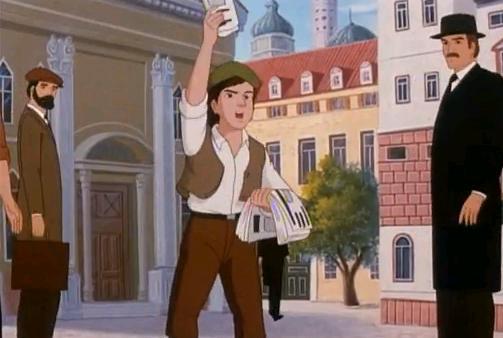 The plot is set on a voyage of the infamous Titanic, and concerns the romance between Elizabeth (Alexander), the daughter of an entrepeneur, and Don Juan (Pardeilhan), prince of the gypsies.

But there's an evil tycoon named Maltravers (Snegoff), who wishes to own whaling rights of all seas owned by Elizabeth's father. In order to do so, Maltravers needs to marry Elizabeth, and then make her father to sign over all whaling rights to him. Oh, and then he intends to cover his tracks by sinking the Titanic ship afterwards.

Sounds decent, right? Well, there's talking mice, dogs and undersea animals to ruin it all. This movie hates your children. 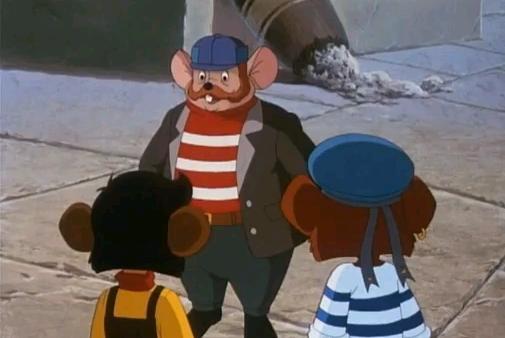 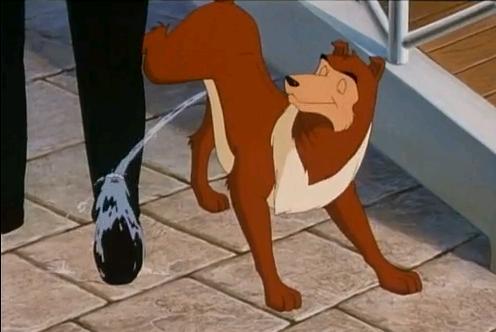 You know, for kids! By the way, is he pissing water?

This film actually beats the 2001 film in terms of animation quality. While it's not the best, it's definately an improvement. There's construction in the character design, and the animation moves smoothly at times.


Some of the dialogue spoken by the villian Maltravers isn't that bad, but that's about it.


By the way, there's something I GOTTA say. For those of you who have seen the 2001 film, did you know that the voice of the rapping dog is the exact same voice of the villian of this movie? I'm not kidding! It's like this guy actually has faith in these movies.

WHAT'S BAD ABOUT IT?
Oh, boy, where do I begin?

First of all, the filmmakers obviously think that the Titanic incident is just a joke. They sprinkle around some ridiculous info around the movie that'll trick your kids into thinking that it's all part of the history of the ship:

First, did you know that if you cry into the ocean, and if the moonlight shines into the tear before it lands in the ocean, you have the ability to talk to animals? That must be why Cinderella can talk to mice and no one else can! I feel smarter already!

Second, men have the abilty to communicate with sharks by blowing a special whistle and togther, they concoct evil schemes that result in the death of thousands of lives. What? Didn't YOU do that as a kid?


Isn't it great that you learn something new today? 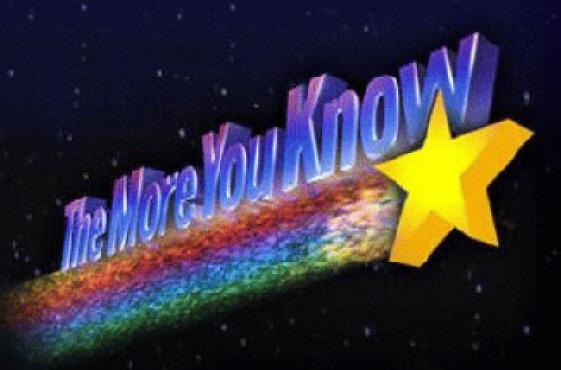 ...The more you wanna stab your eyes out with a toothpick.

The romantic relationship in this movie is flatter than a Visa card. In this beginning of the film, Elizabeth and the man-gypsy (I call him a "mypsy") just stare at each other at the loading deck from about 10 feet from each other. Guess that means they were meant to fall in love? Then, about 40 minutes in, they meet for a second time, then out of nowhere, they just flat out kiss each other on the lips. And they marry at the end of the film. Haven't these idiots seen a Disney film? The relationship between Ariel and Eric was more substantial than this!


Finally, the one thing that makes this film so unbearable to the human mind is...sigh...a giant octopus named Tentacles. Forget Stanley the Troll; Tentacles is the worst cartoon character ever conceived. Whoever created this hand-drawn abomination should be sent back in time to the actual Titanic sinking and drown to the bottom of the watery abyss below.

Sorry about that, folks. That was kinda dark, but you have no idea how I much hate this frickin' character. There are three reasons why I think so:


- First, he shows up around near the end without any fanfare. There is no mention of him before, and when he actually shows up, he barely has any personality and they have to cram as much character development as they can into this thing.

How could you possibly cram in a character when the movie has about 20 minutes left to go? Sure, Disney sorta did that with Timon & Pumbaa in The Lion King, but when you think about it, they had a whole song to explain their character better! Tentacles has nothing! Except, well, y'know....tentacles.

- Second, he's a wimp. He looks and acts like Casper the Ghost mixed with a cartoon character from the 1920's. Why must wimps be the heroes of animated films nowadays? Just so the movies can shit out the same "just be yourself" lesson every single time? Well, I guess not every animated film can be like Rango.


And finally, the third reason why Tentacles destroys this film with his stupid self is...are you ready for this? HE SAVES EVERYONE ON THE DAMN SHIP. 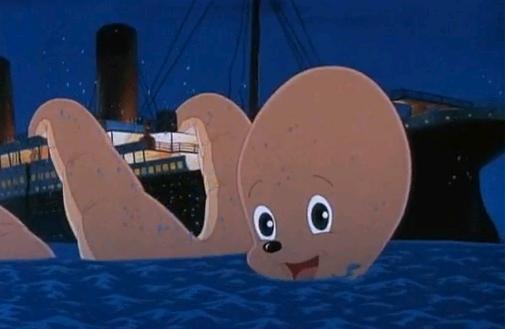 
No, I do not kid you. He doesn't just save a handful of people or as many people as he can. He saves every single, living, breathing soul on the Titanic. Just goes to show how much Italians know about American history.

How can you possibly show this to children and say it teaches them history? How can you even call this entertainment, for that matter? Obviously, the filmmakers hate humanity and think that anyone in Italy who watches this will buy what is being said. No animated film has stooped THIS low. Never. Not one.

I want you to look back at every mediocre/bad animated film you've watched and tell me what was in it that made you go crazy. How about A Troll In Central Park? What did that have? Just an annoying troll and cutesy moments, but that had goregeous animation. The Magic Voyage? Sure, the historical accuracies were way off, but....well, the animation was nice. Even the OTHER Titanic cartoon didn't go that far. People did die on the ship, and it didn't have a goddamn octopus coming up to save their asses! Eeergh! 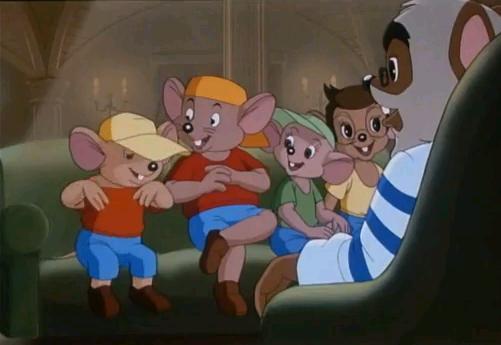 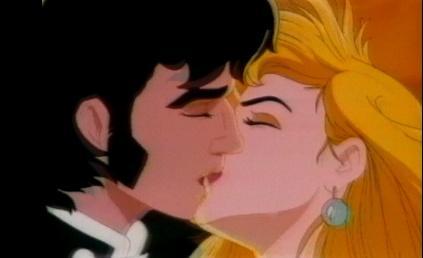 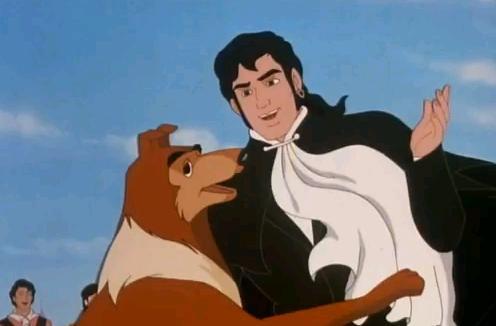 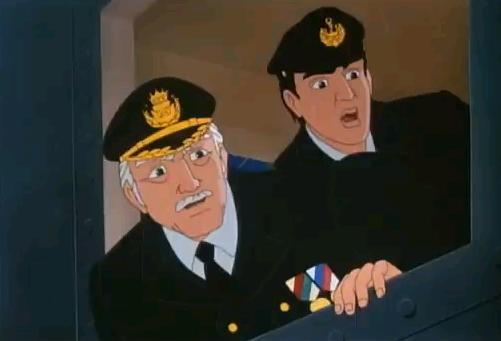 In all my years of watching animated films, there has never been an animated film that was so offensive, so brain-numbing, and so un-entertaining up until now. While the animation is decent and better than the other animated Titanic movie, the romantic relationship is flat, the historical accuracies are missing, and it treats the actual sinking like it's a fairy tale and it can do whatever the hell they want with it. It laughs and points at you.

I'm pretty sure that after you read this, you'll go to Youtube and watch this. Well, if you actually do watch this, you're only hurting yourself. The Legend Of The Titanic is the worst animated film I've ever seen, and quite possibly the worst film of all time, period.

14
Quote O' Matic
Mother: "Seymour! Are you looking at naked ladies!?"
Skinner: "No Mother."
Mother: "You sissy."
Added By: System
The Simpsons
An unhandled error has occurred. Reload Dismiss