There can be only one...so why was there so many sequels?
By Nails105
On
NOTE:

The following article contains extreme spoilers, so if you haven't seen this film yet, either turn back, or proceed with caution. 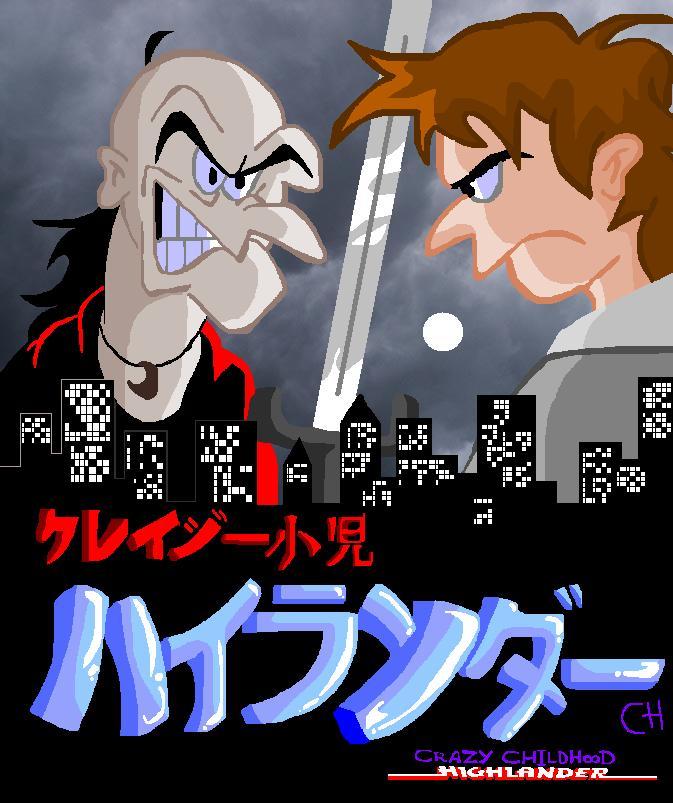 Inspired by the Japanese poster of HIGHLANDER. 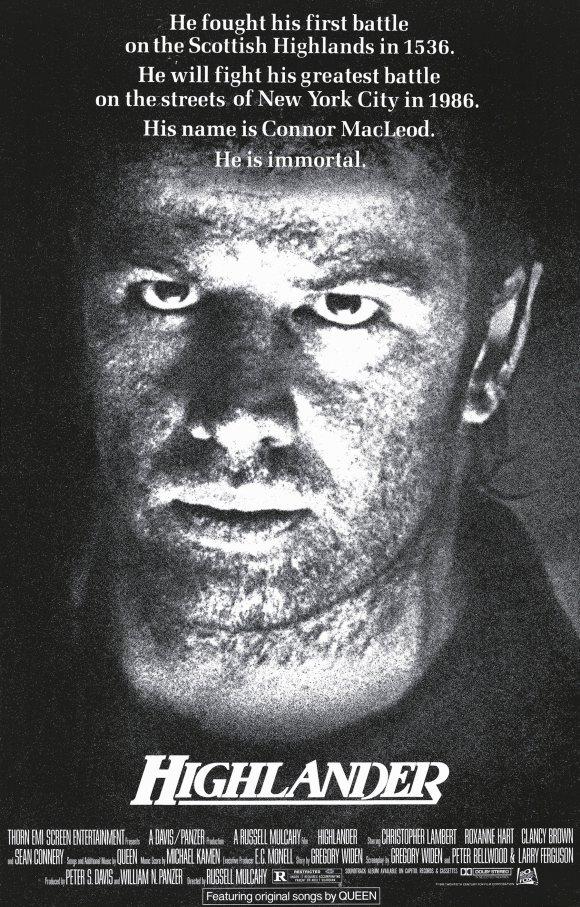 Christopher Lambert's mugshot makes up for an excellent poster!

Ah, Highlander. This could well be one of the most popular cult classics of all time. I mean, what's not to like? Swords-and-sorcery, songs by the almighty Queen, bloody (but not too bloody) action, and a good story to put it all together....


...but by God, is this film incredibly stupid.


Don't get me wrong, I really liked the film. It did have some nice dramatic touches in it, but for the most part, this film is so silly, I swear that a clown could be seen in the background (well, OK, you don't see that, but you know what I mean.). This may be the second time I've ever laughed at the sheer stupidity of a simple scene out of many, the first being the cheap green-screen effect in Lawnmower Man 2. 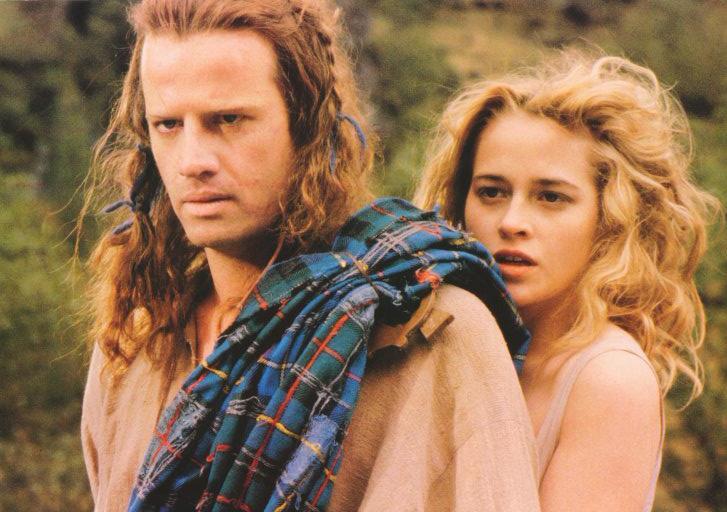 But I think that the campy value works well here. I mean, surely you can't any of this film seriously without laughing at something unintentionally funny, right? Is there any film out there with serious intentions but just ends up being an incredibly dumb and goofy cheese-fest? 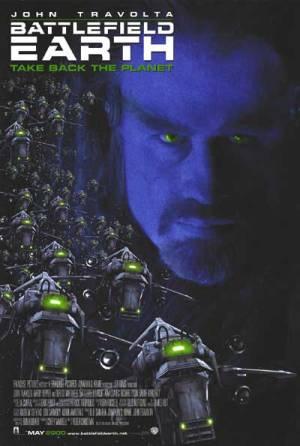 Yeah, I thought so.

Highlander is about an immortal 16th-century Scottish warrior named Connor MacLeod (Lambert) who has had to battle his evil immortal enemy Kurgan (Brown, who you may know as Mr. Krabs from Spongebob Squarepants) through the centuries in order to win "The Prize".

The punchline? The feud comes to blows in modern-day Manhattan. Hijinks ensue!!!


WHAT'S GOOD ABOUT IT?
The best thing about this film is the songs by Queen. Queen has always been my absolute favorite rock band ever since I was a kid, and it's great to hear some of their more underrated work in this film, like Hammer To Fall or Who Wants To Live Forever?, because I'm rather tired of hearing Somebody To Love over and over and over... 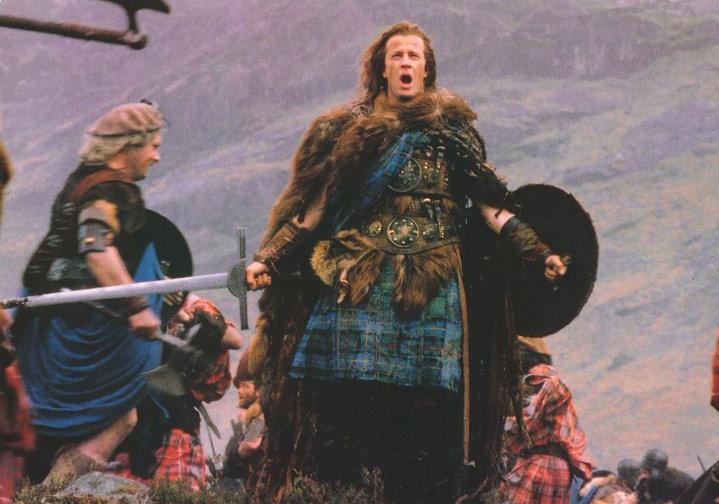 Lambert's audition for Braveheart does not go very well.

Clancy Brown does a really good job as the villian, known as The Kurgan. He's more of the "tough guy" villian, but he manages to be haunting and scheming rather than most "tough guy" villians. If I made a list of the top 10 Non-Animated Villians, he would most definately be on there.


Finally, the ending. When MacLeod does defeat The Kurgan and recieves the "prize", we get this incredible sequence of animated neon-blue monsters that remind me of the demon from Rock & Rulethat swerve around MacLeod as he says some pointless crap. This scene makes no sense (BIG LIPPED ALLIGATOR MOMENT.), but who cares? 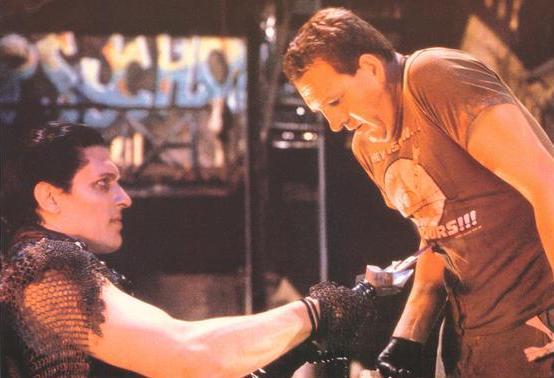 The film is just silly. REALLY silly. There were 2 scenes that made me laugh so hard (unintentionally, of course.).

The first one was in the beginning when MacLeod fights another immortal like him in a parking lot of a wrestling arena. It's a decent fight scene until MacLeod's opponent starts doing backflips. Why? What's the point? This isn't Mortal Ballet!

The second scene is suprisingly the sex scene between MacLeod and Brenda Wyatt (Hart). It's when Brenda finds out that MacLeod is immortal. They just stare at each other and then start making whoopee. Again, WHY? Is it because it's an R-rated fantasy epic and every one of those films need sex scenes? It's like a drive-by sex scene, it just came and went! 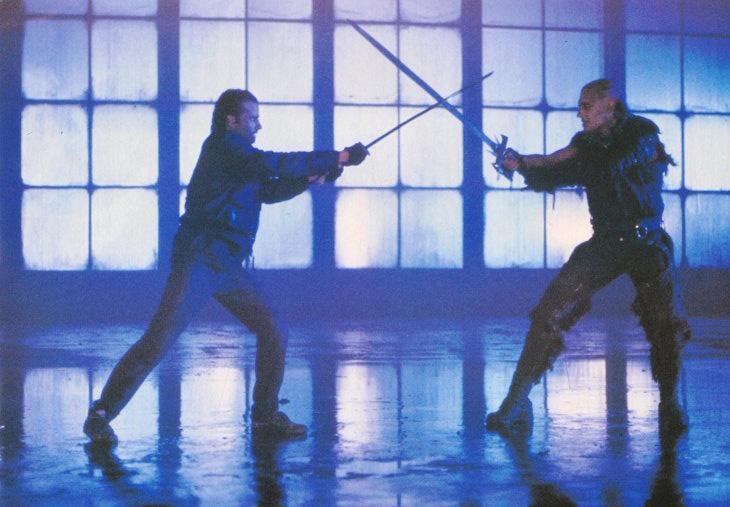 MacLeod and The Kurgan duke it out to see who will be cast in future sequels. 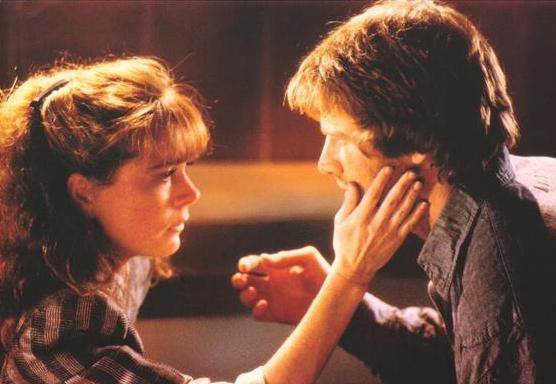 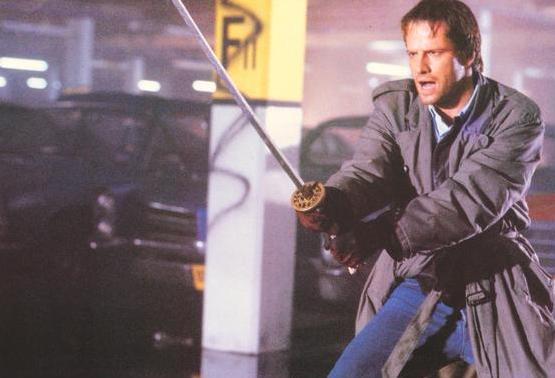 "THERE CAN BE...Oh, dammit. How did the rest go again?

Highlander is extremely stupid, but it still kicks ass. Rockin' songs by Queen, Good performance by Clancy Brown, a stellar ending, it's all good. Will I see the sequels that eventually spawned after this flick? Only time will tell...

5
Caps_2-0
A Talk With Jewel Shepard
She played Casey in Return Of The Living Dead, but there's much more to her than that..
An unhandled error has occurred. Reload Dismiss