The only time when fart, poop, and pee jokes are a-OK.
By Nails105
On 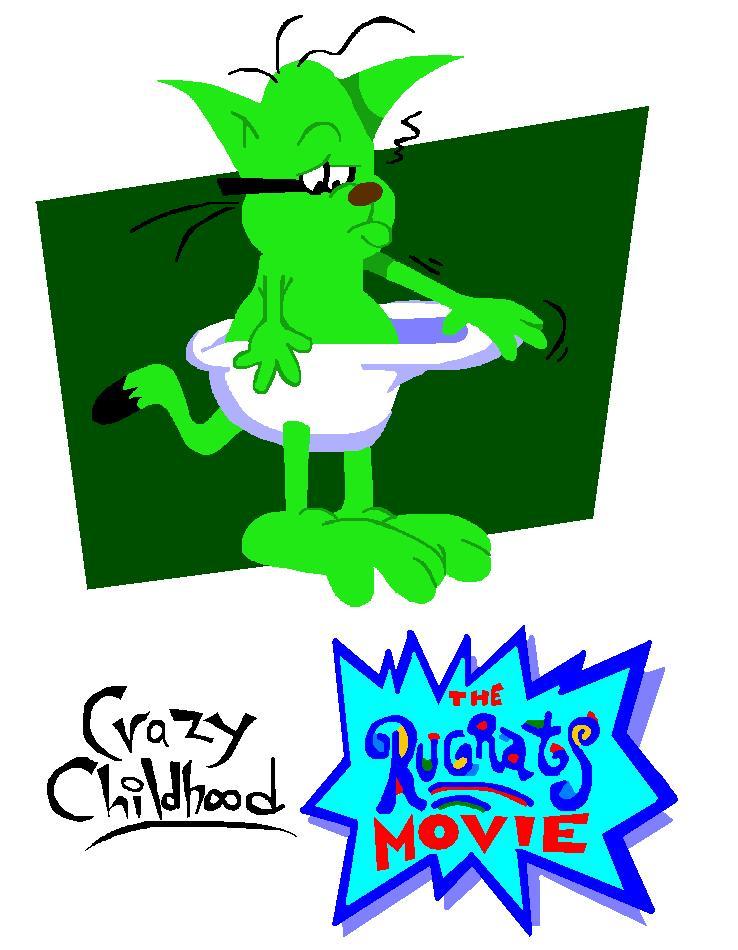 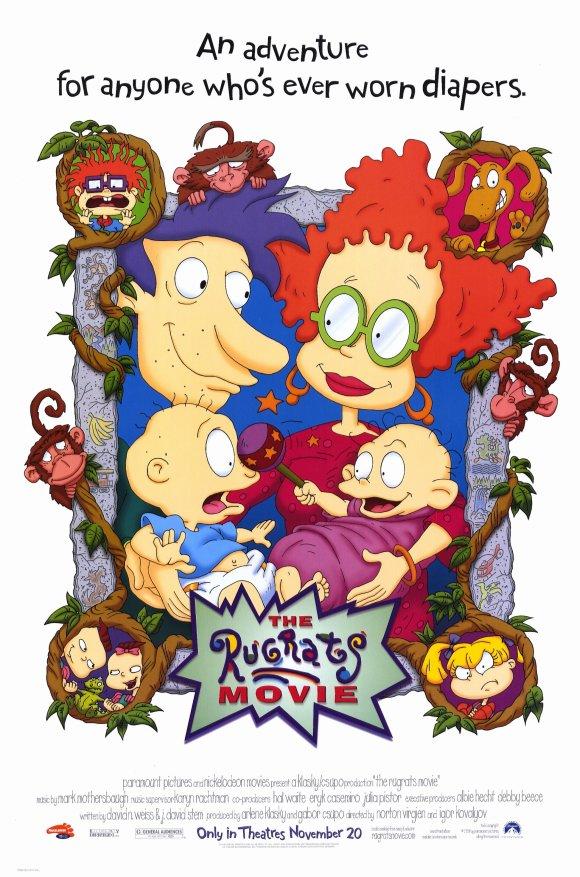 Children will applaud! Adults will duck for cover!


Oh, God, you have no idea how much I LOVED the Nickolodeon cartoon Rugrats as a kid. Looking back, I'm not sure why I loved it. I was a cartoon junkie back then (still am!), so I guess any cartoon that was on, I would squeal like a Twilight fan looking up Robert Pattinson pictures on Google.

So there's not much to say about this cartoon. I loved it back then, so you bet your ass that I watched this film when it came out in 1998. In fact, this film was one of my major video rentals back when my video store sold...well, VIDEOS. 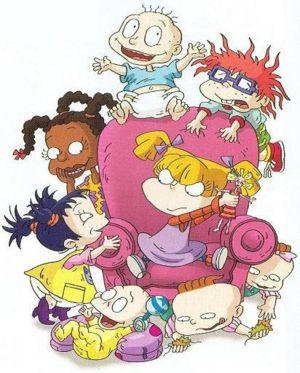 But as I got older, my craving for cartoons expanded, so Rugrats and the movie soon became a thing of the past. It wasn't even until a few days ago when I bought the movie on DVD at the glorious West Edmonton Mall. Does this film withstand the sands of time or has it aged over time? Well, as Tommy Pickles would say, "hang on to your diapies, babies! We're going in!" 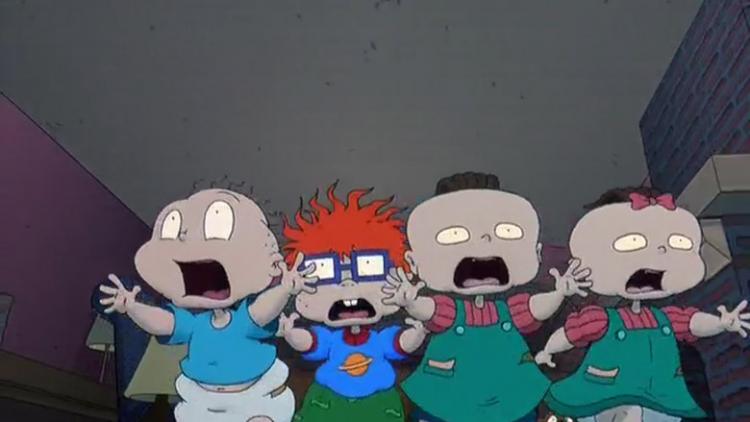 "Run for your lives! The film's OK reaction is on our tail!"


But befire we actually dive in, I guess I should take a look at the opening short that started off the movie in theaters and on home video, and is living life on the DVD. It's the "pilot" of the then-newcomer CatDog, and I must admit that this short is the weakest thing about this movie. 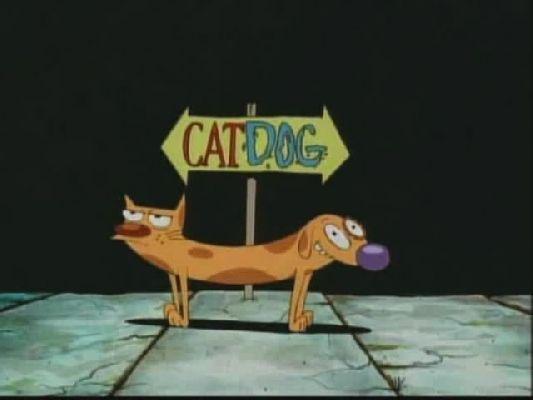 Don't get me wrong, I don't hate it, and I did watch the show as a kid. It's too short (runs about 4 or 5 minutes), and it feels like a frickin' clip show featuring clips from previous episodes, even though it's the "first" episode!

WHAT'S THE MOVIE ABOUT?

All is right within the world of toddler Tommy Pickles (Daily). That is, until everything is ruined by the arrival of a new baby brother named Dil (Strong). And as usual, Tommy feels ignored with Dil recieving all the attention.

Tommy's friends Chuckie (Cavanaugh) and Phil & Lil (both played by Soucie) try to help out their best friend by using the "Reptar Wagon" to take Dil back to the hospital. Tommy, now with responsibility on his shoulders, tries to stop them, but they all end up riding through a dark forest in a Reptar wagon. It's up to the parents to try and find them, while the babies must survive the wrath of the forest and it's inhabitants. 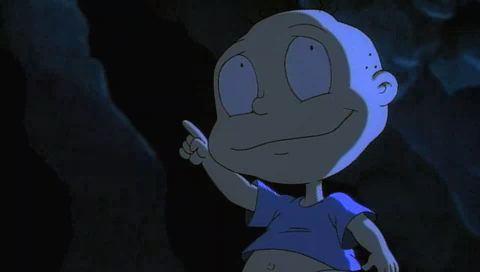 "Please go to sleep, Dil...don't make me get out the man-eating sharks."

WHAT'S BAD ABOUT IT?
Honestly, there really is nothing TOTALLY wrong with the film, but there have been two things that sorta get under my skin:

- As a kid, I always felt that the colour scheme felt really off to me. When you watch an episode of the show, you'll see that all of the characters look vibrant and colourful. When I see them in the movie, it's like as if you were wearing a pair of really dark sunglasses the whole time. The characters look pale and dingy, and the backgrounds around them look faded. At times, it improves, but goes back to looking like a modern 3D movie that you watch with those stupid modern 3D glasses.

- Secondly, this is a problem that actually came to me a few days ago, after I finished watching the movie for the first time since I was little. How come Angelica has the ability to talk to 1-2 year old babies? And how can they talk back? 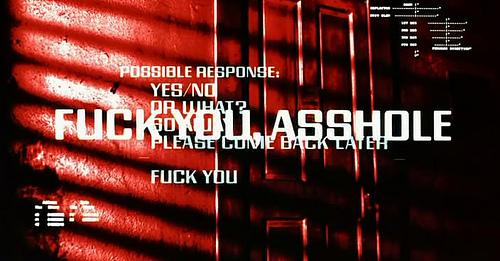 Despite the weird colour scheme, the animation is nice to watch, if not remarkable. But that's OK. It pretty much looks like the original show; goofy, bizarre, and the babies still look strange without teeth.

Believe it or not, the film actually has songs. Yes, songs. No, it's not a musical, but there are songs written especially for the movie, including Busta Rhymes' kick-ass song "On Your Mark, Get Set, Ready, Go", which is played during the scene when the babies are driving the Reptar Wagon downtown. I know Disney has tried to raise the stakes in animation in the 90's, but have ever tried to put a RAP song by BUSTA RHYMES that includes the word ASSHOLE. I'm damn serious! The song's on Youtube, listen to the song, and bring up the lyrics. And you can even hear the word during the scene!

A scene from Okey Dokey Jones: Kingdom of the Crystal Diaper.

There's also the song "This World's Something New To Me", performed by a majority of the media's most popular artists, including Iggy Pop, Lou Rawls, Beck, Lenny Kravitz, Dawn Robinson, Laurie Anderson, and many more. The song is fine, but really, it's only made to boast off the guest voices.


And finally, despite not having seen the movie for nearly a decade, I remembered...every...single...frame...of the film when I started the movie. I do not kid you. Every line, every scene came back to me to haunt my mind. When I usually re-watch a childhood classic of mine, I tend to remember only a few bits and pieces. This is not the case here. Is that considered to be scary?
I didn't even care how good or bad the movie was. The only thing that was running through my mind was how on earth could I possibly remember something that was kept shut from my memory? Am I normal?

You may see a clueless dog....I see Bruce Willis.

Why is the news reporter using a Wendy's Kids Meal toy instead of a REAL microphone?

Despite being forgotten by many over the years, The Rugrats Movie is a movie that somehow manages to stand the test of time. It's considered to be forgettable by many critics, but whether I like it or not, this film will now be in my memory for a long time.

As for my overall rating for the film, I decided to ditch the rating for this particular film. The last time I did that was for the 80's film Heathers, but that was only because thast film was so bizarre, yet incredibly well-made. Is that what this movie is? Bizarre and well-made? Well, it's not too bizarre, and it does have flaws, but I'll overlook them this time. I don't think it'll be one of my favorite movies of all time, but I recommend it simply because it hits a 10 on the childhood meter.

12
Quote O' Matic
Ash and jogger: "Ash: "Sabrina had this picture of her family in her room. If you have this same picture then that must mean you're...." Jogger: "*thinking* Aaaagh. Does he know? He must have figured it out by now. From everything I've said he must realize that I'm Sabrina's father!" Ash: "That must mean you're a photographer!" *Jogger falls over* Pikachu: "Pikachu." Jogger: "DON'T YOU SEE?! DON'T YOU GET IT?!" Ash: "Get what?" Jogger: "Uh, nothing.""
Pokemon