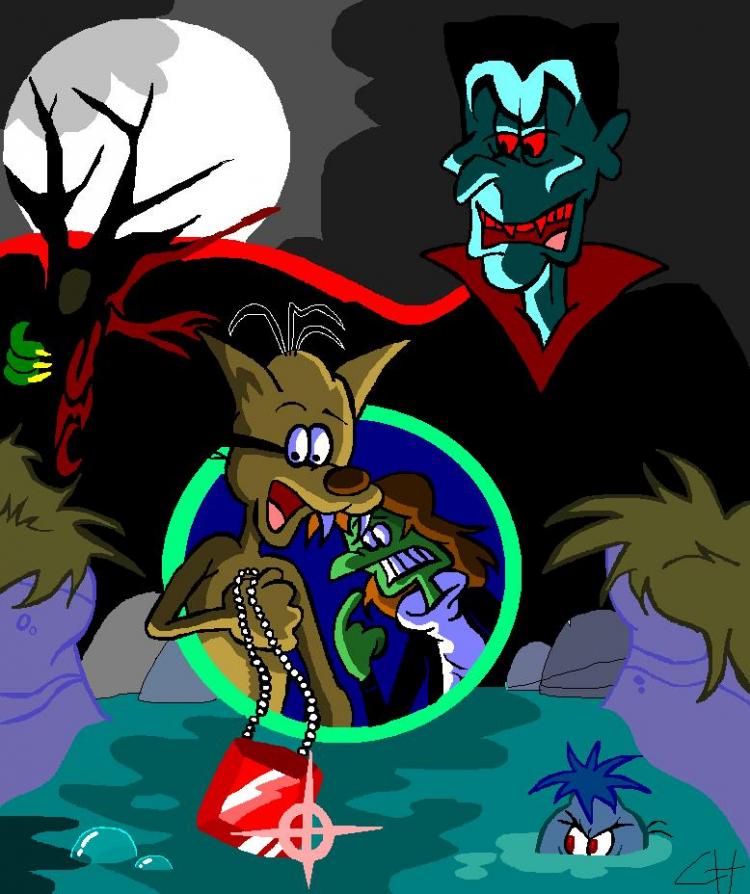 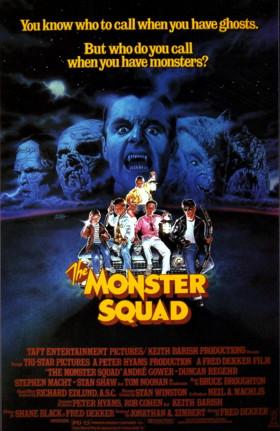 Well, Halloween is almost here, thus nearing the end of Halloween reviews. What could we take a look at? We've already look at Michael Jackson as a zombie, a shrinking machine that shrinks kids, and three mediocre tales of not-so-scary horror. What better way to end Halloween month than to look at something with all the classic monsters all in one place! 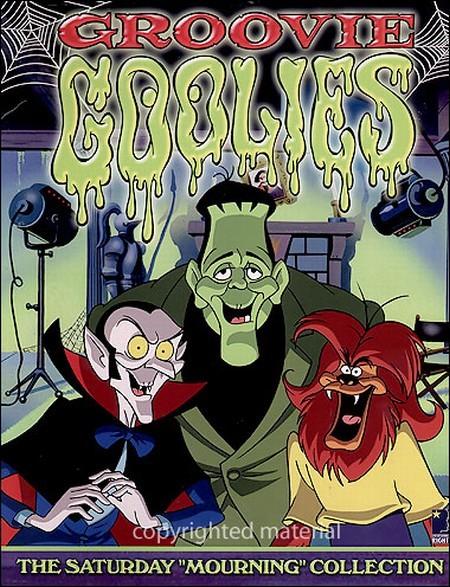 No, not that! Get that out of my face before I hurt someone. I'm talking about The Monster Squad! And, as a special Halloween treat, we got ourselves a guest reviewer! Not so sure how that's possible for a written review, but let's give it up for RetroJunk member Buddy_Rivell!

Hello everyone, Buddy_Rivell checking in from Crazy Childhood HQ. Before I begin, I'd like to thank Nails for letting me collaborate with him on one of his infamous CC articles. He is a heck of a guy and post, in my opinion, some of the best writings on this website.

Ah, Buddy_Rivell. You say the nicest things. And by the way, folks, I am NOT holding him at gunpoint. Anyways, I guess we should get started.

So without further ado, I give you my Crazy Childhood take on The Monster Squad.

HEY! Watch it, pal, WHO's Crazy Childhood is this?

[itaic]This 1987 film is one of many 80's movies close to my heart, and the fact that today it still stands the test of time today speaks volumes to me. This is your standard 80's friend flick. It has your main stereotypical clique: The Fat Kid, The Cool Kid, The Kid younger than all the other Kids, The Non-Risktaker Kid, and your main protagonist, the Kid in Charge.[/i]


Gee, I wonder where I heard that before? 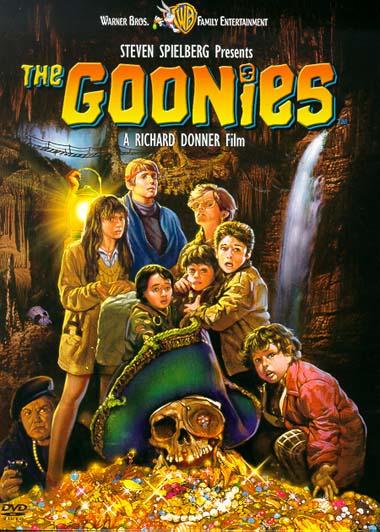 The movie begins with a flashback to Dracula's Castle where a mob of villagers headed by Van Helsing, no not Hugh Jackman, bring their female virgin to stop Dracula from his evil doings. It appears to work, however it doesn't. 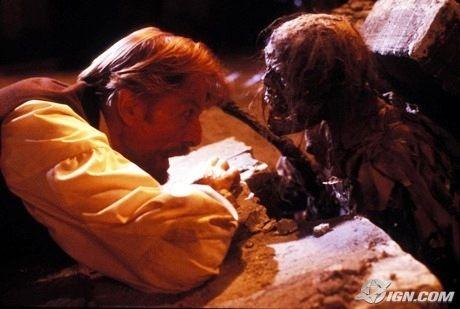 Wow. That's about as anticlimatic as opening a can of beans.

Fast forward to present time of 1987. Our main character's mom finds a book at a garage sale that thinks would interest him. After excitement ensues, the main character Sean (Gower) is disappointed because the whole book is written in German. I'm pretty sure Hitler is saying "Gotcha!" in his grave right now.

Skipping some not so important things, we realize that the town is now being occupied by The Mummy, Wolfman, Creature from the Black Lagoon, Frankenstien's Monster, and their leader, Dracula. The whole purpose of them being there is to kill our friends known as the Monster Squad and retrieve Van Helsing's book.

At the Monster's hideout, Dracula sends out Frankenstein to find the kids and kill them. Um, you do realize that the guy tosses flower petals into lakes. Getting him to kill kids is probably not a good idea. In the mean time, the Squad goes to a scary German guy's house, who just so happens to be called "Scary German Guy", for him to translate the book.

They find out what's going on and freak because the date in the book is a day away in real time and would make the 100th anniversary. On their way back to their clubhouse, They are encountered by the Sean's sister who has just met Frankenstien's monster. He is now joining the fight against Dracula and his group of Ghoulies. 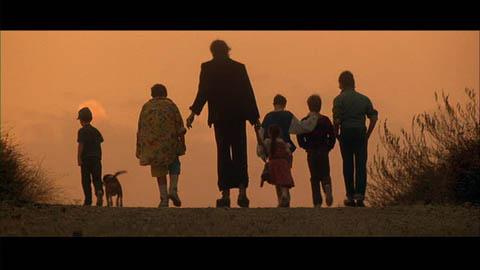 The 7 now start to prep for the final showdown against the Monsters; arming themselves with Silver Bullets, Bow and Arrows, Wooden Stakes, so on and so forth.

All they need is a copy of Zombie Nightmare. That crap could drive anyone away into a vortex. Yes, it's that bad. 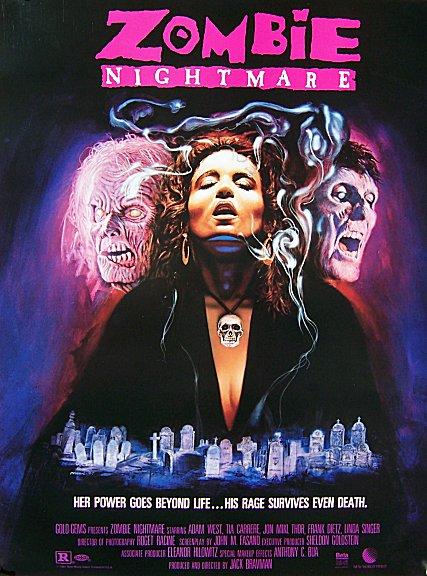 The night of the attack, many things take place leading up to the grand finale. Short version is, Fat Kid, Young Kid, Leader Kid, and " Franky," get in Drac's place, find the diamond, narrowly escape and meet back up with Old German Guy, Little Sister, Cool Kid, Unrisky Kid, and a new addition, The " Virgin." She was accrued by her brother, aka Unrisky Kid, and Cool Kid to be the " Virgin" to banished the evil team of Monsters back to Limbo forever..well, stuff happens. They come across Mummy who the take down by tying a loose wrap to an arrow and shooting at a tree, thus resulting in driving away with the Mummy hanging off the back of the car they're in and unravelling. 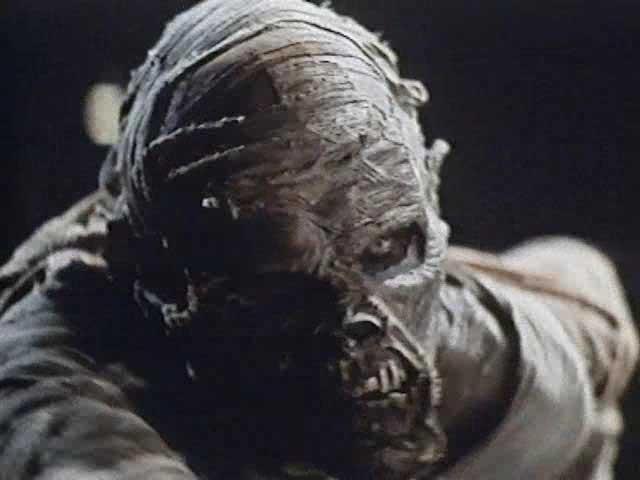 Fast forward to the finale. While fending off Drac, Drac's Mistresses, Wolfman, and the Creature, The "Virgin" says the seance and nothing happens. SPOILER ALERT! She is indeed not a virgin. "There was this one time but it doesn't count." Yeah, I wish it was that easy, sweetheart. Cool Kid takes out Drac's Bitches and the Werewolf, and Fat Kid ta... 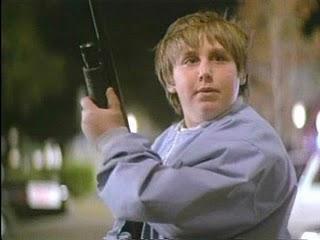 "My Name is HORACE!"

"Horace" kills The Creature. So to wrap this up, no pun intended, they decide that the little sister can do it because she is a virgin. She is almost complete until Dracula grabs her. As if certain doom was about to begin, our hearts are filled with Joy again. Frankenstien ain't having that and saves the girl while seemingly killing Dracula. The spell is complete and a portal to Limbo opens. Things start getting sucked in. While our Protagonist is holding onto his dad, Drac pops outta nowhere and seems to be bringing him into Limbo with him. He manages to grab a wooden stake and stabs Drac with it. He lets go and Dracula is put in the portal where we see Van Helsing grabbing him and giving our hero the good old fashion 80's Thumbs Up. Everything goes back to normal. The End.

So that's pretty much The Goonies, I mean, Ghostbusters, I mean---ah, you know. Let's just get to business. Is it good or bad? Well....


The premise of the story: I find that this was every kids dream, hunting down monsters and saving the day at the end. I only wished such a club was in my neighborhood growing up.

I liked the premise, too, though I thought would star teenagers as the heroes, which I think would make the movie a little dark and dramatic. But the kids do alright here.


I felt the Monsters were pretty spot on, with the exception of Wolfman. Not only does " Wolfman have Nards," but he also has a face that I could easliy mistaken for Rocky Dennis from the movie Mask. But Franky looked amazing. In no way, shape or form did it look like a cheap make-up job. Dracula was frieghtening and had legitamate bat form. The Creature from the Black Lagoon was pretty amazing too. No zippers exposed. Looked like the real deal.

I think this film has one of the better potrayals of Dracula ever. He's cold and commanding, and doesn't speak in that cliched Transylvanian voice all the time. Plus, you he's badass when he calls a little girl a bitch!


This Movie had action from possible head on car collisions, explosions, stakes through hearts, bullet holes all over bodys, roofs collapsing. I tell ya, even the transformations, though few were shown, with Drac and Wolfman kept my eyes on the tube.

To be honest, I though the makeup effects by Stan Winston weren't all that great. They're not horrible, it's just it's not his best work. It just looked like there was not a whole lot of depth put into them.

Plus, it's quite obvious to see that this could possibly be a Goonies/Ghostbusters ripoff. You got the obnoxious-yet-likable kids fighting off some supernatural forces from ruling the world and they befriend a misunderstood monster with a heart of gold. Yeah. But I guess no obe seems like to mind, like how everyone seems accept the obvious Simpsons rip-off Family Guy.

Honestly, very little of this movie pissed me off. However, I do believe they could've had more transforming scenes. I understand it's the 80's, but An America Werewolf in London even had detailed transforming scenes, and it was an older movie.

Some would say The Cheese is this movie is God awful, but I am a firm believe that cheese in 80's movies is like Spaghetti with meatballs: you can't have one without the other.

The only other problem I had with the movie is bringing up plots and not solving them. For instance, you find out the main character's parents are having marital issues at the beginning of the film only for it never to be heard of again. Now have mind you, I didn't want to see this film for that. If I wanted to see that film, I would've watched the floating bag filled film American Beauty. But the whole point is the premise. Don't start something and not finish. Or you never find out why the monsters are brought there on a plane. You find more out about the pilot's dissatisfaction of his job then the back story about the monster's being on that plane.

All in all, I think this film is pretty good. Between the action, lame 80's dialog, and the story, The Monster Squad is amazing. I highly suggest this movie to anyone who want's to feel young again and re-live adventures of our's from yesteryear. I rank movies based on how much I was entertain and how often I feel the need to watch them with 5 being highly entertaining and it would never leave my DVD player. Monster Squad ranks in at a very confident and strong 3.75/5 for me.

Once again, thanks for reading and thank you Nails for letting me in on one of my favorite additions to this site. Take care everyone.


Yes, you're welcome, my friend. As for me, the film is fine Halloween shlock. Despite the obvious ideas from much better films about ghosts and mystery, it's enjoyable enough. The kids are likable, Dracula is pretty bad-ass, the premise is intriguig, even though I think it could've used some dark turns, and how could you possibly hate such classic one-liners like:


Well, that's it for my Halloween month. Have a happy Halloween, and stick around for some for Crazy Childhood goodness along the way!


Special thanks to Buddy_Rivell.
13
Login To Vote!
More Articles From Nails105