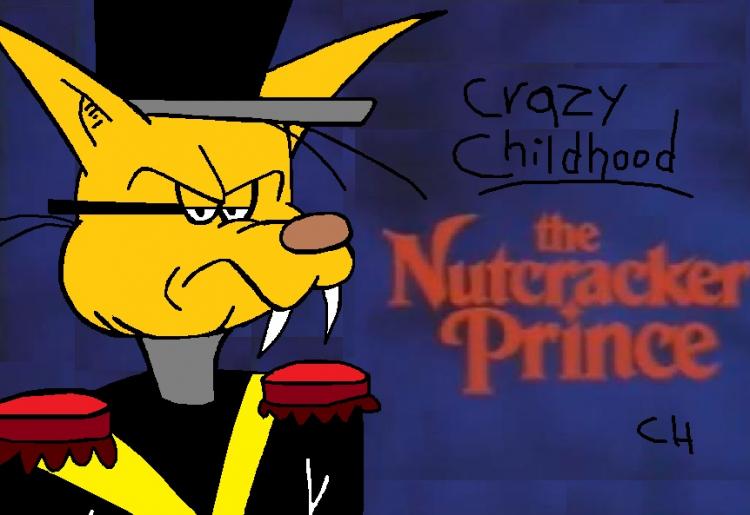 For more pics by yours truly, check out Cartoonlover16's account on Deviantart.com. 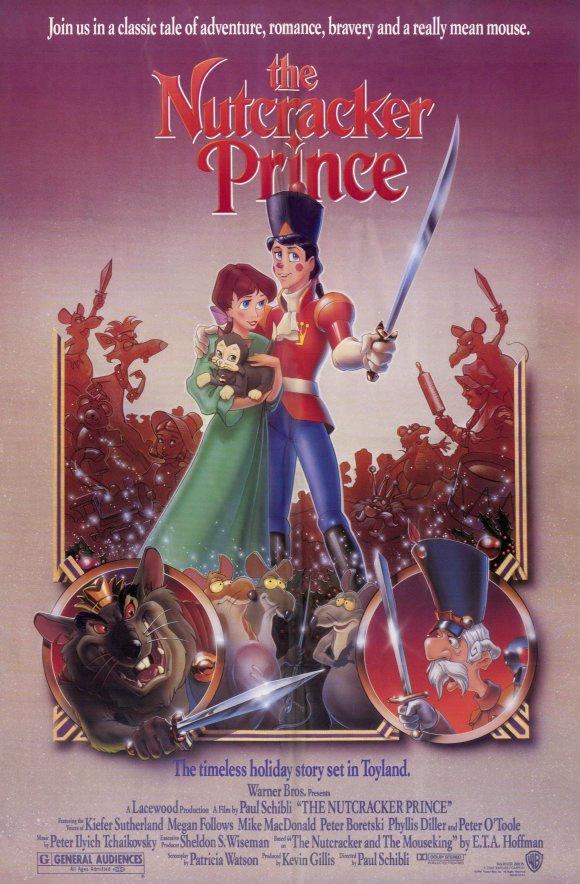 Too bad the movie isn't badass like this poster.


Ah, the holidays. What a wonderful time of year. A time when families can get together to share some wonderful memories together. The presents, the sparkling lights, the carols sung by your irritating neighbors, it's all good.

But then there's a certain memory during the Christmas season that you wish to forget, whether it be your creepy uncle telling you the story of how he lost his eyes at the dinner table, or the stink bomb your little brother put in your stocking on Christmas Eve night. 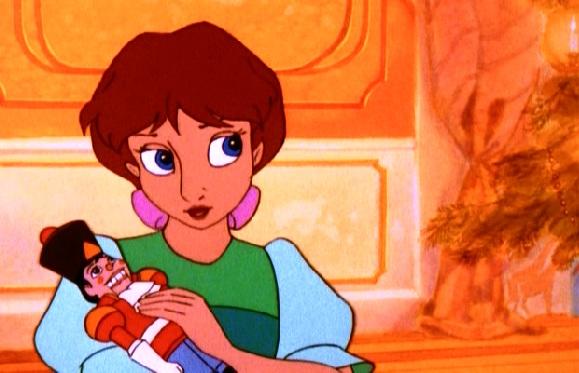 
The Nutcracker Prince, one of many adaptations based on the beloved story by E.T.A. Hoffman, is like watching the human characters in The Raccoons. It's "cute" levels are way off the charts, totally unnecessary, and makes me want to see Bert Raccoon's shenanigans even more. And considering who's behind this tasteless candy cane of a movie, I really wish he (and the other cast) were in this.


As it turns out, the film was entirely made in Canadian-animated studio Hinton Animation Studios, the place that animated The Raccoons from the second season until it's cancellation. The show's producer, Sheldon S. Wiseman, wanted to expand from television to feature-length work, and so he approached Warner Bros. with the idea to turn the timeless story into an animated feature. 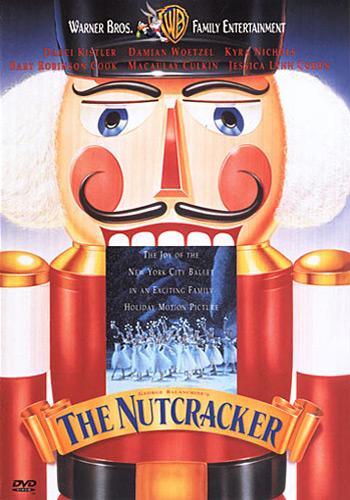 ...even though WB would release THIS upon the world three years later.


As expected, the film flopped at the box office, which led to an argument between Wiseman and Kevin Gillis. The argument resulted in a bitter end to a partnership and the two went on to form new animation studios over the years.

I'm sorry, I think I lost my train of thought. Wasn't I talking about some cartoon about a nutcracker? 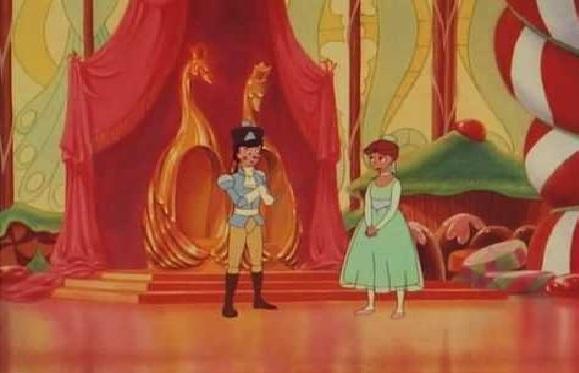 "Don't worry, Clara. We'll rule this kingdom together once the animators draw in some subjects into this scene." 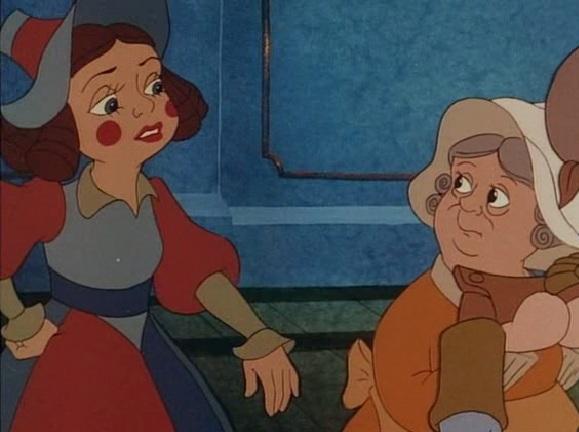 A young girl named Clara (Follows) is delighted with her gift of a nutcracker on Christmas Eve, from her toy maker uncle Drosselmeier (Borteski). He tells the tale of how his nephew rescued a princess and was promised her hand when the evil Mouse King (MacDonald) turned him into the nutcracker, making him a prince only among dolls.
That night, Clara has fitful dreams about the battles between the Nutcracker Prince (Sutherland), backed by his legion of toy soldiers (including a commander voiced by Peter O'Toole), and the enormous mouse and his minions. When the prince is finally victorious, he invites her to come to his doll kingdom, a world of flying swans, sugarplums, and ballerinas. 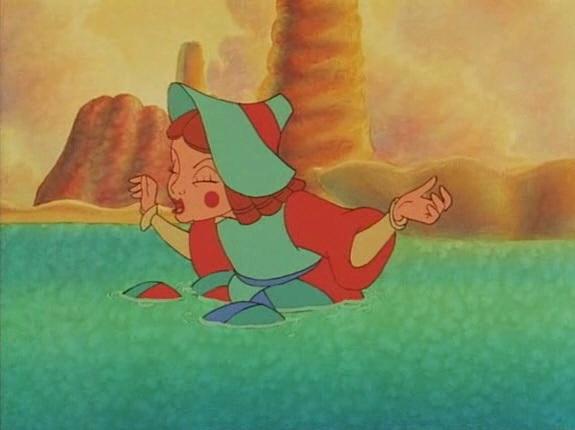 The animation and character designs are not too bad, especially during the final scenes. Though it was made on a low-budget, at times it felt like watching a Disney film from the 80's. It's no Disney, but at least the characters move, unlike Saturday-Morning cartoons.

I also love the final love ballad a lot. The song is called "I'll Always Come Back To You", by Rachelle Capelli. Again, it's not up there with the love ballads of Disney, but it's a nice, gentle song that gives me a warm feeling every time with it's decent (yet sappy) lyrics. If only it stuck on a much better movie.


There's an extremely long scene in this movie where the style changes from regular Disney-look-a-like to a really cheap cartoon style. It's when Drosselmeier tells the story of how his nephew Hans turned into a nutcracker. Everyone except for Drosselmeier and Hans is loud and bouncy, and acts like a frickin' idiot. Believe it or not, I actually wanted to go back to the generic Disney style instead of watching this out-of-place tripe. 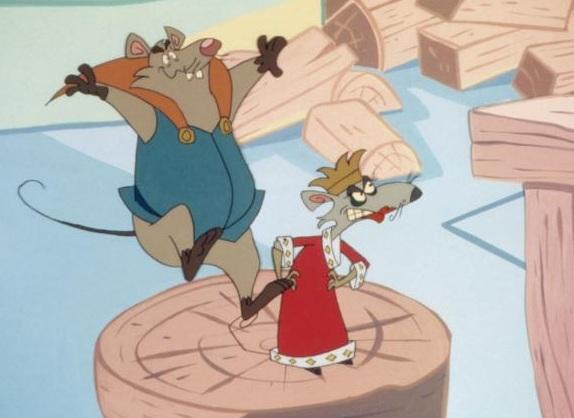 "We're not annoying yet? WE CAN FIX THAT!"

But the main problem with the film is that it's just BORING. The film only runs for a little more than 70 minutes, but it feels like it takes forever. Most of the film is that annoying segment mentioned above and TWO battle scenes between the Nutcracker and the Mouse King. Fight scenes don't make EVERY movie interesting.

I don't mind slow-paced films if they give us proper character development. But here, it concentrates so much on so much pointless scenes that most of the characters come across as flat and the rushed ending feels empty to me. 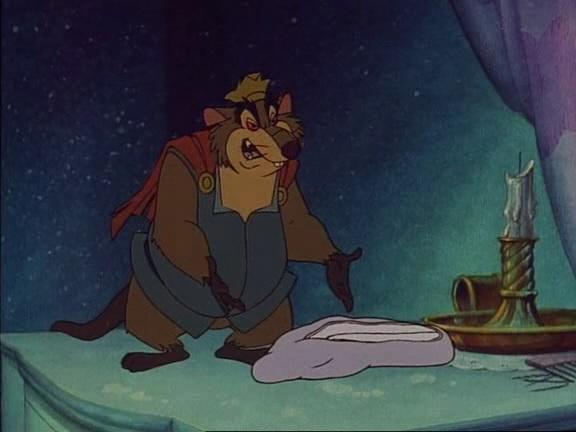 "Is this the little slipper I caaaaaaarried?" 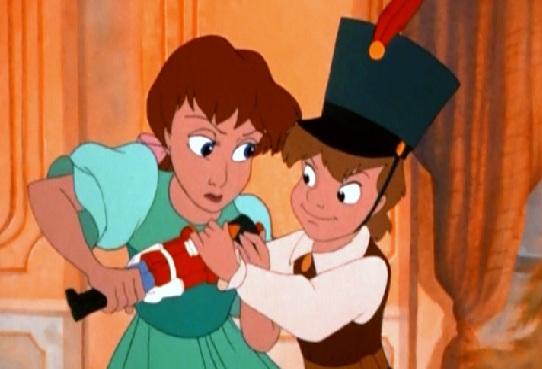 "I told you, this is MY PRECIOUS!" 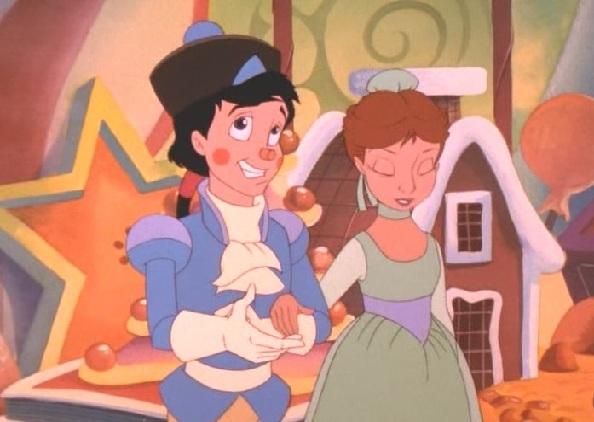 Despite some good animation and a nice pop ballad, this isn't the worth your time. It's just boring. But if you need more proof, the characters are forgettable, and it's the first film that's both loud and the perfect antidote for insomnia. There's much better Christmas movies out there, so I suggest you give this one a skip, unless you want this to make your kids fall asleep just before Santa comes. At least it's good for that.