SEGA vs SNES and my childhood

Console loyalty, a decision you make before you can barely speak, or a conscious decision?
By System
On
As an American citizen, I grew up absorbing a hodgepodge of fads, trends, and one of the most fascinating nuances of our capitalist infrastructure, brand loyalty.

Yes that’s right, as a child born in the late 80’s, I spent most of my childhood in the 90’s. It almost seems as if the 80’s never happened, but the 90’s I remember quite well. Being raised by a television seemed commonplace enough, but the effect it had on me as a child only became apparent after a bit of reflection.

Yes, that’s right, even as a child names such as Coke and Pepsi slipped in to my head. McDonald’s or Burger King, DC or Marvel, but the one that seemed to impact me the most was Genesis or Super Nintendo.

I grew up with an unwavering loyalty to my Sega Genesis, even though throughout the 80’s we owned the original 8-bit Nintendo. The thing is, even though I beat Mario for my first time when I was three (without warp tunnels mind you), my cognitive growth really occurred over a solid decade of exposure to the joys of Sega Genesis, the essential arcade experience in your living room.

Sonic always toppled Mario in my book. I grew up with no qualms about what I now know is considered a relatively unpopular opinion. I know the vague nuances, such as the Super Nintendo’s amazing sound versus the bleeps and blips of the Genesis, however Super Nintendo was less of an arcade console, thus shifting their priorities in the creation of the initial prototypes.
Recently, I helped a friend of mine move in to his apartment, when I noticed the Super Nintendo sitting in a corner gathering cobwebs and dust, I grabbed the once in a lifetime experience to take the free system home, controllers and all, and I began my quest to balance out the equilibrium in my nostalgic gaming experience.

Seeing as I already had a collection of 120 games for my Genesis, I realized I had some work to do in order to truly balance the scales. I became familiar with the endless licensing under Nintendo’s name that clearly outnumbered the licensed names under Sega’s belt.

Megaman, Donkey Kong, Samus, Chrono, Link, and yes, even Mario, all became familiar names to me, and as I played the many platformers, and RPG’s I realized my misconceptions were greatly overdrawn. “What a versatile machine!” I thought to myself.

At this point, I genuinely think Super Nintendo is a better system, HOWEVER, the Sega Genesis wins this close encounter by default. The fact of the matter is I still believe brand loyalty can speak volumes about someones personality, and I have pride that I grew up with the Sega experience.
The blood, the brawls; everyone knows Streets of Rage Two is the best side scrolling beat’em up of that era, Final Fight can’t touch that. Sonic One is also an incredible game (before all that awful anime crap ruined the series.. still decent games).

Golden Axe, Toejam and Earl, Vectorman, Kid Chameleon, no matter how you slice it, these systems are here for our entertainment, and having both of these systems, and what is now a growing collection of 60+ Super Nintendo games, provides an incredibly wide array of entertainment.

Hopefully I’ll have these systems for years to come, so I can show my kids the joy and simplicity of a three or four button controller and the heart and soul of a system as I blow in to yet another cartridge, eternally grateful for the radiant light shining from the TV screen on another Sunday morning. 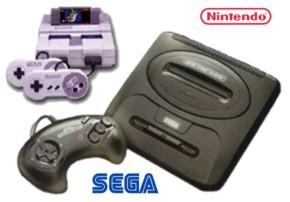 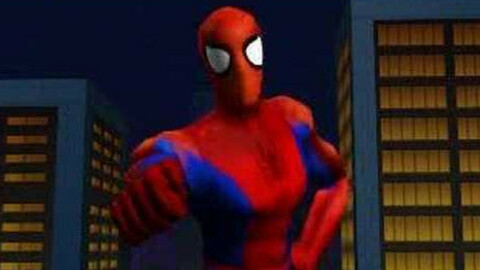 20
Spiderfan05
Growing up with Playstation
A run-down of my fond memories with the PS1
An unhandled error has occurred. Reload Dismiss