A mostly episodic series that is half comedy, half crime drama. It stars Ryo Saeba, the famous "City Hunter" in which is a renowned sweeper whom excels in his skills. An expert marksmen and skilled in hand-to-hand combat he accomplishes his jobs with great expertise. However there is one bit of a quirk about him. He is a completely hopeless pervert. Always willing to perve on any healthy young woman in any way he can. (Though the fact that there are several well-endowed young ladies in the show. Including an old flame of a police detective and her equally endowed little sister doesn't help either.) He has a tendency to go from smooth & calm to drooling pervert in just a moment or few. His eventual partner is Kaori Makimura, a young red-headed female whom becomes his partner due to certain circumstances. (Which I won't spoil and lets just say she wasn't his partner at first in this show.) She tries to be kind and patient but her tempter often flares especially when Ryo hits on other ladies. Does the show imply that she has secret feelings for him? Yes but don't worry they don't make a too big deal out of it. But he does care for her and the show does genuinely explain why over time. The show was given a rather obscure english dub in the 90's by ADV in which they used their now defunct VA studio by the name of Monster Island. The only changes I know of so far is that Ryo is now Joe and his old flame Saeko Nogami is now Sandra Nogami. Other than that the names and the like stayed as they are. 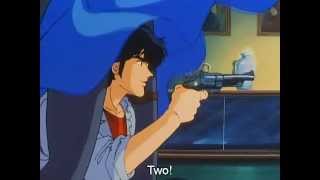 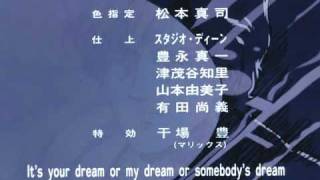