The Treasure Planet (original: Planetata na sakrovishtata) is a 1982 Bulgarian animated science fiction film directed by Rumen Petkov and produced by Boyana Film. The film is a science fiction adaptation of Robert Louis Stevenson's adventure novel Treasure Island. A villain wants to stop the crew from getting to a gem that will bring life back to earth. Not to be confused with the 2002 Disney film. 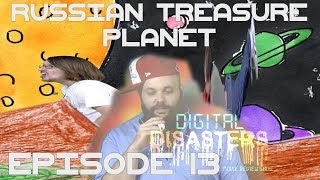 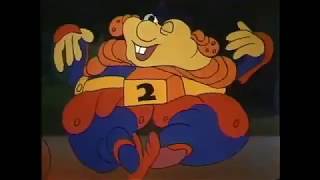 Are you sure you want to delete this YouTube video?
Quotes
Black Dog: "Philippe, you saved my life."
Philippe: "Hmm."
Black Dog: "No. You risk your own life to save mine. Thank you, Philippe."
Philippe: "Hmm."
Black Dog: "My friend, I'll devote my life to you."
Added By: Clint_Olson
Black Dog: "Excuse me! I like a hamburger with ketchup and mustard and onions and tomato and lettuce and a chocolate milkshake."
Captain Smollett: "Is that for here or to go?"
Black Dog: "I like to eat in here and take it with me, too impossible. by the way not that I'm interested, cause there's a young man Philippe with a treasure map ever come in here?"
Captain Smollett: "Did I hear you say "treasure map?""
Black Dog: "Who?! Me?!"
Added By: Clint_Olson
Long John Silver: "[reading a wrong map and grunts] It's a fake! Captain Smollett's switched star maps on me and gave me a map to all the movie stars! Homes and Beverly Hills!"
Parrot: "I don't know about you but, I'm getting outta here! Ciao!"
Added By: Clint_Olson
Are you sure you want to delete this movie?
Locate The Duplicate Entry For The Treasure Planet (1982)