The film revolves around a special team of trained secret agent animals, equipped with advanced tools that allows the mammalian members to talk to humans. The primary field team consists of Darwin (team leader), Juarez (martial arts), Blaster (weapons/transportation), star-nosed mole Speckles (cyber intelligence), and fly Mooch (reconnaissance). The unit's leader Ben, orders an unauthorised infiltration of the residence of home electronics and appliances magnates, Leonard Saber, the owner of Saberling Technology, who has been under FBI investigation. The team is able to retrieve sensitive information about a sinister scheme that is set to occur in 29 hours. However, when Ben's superior arrives for his evaluation, his astonishment at the team's capabilities and technology is overcome by his indignation at Ben's unauthorized mission and the fact that the downloaded intelligence appears to be useless information about Saber's coffee makers. As a result, the government agent orders the unit shut down, the equipment seized and the animals to be used as experimental subjects to be killed. With the help of their human compatriots, Darwin, Juarez, Blaster, Mooch, and Speckles escape with hopes of stopping Saber's scheme, but find themselves in a pet carrying case bound for a pet shop. The hamsters soon begin to work ending the scheme with the help of their new human owners.

0
Quote O' Matic
Superman: "Why do you think there's never been a movie made about you?"
Starfire: "Well… Has they're been a movie about you?"
Superman: "[referring to 8 films he's been in] So many, and more to come."
Wonder Woman: "[referring to her 2017 film, excluding her "BvS" and "JL" appearences] It took a while, but… Yeah, I have my own now."
Green Lantern: "[referring to his 2011 movie] And there was a Green Lantern movie. But, we don't- we don't talk about that."
Added By: STHerbs97
Teen Titans Go! To the Movies
Related Articles

16
System
Does Everything New Suck?
Five modern shows that you'd have been proud to watch as an eight year old. 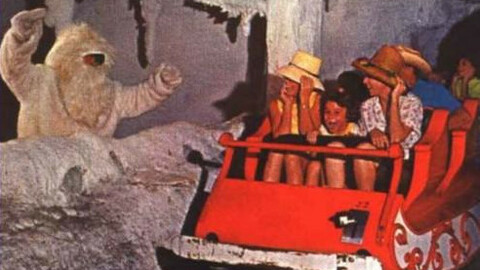 -5
Citry
Citry's "Wonder Years" in TV
Hello, I am Citry. I'm 23 years old, going on 24 to talk about my wonder years in TV.
Related Commercials