The plot of Jaws 3-D moves away from Amity Island to SeaWorld in Florida, a water theme-park with underwater tunnels and lagoons. As the park prepares to open, it is infiltrated by a baby great white shark which attacks and kills water-skiers and park employees. Once the baby shark is captured, it becomes apparent that a much larger shark, the mother, is present. The characters of Martin's sons from the first two films are developed in this film: Michael Brody is the chief engineer, and his younger brother Sean arrives at the resort to visit. The events of the earlier films are implied through Sean's dislike of the water because of "something that happened when he was a kid". The events and character development from Jaws 3-D is independent from the rest of the series.

This British TV spot was originally posted to YouTube by philo1978.

This trailer was originally posted to YouTube by JD95.
Posters Are you sure you want to delete this movie?
Locate The Duplicate Entry For Jaws 3-D

5
Quote O' Matic
Dr. Neuman: "I don't like it here."
Added By: Clint_Olson
Son of the Mask 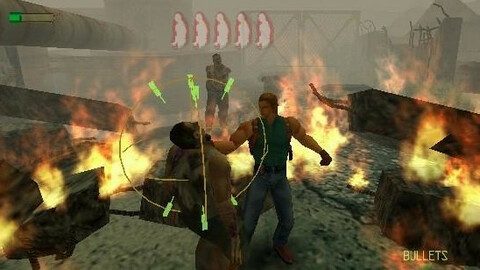