The animated crapfest that started it all!
By Nails105
On
Special thanks to RetroJunk user Forgotten sin for the pictures used in the article. 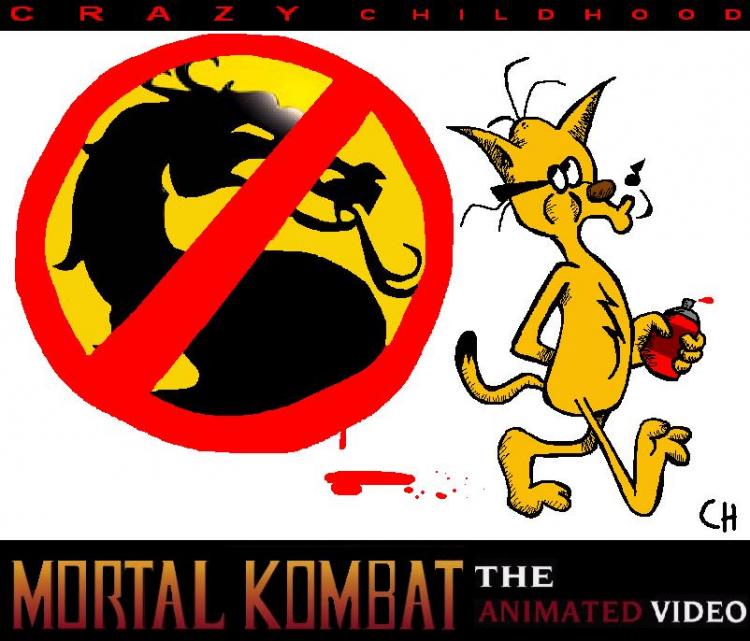 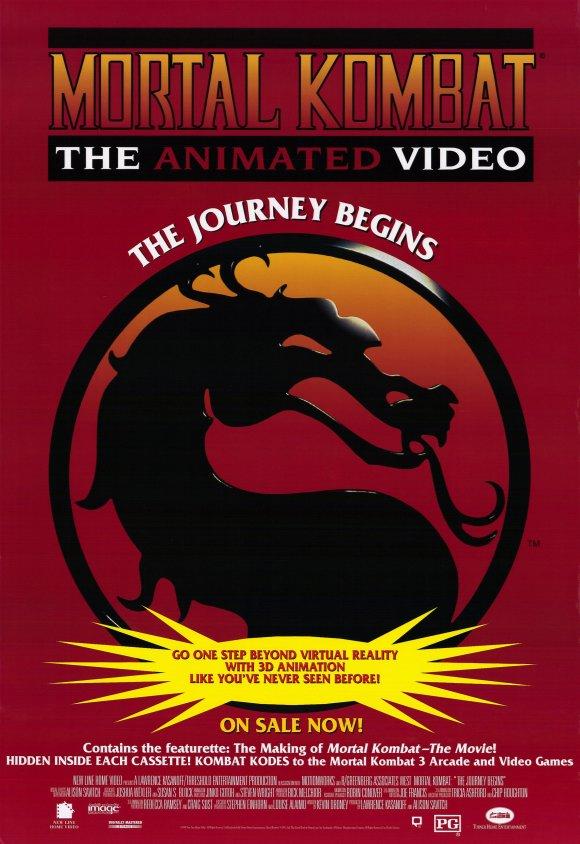 Before the adekuate Mortal Kombat film in 1995, before the cheap-ass sekuel Mortal Kombat: Annihilation made two years later, there was...something else. A prophecy, if you will, from the same year as the first one that was kreated to forewarn us of what was to kome our way later in the year. This obskure gem was known as the dreaded MK: The Journey Begins which is more of a kurse rather than a prekuel. 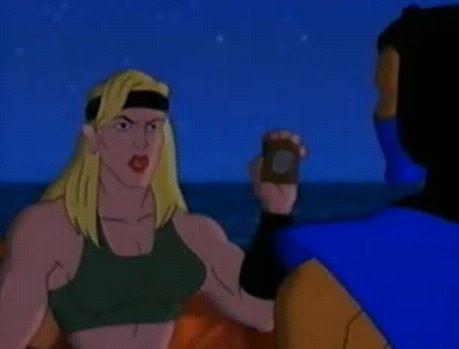 I mean it. This piece of animated shit makes Mortal Kombat II look like the Prince Of Persia movie. I don't even NEED to review this movie. You kan just look at some of these piktures and you kan pretty much judge for yourself how bad this kartoon really is. And if you ever read the deskription of this kartoon on Wikipedia before watching it, it actually sounds pretty kool:


Mortal Kombat: The Journey Begins is an animated film that was released by Threshold Entertainment in 1995 as a tie-in to the feature film that debuted the same year, and featured not only 2D cel animation, but also motion capture and CGI to tell the origins behind all of the first game's main characters.

Now that's sounds like a kick-ass film! Kombining hand-drawn animation with CGI and motion kapture sounds aktually interesting, but once I saw it, it was, well....let's find out. 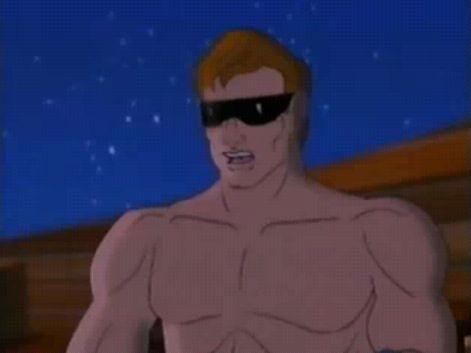 "If this is the Titanic I'm on, I don't wanna see no rapping dog."

Jim Cummings, one of my favorite voice aktors, plays Shang Tsung, the main villian. Cummings is well known for voice-over roles such as Darkwing Duck, and Dr. Robotnik from Sonic SATAM. He has the perfect quality for playing the bad guy in most kartoons, ranging from the big bad brute to the kold-hearted plotter. His performance as Shang Tsung is the only good thing about this krap. 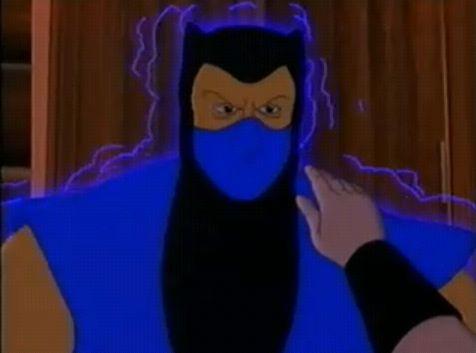 Boy, talk about the cold shoulder.
WHAT'S BAD ABOUT IT?

All of the animation tekniques used here are all awful. The hand-drawn animation looks jerky and sloppy, much like Titanic: The Animated Movie. In fakt, you kan look at a picture from this movie and the Titanic cartoon and it looks like they were made by the same people. 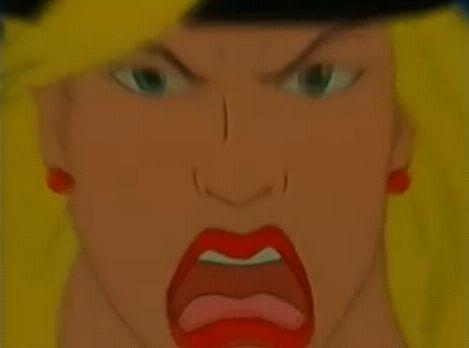 It's like I'm watching the making of this movie and this pikture is just what it looks like before addtional shading are put on. This teknique is used mostly for flashbacks and fight scenes, and as you would've guessed, the fighting just plain sucks. It's slow and kinda awkward.

To be fair, this prekuel might've worked a bit better as a short komic book. There's just not enough substance for a 60-minute-or-less kartoon. Just 5 pages of this nonsense would've been less torturing, and if that doesn't work, you kan always burn it in the fire. 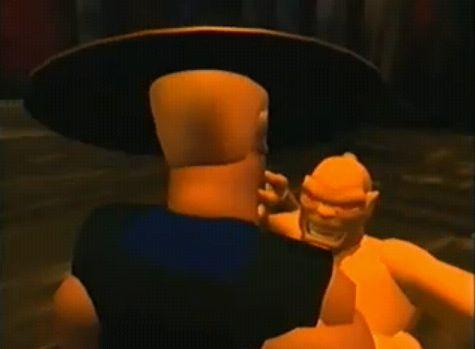 "YOUR MONEY OR YOUR LIFE!" 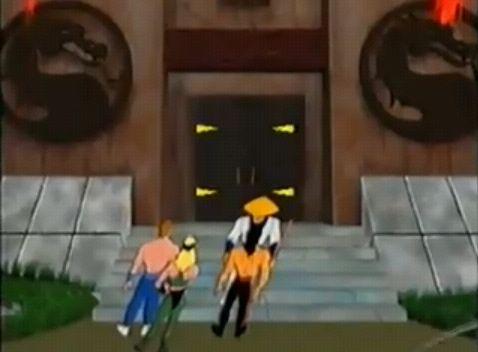 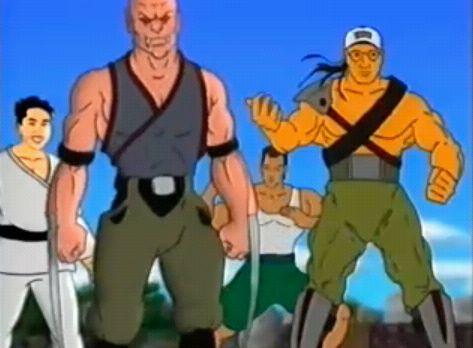 Dude, is that orange guy wearing a cap? What is he, Steven Spielberg on steroids? 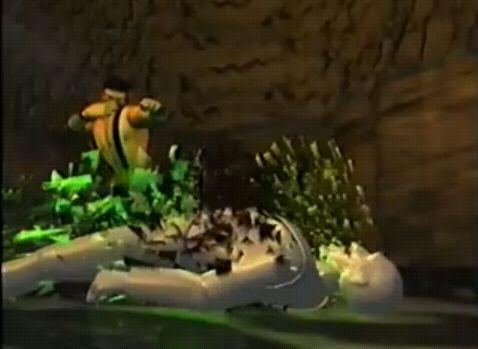 Oh no! Not another crash dummy!

This kartoon just sucks. Poor animation in all departments, little-to-no substance in terms of story, and it's just boring. But on the bright side, it was short and didn't take up much of my time and chances are I'll forget about it in the future. Still, avoid it at all kosts.


Coming up next: "AAALLLLLVVVIIINNN!!!!!"
13
Login To Vote!
More Articles From Nails105

14
Quote O' Matic
Meg: "He comes on with his big, innocent farm boy routine, but I could see through that in a Peloponnesian minute. -Meg"
Hercules