Who else was a bibliophile growing up?
By DigiDestined
On
I was born in May of 1986. Growing up in rural Canada, we had to live on three basic English channels and one French one. Not that I was ever hard done by, it's just that watching tv usually ended by about 6:00, at which point the after school shows ended and TVO started airing “Informative” programs. This meant I had to find my own entertainment for the evenings, usually in the form of books. Even when the cable lines reached my little town when I was about ten or so, I remained an uncompromising bookworm and still do to this day. While we normally talk and write about the movies and television shows of yesteryear, I think it’s time to acknowledge the role literature played in our development. In the spirit of retrojunk I have, with one exception, limited myself to books written in the 80’s and 90’s: 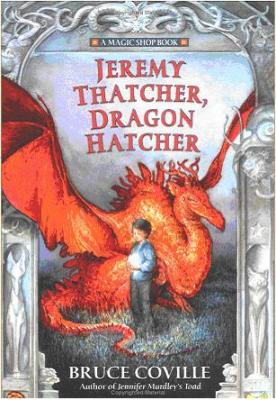 Bruce Coville- "Jeremy Thatcher- Dragon Hatcher"
If it weren't for retrojunk, I might never have re-discovered the name of this book. I was thinking of books for this article, and this one kept coming to mind as one that I still think about today. It tells the story of a young artist named Jeremy who takes shelter in a magic shop while running from some bullies (stumbling into the store was a recurring theme in Coville's "Magic Shop" series). He ends up buying a dragon egg and is forced to raise it after it hatches. What really stuck with me was the way Jeremy and the Dragon communicate telepathically. They rarely used full words, preferring to express emotions through colours (which tied into Jeremy being an artist). The ending is sad, but at the same time it inspired me. I must have first read this when I was in the 9 – 11 range, and for the longest time I couldn't remember the author or title. Which is weird because I remember reading a bunch of other Coville books. Retrojunk inspired me to spend a few hours hunting through "amazon.com" looking for this treasure. 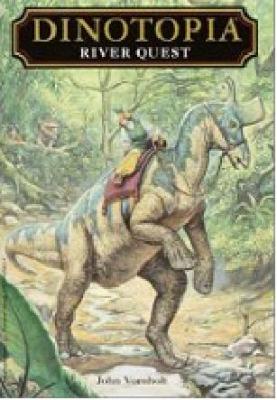 Various Authors- "Dinotopia Series"
What childhood could be complete without a series of adventure yarns? The Dinotopia young-novels, which I first read when I was nine or so, describe a hidden island somewhere in the Indian-Pacific Ocean where dinosaurs survived until modern times and have created a society that co-exists with humans. The short novels usually centered on a small group of humans and dinosaurs (rarely the same group twice) that had to solve a conflict on their part of the island. I love dinosaurs, and took to this series like a fish to water. For the most part they were just fun adventure stories, although a few scenes tried to go a little deeper. One in particular, a conversation in book four ("Lost City") between a Troodon blacksmith and a human about the nature of hard work, still feels powerful to the twenty year old me. 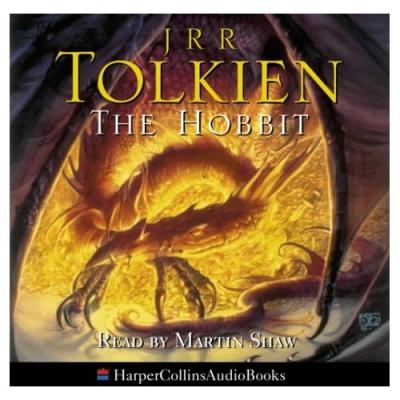 J.R.R. Tolkien- "The Hobbit"
What can possibly be said about this book that hasn't already been said? All my life I'd been reading books, but I’d never seen anything like this. Usually when I read I'd be making notes to myself in the back of my mind: "so-and-so shouldn't do this", "I can't believe she's trusting her". This book knocked aside my smart-ass remarks, and all I could do was keep up with the action. The pacing is excellent, the characters immortal. It's like watching "Star Wars" for the first time, there's never a moment when you don't feel like something is happening. In many ways I enjoy this more than the follow up "Lord of the Rings", which I read in the same year when I was 12. 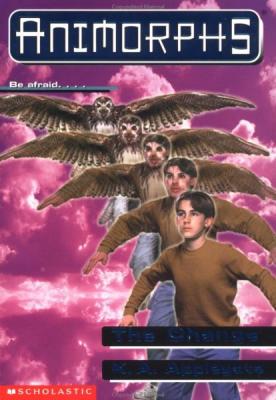 K.A. Applegate - "Animorphs"
To say I was obsessed with this series when I was 10 would be a major understatement. Imagine this scenario: the earth is being invaded by a species of aliens known as the yeerks. The yeerks are parasites that crawl into your brain and take control of your body. They can access all of your thoughts and memories, making them completely undetectable. The only thing standing against them are six teens (one of whom is an alien), who have been given the ability to transform into any animal they touch via alien technology. Under another person's direction (many of the books were ghostwritten), this series could have turned incredibly campy. But Applegate instead portrayed a war of intelligence in which the kids (realizing they couldn't fight the yeerks head on) used espionage and sabotage to slow the yeerks down. There was no simple moral message at the heart of it. The yeerks, although invading, had understandable motives and lives. The Andalites, a predominantly friendly race, were revealed to have some horrifying secrets. The violence in this series was brutal. I've never understood book ratings; it was okay to aim this series at ten year olds, but if a tv show were to accurately recreate the fights described in the books (something the actual short-lived tv show never tried) it would have to be rated 'MA'.

There you go, a short diatribe on four books that affected me as a child. I could go on and on about this (I haven't even touched "Goosebumps" or my "Calvin and Hobbes" collection), but I've decided to keep my first article short and sweet. Maybe I'll follow it up with a part two some day. Thanks for reading.
17
Login To Vote!
More Articles From DigiDestined

14
DigiDestined
Lowly Bookworms Unite!
More books from the 80's and 90's that I, and hopefully others, enjoyed in days past.

16
Quote O' Matic
Billy Ray: "When I was growing up, if we wanted a Jacuzzi, we had to fart in the tub."
Added By: System
Trading Places
An unhandled error has occurred. Reload Dismiss