The final installment in my series about the literature of youth.
By DigiDestined
On
Books are a curious thing to us retrojunkies. TV shows and movies tend to pop up quickly and fade just as fast from the public memory. Sites like Retrojunk exist to help us preserve these entertainments from our childhood. DVD box sets and franchise revivals exist because companies see the time and effort people put into assertively keeping the product alive.
Books are different. A book takes time to build up an audience and fan base. Its popularity grows mostly out of good word of mouth and positive reviews. After the original run has ended (by choice of the publisher or writer) the books could stay in print for years or even decades to come. There’s the potential for a second life in used bookstores or just floating around between relatives. Books arrive and fade slowly.
That’s what makes talking about books on retrojunk somewhat odd, most of the books series we grew up with and loved are still being enjoyed by the next generation. Not one modern six-grader is going home to watch “The Secret World of Alex Mack”, but they’re all still reading “The Outsiders” in English class. Retrojunk, (like a critic once said of “Lord of the Rings”) is ultimately a lament for a lost world. We’re all looking and reading about a place that’s gone and is never coming back. It’s good to know that some parts of that world are still alive, and that kids today are feeling the same joy I felt when I read “Harry Potter” for the first time. 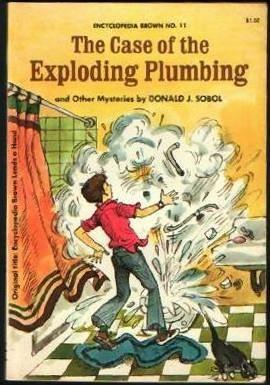 Forget Nancy Drew. Forget the Hardy brothers. Forget the Bobsey twins and the Boxcar children and all the other kid sleuth wannabe’s. To me there can only be one true child detective: Leroy “Encyclopedia” Brown. For those of you who never got a chance to read this series growing up (and I pity you), the Encyclopedia brown books weren’t novels in the traditional sense. Each book was a collection of short stories, each dealing with a different mystery. The twist that made this series so engaging was that each story would end right before the characters announced the solution they had arrived at. The reader was then given a chance to solve the mystery for themselves. At the back of the book, in the “solutions” section, would be a few paragraphs explaining what the answer was. None of these mysteries relied on a hackneyed “surprise-twist” finale; each case could be figured out by applying logic to the evidence and testimony in the stories.
The format of these books was what initially drew me to them. It was like each case involved Encyclopedia throwing down the gauntlet, challenging you to try and prove yourself his equal by figuring out the case. Most children’s mystery series involved protagonists slowly gathering clues. The reader can try to guess what’s going to happen next, but ultimately they’re a passive participant, helplessly relying on the hero for more information. With Encyclopedia Brown, if you couldn’t solve the case, you had no one to blame but yourself.
Donald J. Sobol, the author of the Encyclopedia Brown books, is still alive and kicking. He actually just published a new Encyclopedia book back in 2005. So there’s still a chance we’ll see the reigning king of kid gumshoes back in action yet again. 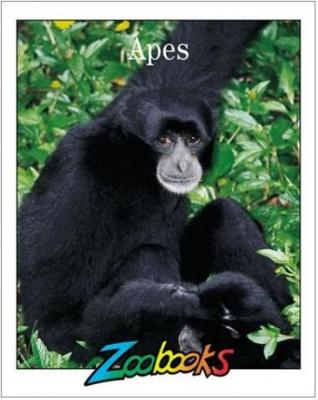 When I was a kid I wanted to be a biologist for the longest time. I still do in a way. The world of animals (and even plants) is so alien to our own that learning about how each of them lives and learns and plays was a mind blowing experience. I had many books on animals: some informative but dry, some bright and colorful but filled with trashy, overly-sentimental “facts”. The ones that walked the line the best, and the ones that gave me the best memories, were the Zoobooks.
While technically a magazine, I first discovered Zoobooks in my elementary school library. My school had ordered the special “library” edition, so I guess that makes them honorary books. These were big laminated versions of the original magazines designed to stand up to years of wear and tear. And boy did I put them through their paces. I must have read through every single Zoobook there at least twice.
What made them great to me was how well the pictures and text were integrated into each other. For example, each Zoobook would be devoted to one particular animal or animal group. In an incredible two page spread, the animal would be deconstructed. First, there would be an illustration of the animal as you would normally see it. Then there would be a drawing of what the animal would look like (very tastefully mind you) without its skin, showing you how all the tendons and muscles came together. Finally, it would simply show the animal’s skeleton. Accompanying each stage would be numerous captions, pointing out interesting features of the creature or explaining how certain parts worked. These were my favorite parts of the book. It gave you that sense of wonder you only feel when you are in the presence of something intricate and amazing. 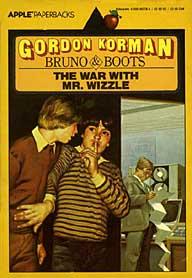 Bruno and Boots
I’m pretty sure that the majority of the visitor’s to Retrojunk are not Canadian. Given that, I’m really interested to know how well Gordon Korman is known outside of the Great White North. I was first introduced to this staple Canadian Children’s writer when I was nine or so, and inherited two beaten up books: “The War with Mr.Wizzle” and “Go Jump in the Pool”. Both were parts of the “Bruno and Boots” series. Bruno Walton and Melvin “Boots” O’Neil are students at the fictitious Southern Ontario boarding school, MacDonald Hall. They get into misadventures while trying to avoid getting sent to the headmaster(William “The Fish” Sturgeon)’s office. It’s clichéd I know, but I really enjoyed these books when I was younger. The characters were well formed and sympathetic. Even the headmaster was more of a “kindly-but-stern” disciplinarian rather than a heartless fiend.
When I got older I learned the story behind the books was even more interesting. When Gordon Korman was in seventh grade his class got a new language arts teacher. The guy was actually a phys ed teacher and didn’t have a clue what to do. He told the class to work on whatever they wanted for the rest of the year, so Gordon took the time to write “This can’t be happening at MacDonald Hall”. He sent a copy of it to Apple Paperbacks and, at age fourteen, he became a published author.
Korman went on to write many other novels I enjoyed growing up. “No coins please” and “Who is Bug’s Potter?” just to name a few. He recently had a hit a few years ago with a new series called “Island”. I started reading it but never got around to finishing the series. Here’s hoping we read more of him in the years to come. 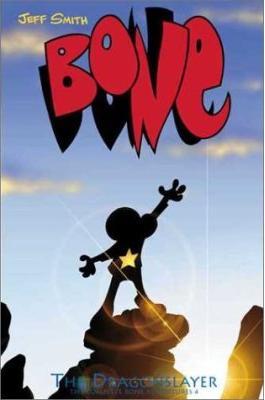 As I’ve mentioned before, I grew up in a small Canadian village in Northwestern Ontario. The comics at my local store were limited to Archie and, every once in a while, a superhero comic. But we did have magazine subscriptions. My cousin had one for Disney Adventures. Some of you might remember this magazine or even still be reading it. It was basically a collection of kid-relevant news and articles, mostly revolving around upcoming movies and TV shows. At the back of each issue would be a comics section. Usually these comics would be based around a Disney property (Donald Duck, Tail Spin, etc.) but occasionally they would publish other comics. In 1994, Disney Adventures published the first six issues of Jeff Smith’s “Bone” in colourized eight-page chunks.
Whenever I think back to reading those comics, it’s the lush green of the forests that leaps out to me from deep in my memory. Only having read comics that looked like they were drawn in really primitive Technicolor, to see this level of production was mind blowing. It looked like a world people lived in instead of being just a background to interact with. And the characters! I didn’t get to spend much time with them, but the way Jeff Smith constructs scenes is so brilliant that they were instantly endeared to me. The story is about three “bone” cousins that end up in the middle of an epic struggle between good and evil. To go any further than that would ruin the experience for you, trust me.
I only ever owned two issues of Disney Adventures that had the Bone comics in them. It seems odd that I’d mention them here with the literature that’s influenced my life. But influence it they have. Whenever I think back to my favorite stories growing up, Thorn, Phone Bone, and the Great Red Dragon always weigh heavily on my mind. Thankfully, Scholastic has been reprinting the entire bone series, and in full colour no less. Some purists object to these new versions (Bone was originally black and white), but for me this was always the only was to read them. Reliving my childhood with these beautiful graphic novels has been a real treat for this retrojunkie.

And there you have it, my final entry in the “Bookworms” series. There are a hundred and one other books I could dive into (I never even got to mention “The Egypt Game” or “Bridge to Terabithia”) but I’ll leave those for other writers. These are the first articles of any kind that I’ve posted on the web. I’d like to thank you all for the kind words of encouragement you’ve given this hack-writer. Best of luck in the Future! 17
DigiDestined
Lowly Bookworms, Hear my Cry
Who else was a bibliophile growing up? 14
DigiDestined
Lowly Bookworms Unite!
More books from the 80's and 90's that I, and hopefully others, enjoyed in days past.

13
Quote O' Matic
Sonic: "TAILS WAIT UP!! Those are three words i thought id never hear myself say!"
Adventures of Sonic the Hedgehog