C.C: The Road To El Dorado

What's this? A Dreamworks film that's actually GOOD?
By Nails105
On 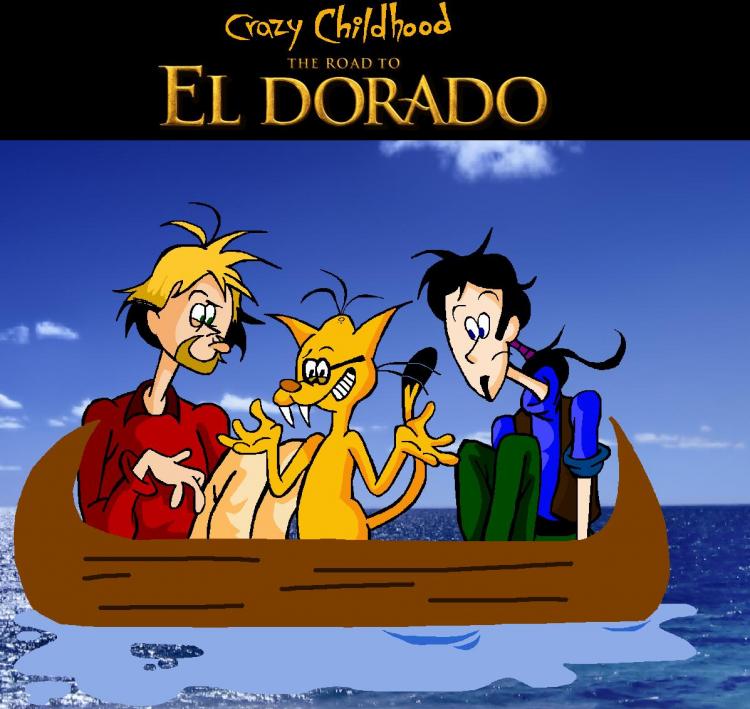 For more pictures by yours truly, visit Cartoonlover16's profile on Deviantart.com. 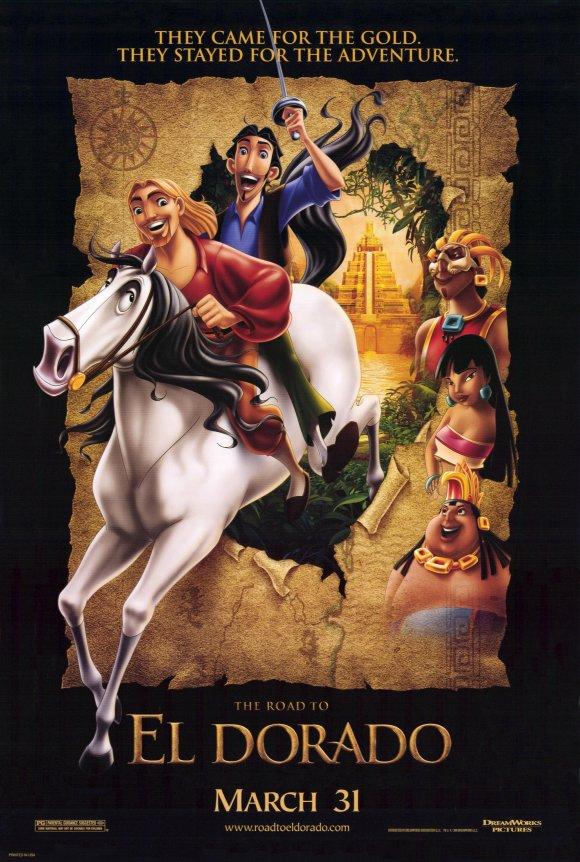 
Oh, marvelous. I'm reviewing a Dreamworks film today. Even though I love this movie, I never was a huge fan of Dreamworks and their CGI works. While films like Shrek 1&2, Kung Fu Panda, and Madgascar are good, the others, including the mega-hit How To Train Your Dragon, look great but have nothing to offer different in terms of storytelling. They're basically basically the equivalent of a kid high on sugar.

The ones I do enjoy, on the other hand, are the hand-drawn films, including this one. What's not to like about them? They look absolutely gorgeous and don't usually boast which actors/actresses that they get on and slap it on every single movie poster for that particular film. 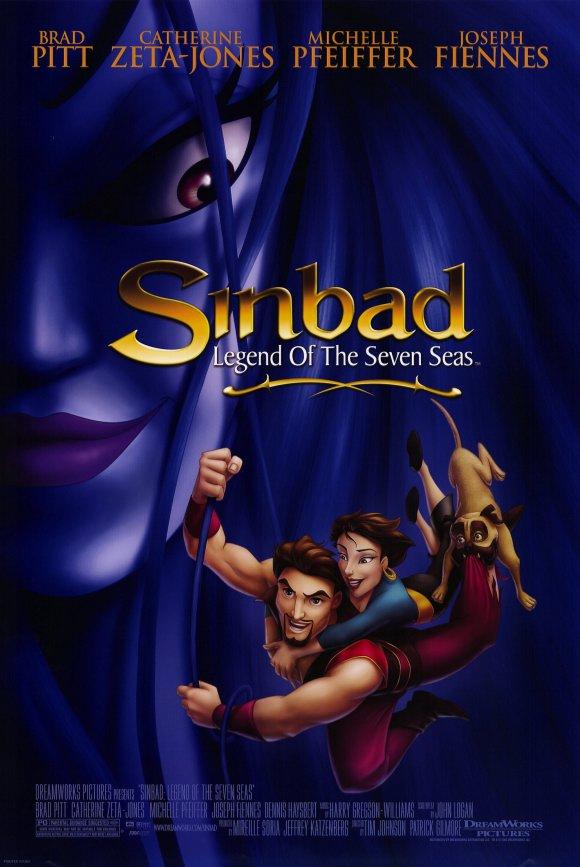 But aside from that, this film is always fun to watch. But why weren't they the smash-hits the studio anticipated? Was it the thin character developments? The out-of-place humor? Or perhaps the songs created by Elton John and Tim Rice?

To answer your question, the answer is yes. But that doesn't change my perspective on this film. Let's take a look!

Now, a lot of people are probably saying to themselves, "Why is this guy reviewing something from 2000? Is that even retro nowadays?" Well, films like Battlefield Earth and this one became 10 years old last year, so I guess that counts any film from 2000 as being on the tip of the nostalgia iceberg. Expect more films from 2000 being reviewed here soon... 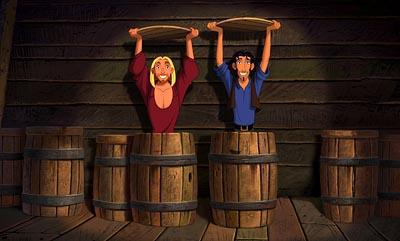 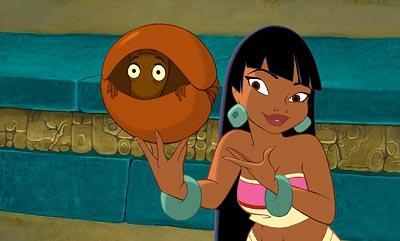 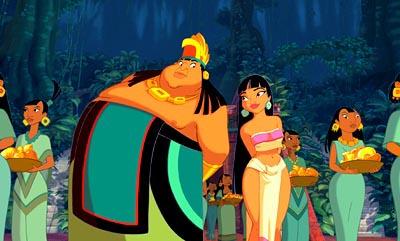 Two thieves from Spain named Tulio and Miguel (Kline and Branagh) believe they have found their path to fortune and glory when they win a map to El Dorado, the legendary City of Gold. After a daring escape from being imprisoned on a ship, with a pompous horse named Altivo (Welker) joining in, they manage to stumble onto El Dorado, and are confused as gods by the city's people.

Tulio and Miguel plan to keep this up for a while, then steal the city's gold, and escape, with a female native named Chel (Perez) tagging along. But soon, complications fall onto our heroes' shoulders when the city's high priest, Tzekel-Kan (Assante) soons find out the duo's true identities. 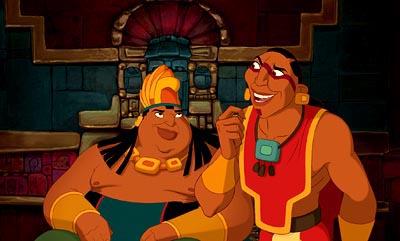 Yeah, with a name like Tzekel-Kan, there's no WAY he could be evil. 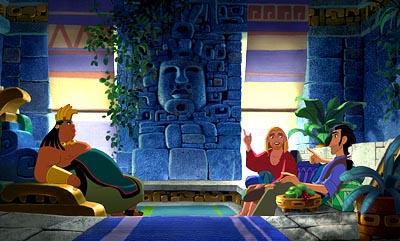 Terry Rossio and Ted Elliot trying to sell the movie to the great god of Dreamworks.
WHAT'S BAD ABOUT IT?

The songs created by Tim Rice and Elton John (The Lion King) are OK to listen to, but they're pretty forgettable. The only one worth listening to is the song It's Tough To Be A God. Probably because that's the only song that was sung by two of the actual characters in the movie, while the rest were sung by ol' Elton. They just sound like mediocre songs from one of his forgettable CD's.

Another thing is that little armadillo that you see every now and then really has no purpose, aside from disguising himself as a ball for a tournament near the end of the film. He just follows our heroes around...and that's it. If I wanna see useless sidekicks follow the hero for no reason, I'll watch Meeko's scenes from Pocahontas.


Plus, how come the natives of El-Dorado just so happen to know full and complete English? Well, that's Dreamworks for ya. 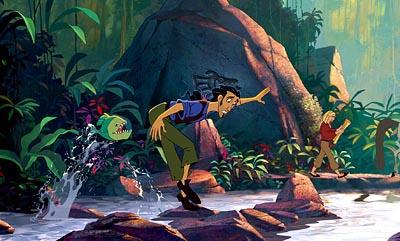 The animation, like every other Dreamworks film, is absolutely wonderful to look at. The backgrounds are lush and golden, the colour scheme is bright and kalledoscopic (the best example would be in the song sequence It's Tough To Be A God) and the characters move swiftly and there's never a choppy movement.

As much as I love the main characters, my personal favorite character is the villian Tzekel-Kan. He's both over-the-top and cold and calculating. He's not the best cartoon villian, but he's really fun to watch.

Also, it's nice to see Jim Cummings to get himself a main part in this film, as the secondary antagonist Cortes. Though he's not in the film too much, every time we see him gives me goosebumps, especially with that dark and threatening voice. 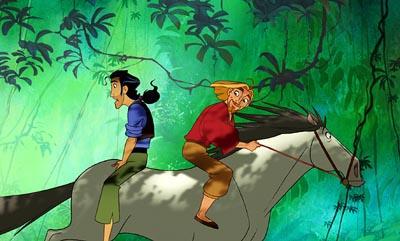 Finally, the film is pretty goofy. It's not in the tradition of The Lion King or The Hunchback Of Notre Dame, it's just made for pure fun and adventure. After all, the film's plot resembles something from an episode of a saturday-morning cartoon, but it's just stretched out to an hour and a half. Not that that's a bad thing. Kids' animation is meant for just having a good time, at least to me. 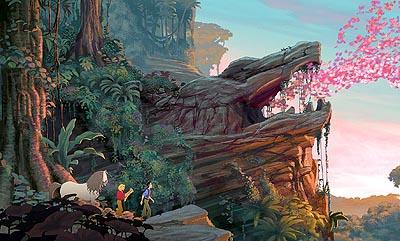 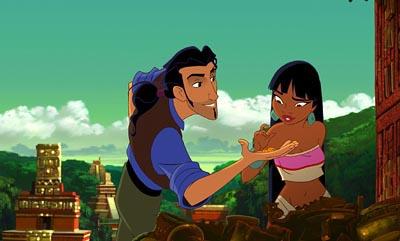 I wonder if Scrooge McDuck tried to win an woman over with his gold? Seems to work here. 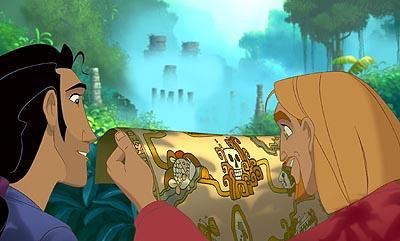 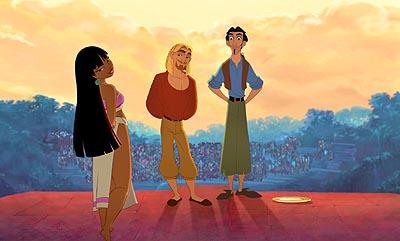 The Road To El Dorado is one the best non-Disney animated films ever. Good story-telling, fun characters, and remarkable animation makes this an entertaining watch. But if I want to listen to Elton John/Tim Rice songs in a movie, I'll stick with The Lion King, thank you very much.