3 kids shows that have lasting appeal beyond nostalgia
By m240n
On
As kids we'd watch anything. Those of us who grew up during the 80s and early 90s had more shows aimed at us than any generation before. Of course, now that we're older, we look back on the vast majority of these and think about how great they were. They were, too. Unfortunately, most of them aren't worth a look now, save for a quick shot of nostalgia. Most of the shows we grew up with were 30 minute toy commercials. The plots were simple, good conquered evil, and you were taught a simple moral in the end. There were a few shows, however, that realized that a story can work on more than one level. These shows had story arcs that built over multiple episodes. They had characters that introduced shades of gray into the good and evil battles. They even went as far as to handle concepts like death, war, prejudice, revenge, and romance. And they are all shows that you'd probably appreciate more now than you did then.

1) Captain Power and the Soldiers of the Future 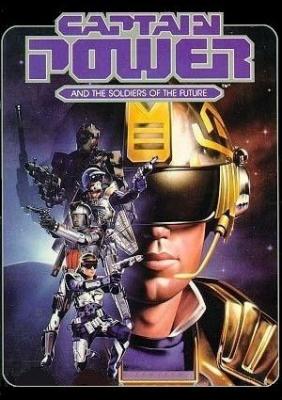 Captain Power and the Soldiers of the Future was probably marketed to the wrong demographic in the first place. Had they changed the title, taken away the toys, and put it on during prime time it may have been one of the more popular science fiction television programs of it day. However, the folks at Mattel had a sweet line of interactive jet fighters and detailed G.I. Joe-esque figures to sell, so Captain Power was aimed squarely at youngsters. Which was fine by 5 year old me. There were robots, laser gun battles, and sequences where I could use my PowerJet XT7 to aid the Captain in battle (even though I got blown up more often than not). 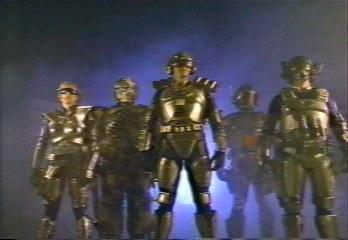 20-something me, on the other hand, can really enjoy the meat and potatoes of the show. The show had a unique look and feel, and even the few sci-fi cliches work in the show's context and universe. It incorporated CGI elements and special effects that went above what live action shows for adults were doing at the time. It's premise, a war against machines, although hinted at in earlier works like The Terminator, hadn't really been explored like this on film before this. Captain Power showed a ruined world, where cities and states are identified as "sectors." It displayed the miserable existence that survivors of the war endure. And, infamously, it didn't pull any punches. The show featured plenty of battles where members of the Soldiers of the Future were hit by enemy fire (although their suits kept them from suffering serious injury). Futhermore, it depicted heroes being tortured and innocents practically being disintegrated, a process called "digitization" in the show. The straw that ended up breaking the camel's back (besides the ridiculous production costs) was the fact that they actually killed off a lead character. If you were lucky enough to enjoy Captain Power as a child, it's absolutely worth your while to check it out again. 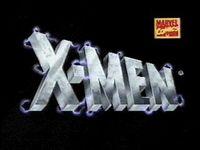 As anyone who's ever read an X-Men comic can tell you, it ain't exactly kiddie stuff. Thankfully, the people behind the X-Men animated series understood this. They faithfully pulled plots straight off the comic's pages, and held back very little. The very first episode featured the apparent death of an X-Man. Themes like prejudice, revenge, and love were dealt with in as mature a manner as possible for a Saturday morning cartoon. Of course, there was plenty to love for youngsters: superpowers, snarling villains, and plenty of action and humor. 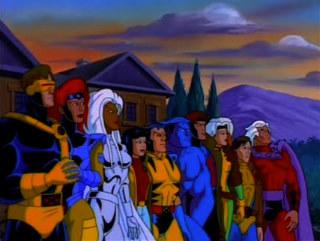 The dialouge wasn't dumbed down, though, and even though the good guys won, they were changed on their way to victory. It never took itself too seriously, which was a strength of the show for kids and adults (it's a superhero story, after all). While it's still X-Men lite when compared to it's source material, it still stands as one of the smartest Saturday morning cartoons ever. 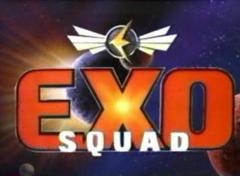 Exo-Squad had aspirations far above any of it's contemporaries. It had better writing, acting, and depth than any children's program I have seen. Oh, and it had awesome toys. A war between humans and genetically engineered "Neo-Sapiens" was the backdrop for a show that dealt with politics, death, religion, and racism in direct and mature ways. The story arcs spanned the life of the show, as well, which was and is rare for children's shows. Like X-Men, the show had a sense of humor and episodes such as one where the lead characters encounter a precocious band of kids with their own exo-suits kept it from being overly dramatic. 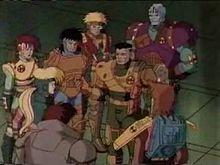 The lines of good and bad were blurred. While billed as the villians, the Neo-Sapiens were slaves of humanity fighting for emancipation from and, eventually, domination of humanity; though there were many that sought to live in peace. The heroic Exofleet was routinely beaten back by the Neo-Sapiens and was forced to ally with nefarious pirates to plus up their numbers. And the central characters, Able Squad, were shown to be flawed and harbor their own personal biases. The show had a positive reception (unlike Captain Power, which spent it's lifetime under attack for violence) and a solid fanbase. It spawned a not-so-great Sega Genesis game, and the toyline featured a wide assortment of characters and vehicles. If you're like me and watched this as a kid, you're probably wondering what the hell happened to it. Well, it suffered from horrible time slots (6 am on the USA network where I lived), and, according to Wikipedia, the "independent production companies were being taken over by larger networks, who wanted to produce their own content." In any case, it was a great show for kids and adults.

There are more shows of this sort. These three stood out to me personally, because I enjoyed them so much then that it delights me to be able to enjoy them for more than just nostalgic reasons now. Now... if only they'd get a proper DVD release!
5
Login To Vote!
More Articles From m240n 13
m240n
Ducked Up: A Foul, Fowl Film
A synopsis/analysis of Howard the Duck

9
Quote O' Matic
Joey, rachel and ross: "Joey: "about the nuckle cracking thing- is it only a little annoying or is it like when phoebe chews her hair?" Ross: "don't listen to him pheebs, I think its endeering" Rachel: "OH. YOU. DO. DO. YOU?" -Joey, rachel and ross"
Friends