The Translation FAQ of the NES game Dragon Power

The truth about the NES game "Dragon Power" and its Japanese counterpart.
By Pokejedservo
On 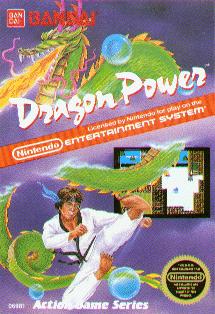 This 1987 NES game from Bandai namely “Dragon Power” is a NES game that has one of the most fascinating histories for an American released 8-bit Nintendo game. Oh sure the game ITSELF is not all that great but the story of it is some rather unique material here. And of course the very existence of this game in the US can raise so many questions so I will be here to try to answer. 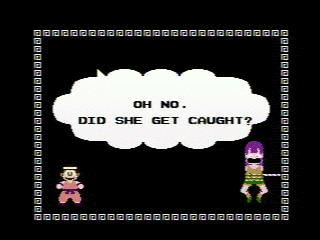 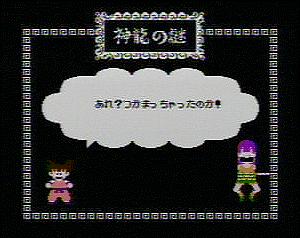 And yet this was a mild offender on how people once got the "rip-off" misconception.

1. This game has been called one big rip-off of Dragon Ball, is that true?

A. Actually this is a English translation (though albeit rather inaccurate one) of the first Dragon Ball game for the Nintendo Famicom.

FUNimation, one of the most famous yet infamous dub companies around.

2. English Translation? But Dragon Ball never had an English dub in the US until 1994 when FUNimation & Trimark dubbed it for US syndicated TV. Why would Bandai release an English Version of a game based on an anime that never came into US television 7 years beforehand?

A. Actually because there was a previously released English dub released in 1987 back when the show itself hasn't completely ran its course in Japan.

Harmony Gold, still one of the most infamous companies thats ever been in the anime industry.

A. Harmony Gold, the very company behind the famous and questionably infamous English dub of the Macross Sagas A.K.A Robotech. Since Robotech began to “lose popularity” with viewers after the mid 1980's, Harmony Gold tried strike a deal with TOEI animation to make Dragon Ball popular in the US. Unfortunately due to bad time slots and grossly mediocre ratings the show was short lived and quietly died as it lived, very much under that ever-so proverbial radar. (Then again to be fair during the later 80's for the most part English dubs of Japanese Animation had notoriously poor time slots in television which lead to quick cancellations.) Not too mention dubbed the 1st and 3rd DB movies but merged them into one film. However they apparently were able to at least get Bandai to release a video game for it for the Nintendo Entertainment System to hopefully raise sales and interest for their project amongst American consumers unfortunately for them this game was far from a best seller. Though one can't blame them for trying here in retrospection... After all a anime movie based on the “Fist of the North Star” anime series was also dubbed into English about the same time and TOEI made a deal with a different company to release a “Fist of the North Star” game for the NES and it did somewhat decently in sales. (Despite being a very hated game nowadays.) So if an NES game based on a anime movie released for older teens and adults did not flat-out bomb then why not do something more meant for kids? It seemed to have made sense at least in a business sense. 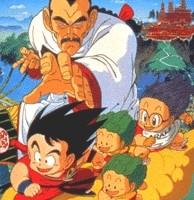 The US version of this game or the old US dub? Which is worse? You Decide.

4. Which was more accurate to the source material? This US version of the game or Harmony Gold's English dub of the series?

A. At a first glance they both seemed to be very inaccurate however the game itself is a bit more accurate in certain ways. (Though to be fair the game covered the storyline a lot more than the Harmony Gold's dub of it did.) 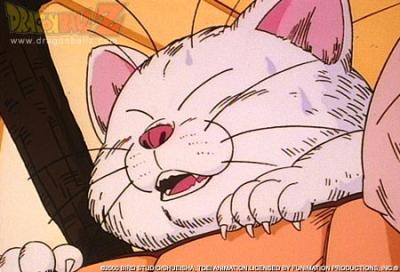 You see this cat? He was no longer Korin but is actually Whiskers the Wonder Cat. Too minor a change you say? Heh compared to the others it pratically is...
5. The game's translation was more accurate? *Sigh* Okay how badly did Harmony Gold wrecked the show?

A. Not that badly actually well okay its no where near as bad as the likes of Battle of the Planets and Yu-Gi-Oh! But its still a rather mediocre dub by today's standards. Just about every name has been changed to something a bit more odd (Goku is called Zero while Krillen was called Bongo.) The storyline however was surprisingly not too wrecked actually, granted they only dubbed a portion of the show. (Though the most interesting surprise was that they called the “Eternal Dragon” the “Dragon God” in the show.) And as for the opening theme they surprisingly kept the BGM of "Makafushigi Adventure" however they changed the lyrics to be really corny. Voice acting was a bit of mixed bag here some characters came off badly such as Oolong whom more sounds like Al Capone and Launch's “Angry Self” more sounds like a guy trying hard to sound like a woman but failing to do so. However some came off pretty well most noticeably Barbara Goodson as Goku errr… Zero (whom fans might recognize as Naota Nandaba from the English dub of the recent anime series that is FLCL) and there is Wendee “Faye Valentine” Lee as Lena errr… Bulma and known voice actor Michael McConnohie as Mercenary Tao. It even had Cheryl Chase in which some fans might remember as Angelica Pickles played the role of Puar here. (Before she pretty much became known as Angelica in the Rugrats she had a brief career as a Aniem Dub VA in the 1980's.)It was overall not too horrid but the later released English dubs of Dragon Ball were of superior quality. 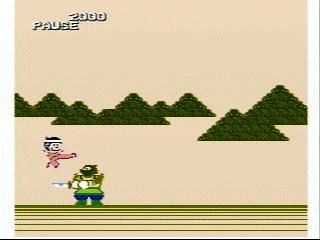 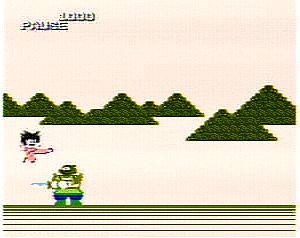 There is pratically like one difference here. Granted if only that were the case in other scenes but hey.

6. How was the game more accurate than Harmony Gold's English dub?

A. Well for starters Goku was actually called Goku in the game surprisingly enough. Aside from a couple of exceptions the characters were represented in it pretty well. (Aside from Master Roshi of course.) And the progressive storyline of the game was surprisingly not too heavily altered at all. In fact one might say that if Bandai did the English dub of the show it might've turned out pretty well. (Pity that Bandai didn't start doing English dubs until the later 90's when you think about it in retrospection.) 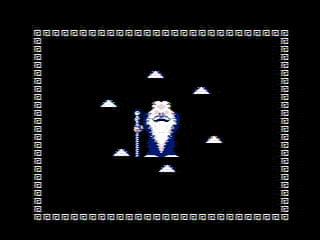 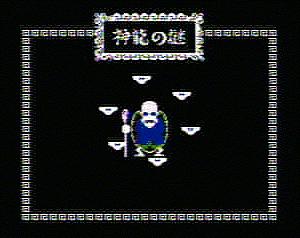 Remember when I said on how Master Roshi was an exception? This is why, course thats just an example of what the alterations are in this game.

7. Okay then what were the inaccuracies in the game?

A. Well okay then even though Goku had his name intact just about everyone else didn't. Even certain objects such as the Dragon Balls were renamed Crystal Balls and the Kamehameha wave was called “wind wave”. Goku's head was graphically altered to more look like a monkey however he now more resembles the hero of the old Chinese folk tale of the Monkey King in which DB creator Akira Toriyama stated himself that Dragon Ball was based off of. The most butchered character was Master Roshi whose character sprite in the game was COMPLETELY redone and instead of being an incorrigible pervert he was simply an old hermit whom had a thing for sandwiches. There is a scene in the US version of the game that has him going red while a circle of sandwiches surround him. Those aren't sandwiches their white cotton ladies' panties turned upside down. Yes believe it or not Bandai tried to turn something from your local Victoria's Secret into something from your local deli. (Though one can ponder if Bandai was almost going to accidentally invent edible panties in this process huh?) Though they at least kept the part of him suddenly going quite muscular and blasting a flaming castle down with his Wind errrr… Kamehameha wave intact.

Wanna try to find it outside of e-Bay? This is the only site where I can find it availible at all so far and while its not as bad as the infamous Buy-Rite, I heard that site is not that great.

8. Which one is easier to find?

A. This US NES game of course, one still has a pretty decent chance of finding it at your local Gamestop and the like for about a measly few bucks. While you'll at least find sound clips for the dub at this known DBZ fansite at www.templeotrunks.com, where to find copies of actual episodes of the Harmony Gold dub you may ask? E-bay if your lucky and even though Harmony Gold is surprisingly still alive they lost the license to DB a LONG time ago so unlike Robotech this dub will most likely never be on DVD anytime soon. 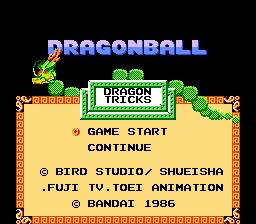 I got good news and bad news... Good news, this pic was not made up. Bad news, Its currently a hacked ROM that the Japanese text was translated into English. One of the better English-translated ROM's of Famicom games.

9. Is there a lot more accurate English version of the game at all?

A. Outside of emulators? As of now, no.. But in emulators? Yes, NES games are the most common to get English translations by fans and if you know where to get ROM's like that then the chances of you find a more accurately English-translated ROM is by no means an impossible task. Hopefully the upcoming Nintendo Revolution will fix this in the near future with their immense classic game downloading. 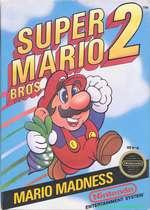 Basically to make a long story short, when it comes to Japanese NES games to get a rather considerably altered US version. Dragon Power is not this, that much I can assure you.

This is a full-fledge explanation on the NES game Dragon Power and why did it become the way it was in the US. It may seem sad on how the US version of this game was a tie-in to a dub of the TV series that was so short-lived. Not the first time something like that happened (Family Dog for the SNES anyone?) but still... Its one of the slightly stranger earlier aspects in modern US Anime English Dub history. And sadly Dragon Power is to date the ONLY game based on the Dragon Ball series to be released in the US. However fortunately Atari and Bandai have been somewhat getting into the idea of rereleasing old DB-related games. Granted so far its one of the DBZ games and one of the DBGT games from the PS One so far but still. But hey in today's rapidly progressing ways of classic gaming especially with the Nintendo Revolution there is a remotely decent chance that Dragon Power for the NES might not have that "only US Dragon Ball" game title anymore. Will the other DB games get an official English release in any way? Time will only tell my fellow readers, time will only tell...
3
Login To Vote!
More Articles From Pokejedservo 4
Quote O' Matic
Oscar the Grouch to Rizzo the rat.: "I never had a rat in my trashcan before, it might be kind of nice."
A Muppet Family Christmas