A lost era of fun adventures, and 8-bits of power.
By Dzenan
On
This article is going to be pretty big, but this console means so much to me, and the memories are so large, i cant think of a smaller way to put it. As you can probably tell by now, im a big fan of the Sega franchise of consoles. Even thought the Megadrive was the more popular one, and ultimatley would succeed even the SNES, the Master system will hold a deep and emotional spot in my heart. As years go by and we grow into adults, we look back on these wonderful consoles and the memories we had playing there bright coloured games. Filled with cheesy sounds and big eyed characters, the Master system was the ultimate console of the last few generations. 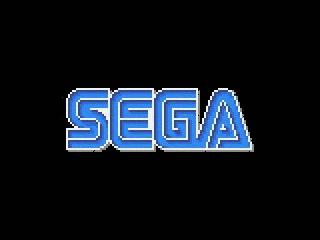 When i first moved here to Australia, we didnt really have much money, we had just fled a war and we left pretty much everything behind, but when we arrived here in Melbourne we were greeted by my uncle, we lived with him for 2 years, and in that time i would first meet the console of my dreams.
As a little kid i was really amazed at the master system, when i was watching my uncle play Wonderboy, with the beautiful music and the fast paced skateboarding, i couldnt get enough of it. My uncle would always let me play against him in Wonderboy, and would let me win every single time, even though he was ultimatley better, god bless his soul.

Well after my uncle passed away later that year of cancer, we moved to our first house, and a few months into the house on my birthday i was greeted with a large box covered in a spiderman wrap. I was amazed, and excited, i quickly but gentley unwrapped the spiderman cover and there it was standing infront of me, a white box just waiting for me all these months. I was so happy that i cried, i demanded my parents to hook up all the necessary plugs so i could immediatley play this sensation, and my dad did. My dad even bought me 2 games for it with 2 controllers so me and my brother could play, the first games were Wonderboy, and the second one was Spider man (I was and still am a huge fan of spidey).

Staring at the game cases i was thrilled, i could hear them begging for me to put them in and play them, so without hesitation Spiderman went into the Master system (i blew wind in the cartridge ofcourse) When the title "SEGA" came on i was thrilled, my brother was there watching as i was swinging on full coloured 8 bit power as spiderman through new york city.

The Sega holds so many memories for me, and some of the most memorable games and memories i shared with them are: 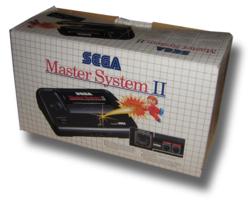 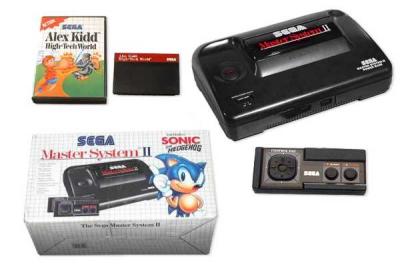 Now this game right here is right next to Saturns Story of Thor 2 as one of my most favourite games ever, you play Hu-man and the game follows right after you defeat the evil dragon in the castle of Wonderboy 2, you must escape the castle, but not before the dragon places a curse on you and turns you into lizardman!
You must travel different lands and defeat each dragon boss to regain your once human form, but each dragon boss changes you into a different creature, from lizard, to mouse, to piranha to lion and bird man. All with there own special abilities, Lizardman breathes fire, Mouse climbs special walls, Piranha can swim, Lion can break bricks, and Bird man flies. This game was the most unique and probably one of the largest games Master system had to offer, it was deffinatley ahead of its time, it even had a password save feature. It even had items you could pick up and swords and shields, and some of the armours and weapons would actually appear on you. Deffinatley a eternal game.

Most memorable memory:
No one was home and i was playing this by myself, i had just almost finished the game and my brother came through the door from playin outside, and he walks in and was watching me, and i was versing the last boss and he was cheering me on, i finally bet him and finished the game, we were so excited but i was sad that it was over. 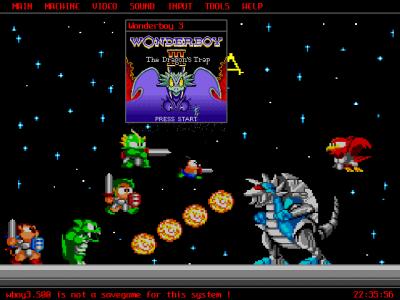 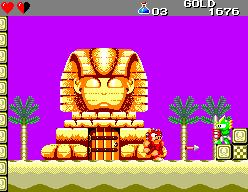 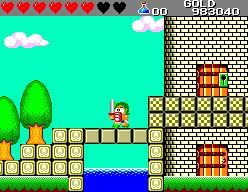 Alex the Kidd: In miracle World:

Now i had the Master System II, I dont really know what the difference was between the I and the II but the II had Alex the Kidd in miracle world in built into it, now this game is deffinatley one of the most addictive and fun games ever. Your prince Alex the kid, your job is to punch your way through burger filled worlds on your bike, helicopter or just good ol` running, your ultimate goal is to go to the castle and save your brother who is being held captive, but not if the ...... i dont really know what they are but the bosses all represent the "stone, scissors and paper" game, you have to vs them in the game, and if you win they die, likewise if you lose. This game was at time very difficult, and very challanging, but ultiamtley worth it.

My cousin had just bought a Master System II aswell, and my dad gave them the only 4 games i had, i was pretty mad, but then i rememberd, "Alex the kid is inbuilt!" So my smile returned and i was so determined on finishing it again that i actually finished it in under 3 hours! 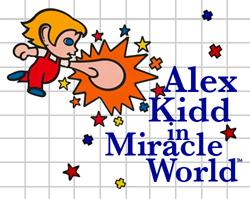 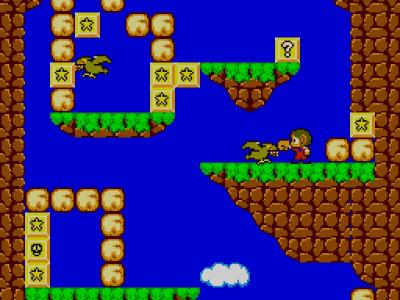 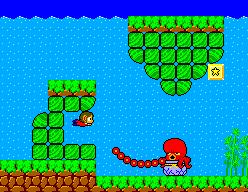 Golden Axe:
Now this game holds great value to me, not because this is the game was responsible for introducing me to the fantasy game genre, but inspired me to become a arist due to the beautiful artwork it offered. You play some big Conan like guy, and you rampage around enchanted forests and areas and fight ogres and other creatures. At the start of the game you could choose which element you want, and then you could actually use that element as a spell to unleash upon enemies! But you need mana potions that these little creatures carried in there sacks. Another awesome feature of this game was that you could actually ride lizard like and dinosaur like creatures, and you could even knock off the people riding them and steal it off them! Once again the artwork is brilliant, very good game!

My dad had just purchased this game for me and i was pretty upset because i wanted "My hero" which i later did get, but then when i told my dad what a cool game this was he was excited about it and watched me play and blabber on about all the cool things i could do in the game. 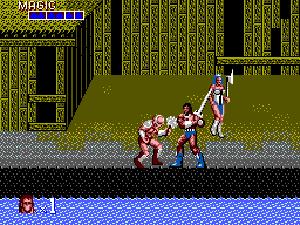 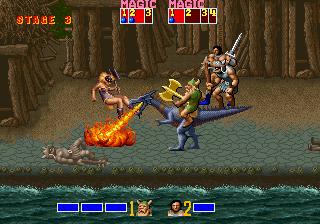 You guys knew this game would be up here. Sonic never looked so sleek and fast in Sonic 2, the levels and the all new enemies and new ways of fighting Dr, Robotnik, made this game another great. Its a shame the new generation of kids arnt enjoying the new Sonic on 360 and Wii as most of us did with the consoles of yesteryear, but little do they know that Sonic was and is still one of the most addictive games ever created.
Storyline isnt necessary, but the new lava levels they introduced in Sonic 2 hooked me on it.

Trying to figure out how to get passed this one part in the green emerald forest, the 2nd large stage with my brother, i think it took us about 1 hour to figure out where to go and not die. 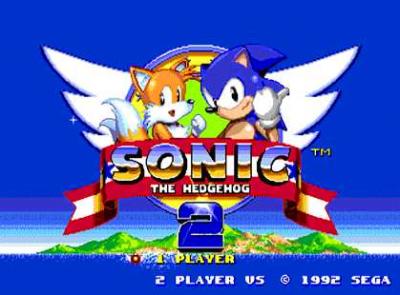 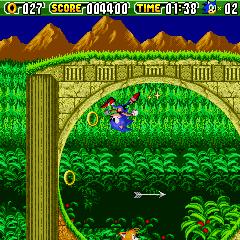 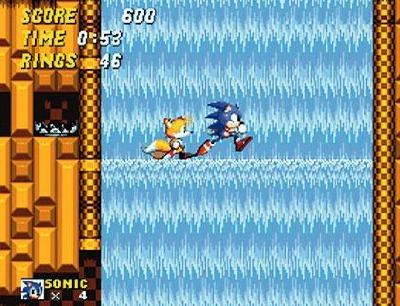 This game offered me endless hours of fun, a beautiful style of gameplay, a great combination of graphics and sounds, all in all, a brilliant game.

This was the most fun game to play multiplayer, me and my brother and a few friends would spend hours trying to see whos better at catching frisbees and surfing, the sounds made you feel happy and it was deffinatley a user friendly game, very easy to play but very addictive. This game revolves around the Summer games in California, Frisbee, Skating, Surfing, Roller skating, and Bicycle riding, and ofcourse beenbags! So much to choose from and so fun, i cannot say anymore then that!

Most memorable moment:
To many to count!! 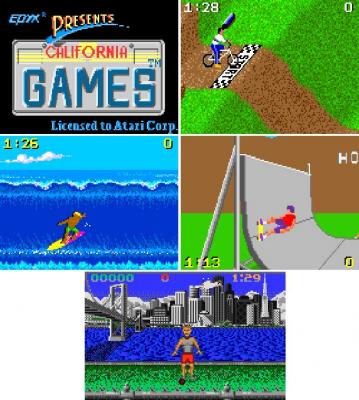 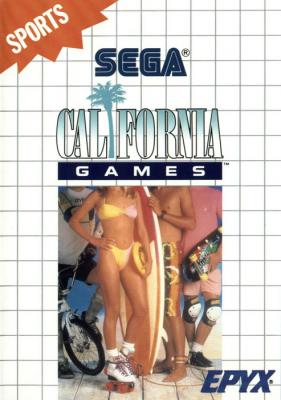 I must leave now and say thank you all for reading this, i hope this article brings back memories, and brings a smile to your face! Until my next article, have a great Christmas and awesome holidays! 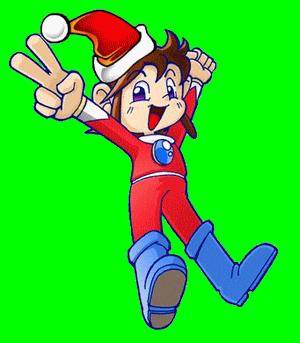 22
Quote O' Matic
Carrie Fisher: "My mother was a golden shower queen."
Added By: Caps_2-0
The Aristocrats
Related Articles
-11
KIT2000
Journey to the past Part 01
This was my childhood growing up