A few reasons why I like comedian Steven Wright...
By Caps_2-0
On
I've been on many message boards throughout the years, and many comedians have been discussed on them. Carlin, Pryor, Hicks, the Blue Collar Comedy Guys and many others have been celebrated to varying degrees. One person who seems to have slipped through the cracks, though, is Steven Wright. 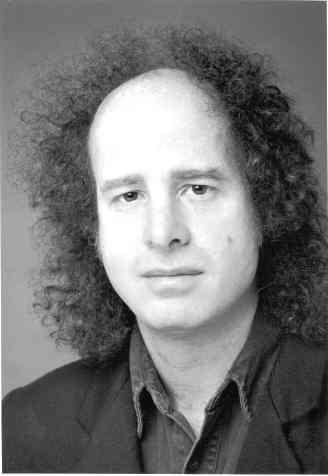 This comedian/actor has been doing his thing for over a quarter-of-a-century now, but I've never seen him accorded the same respect that has been given to other comedy veterans.

I would now like to do some compare-and-contrast to offer up 5 reasons why I like Wright. Controversy is bound to ensue, but would you expect anything less from me?

The first reason why I like him is because he doesn't issue challenges to the audience. 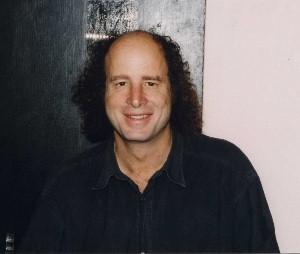 As I've listened to and watched his material, I've felt like I'm just hanging out at a quiet house with a bunch of other people. It's not loud...It's just mellow. Wright just tells jokes...A combination of intellectual references and silly gags. When I listen to his material, I feel like lighting up a cigarette, drinking some soda and just relaxing.

By contrast, I feel that the late George Carlin was less of a comedian and more of the worldly and experienced man ready to rumble at a moment's notice. 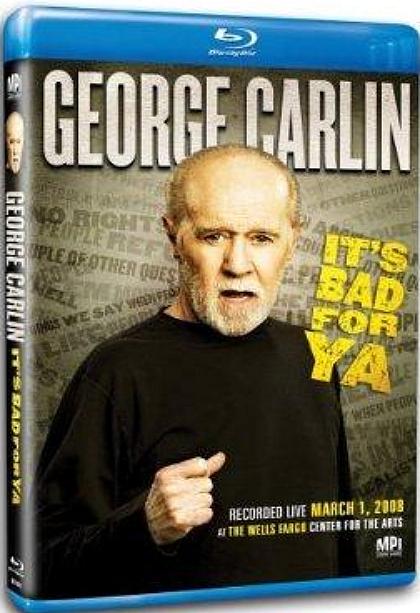 I used to be a Carlin fan, but for reasons I would rather not discuss, I stopped being a fan somewhere earlier this decade. When I listened to Carlin's material, I noticed something of a progression. At the beginning of his career, he was doing joke after joke. By the early 00s, he was more of a philosopher with an outlook of sheer nihilism. If I wanted somebody to tell me that the world was going to Hell, I would watch the news or read the papers.

I just want to be entertained, and that's what Wright does. I'm not looking for big statements...I'm looking for 45 minutes or so of quick laughs.

Granted, Wright sometimes does a little dark material, but it's pacakged in a rather odd way that doesn't make you feel bad.

An example: "I was playing poker with Tarot cards. I got a full house and 4 people died".

Another thing I liked about Wright is that his sense of humor is a universal one. 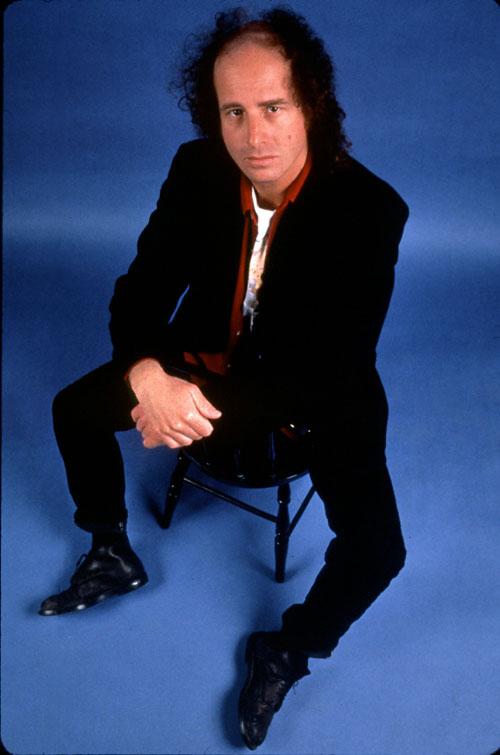 His humor isn't based on religion, race, politics or anything of that sort. It's based on ideas that apply to all of us, no matter who we are.

Here's another example along those lines: "The human body is 98 percent water. That means we're all this close to drowning".

He takes an acknowledged fact and forms a joke out of it. It's something anybody can look up in a book.

On the other hand, some comedians have a sense of humor tailored to a specific audience that leaves others out in the cold. An example of that would be Jeff Foxworthy. 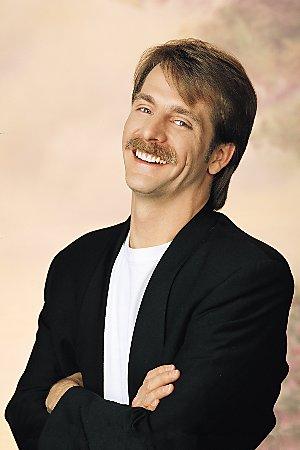 His whole shtick was based on the concept of "If you (fill in the blank), you might be a redneck". All of us are 98 percent water...Not all of us are rednecks. Humor that sticks it to groups of people isn't exactly something I care for.

I guess the bigger problem I have is that I don't understand how a word like "redneck" can be something to be proud of. My brother went to college in Florida from 2003-2005, coming back to New York from 2005-2007 to be close to my Mom during the time she first got cancer, and returning to Florida to finish up his collegiate career from 2007-2008. He saw many Southern people, and he said that they were nothing like the stereotypes you see on TV. Unfortunately, you have a certain image of Southerners from what you see on TV and in the movies, and Foxworthy is a major cause in the demeaning of people from a certain part of the country. I think comedians could take a cue from Wright, and just do stuff that relates to all of us no matter who or what we are.

The 3rd reason why I like Wright is because with him, what you see is pretty much what you get. 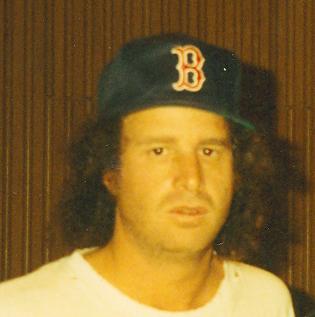 While his voice isn't exactly monotone off-screen, by many accounts, he's as soft-spoken in real life as he is on the stage. It's all about the jokes...He doesn't pretend to be somebody he isn't, which is more than can be said about a man from Nebraska named Daniel Lawrence Whitney, who first started doing stand-up comedy in the early 90s. 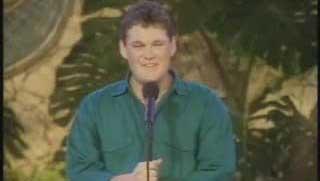 His was a conventional sense of humor, the kind that worked well in front of a brick wall. It wasn't getting him anywhere, though, so he assumed a new persona, taking a cue from all that Foxworthy stuff. Thus, Daniel Lawrence Whitney from the state of Nebraska became...
Larry The Cable Guy. 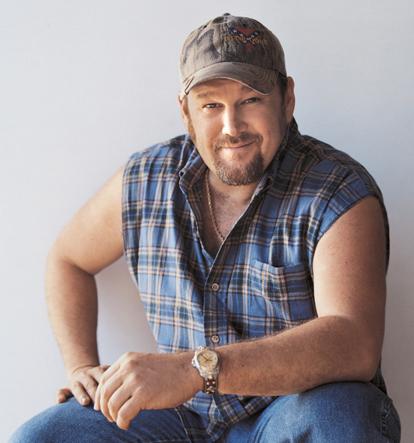 I knew that the name was a stage name, but I thought that the outfits and accent were real. I was wrong...It's ALL an act, but he doesn't let go of it. For example, when he does interviews on talk shows, he always does the gimmick. Steven Wright doesn't have a character...He is who he is, and that's something to admire.

The fourth thing I like about Wright's work is that it's one joke after another...No routines that go on for half-an-hour. Wright's jokes are like Muhammad Ali in his prime...Knocking you out again and again. 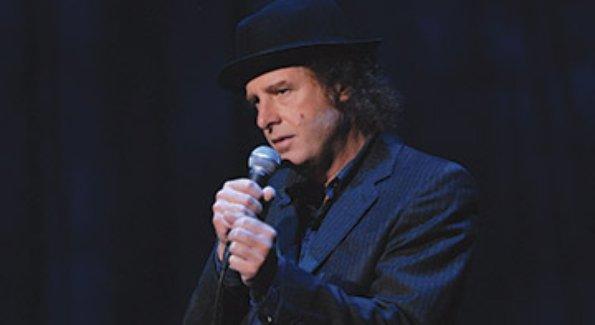 I think that he follows in the tradition of albums like Steve Martin's "Let's Get Small". 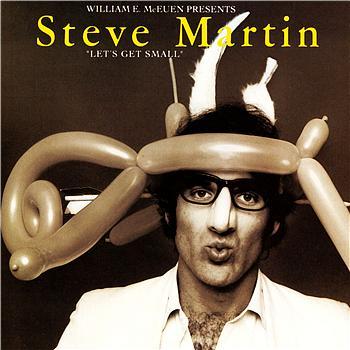 One may think that the title track is 20 minutes of the same thing. Instead, it's a series of mini-jokes, lasting one or two minutes at the most. In the same tradition, Wright is able to make that number decrease. Each joke lasts only a few seconds before it's on to the next one.

Even what could be considered longer routines only last for 3 or so minutes, like the piece "Rachel" from "I Have A Pony".

In it, he sings a few lyrics:

"Hey, hey,
Rachel dear.
How I wish that you were here.
Hey, hey, I can almost see you".

Within that song are quick jokes that take a bit to catch up with. By the time he's told the 4th one, you're still one joke behind him.

The final reason why I like Wright is because he can surprise you. 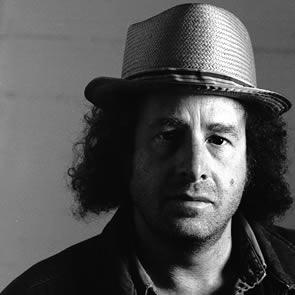 For example, he was one of the many comedians to appear in the 2005 documentary "The Aristocrats", a film about the dirtiest joke ever created.

The joke can be set up in many ways. I'll use the following as an example:

(At this point, the person telling the joke comes up with the filthiest, nastiest, most twisted things he can think of for the act).

The talent agent says "That's disturbing, but very entertaining. What do you call the act?"

With a grand flourish, the man yells "The Aristocrats!"

Now based on his comedy, you wouldn't think that Wright could do a take on a joke like this, but he did, and what he came up was sick and disgusting. It was funny, though.

He's able to do all sorts of comedy. Some comedians get into a mold and stay there forever. Wright can do clean stuff, dirty stuff and in-between material. Maybe I'm not up on comedians, but I don't know of many others who can do what he does.

In summation, some go for the yahoo comedy of the Blue Collar Comedy Guys, while others enjoy the nihilism of comedians like George Carlin. For me, I think that Wright is just my speed as a comedian. I try and be laid back...After all, my emotional and mental issues can get the better of me. Wright doesn't challenge my thoughts or play stereotypes for cheap laughs. He's just a very unique individual, and I'll listen to his material at any time.

Oh, one more thing...He has an Oscar, too. He won it in 1989 for working on a short film called "The Appointments Of Dennis Jennings". I've never seen it, but I'm determined to track it down.

Now the floor is open for discussions:

What do you think of Wright's comedy? Where would you place him on the list of great comedians? Do you think he is a great comedian, or not the type you enjoy listening to?
13
Login To Vote!
More Articles From Caps_2-0 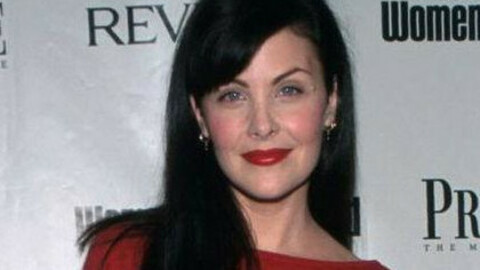 17
Caps_2-0
A Talk With Sherilyn Fenn
She is a talented actress...She is an outspoken blogger...She is my newest interview.

33
WoWAddict
What the 90's were to me.
A story about growing up in the 90s.
An unhandled error has occurred. Reload Dismiss