My Life And My Father's Death

My dad's death impacted me on many levels...Even pop-cultural ones.
By Caps_2-0
On
When my dad died in 1995, my life was changed forever. My dad was a great man...He always watched out for me. He would do activities with me and my brother...He would share his classic rock with us...When I was at Boy Scout camp and didn't get any letters from home, my dad, who was a Scoutmaster, hugged me and told me what he knew my Mom was thinking.

His death shook me, and forever changed the way I looked at the world.

The ways I've tried to deal with my dad's death are written with no chronology. With my dad's passing, the years have started to blur together...Then again, that could be because I'm getting older.

To start off, my view of sitcoms was the first thing to change.

I watched "Home Improvement" on and off during the show's run, but after my dad's death, I noticed something in the way the show was written. 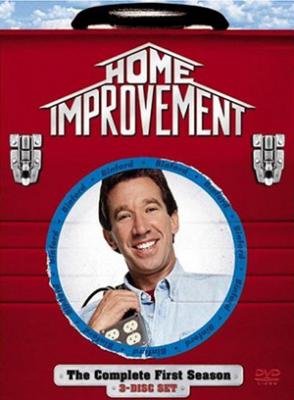 Tim Allen's character Tim Taylor was probably the most prominent example of a curious pop-cultural phenomenon that had started in the 80s with shows like "Roseanne", but crystallized when the 90s came about. That phenomenon was that of "the parent who doesn't know anything".

For all the issues we have with our parents, we can rely on them to guide us through the world, offering re-assurance and support as they do the best they can. Tim wasn't treated like that on this show, though...He always meant well and did the best he could under all circumstances, but his family never gave him any respect. I really paid no mind to it while my dad was alive, but after his death, I started to feel that shows like this were besmirching the concept of fatherhood.

Yes, there are plenty of bad fathers in the world, but there are just as many good fathers. Did I have issues with my dad? Of course I did, but I loved him regardless.

I've often adapted myself into the entertainment world through various movies and TV shows as a way of looking at the world from a different perspective, and as I watched "Home Improvement", I felt like somebody who was thrust into a position of authority and deserved some respect. I'm the elder child in our household, and even though I was 12 when my dad died, I felt that I was the one who the responsibility was to shift to. It actually ended up shifting to my younger brother, who hardly ever has the same issues that I do, but that's an issue for another time.

About a month-and-a-half after my dad died, the movie "Casper" was released. The beginning of my grief processing came about with this movie. I found myself relating not to the character of Katherine "Kat" Harvey (Christina Ricci), but instead, that of her father James (Bill Pullman).

James was mourning over the death of his wife Amelia (Amy Brenneman) and his ghost-chasing throughout the movie was his way of dealing with the issues that hung over him. With the assistance of Casper's (Malachi Pearson) uncles Stretch (Joe Nipote), Stinkie (Joe Alaskey) and Fatso (Brad Garrett), James is able to see Amelia one more time. 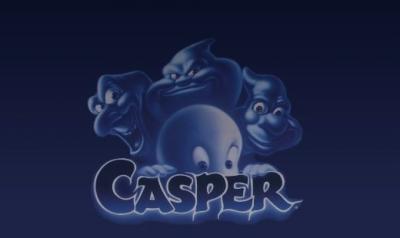 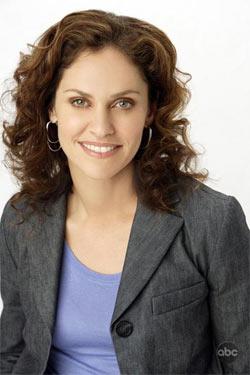 (Sorry I couldn't find a picture of Ms. Brenneman in "Casper"...Pictures of characters in that movie are hard to find)

She reassures James of her love for them and tells him to stop looking for her. She also offers up some parenting tips as well.

I often wish that my dad could come back and offer me advice of any sort. I wish he would come back and reassure me of his love for our family. Considering all the things I've done and said, I often wonder if my dad would still love me.

I haven't always been nice in dealing with my dad's death...Sometimes I've been spiteful and selfish. In my first year on the Home Theater Forum (2001-2002), a thread came about called "What sucks?". I said that my dad's death sucked, and then I said that Nirvana sucks. I also said something horrific about Kurt Cobain. 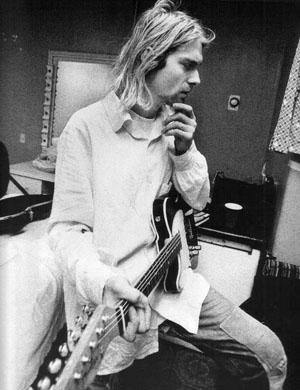 While I never liked and never will like Nirvana's music, I went too far by saying I was glad Cobain was dead. It fell to another member to call me on my hypocrisy by mentioning his daughter Frances and the fact that she was growing up without a father as well. 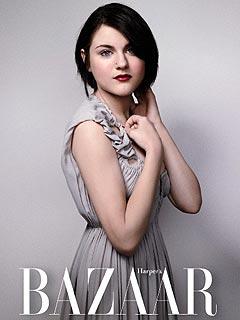 In my younger years, I sometimes forgot that there were more people out there who lost parents. In my immediate circles of friends and fellow students, I never saw anybody who lost a parent. I thought that a parent's death usually came about when you were older, and if it happened when you were still young, it was a freakish turn of events.

I accept full responsibility for my words...What I said was horrific and spiteful, and no matter what my feelings towards Cobain's music may be, rejoicing in his death is something I deeply regret. If I could go back to my teen years and take back the words I said, I would.

During my 9th grade year at Clearview, our class relaxed one day by watching "The Lion King", but I had to leave the room in the middle of it. Seeing Mufasa (voiced by James Earl Jones) die really hit a nerve with me. 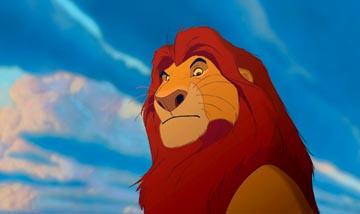 The way it did was that Scar (voiced by Jeremy Irons) put the blame on young Simba (voiced by Jonathan Taylor Thomas) for Mufasa's death. 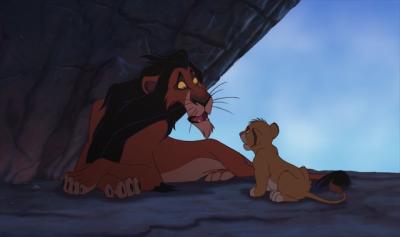 In a way, I felt responsible for my dad's death. I was the one who had gotten the call where I was told that my dad was in an accident, and I rushed as fast as I could to track my Mom down.

My dad had died immediately from the heart attack that felled him, so there was no way he could've been saved. My mom had told me that, but for many years, I didn't believe her. Hell, there are times when I still don't believe her. I feel that honesty is the best policy, and although I can now see why they decided to put it in the terms they did, I still felt tricked.

A teacher had to escort me out of the room and take me for a walk around the building. The movie hit me hard. From that school year on out, I no longer felt comfortable watching it. As such, it's one of the few Disney classics I don't own on DVD. I don't know if I'll ever be able to watch it again.

There *is* a movie that I am able to watch, though, that works along the same lines and even shares a cast member (James Earl Jones) as well. That movie is "Field Of Dreams". 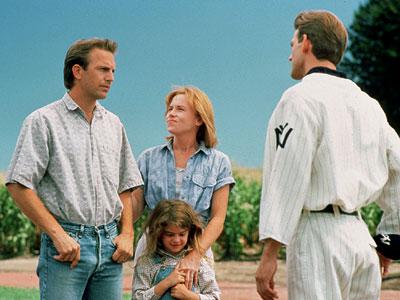 As touched upon when talking about "Casper", I've done and said many things in my life, many of which I'm not proud of. Ray Kinsella (Kevin Costner) was like that as well. Ray had abandoned his father to be part of a culture that despised people like his dad...People who loathed everything he stood for. Eventually he settled down, but by the time he did, his dad had died. The voice that Ray hears tells him to do the things he does, and as he's doing them, he wonders what the purpose is. He eventually finds out at the end of the movie. That's when he sees his dad again and the two share a game of catch. That game of catch seems to be their way of making peace with each other.

Ray is really tongue-tied when it comes to what he wants to say to his dad. I wouldn't know what to say to my dad, either. Would I tell him "I love you" or would I say "Fuck you! Why did you leave us"? I actually feel both those sentiments a lot. It's a duology that frightens me. Ray had a guiding force all along that allowed him to be prepared for the man who was talked about when the voice said "If you build it, he will come". Me? I've never really felt like I've had somebody to help me along those lines. Fear of the unknown lives in all of us, but those who have lost parents probably feel that fear in harder ways.

To end this discussion, I would like to mention a song I heard around the beginning of this decade. I recall hearing it on one of my Time-Life Sounds Of The Eighties discs. The song was "The Living Years" by Mike + The Mechanics. 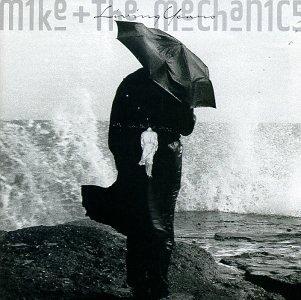 The song was a song about the generation gap and its' impact on a man who lost his dad. It's about a man who wants to talk to his father about his love for him and also his distress over his father's expectations. I often wonder if I've lived up to my dad's expectations. He wanted me to be a good man...A kind, decent and caring man. I've always made efforts to be so, but I've slipped up a lot. God forgives, but parents don't always do so. I know I've talked about doing a lot of things in my previous articles, but I've done stuff that I'm afraid to share with the world at large...Stuff I can only share with people in the flesh that I have a good and solid bond with.

The song ends with the man making his peace with his father through the birth of his daughter...The birth process helped process his grief. I'm doing my best to find the event, the idea, the thing that will allow me to make peace with my father's death.

All I can do is just make every effort I can to be the person my dad would've wanted me to be. That's really all that any of us can do...Just be good, decent people, if not for our parents, then for ourselves.

Thank you for allowing me the opportunity to share my feelings about my dad's death. To lose a father is a fate I wouldn't wish upon anybody, and all of you who have lost parents have my deepest sympathies.

So, with that, the floor is open for discussions: Have any of you lost a parent or know someone who has? How have you dealt with grief? Have you gotten over the death of a loved one, or is it hard to do so, if possible at all? Do you regret saying anything during your dealings with the emotional fall-out of a loved one's passing?
60
Login To Vote!
More Articles From Caps_2-0 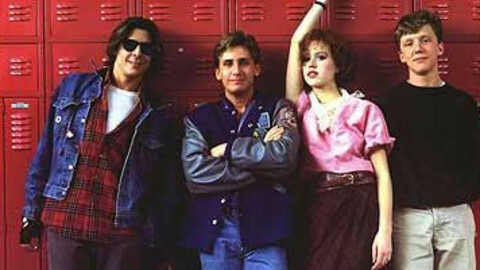 13
Caps_2-0
Jem And The Holograms-The Film
If Transformers and G.I Joe can get live-action movies, then these ladies deserve a shot. 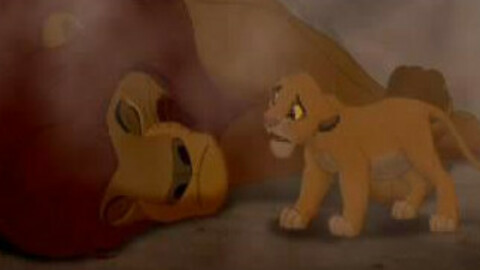 72
I_Am_Clark_Kent
Cartoon Deaths
Why do we care about the death of our beloved cartoon characters. 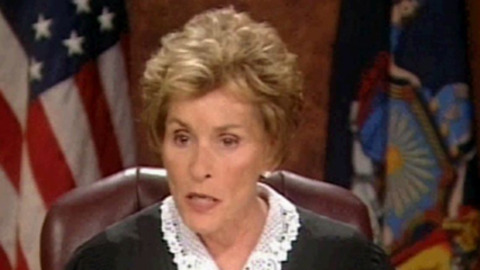 14
Caps_2-0
Fall Is A Harsh Season
It's been almost 2 years since my Mom died...I just need to speak about it. 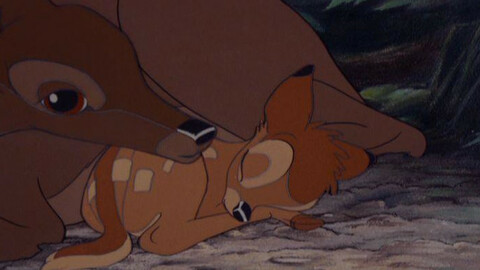 26
thewheelers
The Top 5 Parents in Disney
A tribute to the unsung heroes that raised the true Disney heroes with loving devotion...

14
DrivingReport
Arthur 'The Fonz' Fonzerelli
A Look at the Koolest Greaser of all Time!