A Talk With Sherilyn Fenn

She is a talented actress...She is an outspoken blogger...She is my newest interview.
By Caps_2-0
On
Sherilyn Fenn is one of the most accomplished actresses of our time. Starting off in cult classic comedies like "The Wild Life" and "Just One Of The Guys", she moved on to work with David Lynch on the classic 90s drama "Twin Peaks". She would later headline the Showtime comedy "Rude Awakening" and has maintained a busy career to this day. 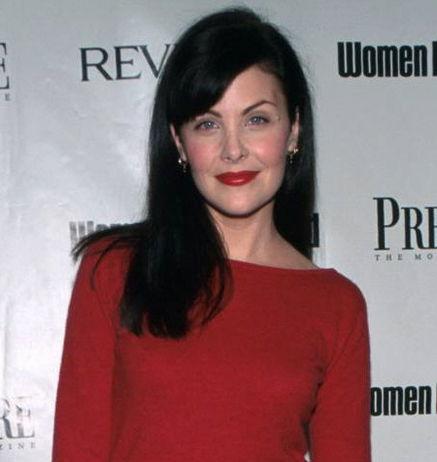 She has agreed to do an interview with me, so without any further ado, here's:

The RetroJunk Interview With Sherilyn Fenn

Sherilyn: Like most Americans I suppose... The Brady Bunch, a family nobodys could match. Charlie's Angels, who all girls hoped to be. Odd ones like Mary Hartman, Mary Hartman, ahh something closer to my life. Sat Night Live, when it first came out. Grease and Sat Night Fever, used to pray that I was in love with J. Travolta. If he was mine, I'd be happy. hahaha. Saw each about 18 times. Endless Love, will I ever have that kind of love??!!! Too many to count really but these come to mind first.

Sherilyn: I ways always the new girl. I moved around a lot as my mother got married a number of times. I would look around at a school and knew who I would eventually be friends with. Change who I was to "fit in". And find one bestfriend outside of that circle that would enter it with me. And NO, it was not necessarily the popular group.

Caps: What made you decide to become an actress?

Sherilyn: I did not choose it, it chose me. I moved to L.A. at 17, my mother met an agent who kept saying to me that I should try it. I was supposed to start my senior year at Beverly Hills high school and I said I would act instead. My mother being from a show business family was all for it. I did a few jobs and was not in love with it nor did I really understand the gift of it until I shot the pilot for Twin Peaks and then met my teacher who changed my life in everyway. Roy London. He taught me that my fucked up childhood was a gift and how I could illuminate it through my work and grow in the process by looking at things I needed to.

Caps: What jobs did you do before becoming an actress?

Sherilyn: Well, I was fortunate enough to work fairly quickly but to supplement, I worked in a clothing store. I worked as a "door bunny" at The Playboy Club [could only stomach that for 2 months] the normal boring, wanna be actress stuff.

Caps: One of your first roles was in the 1984 favorite "The Wild Life". I feel it was a very underrated piece. What was it like working on that movie?

Sherilyn: I was close to and dating Christopher Penn at the time. It was scary. I had one scene with him. The director Art Linson got mad at Chris because he said he looked like he was in love with me and that he had tried to get that look out of him in scenes with Jenny
Wright for months. It was short and sweet.

Caps: The following year, you had a supporting role in "Just One Of The Guys". If the movie were made today, do you think they would make things edgier (a la Judd Apatow's work), or keep it at the same pace?

Sherilyn: Of course it would be edgier, the entire world is different. 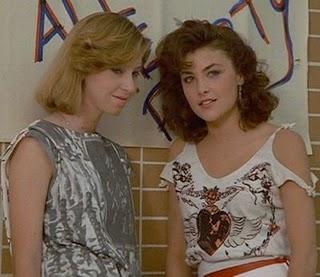 Caps: In 1986, you starred in the movies "Thrashin'" and "The Wraith". Of the two, which did you enjoy working on more, or did you like both of them?

Sherliyn: I liked working on Trashin" 1000 0/0 more. I was with a lot of friends and it was just a party. It was not some professional experience, just fun. 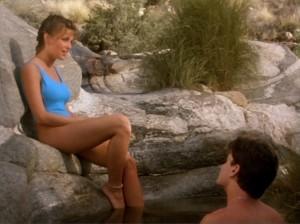 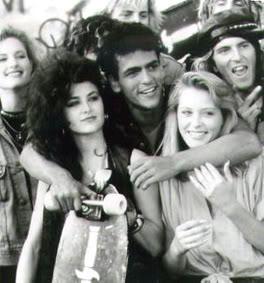 Caps: 1988's "Two Moon Junction" was interesting, being as it was Milla Jovovich's first film and the last film for both Burl Ives and Herve Villechaize. What were your experiences with each actor?

Sherilyn: Milla was a baby and just kept flipping her hair and saying who do I remind you of. I did not know, but she wanted to be Brooke Shields. Not much of a role model for an actress. My experience of that film is that I made one film and the director made another and he won. Because his was on the screen. Lesson learned, one must make sure that one is making the the same film as those around you. 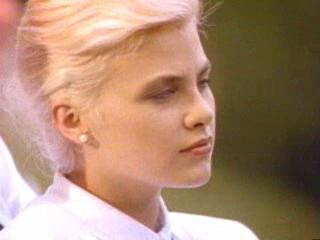 Caps: Many people have described David Lynch as weird. Being as you've worked with him several times, how does he feel about being referred to as that?

Sherilyn: It's shortsighted and shallow. He is not weird to me. He has childlike enthusiasm and an ability to see the beauty in everything the way a child does. He is courageous and not afraid to shine a light into the dark corners of his mind and by his actual example allows one to do so as well. He is an absolute original who lives outside of the box and the sleeping tribe of humanity. I wish there were more DKL's in this lowly business.

Caps: "Twin Peaks" dealt with many dark themes. What did you all do during the filming of the show to keep the mood light?

Sherilyn: It was not dark on the set at all. That was not my or anyones experience. Life has polarities and they were illuminated in a unHollywoodland way. There was a murder of a young girl that allowed people into a beautiful, small town world, thats all. 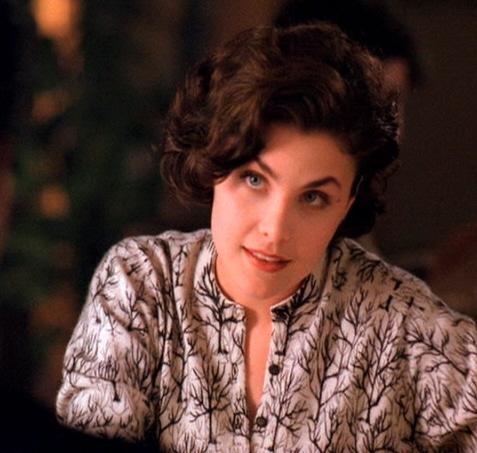 Caps: Even though the show was rather heavy going, you were featured in ABC's 1990 campaign "America's Watching ABC". Here's a link to it on YouTube: http://www.youtube.com/watch?v=SAXDHC7F14A
Sherilyn: I dont watch things about myself , but thanks anyway. And its flattering that I am a part of something that has stood the test of time. I am thankful to have done it and to the fans who remember. :]

Caps: It's been 19 years since that campaign. Do you think that ABC would do a campaign like that today, or has the time for that type of promo come and gone?

Sherilyn: I think ABC needs to continue to seek out these types of things. Things that insult the intelligence of the audience. And it does to a certain degree. The sitcom is almost dead afterall. Thank GOD!!!

Caps: 1993's "Boxing Helena" stands as one of the most controversial movies of the 90s. What were your experiences in the making of the movie?

Jennifer: It was one of the greatest experiences of my career on so many levels. I love Jennifer Lynch. She is one of the most brilliant women that I know to this day. The film is a gem. JL will surprise everyone, except me as she continues in her career. That understanding of obsessive relations to be able to pen at 19 yrs of age, as was the case, is nothing less than astonishing. 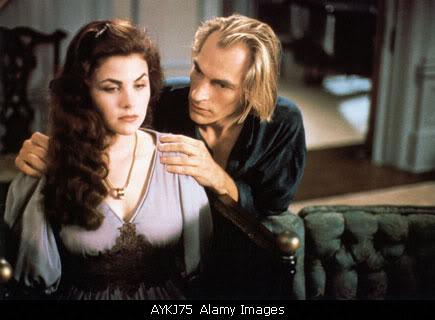 Caps: "Boxing Helena" was savaged by critics, holds a 20% score at Rotten Tomatoes and earned Jennifer Chambers Lynch a Razzie for Worst Director. What goes through your mind when acrimonious criticism emerges about a movie you've spent a dedicated effort on?

Sherilyn: Opinions are like assholes, everyone has one. Those who cannot do, review. I take it with a grain of salt. Its all nonsense.

Caps: You worked with Robert Zemeckis on the "Tales From The Crypt" episode "You, Murderer". Zemeckis stands as one of my favorite directors. What was it like to work with him?

Sherilyn: It was ok. He is nice. But I had gotten married the day before we shot. And I was acting with film of Humprey Bogart so it was......"weird." In other words, I had a lot of other things going on that made the filming for a week not too memorable.

Caps: You starred in the Showtime sitcom "Rude Awakening". I would like to ask you questions about this, but I didn't get Showtime during the time it was on the air, and I can't find reruns anywhere. Is there any chance we'll see the show released on DVD?

Sherilyn: I wish this would be released. It was a fantastic 3 year comedy workshop. It is the story of a recovering addict, alcoholic, hussy. Billie Frank was her name. Lynn Redgrave played my mother and Richard Lewis my boss. It was SO much funny and I loved the show. I really wish more people could see it. Showtime was under different management then and it was one of their first series so they were still figuring out how to do it right. Much to my dismay. 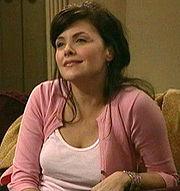 Caps: What roles did you audition for that you didn't get?

Sherilyn: Who cares. Too many to count after 25 years. Put it this way, I auditioned for 99 0/0 of the roles I DID get. Such is the nature of the beast.

Caps: You're the niece of famed rocker Suzi Quatro, and you've sang several times on-screen. Have you ever thought about cutting an album?

Sherilyn: No, I have no desire to record an album. It was traumatic enough singing on film.

Caps: How do you feel the entertainment industry has changed from the time you entered it to now?

There is less work available with all the reality tv. TV is no longer taboo. There are better shows on tv. Michelle Pfieffer does Lifetime movies. 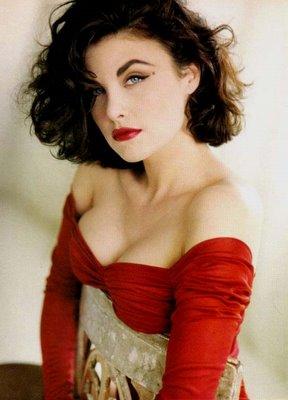 Caps: If I were to look at your DVD collection, what 5 titles would I be most surprised to find?

Sherilyn: I dont know. Unless I was high, I should not be surprised to see anything I worked on. Embarrassed might be a better word. OWWW, I wish THAT film would go away.

Caps: What was the wildest entertainment industry party you ever went to?

Sherilyn: I did not frequent parties. It was not my bag. I was always more about the work.

Caps: If you were asked to be on a show like "Dancing With The Stars" or "Celebrity Apprentice", would you accept the offer?

Sherilyn: Most likely, NOT. But I love to watch Dancing with the Stars.

Caps: You're a very busy actress, so what would be the perfect day off for you?

Sherilyn: Hanging out with my 16 and 2 year old boys. Its raining outside and I am cooking a pot of chicken soup. We are all watching a movie and laughing.

Caps: What's the farthest location you've ever gone to to shoot a movie?

Caps: Finally, if you could go back to your youth with the knowledge you have now, would you do anything differently?

Sherilyn: No, because than I would not be who I am now. I try to not have regrets and KNOW things were and are just as they should be. 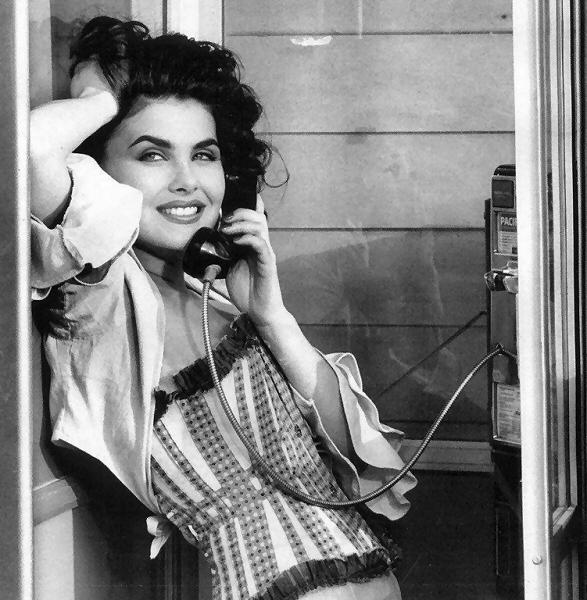 I would like to thank Ms. Fenn for agreeing to do this interview with me.

Until next time, this is Caps 2.0 saying "Think back, but keep looking forward".
17
Login To Vote!
More Articles From Caps_2-0