The Best Of M.A.S.K: The Racing Season

The season of M.A.S.K nobody wants to acknowledge, but carries the information every casual fan may want to hear...
By System
On 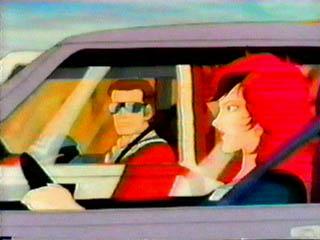 The second season of M.A.S.K, the racing season, was not a favourate of some people for a billion reasons, much as it is not the favourate of a lot of other M.A.S.K fans. To me, it absolutley reduced M.A.S.K, a series that went 65 episodes in syndication carrying its' original look with an edge and a degree of James Bond style action/adventure that did not insult a young viewers' intelligence (give or take T-Bob), to that of a gimmick.

The seasons' premise centred on M.A.S.K racing V.E.N.O.M across various locaions in a series of races around the world for trivial items such as a land contract for some country, or a peace treaty, or a trophy.

How did M.A.S.K go from an espionauge action/adventure series to THIS? Not only were V.E.N.O.M no longer TERRORISTS, but were freely exposing themselves in public with their identities well known, I suppose nobody could have capped him in the head with a sniper rifle whenever he was checking his gas metre on the track prior to the flag being lowered?

Not only were V.E.N.O.M now publicly known, but so were M.A.S.K, and unlike the first season of the series, Mayhem knew Trackers' identity, and acted like he had known it for a long time, to be fair, the US and UK comics based on the original series treated Mayhem as if he always knew who the M.A.S.K team members were, leading me to suspect that the comics are supposed to "bridge the gap" between the original and racing seasons.

So this naturally did not go down well with fans like me, even at the age of seven, who wanted to see the episodes that matched the quality of the first season, no longer present were many of the original M.A.S.K veichles and unfiorms, Tracker and Mayhem would be reduced to guest stars almost, as not every episode would showcase them, preferring to cover one or three of the two rivals per story. Scott Tracker and T-Bob were also almost completly absent, probably a releif for some, but not for their fans.

To add insult to injury, the title sequence of the series remained the same despite the change in format.

But out of the thirteen episodes produced for the second season, I found four episodes that I find not only measure up to the first season, but also could have taken M.A.S.K into other directions had the series continued.
We will start with the first episode, which I'm not exactly sure of the name of, but it most definatly preceded the transmitted first episode, why its' so essential is that it reveals Miles Mayhems' involvement in the creation of M.A.S.K, he and Tracker long co-developed and founded the technology, and the organsiation.

Now, whilst a series of mini-comics had long revealed that Mayhem had originally worked with Matts' BROTHER, and double crossed and murdered him, stealing half the masks, this was the first time a variation of the origin, minus the fact Miles commited murder, was given to explain the teams' origin, and why V.E.N.O.M shared the same abilities. The episode also sets up the premise of the season, with Miles' brother, introduced here, Maxie Mayhem, convicing him that Miles needs to go straight and make amends with Tracker. Miles agrees, but this only lasts a good couple of minutes, even worse, Maxie is easily convinced by his brother to join V.E.N.O.M

Demolition Duel to the Death : The episode introduced us to two new characters, Lester Sludge, and Boris "The Tzar" Bushkin" the story is one of a "double switch/wolf in the fold" type story that sees Boris seemingly appear to be an adversary at first, clashing frequently with the seemingly sole M.A.S.K member of the episodes' duration, Clutch "Buddy" Hawks, and soon allied himself with Vanessa Warfeild and Lester in an attack on Clutch and his new veichle, Wildcat. He soon reveals that he is a M.A.S.K agent and helps Clutch defeat the two.

This was a well written drama for a great deal of reasons, for the most part, its' probably the best animated episode of the racing season period, it features a delightful cameo from Gloria Baker (the female agent who never got her own veichle until the Split Seconds line), and Boris is such a wonderfully chilling character who relishes in gaining the upper hand, that one would think hed' make the ideal replacement for Miles Mayhem

But more importantly, this epsiode establishes Vanessa Warfeild, little more than Miles' flunkie in the first season, as the de facto primary adversary of the racing season and the secondary leader of V.E.N.O.M whenever Miles is absent, in fact, given the drasticly minor role Mayhem takes after the first episode, and the way Vanessa acts, I would not be suprised if Warfeild had assumed command of V.E.N.O.M completly by this point

Next, we move to Where Eagles Dare, which is essentially what Wacky Races would look like if Dick Dastardly was out to kill somebody. This episode showcases Matt Tracker and the Mayhem brothers battling each other, Tracker alone against the literal world, as Mayhem calls in other agents, including old school characters retaining their season one masks llike Flloyd Malloy,, and Bruno "Mad Dog" Sheppard, as well as Lester Sludge

Trackers' car Goliath takes a thorough beating in this episode, and it soon seems like hes' out of his element, trapped at one point in the desert, getting the best of the Mayhems, but nearly meeting his fate as Lesters' veichle Iguana, a bike that transformes into a shredder, rips into Goliath and nearly kills Tracker before he activates Goliaths' jet mode.

Its' not the best Tracker/Mayhem episode of the racing season, but its' certaingly the one where the leader of M.A.S.K proves he can hold his own if neccessy, and proof that not all V.E.N.O.M agens come up short.

Finally, we move to Cliffhanger,the final episodef M.A.S.K, a Brad Turner showcase that hints at a possible romantic subplot between him and Vanessa Warfeild, with both trying to outdo the other in spite of their attraction to accomplish the long term goals for their teams, it makes for compelling viewing

Many bad seasons of any cartoon have their milestones, "Sonic Underground" had the Knuckles saga, Gargoyles: The Goliath Chronicles had "The Journey", and the racing seasons has these episodes, M.A.S.K may be gone for now, and this season best left under the carpet, but careful you dont' dispose of these gems.
-1
Login To Vote!
More Articles From System

13
mcogfan
Mysterious cities of gold
My take on the greatest cartoon ever made
An unhandled error has occurred. Reload Dismiss