The kids in backwards pants that started it all.
By Vertex
On

Ask anyone born in the mid 80's what their first exposure to rap music was and they may say Run DMC. Then ask them to tell the truth and to think a little harder and they should say Kris Kross. I have never been a big fan of rap by any means but Kris Kross managed to transcend all that and for that short time in elementary school they were the shit. They hit the scene when rap was still very much an unknown, or ignored form of music. They brought this type of music to the youth and now we are all grown up and rap is arguably the most popular type of music today. Coincidence? Maybe but I don't think so.

If you have never heard Kris Kross before you may be tempted to write them off as just an old version of Little Bow Wow but you would be gravely mistaken. Kris Kross were the first, they were pioneers, and not just pioneers in wearing your clothes backwards either. If you take into account Kris Kross' era and target demographic they were actually not a bad couple of rappers. They were just hard enough to be cool but remained in good standing with parents by not including curse words or violent lyrics. It is a fine line to walk as a musician and Kriss Kross did it with finesse. 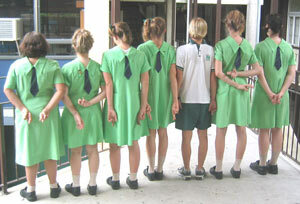 If you happened to be in the fourth grade and did not own a copy of Kris Kross' debut album Totally Krossed Out then you were an outcast, you were that kid who drooled and talked to himself all the time. It was just one of those things you had to have… It was in the kid handbook. What is possibly most amazing about the whole Kris Kross thing is that the fashion fad of wearing your clothes backwards actually caught on and you started seeing people at school with backwards pants, shirts, coats, and probably underwear for all I know then you remember Americans are stupid and we do anything that we see on TV. Only the coolest of kids actually came to school with their pants and shirts on backwards and I must admit that is where I drew the line. Peer pressure was always too much though and I often changed in the bathroom stall at school. The only problem with wearing your pants backwards is when you sit down your Casey Jones action figure jams into your ass. 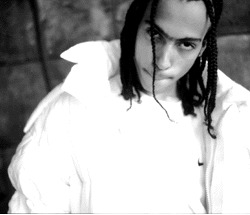 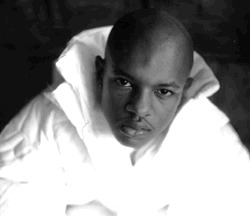 The two 13 year olds Chris Kelly and Chris Smith were spotted in a shopping mall clothing store probably shopping for clothes that go well backwards by the then struggling producer Jermaine Dupri giving the two youngsters the big break they needed. As it so happens it was also Jermaine Dupri big break and they ended up making each other big stars. They had the winning gimmick of backwards clothes and an untapped market, they couldn't lose. Their debut album, "Totally Krossed Out" skyrocketed in popularity shortly after its release in 1992, no doubt in part due to the fact that Jermaine Dupri wrote many of the songs. This was before Jermaine had enjoyed the success he does today. Jermaine Dupri went on to work with some of the biggest names in rap… Kris Kross did not. 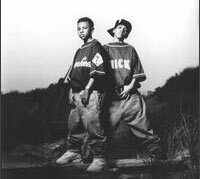 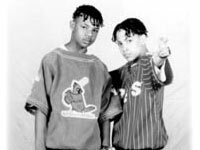 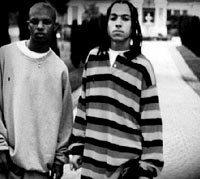 With the hit singles "Jump" and "Warm It Up" taking the entire country by storm we started to see things cheap cash ins like less than successful Sega CD game "Kris Kross: Make My Video" in which you had to listen to callers and construct a music video to their specifications… Ahhh so that's how they do it. The game was awful and it was almost impossible to put together a cool looking video with the crap effects and video clips they gave you to work with. I can't really blame them for trying to make a quick buck off of a shitty video game, I would have done the same thing in an instance. Maybe they had more foresight than everybody gave them credit for and they were stock piling for their future in unknowndom. 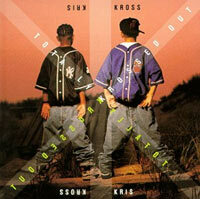 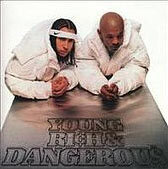 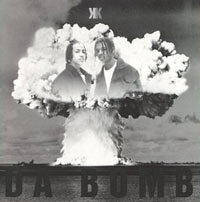 Before the year was out Totally Crossed would go on to sell over four million albums and earn the pair appearances on huge shows like The Arsenio Hall Show, Good Morning America and Live With Regis And Kathie Lee. They even managed to land a European tour with Michael Jackson. It is still questionable why the king of pop took a couple of 13 year old boys on tour with him but considering his recent accusations… we'll leave that to your imagination. 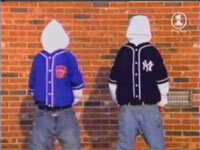 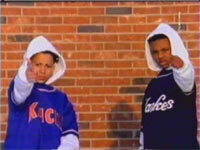 Their other albums were never quite what Totally Krossed Out was. In 1993 they tried to repeat their success with "Da Bomb" and again in 1996 with "Young Rich & Dangerous" only to receive little love for their efforts. They were fading fast and they knew it. Where are they now? Hell if I know. But you can bet they blew through their money faster than they could get a wiff of it which is on par with most child stars. Either that or their parents blew it all before they were 18. I would be willing to bet they are in some small town doing construction work amusing people with the fact that they were once big time… No doubt doing all this whilst keeping it real with their pants backwards. 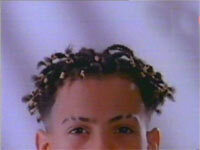 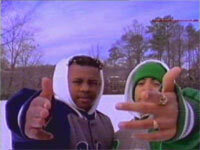 I don't think it would be giving Kris Kross too much credit to say that they are greatly responsible for introducing most of today's suburban rap listeners to this type of music. There was no way at age ten my mother was going to let me listen to other "harder" rap music. They were not playing it on MTV anyway so there was no way I would even know about the alternatives. Rap did not even exist to a 10 year old suburban kid before Kriss Kross came along. It's hard to think back on your youth and of some of the music you listened to and not think of Kris Kross.
4
Login To Vote!
More Articles From Vertex