We take a look at the only episode of Battletoads ever aired.
By Vertex
On 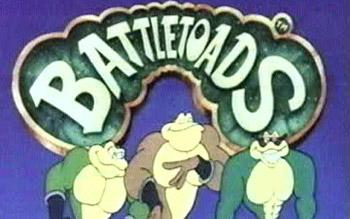 The Battletoads gained fame in their 1991 Nintendo game, it featured pretty decent graphics for the time, and an insane difficulty level that made you want throw the controller at the TV. The cartoon, which came out shortly after the game, serves as a prequel and looks into how the toads became who they are today. The Battletoads cartoon was a holiday special made to promote the video game for Christmas, and to kind of get a feel for if there was a demand for the train wreck of a cartoon. I think it was to all of our benefit that there was not and only a single episode was ever produced. The cartoon only really served to expose the whole Battletoads thing for what it really was... A really, really, blatant Ninja Turtles rip off, except for this cartoon was neither funny or cool in any way. 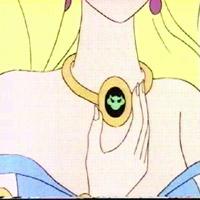 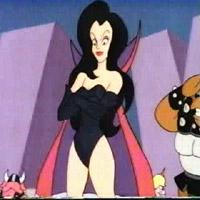 The adventure in tedium begins with the Dark Queen chasing Princess Angelica, and professor T-Bird who posses the great galactico amulet which the dark princess seems MUST have for reasons that are never made clear. 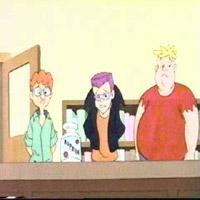 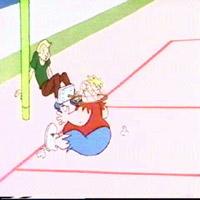 Back on earth we are introduced to three misfits Morgan Ziegler, Dave Shar, and George Pie. They are standing in the Junior High principles office getting chewed out for being "The biggest losers in the history of Waldo P. Oxford High" This I most definitely see but do you really get called into the principals office because you are a loser? This is kind of an asshole thing to do since from what I could tell they are not so much hellraisers, as they are just idoits with a nack for screwing things up. He orders them to not see each other in hopes that this will curve their collective stupidity. Things must have really been bad before because while they are split up the trio seem to make a general nuisance of themselves. And I do not mean in that cool kind of badass way either. I mean these guys are fucking losers. If they are not spouting horrid lingo like cosmicly cool while pushing people over in a basketball game, they are blowing up computers simply by pressing a few keys… These guys are major retards. Why they thought kids would find these three dorks cool or relate to them I don't know. 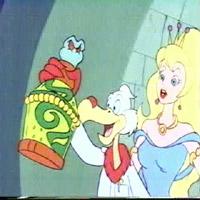 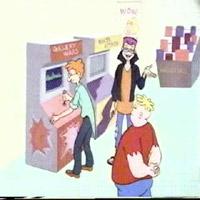 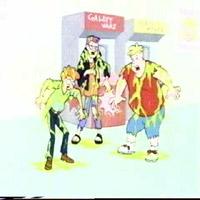 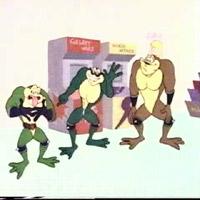 After their extensive day of screwing up, the trio decide to hit up the Stop and Scarf for some arcade playing. Ziegler comments that life would be much better if it were like a video game, and right then BAM the Professor and the Princess come plowing through the screen. And of course being a Professor, T-Bird picks out the first bunch of assfaces he runs into for his great journey. So naturally the Professor drenches them in the frog jizz which zapps them into trash talking, wise cracking, Ninja Tur-...Oops I mean Battletoads. It is not long before they have their first test. As it so happens the Dark Queen has located them and followed by warping through a nearby slurpee machine. The three use their newfound powers to easily run off the Dark Queen and her minions in a sort of, kinda, humorous way…I guess. After the fight, the Princess dubs the frogs with the "Ancient names of honor." Those names being Zits, Rash, and Pimple… Now what damn planet are those names honorable? At this point, I think the Princess can tell these guys are major dipshits, so I think she is just getting her jollies by giving them stupid names. The Professor then informs them that they can change to and from their frog and human forms at any time.

I will give the Battletoads cartoon one thing, and that is that they tried REALLY hard to push off some god awful home made slang like psychotronic, cosmorific, and geek-o-matic. I just can't understand why it did not end up catching on...

Now that the gang is safe from the Dark Queen for the time being, the cartoon decides to kill some time by forcing the Princess to get a job at a donut shop, and have the Professor fix an old car the three kids just happen to have sitting around. 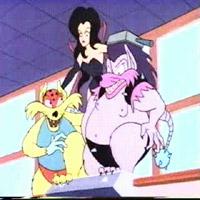 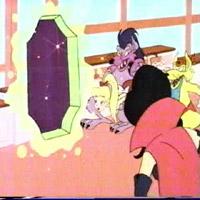 It is hard for me to understand what the makers of this slop were thinking when they decided to just throw in horrid catch phrase, after horrid catch phrase. I know kids are stupid but did they really think this little of us? They must have thought to themselves hey since all the Ninja Turtles fans seem to really like all that hip jargon maybe if we make some words up and say cosmic a lot they will REALLY love us! I guess this kind of explains why they go from sounding like dorks as kids to knarley surfers when they hit toad form. It really is pretty sad when you can't even manage to make mutant frogs cool. The entire thing reeks of having 50 year old guys trying to guess what kids think are cool. I know cartoons don't generally have the best of plots, or character design, but this is just plain ridicules. They could have done something to make them at least marginally cool. 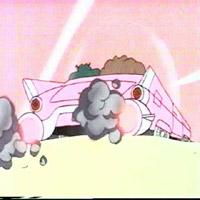 With the teleporter destroyed, and the princess in a far away galaxy, the toads feel hopeless. But wait!! The Professor being the super freak he is, managed to outfit the car the boys happened to have just sitting around (I think they stole the car if you ask me) and somehow made it capable of flying in outer space…</font></p> 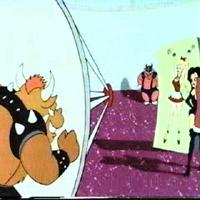 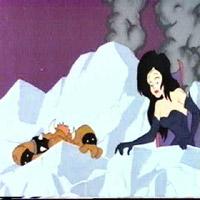 As they reach the Dark Queens lair, they interrupt the her just as she is about to zap the necklace off of the Princesses neck. As they attempt to fight the Dark Princess, they quickly find that she is far to powerful. She seems to have the ability to go into a cyclone like spin, and that is far more than the toads can handle. They then get the bright idea to explode the Dark Queens generator, and destroy her tower of evil instead of fighting her. As her lair collapses the toads make a clean break. The Dark Queen emerges from the rubble and vows revenge. 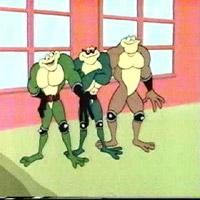 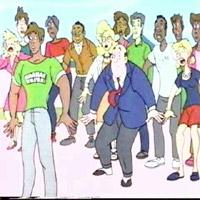 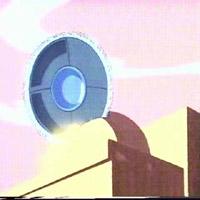 You would think this would be a great place to end the cartoon, but not this monotonous pile of bile. We are brought back to Earth as the toads, in their kid form, are making their return to school. As it turns out, they are still numb nuts and of course this does not please the principle. They are then forced to show their Battletoad forms… I guess they were not really forced, in fact they pretty much just turned into frogs for the hell of it. They don't really bother taking into consideration the fact that turning into frogs in front everybody may raise a few red flags. As the kids turn into toads, the Dark Princess swoops in and threatens to destroy the mall with her big cordless saw spaceship. The toads being the Mall loving guys they are, decide to stop her once and for all. With their toad super powers they managed to drill a way into her evil spaceship, and foil the Dark Queens plans at long last. 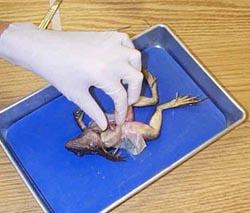 With the planet saved, the toads are shipped off to a government test facility, and unceremoniously dissected. All accept their legs, which were eaten with barbecue sauce.

As the cartoon ends, we are left with a "to be continued?" as if they had hoped to someday pick up where they left off. The only reason the Battletoads cartoon is so disappointing, is that it had so much potential. I really did love playing the game as a kid, and if they would have at least TRIED to make a decent cartoon I would have been hooked on the show.
11
Login To Vote!
More Articles From Vertex