Meow!
By Pinface
On
Sometimes there are creatures in legends and myths that have appeal such as mermaids, fairies, elf girls and catgirls. Long ago the first Catgirl was Baset who was an Egyptian goddess of love and has been told in many Egyptian legends since thus the fascination for catgirls began in other cultures around the world. In cartoons, they can make them strangely attractive and here are my top 15 faves. 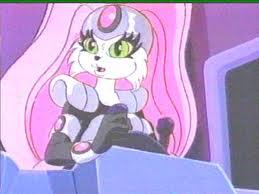 16. Jenny (Bucky O'Hare):
Despite she is 3 feet tall compared to the size of a human, she still is a knock-out especially with that pink hair, i always did liked her since i was 10. 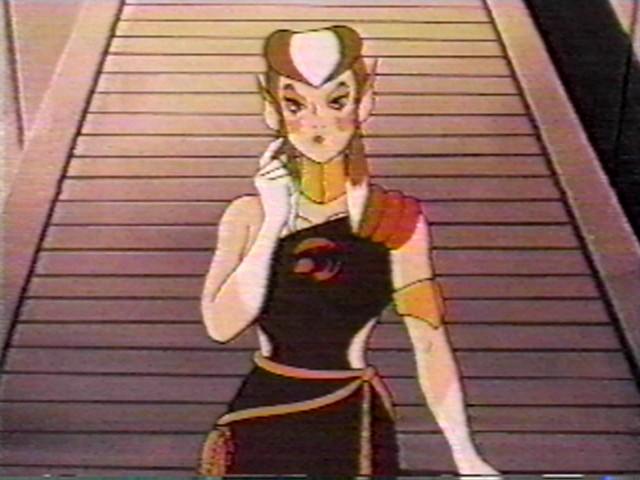 15. Pumraya (Thundercats):
Not as popular as Cheetara but still a lovely humanoid feline woman in her own right, gotta love the hair that is brown and white as it makes an interesting mix and she is almost as hot as Cheetara. 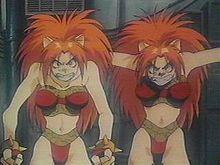 14. The Puma Sisters (Dominion Tank Police):
What hotties these two are! i remembered watching this on the Sci-fi Channel when i was 13 and what a surprise this was, who can't forget that hot semi-nude dance sequence they did with the cops? these humanoid creations are just what the doctor ordered. 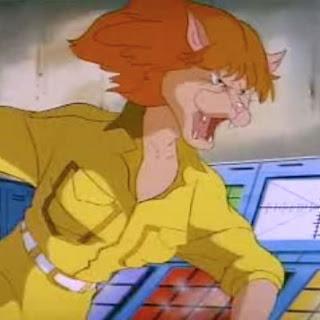 13. Mutated April O'Neil (Teenage Mutant Ninja Turtles):
In the 1988 episode "Catwoman from Channel 6", April O'Neil accidently merged herself with her cat and becomes a catperson. April O'Neil is quite the hottie and even cute as a catperson as well as she does look weird but nice. 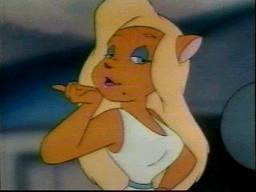 12. Kitten Kaboodle (Talespin): Movie-star in her own world and she is damned gorgeous too, no wonder she is a major actress and won the hearts of many including Balloo. No wonder Rebecca is jealous of her, plus it didn't hurt that Tress Macneille was her voice. 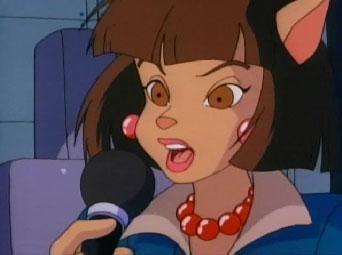 11. Ann Gora (Swat Kats): Imagine if Trish from Family Guy was turned into a catgirl? this could be it, nice voice, cute looks and always looking for a story. She's definitely on par with April O'Neil, Lois Lane and even Sweet Polly Purebread when it comes to attractive reporters. 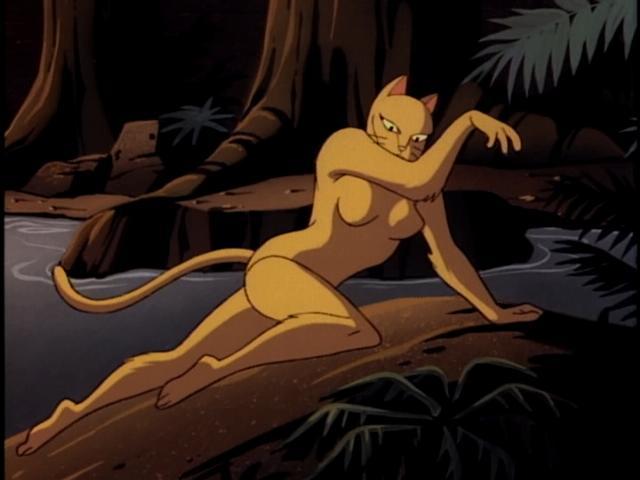 10. Mutated Selina Kyle (Batman TAS): Catwoman has been one of my fictional crushes for 23 years since i read the comics and watched the 60's show, i adore her in just about any version in comics (except for Year One's version), movies, comics and games as that includes this version. In the Batman TAS episode "Tyger Tyger", the ever lovely Selina Kyle is kidnapped by a scientist and turned into a strangely sexy literal cat-woman, i remembered when i was 10 years old watching this on Fox with my older brother Neil and then when mutated Selina crept out from the shadows i was like "What the..." then after commercial break, when she did this pose i whistled at her including going "hubba hubba" and my bigger brother was like laughing saying "John, she's a feline silly" and i responded "I know" as my jaw was dropped during the whole episode. 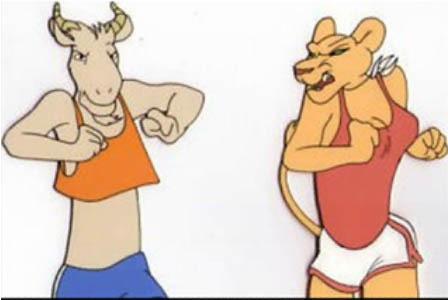 9. Kit Mambo (Animalympics): Loved this movie since 4 and always thought Kit Mambo was beautiful! a shapely lioness who is a high medal champion that knows how to jog well especially with a goat despite she is a predator yet falls for the sap and i can't say i blame Rene for that. 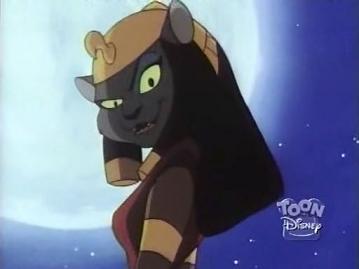 8. Mirage (Aladdin The Series): What can i say, she's GORGEOUS! i always liked her since i was 12 when i watched this show every morning with gargoyles. Bebe Neuwirth's voice just made her even more exotic. 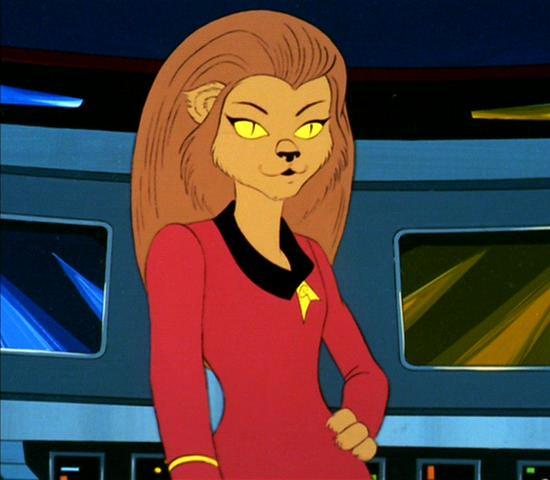 7. M'ress (Star Trek TAS): Ah yes, what Trek fan can't forget her? i use to watch this show all the time on Nick back in the 80s when they showed reruns of it and it introduced me to ST besides the first 3 ST movies on video and dang, this lady is the cat's knees for being an alien feline. 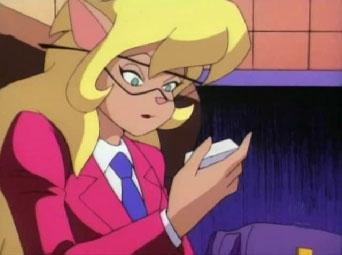 6. Callie Briggs (Swat Kats):
Blonde hair, a sultry voice and glasses make her even more gorgeous. What can i say? she is totally beautiful in her own right as well as brains and courage, a winner for me since i was 11. 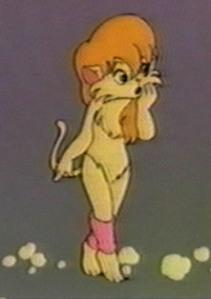 5. Cleo (Heathcliff): Who didn't remember this cutie? i mean she is an 80s icon who started everyone's fascination for catgirls back in the 80s including me when i was 4. She still looks ravishing in leg-warmers. 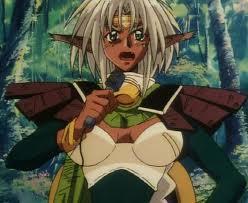 4. Aishia Clan Clan (Outlaw Star): Crazy, sexy and tough yet she can put up a fight to anyone who messes with her. Her personality is bubbly at best and she has won many fans since her debut on the show including me when i was a teenager watching the show on Toonami but even more in the uncut subtitled tapes i saw in anime club in high school. 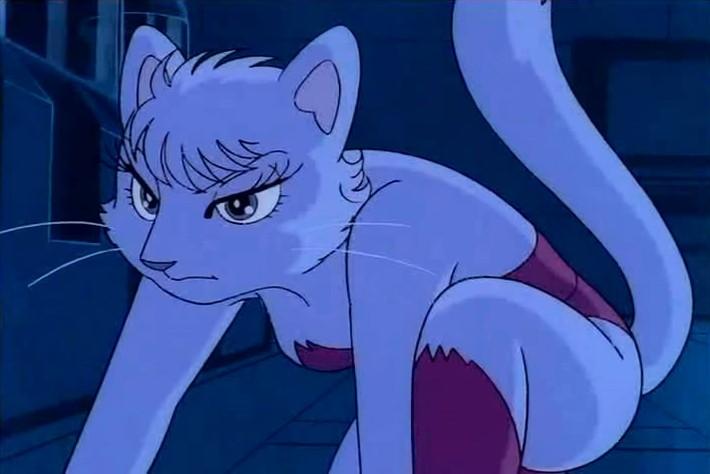 3. Bagi The Mighty Monster of Nature: Osamu Tezuka's 1984 Sci-fi fantasy adventure has gained a cult following since there has been fansub tapes in the late 80s and in the 90s. A unique Dr. Moreau meets Disney type story that can be viewed online and you can see why it has a cult following and a heartbreaking film. Loved it since i was 15 when i made myself a copy off a fansub tape and Bagi who is a genetically enhanced pink lioness/human mixture is jaw-dropping. I believe this movie influenced that Batman TAS episode i mentioned and other stuff, even on Courage The Cowardly Dog there was one reference to this movie. 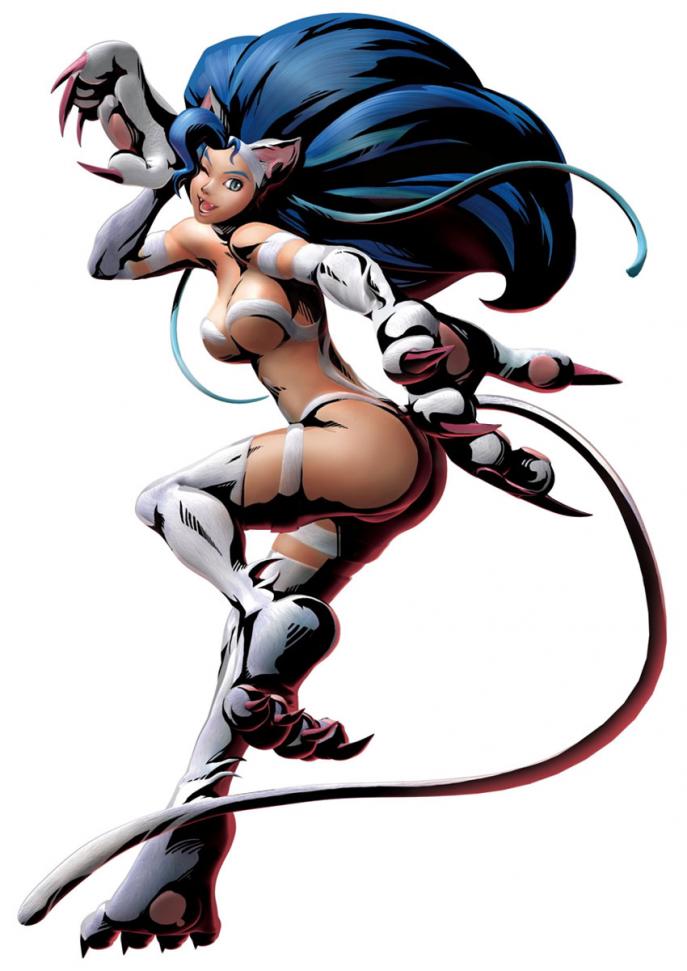 2. Felicia (Darkstalkers):
She definitely made quite an impression since her debut in 1994's Darkstalkers game and won the hearts of many gaming fanboys. I remembered playing this game when i was 12 when it debuted in arcades, i fell in love with her and Morrigan as they were some of the hottest game chicks i've seen. Blue hair, spunky personality and walks naked all the time, what's not to like? 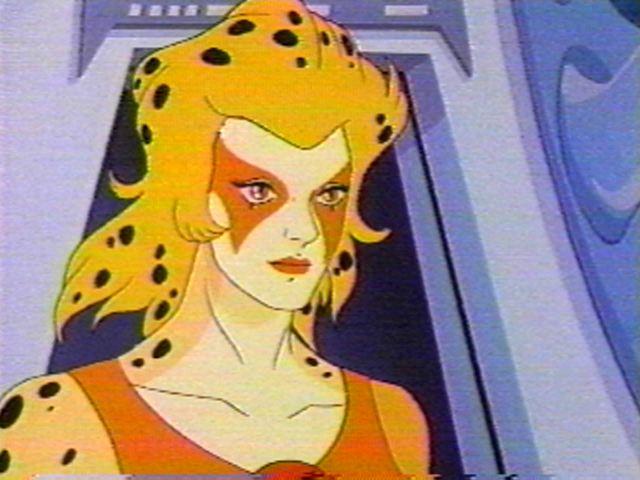 1. Cheetara (Thundercats):
ALL HAIL, the queen of all cartoon catgirls of yet to come! she was one of my first crushes when i was 4 years old when i watched the show. Beautiful eyes and spotted hair with curves, fast as hell, you know your sold. It also didn't hurt to help that she was nude on the first episode which was an unexpected surprise.
20
Login To Vote!
More Articles From Pinface