One of many forgotten Sci Fi B movies of the era.
By devin_b
On
When I was a little kid, I was a huge fan of dinosaurs and other monsters. This movie was one of the first ones about dinosaurs I'd ever seen; Dinosaurus!. 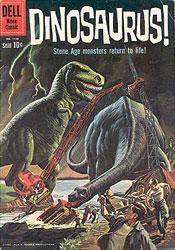 This movie was made in 1960, taking place on an unknown Carribean island where American workers were preparing to build a harbour. A blast in the ocean uncovers two dinosaurs, a brontosaurus and tyrannosaurus rex, frozen in suspended animation for millions of years along with a caveman, and they are dragged up to shore. That night as the islanders go about their business, a storm rolls in and a lightning bolt strikes the dinosaurs and caveman reviving them. The t-rex goes on a rampage killing people and crushing cars as the brontosaurus just wanders around eating, while the caveman explores people's homes occasionally getting startled by some of the modern inventions such as a radio and a toilet. 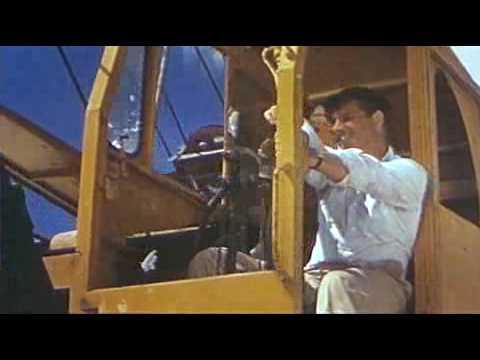 The hero, Bart. He helps rally the islanders to evacuate to an old fortress for safefy from the t-rex. He eventually has a final dual with the t-rex in a large digger. 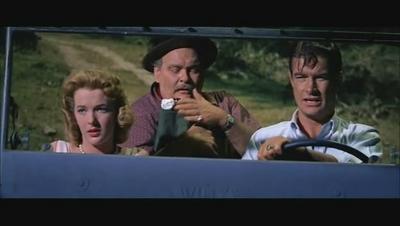 The damsel in distress, Betty Piper. She is attacked by the t-rex but quickly rescued by the caveman who axes the dinosaur in the foot, then rescued by Bart from the cave as it collapses. 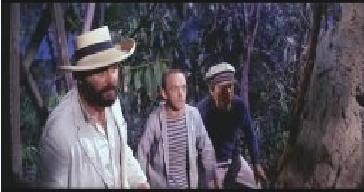 The villians, Mike Hacker and his thugs. They are the first to discover the caveman and try to hide him, but their secret's out once he's revived. Hacker is killed as the cave they were hiding in begins to collapse. 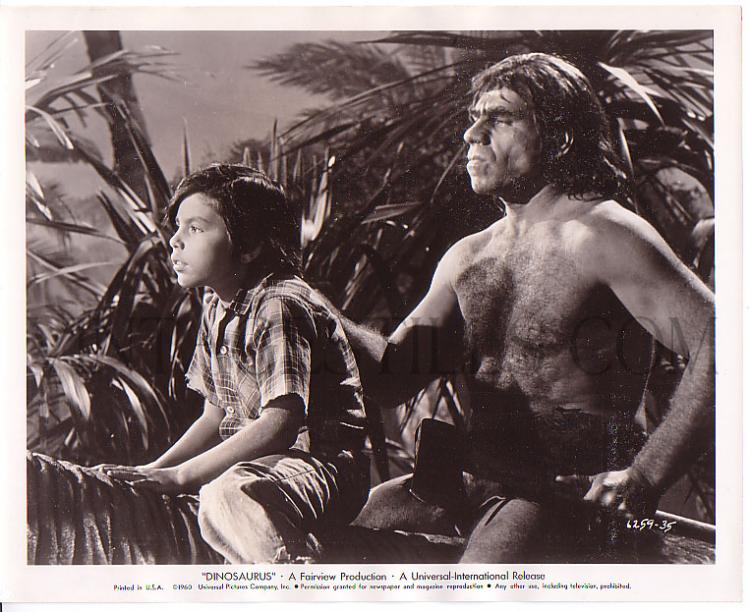 The caveman. After he is revived, he explores the islands and one of the homes where he befriends a young boy named Julio who attempts to help him adapt to the new world. He dies trying to keep the cave from collapsing long enough for everyone inside to escape. 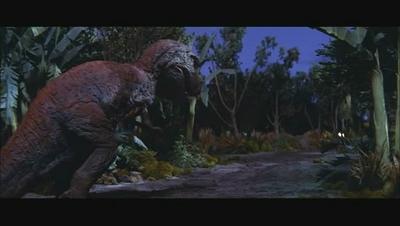 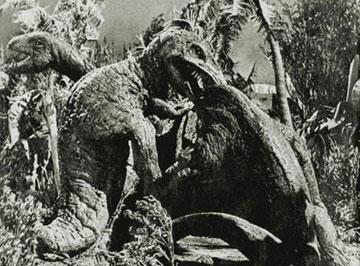 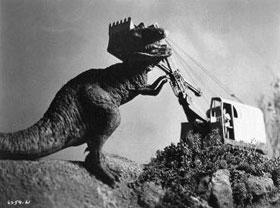 The dinosaurs. After a while the two eventually meet and fight. The t-rex takes down brontosaurus biting its neck and leaving it for dead. The brontosaurus however, manages to survive the attack, only to wander into quick sand sealing its fate. The t-rex has a fight with Bart who mans a digging machine and is knocked into the ocean where it came from.

At the end of the movie, the t-rex is seen at the bottom of the ocean. The title "The End" appears along with a ?, implying there might have been a slim chance of a sequel. But after 50 years since this movie came out, I doubt it will happen. While this film had several obvious flaws like the anatomy of the t-rex and a caveman being around in the same period the dinosaurs were, I found it enjoyable and still do to this day. I even found and bought the DVD. If you enjoy Sci Fi B movies, I would highly recommend this one.
4
Login To Vote!
More Articles From devin_b 15
devin_b
Hacked Games #1
One of many hacked games.