Films based on games

Taking a look at the worst and best attempt at games to film.
By dg
On
We all know that not allot films really ever capture the magic and feel that made the games so successful but there have been some that were ok.
I think the most successful adaptions are comics to film. Cartoons are starting to take off with the likes of Transformers now. They've done some pretty decent films like Teenage Mutant Ninja Turtles and Masters Of the universe which I find fun. Hopefully there make more classic cartoons from the 80's into film because there so many. I think this film takes too much of a beating towards criticism. Obviously its not brilliant but for kids I think its really fun and I hadn't seen it in year and watched it again recently and I didn't mind it. I just saw it it as a bit of fun and didn't take it too seriously.
I think what people have to understand is this is probably the best they could do at making a live action film because your not gonna see Bob Hoskins jumping on enemies and going down pipes. They had to have some sort or realism to it other wise it would look ridicules.
The only thing I can say about it being remade is to make a CG version of it which is the best option. That way you can make it closer to the games. 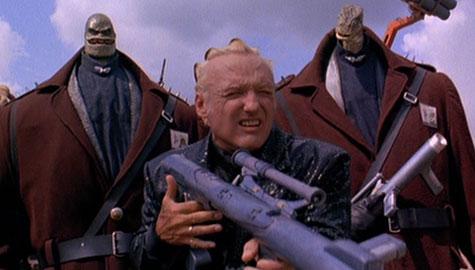 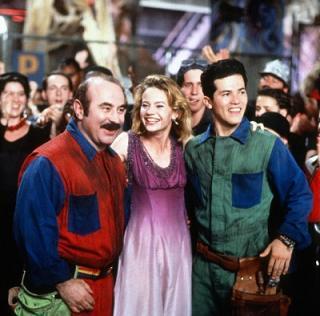 To tell you the truth I haven't seen this film for years but from what I remember I'm not missing anything. I think the only decent thing about this film was Mark Dacascos who is a great martial artist.
Unfortunately it suffered the same problem as Street Fighter being too camp rather than being more violent like the game. 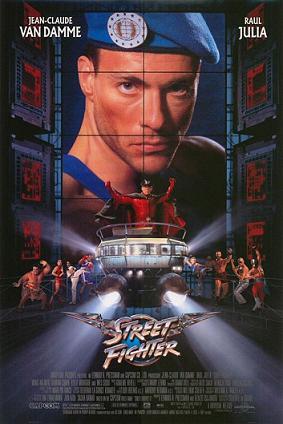 I'm a big fan of Van Damme but I will have to admit this film was terrible. Its the only Van Damme film I saw at the cinema as a kid but I really enjoyed it at the time but now I'm older I a can see how bad it is. It was so camp and cheesy and didn't capture they intense feel of the game. I think Dolph Lungdren would have been more suited to play Guile and Van Damme could have played Ryu the way he looked in Kickboxer.
The last fight at the end between Van Damme and Bison was the only highlight of the film worth watching. It was sad to know it was Raul Julia's last film before he passed away and a shame he made this instead of something decent. Your best off watching the Manga version which was awesome and really paid tribute to the game. It based Ryu and Ken as the main characters which they should have done for the film. 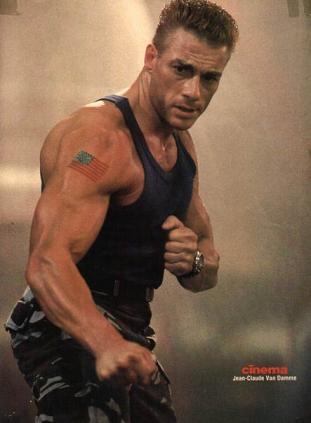 Next on the beet em-up to film was the blood-fest game Mortal Kombat. It looked as if it stayed more true to game and although it wasn't as bloody as the games it was more enjoyable to watch and less camp than street fighter.
I think Mortal Kombat was slightly easier to make into a film because it had more of a fantasy element to it. Although Street Fighter had special powers it was more about different fighters from all over the world with different techniques. Maybe if they showed there special powers it would have made the film more exciting.
The Goro boss in Mortal Kombat was quite impressive and how I would imagine him on screen. Maybe if the film was an 18 they might have pushed the bar on the gore which would have made it much more stratifying. 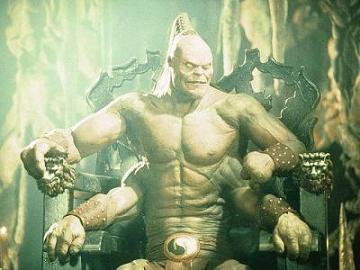 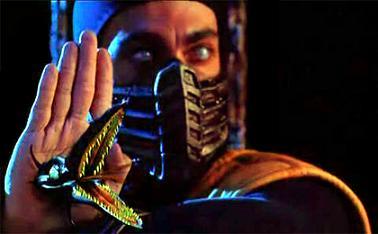 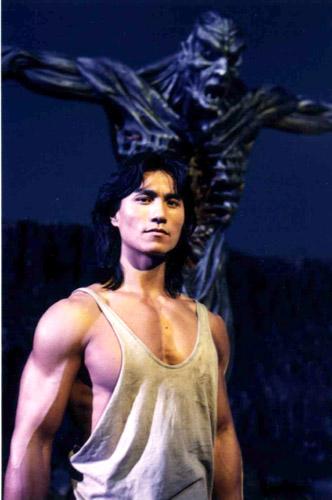 I was really disappointed in this. I think they should have based the film on the first game more. The films were mainly action and just a bit of fun. The first game was more about finding mythical objects and exploring eerie caves. Especially when she discovers the Prehistoric part in the lost valley where Dinosaurs had survived for millions of years. Its a great moment when she has to fight the T-Rex. I didn't mind Angelina Jolie but they chose her more for looks rather than focusing on the story more.
I think they should reboot the films and base it on the first game more. Maybe get a good English actress and also get the old waiter which was in the games. I think the films were just for a younger audience when they could try and reach a wider one and make it have the same appeal as the Indiana Jones films. 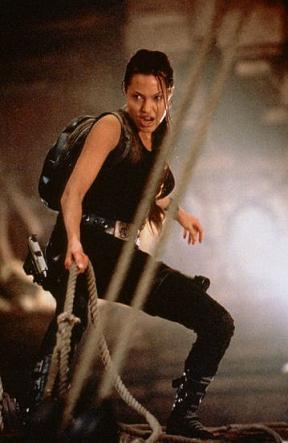 I think Keira Knightley could play Lara Croft really well if they ever did a reboot. She has the perfect accent and could get a physique right for the role. Having big boobs wouldn't matter because I would rather have a good storyline like the first game than look at Lara for that. Resident Evil is probably the most disappointed game to film I have seen. I absolutely cannot stand the films and they've gotten worse with the sequels. Its not hard to base the films off the game just don't make it so predictable and think up new things here and their. The films never had any suspense or any real horror. They were like sc-fi action and the lead Milla Jovoich playing her usual character kicking every ones ass like in fifth element, rather than be more realistic to the characters of the game. George A. Romero was going to direct it who knows the genre so well and gonna make it much truer to the game but unfortunately his script was rejected and he was replaced which was such a shame.
Im sure his film would have been much more satisfying and its a real shame it was never made. Here is his script.

Although there are some things in there that you might find slightly corny, it still would have been a much more enjoyable film than what Paul W.S. Anderson gave us and the crap after.

A guy on cinema-crazed even wrote a review on George A. Romero script which is an interesting read. He gave it 3/5 which means it would have a been decent enough if it were made.
http://www.cinema-crazed.com/r-z/REscript.htm

This is my petition to get it remade someday and make them see what the true fans think of the crap they made
Resident Evil movie remake based on the game!
http://www.petitiononline.com/signmedg/petition.html Silent Hill was ok its one of the better attempts. Mainly because they made it truer to the game. I'm not saying I enjoyed it loads because I found it a bit bland at times. I know the game was in some deserted and isolated town but the film just felt a bit boring. It just seemed as if the director worked more on the look rather than the story. There just seemed to be something missing.
I know this sounds a bit sexist but I remember playing the game and it was a guy who you played as and I would have preferred it being a man in the film as the main character. 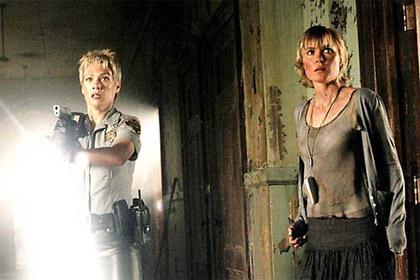 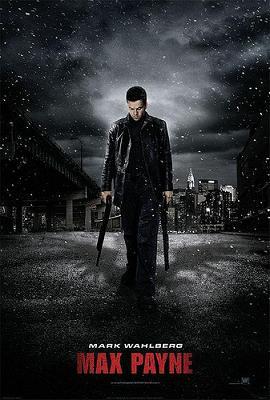 Max Payne should have been more like the Crow but I don't mean as in Gothic but the dark feel that the Crow had. Infact Alex Proyas is a good director and would have made a much better Max Payne film. The game was a classic and had a brilliant storyline. Why they never used more of it for the film i don't know. I wouldn't have even cared if never used any stop time action because they probably only had that because the Matrix anyway. The game was all about the storyline and action. I suppose they just chose Mark Wallberg as Max Payne too get a big name to attract people to see it but he wasn't anything special. They should have chose a more unknown lie Dean Winters maybe.
This film was a real shame because I loved the first game and this could have been something special on screen. 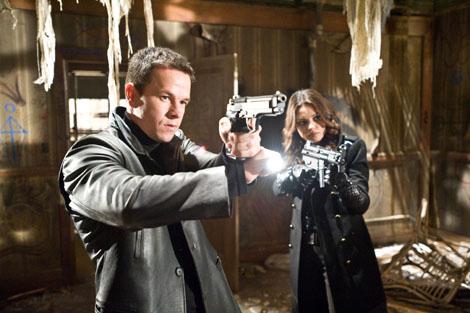 Games I think would make great films whether live action or cg.

I did miss out Uwe Boll game to film adaptions but I haven't seen any yet but from what Ive heard there supposed to be really bad anyway.The only conclusion I can think of is to make a game well into a film is you have to stray true to the storyline and characters otherwise your gonna loose the appeal that made the games so successful in the first place.
Im not saying directors carnt think up new things so its not so predictable but as long as they stay more close to the original source there do better.
16
Login To Vote!
More Articles From dg

Are you sure you want to delete this comment?
and to echeetah, they dont even review most of the same movies. This article reveiws Silent Hill (SILENT HILL FOR CHRIST SAKE) whcih was apsent from DL article. Yeas they review afew of the same movies but then again there weirt even that many main stream VG to movie adaptions anyway so of course you'll end up review afew of the same, if not most, and this guy does a better job at it to. Dalmationlover doesnt even try to review Tomb Raider, or Resident Evil. Or even give us his honest thoughts on em since he even admits he's never even seen em. Which is why dg's article is largely supperier.

I agree that Ryu and Ken should have been the main characters in Street Fighter as opposed to Guil.

Are you sure you want to delete this comment?
Mortal Kombat was alright as VG movies go but the one thing that really disapointed me was that they didn't expand on the Sub-Zero/Scorpion story line. To me these two characters and their story line was always the most interesting aspect of the game (not to mention that I owned as Sub-Zero). Instead the movie just cast them as Shang Tsun's bitches. Also, I thought they made Sonya Blades into too much of a damsel in distress. They could have at least let her take down one of the three ninjas (Sub-Zero, Scorpion or Reptile).

I agree that Ryu and Ken should have been the main characters in Street Fighter as opposed to Guil.

and yeah hollywood seems to have a hard time of just sticking to the plot of the game/s, I reakon the Halo movie would've been good if it actually got somewhere.

Are you sure you want to delete this comment?
When it comes to the Resident Evil Movies only good one so far is the Degeneration movie

and yeah hollywood seems to have a hard time of just sticking to the plot of the game/s, I reakon the Halo movie would've been good if it actually got somewhere.