Fall Is A Harsh Season

It's been almost 2 years since my Mom died...I just need to speak about it.
By Caps_2-0
On
I've been dealing with some writer's block for a few months, which is why I haven't written anything since the Kitten Natividad interview earlier this year. Approaching not only an anniversary, but also the end of my 20s, I need to write this out.

For those of you who have been following my writings over the course of the past 6 years, you know that I wrote a piece entitled "My Life And My Father's Death". It described various pop-culture facets that were impacted by the death of my dad. I never imagined I would be doing a similar article for my Mom.

In 2010, I did another article called "The Value Of Family". I detailed the emotional issues I was having in the wake of my mother going into chemo. Unfortunately, before the year was out, multiple melanoma would claim my mother's life.

I remember many things about her, admittedly not all of them positive. This will be a mixture for me.

One of the positive things I remember was that my Mom was a tremendous fan of the show "Judge Judy". 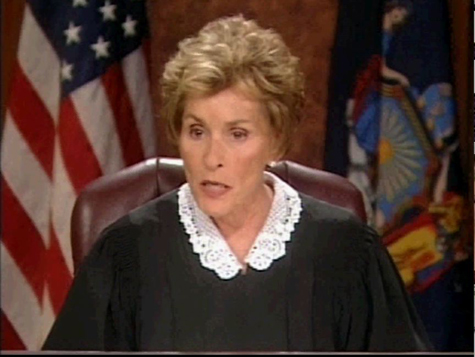 It was appointment viewing for her. Whether she was taking me to see my psychologist or just relaxing around the house, when it got to be 4:00 PM, you could hear saying, in reference to MC Hammer's "U Can't Touch This", "Judy Time".

It was a highlight of her day. Unfortunately, in her last few months, watching this show didn't cheer her up as much as it used to. I would often find her, sitting in silence, watching the show like she was just counting down the days. When she wouldn't get excited about watching the show, I knew that something was wrong. She was a woman with varying moods, but a favorite show or movie could usually cheer her up. To watch a woman who enjoyed the simple things in life and often showed that enjoyment go to just staring blankly at a screen meant something that to this day I still can't put a bead on.

She was in and out of the hospital several times in her dying months, and every time she went in, things just seemed to get worse for her. In between hospital visits, my Mom took me to Barnes And Noble, as she would occasionally do. 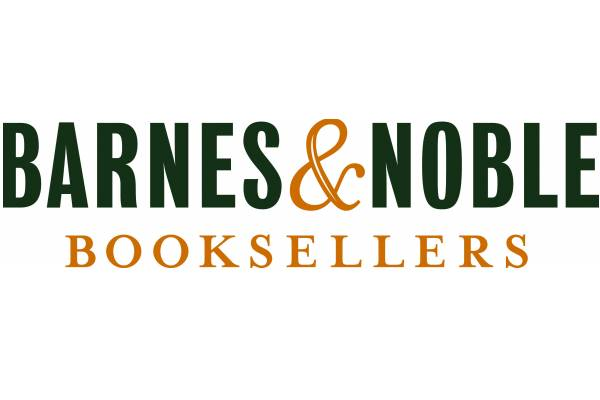 On this trip, something was different, though. My Mom would often talk to me when she drove me to various things and places, but this time, she didn't want me speaking to her at all. Even something like "What's Going On?" would cause her to quiet me. I'm guessing she was dealing with what the doctors were telling her, but I was feeling like a burden. Later that day, after I was back with my books, I was upstairs engaged in one of them when I heard my Mom and brother having an argument. I asked what the argument was about later, and Mom said it was about me. She then proceeded to lay into me, saying I only thought of myself and that my room was a hoarder's dream. She was basically calling me a selfish hoarder, and she never apologized for it. I thought of all I had done to help her, from helping around the house to waking up in the middle of the night to comfort her when she was having nightmares, just like she did for me when I was younger, and I was feeling unappreciated.

Of course, our relationship was a contentious one. We differed on politics, pop-culture and my talking about my past. I often talk about the past in an effort to figure out where I went wrong, and how I can right it. I was talking about my problems one time early in 2010, and my Mom reached into the cutlery drawer, pulled out a knife and screamed at me "DO YOU WANT TO KILL YOURSELF?" 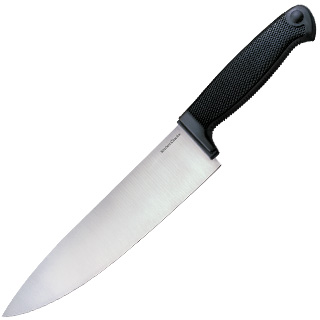 I can understand how a dying woman wouldn't want to hear about a living man's problems, but when your Mom pulls a knife on you, what are you supposed to think? I thought "Does my Mom want me dead?"

We differed in other ways as well. For example, she was okay with her friends calling her a "bitch". I wasn't okay with it, but my Mom threatened to kick me out of the house if I bought up my objections to her friends. When I told her I was defending her because I loved her, she rolled her eyes and got a smile on her face that said "Stop talking, you idiot".

I know that most of you are probably thinking of the song "Kyle's Mom Is A Bitch" right now, but that was a movie, and I was dealing with her friends calling her that in real life.

Another time, she dubbed me foolish for talking bad in public about someone who made a crude sexual remark at her expense when I made a mistake several years ago. To be specific, in 2008, I took one cab company home, and forgot to notify the other. The driver was waiting for me, and when he didn't find me, the store sent out associates to look for me and my Mom was pulled away from seeing "Indiana Jones And The Kingdom Of The Crystal Skull" to look for me. The following evening, I paid the driver, but he growled at me "Get in and shut the fuck up". When I told him my Mom would compensate for the prior evening's lost money, this bastard said "Your Mom can wipe her ass with the money". Insult me...Leave my Mom out of it. I've hated him ever since, but my Mom thought me foolish for speaking bad about someone who spoke bad about her.

It was not an easy road, and I never made my peace with her. She came home from another hospital visit in early October, and was relaxing in her bed. I came up to say good night to her and tell her I loved her. She smiled and told me that she loved me as well. Not even a day after she got home, she fell out of her bed and was wailing in pain. She returned to the hospital, but when she came out, she wasn't the same woman. The cancer she had was eating away at her, and she was changing. She was regressing into a baby-like state, talking nonsense, wearing adult diapers, having to be helped to a stationary toilet because she could no longer sit on a regular one...It was tough. I've always been somewhat of a kid (Having Aspergers' Syndrome sort of keeps you in some child-like behaviors), so to be thrust into the role of parent to a parent was nerve-wracking.

Eventually, she stopped speaking altogether, and was being kept alive by an oxygen machine. 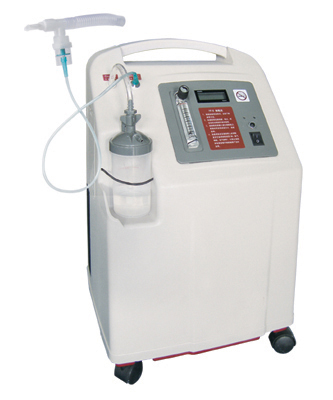 I was reading guidebooks hospice provided about preparing for a loved one's death. I read in one of them that many patients express a moment of sentience before they die, drawing out of their rest and speaking and acting like everything is normal.

To get my Mom out of it, or try to, I did something I swore I would never do in front of her after she said that the activity was annoying her while she was driving. I sang. To be specific, since my Mom was subsisting pretty much on Dr. Pepper near the end, I did the old "I'm A Pepper" jingle for her. You've seen the picture of me in a button-covered denim jacket, so you know what I look like. Now imagine me without the jacket and doing my best David Naughton just to try and reach her.

It didn't work, though. She wasn't responding at all. Family was in the house while she was dying, and I found myself watching a Halloween Parade on WPIX. I wasn't scared by any of it, because I was seeing something far scarier than any horror movie...My mother dying.

On November 4th, I spoke to my Mom, even though she wasn't responding. I just told her that I loved her, and I apologized for all my stupid behavior towards her. The following evening, November 5th, 2010, I went to karaoke like I usually do in an attempt at normalcy. Someone asked me how I was doing, and when I tried explaining about my Mom, the person who asked me didn't want to hear it. This while my Mom was literally on her fucking death bed. I finished up "Simply Irresistible" by Robert Palmer, and as I was wrapping up, one of my aunts came in to the restaurant and hit me with the news...My Mom was dead. It took a while for the hospice people to get there and take the corpse, so it was in the house for about half-an-hour or so. Jesus, almost 2 years later and I still can't believe I'm typing those words.

She was cremated, and a memorial service was held a few days later. Practically the entire town showed up, as well as many people from out of town. I saw how much she was loved, and I saw all the lives she touched. It was amazing.

I know that this article wasn't entirely positive, so I'll end it on a positive note. Here's a photo I took when I went to Walt Disney World's Epcot last year. They have obelisks out front with screened images of various guests. This was the original picture of my Mom, and this is the one I want to remember her by, even if it's difficult to at times...A big smile for the world: 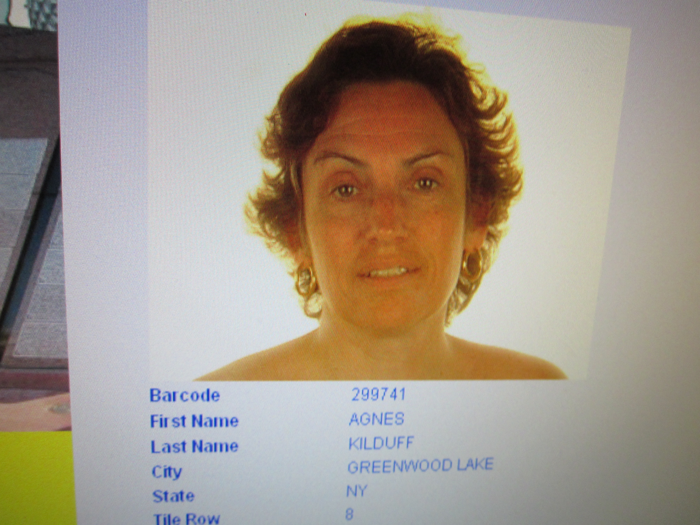 I apologize if my writing is a little rusty. I haven't written an article that wasn't an interview since 2010. This article was a little all over the map, but that's the way it was in her final year. I miss her desperately, and if all goes well, when I die, I'll get to see my Mom again, and she'll hopefully be able to respond to my apology.

Thanks for reading this...It was an act of catharsis for me, and I go back a long way with many of you, so hopefully you can understand what it took to write this.

13
Quote O' Matic
Madeline: "Ernest! My ass! I can see my ass!"
Death Becomes Her 32
chokeslam
And I Quote
A tribute to some of the most quotable retro catch pharases
An unhandled error has occurred. Reload Dismiss