(NOTE: Pullet Surprise will not be reviewed because I have yet to see that short) 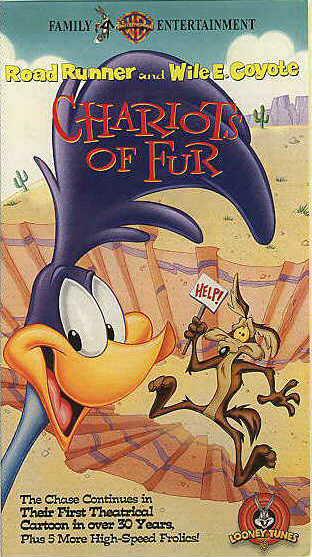 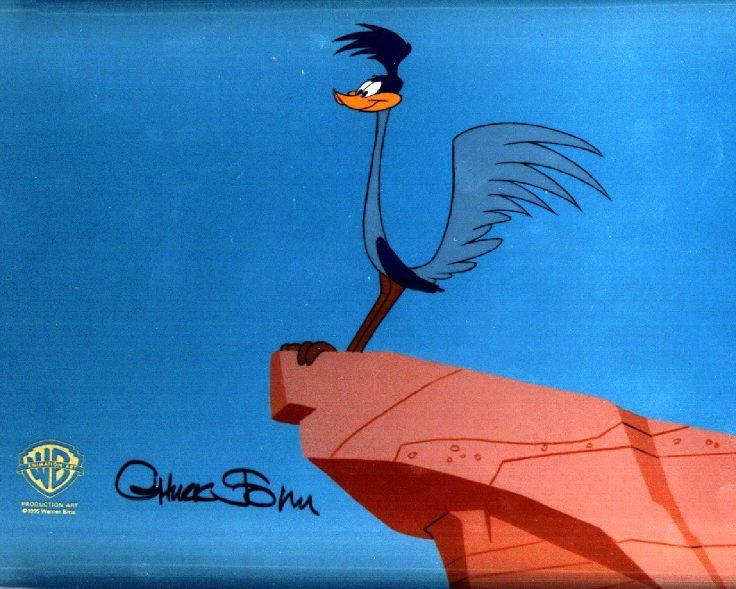 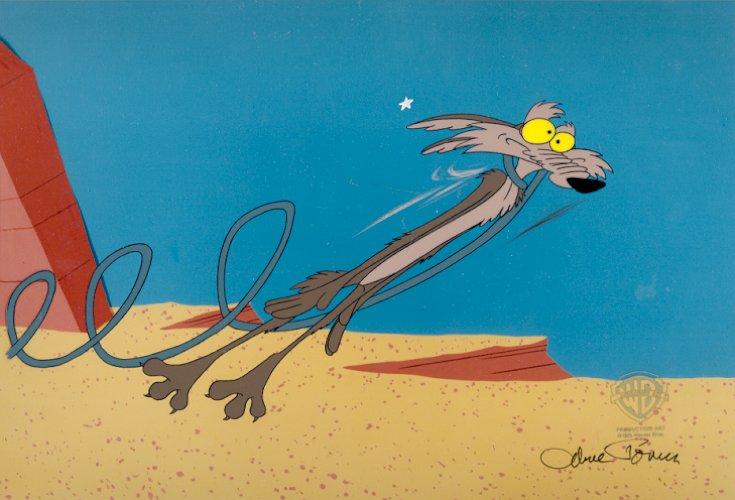 Plot: Pretty much the same as any Road Runner short. A collection of gags set against a desert backdrop

Review: Everytime Warners makes a series of new Looney Tunes shorts, they always include a Road Runner short. And each time, the Road Runner winds up being the best of the bunch. This short is great with the music, gag timing, and animation. It's a shame that this is Chuck Jones' last Road Runner short. But what a great way to end a tenure. Notice on the poster, it says "In their first theatrical cartoon in 30 years". Either they mean it in terms of Chuck Jones Road Runner theatrical shorts or that WB wants to act like the DePatie-Freleng Road Runner shorts were never made. 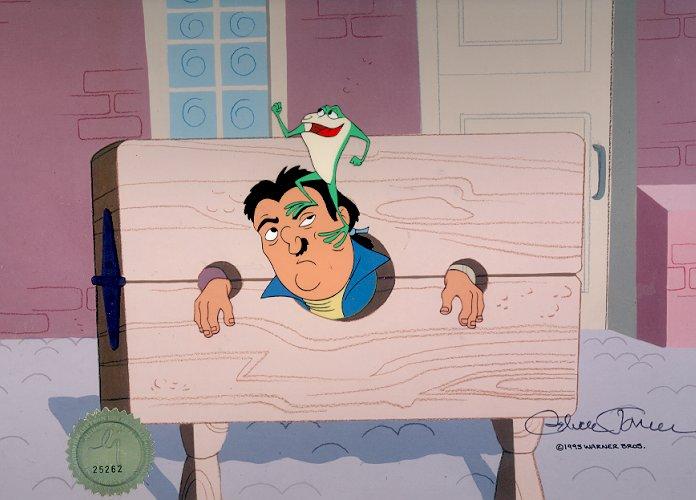 Plot: In this sequel to the 1955 classic, Michigan J. Frog goes through history on torments the same person in different time periods (the person is the frog's victim from the 1955 cartoon). In the end, he is sucked up by Marvin the Martian and turns out is the only person who can understand the frog 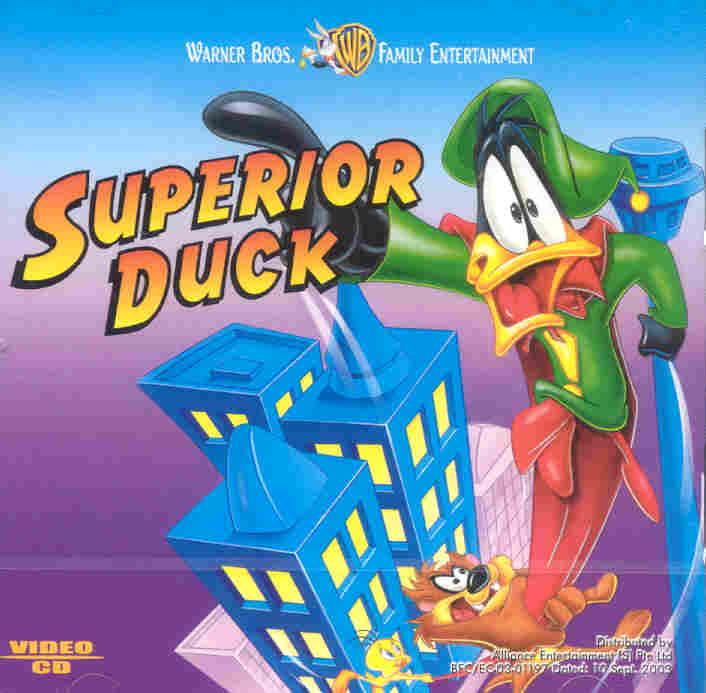 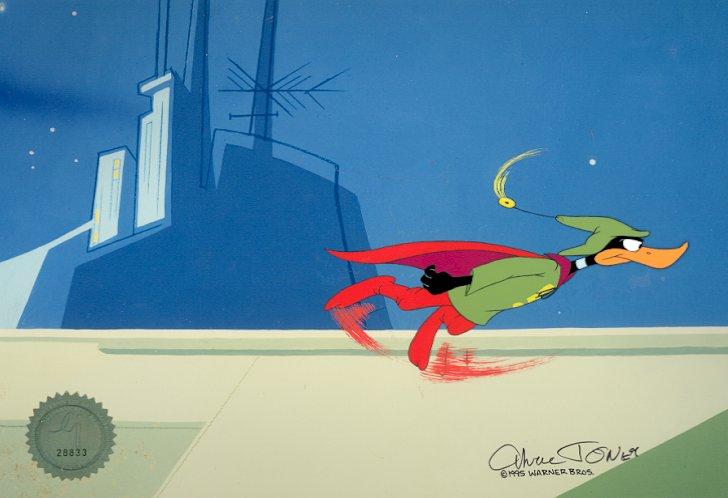 Plot: Daffy is Superior Duck (a parody of an obvious superhero). He tries to show off his incredible super powers, only to get into trouble with Foghorn Leghorn, Taz, and the Man of Steel himself.

Review: Even though this is a decent cartoon, this is the type of cartoon that should of had it's theatrical release cancelled and in it's place should have been "Another Froggy Evening". The main gripe I have with this cartoon are most of the voices. Frank Gorshin is pretty bad as Daffy, but great as Foghorn Leghorn. Thurl Ravenscroft is really funny as the bumbling announcer for Superior Duck. Jim Cummings as Taz sounds like a stoner teenager. It's also a shame that a cartoon of this quality would also happen to be Chuck Jones' penultimate cartoon at Warner Bros. Though it has it's misfires, it's a short worth watching.


From Hare to Eternity (1996)
Theatrical Release: No (Was released later that year in a compilation VHS)
Voices: Greg Burson, Frank Gorshin 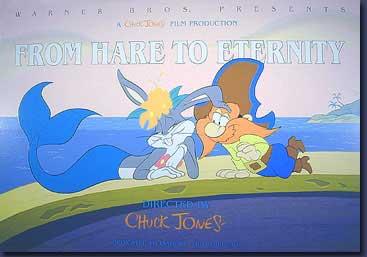 Plot: This short is a musical cartoon, like Rabbit of Seville and What's Opera Doc, only with Yosemite Sam in Elmer Fudd's role. When Sam finds Bugs' treasure, the wabbit starts to heckle his pirate adversary.

Review: Believe it or not, this is a very significant cartoon. This was the very last cartoon Chuck Jones directed for Warner Bros. Ending a tenure which started in 1939. Being that famed director and former collegue of Chuck Jones, Frix Freleng, died a year prior, Jones made this cartoon as a tribute to Freleng. Though this cartoon wasn't an excellent cartoon to end Jones' tenure, it still is a great cartoon. The only gripe I have with this cartoon is with Frank Gorshin's Yosemite Sam voice. Other than that, it's a great cartoon and I recommend it.

Father of the Bird (1997)
Theatrical Release: No (Was shown in an LA film festival for Oscar consideration)
Voices: Joe Alaskey, June Foray 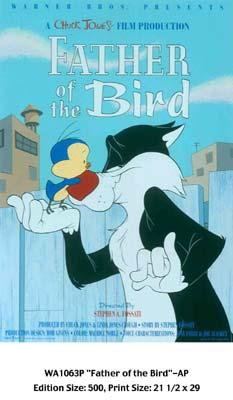 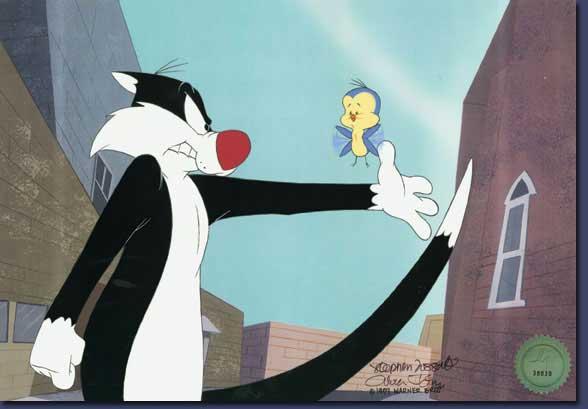 Plot: Sylvester accidently sits on an egg, which eventually hatches. The baby bird thinks that Sylvester is his mother, and he eventually gets used to the bird. The rest of cartoon has gags where Sylvester has to save the baby from itself.

Review: This kind of plot was done before in another Sylvester short in the '50s. Only that short had a baby mouse in the place of the baby bird. That short was superior than this short. That is one of two reasons why I'm down grading this short. The other reason is Sylvester. Though his voice is pretty good, the main problem is that he talks mostly to himself throughout the cartoon. Like Superior Duck, though it has it's flaws, this is an enjoyable short

'Tis ends some interesting short subject reviews. Hopefully I could do some more reviews in the future if this article does well.
11
Login To Vote!
More Articles From MarioSonic94

14
Quote O' Matic
Tommy: "Tommy (to Richard): If I wanted a kiss I would've called your mother. -Tommy"
Tommy Boy