The Boys From Termite Terrace

A tribute to the geniuses at the Warner Bros. cartoon studio
By MarioSonic94
On
Hey RetroJunk. Everyone loves the Looney Tunes, yet rarely in this day and age do the talented guys behind these shorts get any form of recognition. This will be the first of a two part series that pay tribute to the directors of the original Warner Bros. cartoon studio (aka. Termite Terrace). With that out of the way, on to the article 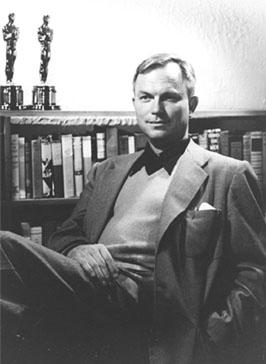 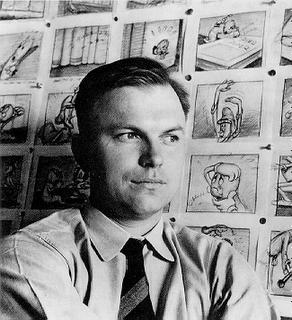 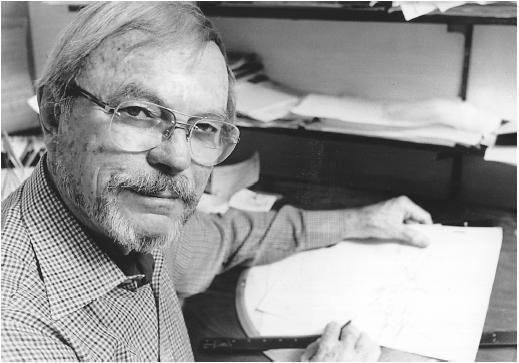 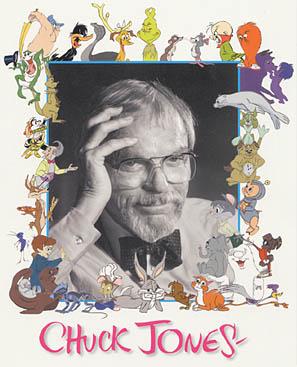 During Warner Bros: When Jones was promoted from animator to director, his cartoons were largely different from the cartoons made by the other directors. Jones' cartoons were beautifully animated, yet slow moving and overflowing with "cuteness". In 1942, he finally saw the light and made "The Dover Boys at Pimento University", not only his first short that "he learned to be funny", but is also one of the first examples of stylized animation. In 1949, he won the studio's second and third Academy Awards, with the shorts "For Scent-imental Reasons" and "So Much for So Little" (the latter won in the Best Documentary (Short Subject) category). Many of the cartoons that he did in the '50s now rank as one of the greatest cartoons of all time (i.e. Duck Amuck, What's Opera Doc?). In the early-'60s, Jones and his first wife Dorothy Webster wrote the screenplay for the animated feature Gay Purr-ee. The movie was produced by the United Productions of America studio and distributed by Warner Bros. When they prepared to release the film, they discovered that Jones had violated his contract and fired him on the spot. The final golden age Looney Tunes to have Chuck Jones credited as a director, was the Road Runner short, "War and Pieces".

After Warner Bros: Jones, along with producer Les Goldman formed Sib Tower 12 Productions and recieved a contract from MGM to produce new Tom and Jerry shorts. Aside from the aformentioned shorts, they also produced two one-shot shorts (The Dot and the Line, The Bear That Wasn't), three tv specials (including the famous Grinch special), and a feature film (The Phantom Tollbooth). 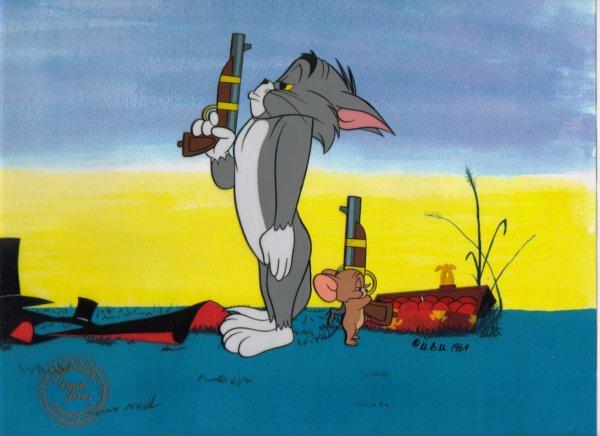 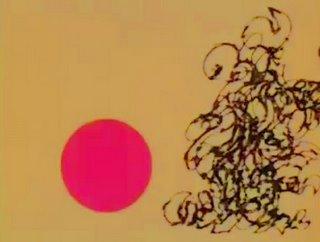 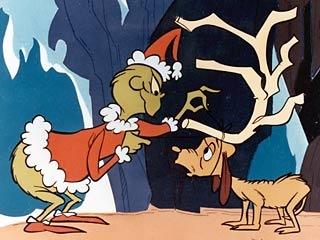 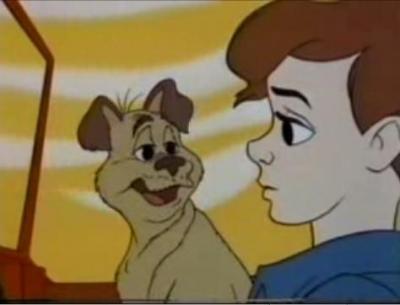 When the studio closed in 1970, he formed "Chuck Jones Productions". At the new studio, he made new cartoons for television, some of them being specials based on books and some being Looney Tunes related material. In the '90s, his studio created six new Looney Tunes shorts, half of them recieving theatrical releases. In the late '90s and early '00s, he and his long time associate Maurice Noble created webtoons with Thomas Timberwolf, the last character that Jones would create. During the later years of his life, he would give lectures and seminars to educate newcoming animators. Many of his principles that he taught can be seen in recent animated films like Cats Don't Dance and Lilo & Stitch. On February 22, 2002, Chuck Jones died of heart failure at the age of 89.

My thoughts: Like many famous modern animators (i.e. Matt Groening and John Lasseter) consider Chuck Jones' cartoons to be the best of all the Looney Tunes. I really couldn't agreee. Even some of his underrated shorts (his Tom and Jerry shorts comes to mind) are excellent. Jones really needs more attention than Walt Disney and he should be more of an influence to current newcoming animators than Seth McFarlene (though I have to admit that I sort of enjoy Family Guy) 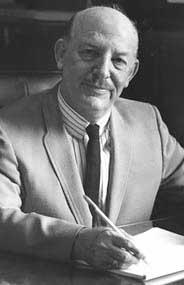 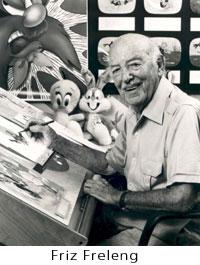 Characters he created: Porky Pig, Sylvester, Yosemite Sam
During Warner Bros: After Hugh Harman and Rudy Ising left Leon Schlesinger's studio over budget disputes in 1933, he was left without any experienced directors. He soon hired Friz to replace director Tom Palmer, after some of his cartoons were rejected by Warner Bros. Freleng fixed up Palmer's cartoons and soon started his directing tenure. In 1935, he created the studio's first true star, Porky Pig. In 1937, Freleng left the studio after accepting a salary increase to direct for the brand new MGM cartoon studio. To his dissapointment, he directed the unsucessful "Captain and the Kids" series. When the series was discontinued, Freleng went back to Termite Terrace and would stay there for 27 years. In 1947, his cartoon "Tweetie Pie", which was the first pairing of Sylvester and Tweety, won the cartoon studio it's very first Academy Award. Freleng would win this Oscar four more times throughout his entire career. As well as pairing Sylvester and Tweety, he also paired Sylvester with Speedy Gonzales (their first pairing also got the studio it's fourth Oscar). His final Warner Bros. cartoon was the Road Runner and Speedy Gonzales short, "The Wild Chase"

After Warner Bros: Friz Freleng and David H. DePatie (the final producer at Termite Terrace) formed DePatie-Freleng Enterprises, an animation studio that created theatrical and television cartoons. The theatrical cartoons they made were Looney Tunes, Pink Panther, The Inspector, and The Ant and the Aardvark shorts. Though many of their television cartoon series rank among animation's worst, their well recieved TV cartoons are the Dr. Suess specials they did in the '70s and early '80s. 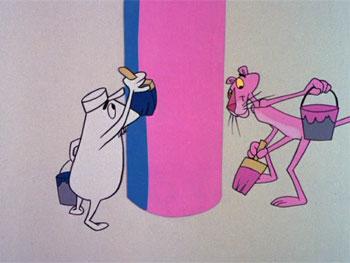 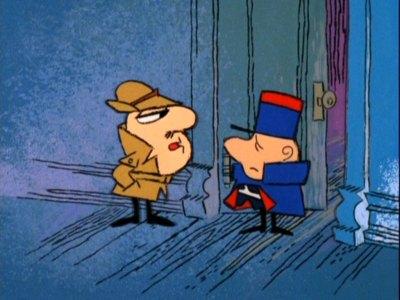 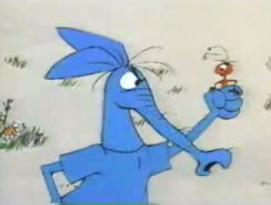 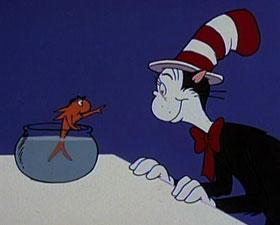 After the studio was sold to Marvel Comics, Freleng became an executive producer for the Looney Tunes compilation films that were being made in throughout the '80s. On May 25, 1995, Friz Freleng died of natural causes at the age of 88

My thoughts: Though I don't think he is as excellent as Chuck Jones, Friz Freleng is memorable is his own unique way and many of his Warner Bros. cartoons rank upon the funniest Looney Tunes shorts. 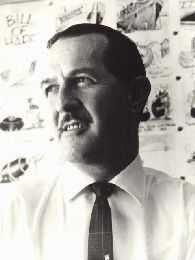 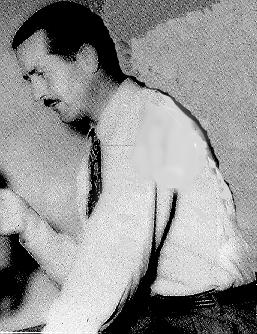 During Warner Bros: Bob McKimson, along with his brothers Charles and Tom, started their career at Warner Bros as animators. McKimson was not offered once, but many times for a director's seat. He refused each time, since he was used to being an animator. He eventually had to take the director's chair. He had a good working period for his first eight years as a director. When the studio reopened after a brief closure in 1953, McKimson lost every member of his old unit. For a brief moment, he animated many of his shorts by himself. McKimson directed two notable "lasts" in the Looney Tunes history. He directed "False Hare", the last Golden Age Bugs Bunny short, and "Injun Trouble", the very last Golden Age Looney Tunes short.

After Warner Bros: After the original studio closed in 1963, Bob McKimson got work at the recently formed DePatie-Freleng Enterprises. Along with directing new Looney Tunes, he directed Pink Panther and Inspector shorts. In 1968, he went back to Termite Terrace and directed the studio's last seven cartoons. He would soon spend the rest of his career at DePatie-Freleng. While at lunch with Friz Freleng and David DePatie, McKimson died after suffering a massive heart attack at the age of 66.

My thoughts: Bob McKimson is possibly an underappreciated figure in the world of animation. I enjoy McKimson soley for the fact that he created my second favorite Looney Tunes character, Speedy Gonzales.

13
Quote O' Matic
Good ol' J.R. on Owen Hart, and at the end of "Raw is Owen" when Stone Cold toas: "All that I can say about Owen Hart, is that I hope that I can be, as good a man as him, so that I can see him again, someday." "One last toast, to our friend, Owen Hart. We'll never forget you, buddy..."
WWE Monday Night RAW