Retro Only...Again
By mikemonmouth
On
In the first article i mentioned the toy lines i was more obsessed with but there were so many i forgot or loved but not quite as much. Here's a few: 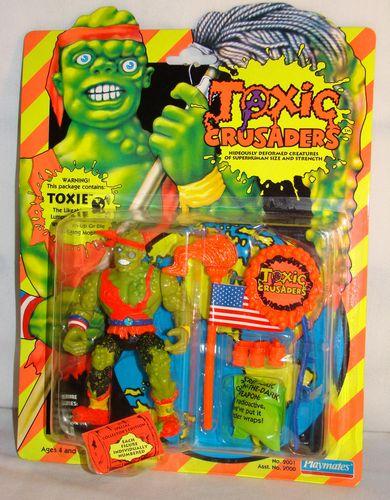 Toxic Crusaders: Based on the cartoon of the same name and obviously that was a spin off of the Toxic Avenger movies, these toys rivaled TMNT in toxic awesomeness. NEW JERSEY'S FIRST SUPERHERO...they gave you all the info in that one line. I was sold right there, Toxie was my hero growing up, I never wanted to wear a tutu but I really wanted to join the Crusaders and fight pollution in Dirty Jersey...see they should have used that instead of always saying Tromaville. Although, Tromaville was also where Class of Nuke Em High took place, Jersey has a bad name from these flicks...ok I'm lying I guess the smell is what gives us the bad name. On a related note, the Devils are like Charlie Sheen right now #winning. 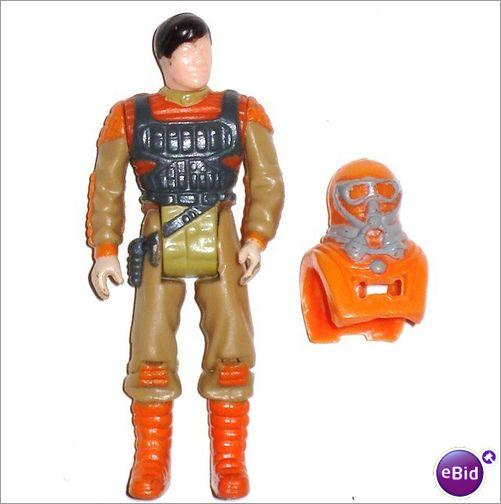 M.A.S.K: Hey, Bruce Sato...here's a toy version for you. Yes, Mask was amazing and reminded me a lot of Dino-Riders. Everyone that remembers these, loved them and goes on and on about Miles Mayhem and how badass he was. I agree. The size of these toys may have been small, but the nostalgic punch is immense. 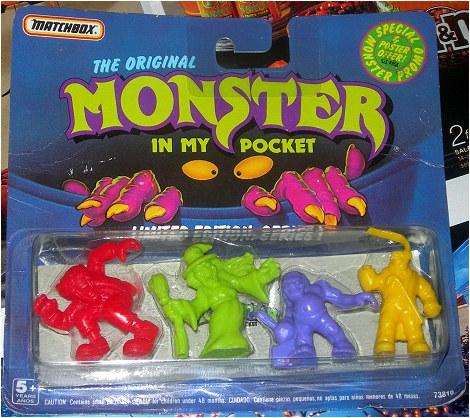 Monster in My Pocket: These were THE coolest toys ever. Not saying, the best, just the coolest. All the monsters you could think of and all the Halloween villains you could imagine were in this line. The colors were so visually enticing, I kept these with me at all times. I remember going to the corner store or the laundromat and having these "in my pocket", popping those bad boys out and was endlessly entertained while my Mother washed clothes and/or picked up stuff to bring home. I wish they made Universal Monsters in My Pocket...like a hybrid from the Real Ghostbusters line and Monsters in My Pocket line. 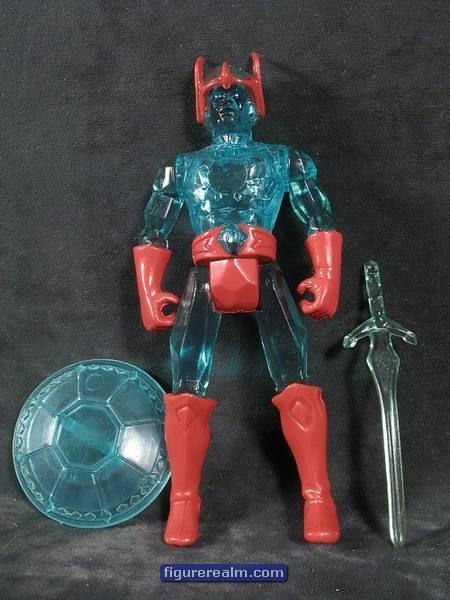 Crystar: I totally forgot about how much i LOVED Crystar figures until I made this article. The one really rad looking bad guy was like green crystal with purple...I believe FedEx either ripped off the Constructicons or the villain from Crystar. Aside from halograms, a toy made of what looked like crystals was the bees knees...his legs and his arms...Why have they not re-issued these? I want new versions of the old Crystar figures really badly now. 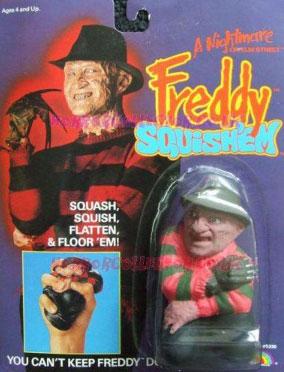 Freddy Squish Ems: Yeah, they had a few different Freddy toys but how cool were the Squish Ems? Freddy was already burnt up and ugly, now you could squish him down to make him even uglier. I was Freddy a couple years for Hallowen, I had the sweater and the claw and felt really cool. However, Freddy was a child molester...why did he have toys for children, Halloween costumes and a Nintendo game? Crazy...but later on I realized why, because it was Metal, these were toys for the children of Metal. 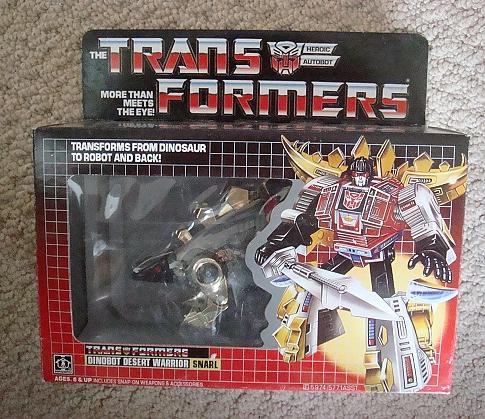 Transformers: Yeah, I left them out in the first article because Go-Bots took their spot...but not because they were better. Transformers were far superior but also far more expensive. I had a few like Soundwave, Grimlock and a few others. I'll tell you what would have made me play with Transformers ALL THE TIME: Those Glowing Purple Energon Cubes...Glorious. Yeah, also they were a pain to "transform" from robot to vehicle. I was so frustrated playing with these things but that didn't stop me from wanting more. 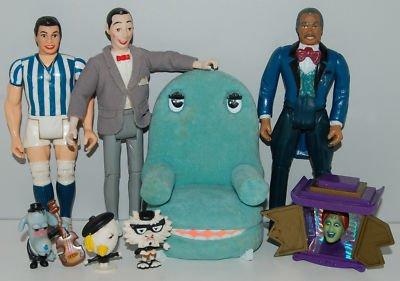 PeeWee's Playhouse: I can't say enough about PeeWee's Playhouse toys. I mean, the doll of PeeWee was so great and seeing the "playhouse" come to life with these figures was surreal. The jazz band, Chairy, Cowboy Curtis, the Globe, so many cool supporting characters got the toy treatment and well deserved. There's a record shop near me that still sells these...yes, they do. They also have an Uncle Jesse doll from Full House for some reason. PeeWee's Playhouse wasn't really all clean fun, but it was definitely fun. 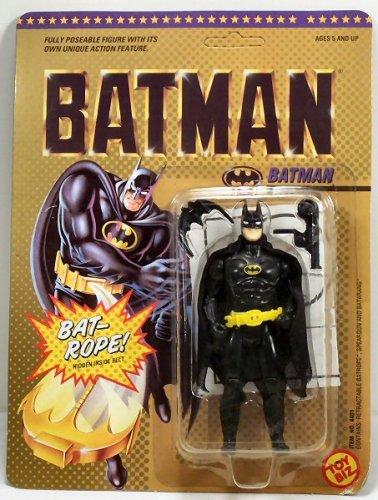 Batman: These Batman figures were the ones I remember thinking were the coolest. The Dark Knight had so many cool weapons in this line. I do have one complaint about Batman figures, no matter which line, except when D.C. put out their entire universe, only really had Bats and a million and one versions of him. Jungle Tech Bats, Neon Combat Bats, whatever...you get the point. Whether it was based on the comics or the movies you had a ton of variety of Batman, much like G.I. Joe did with SnakeEyes. 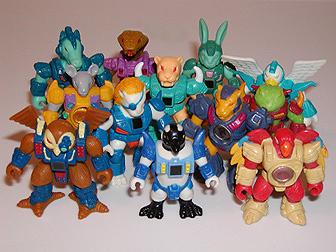 Battle Beasts: Wow, Japan strikes again. Battle Beasts were addicting, you never had enough, there were a million different 'Beasts. Were these even Japanese? I don't know if that's true, but I'm sure they were. Halograms on the chest? Thank you, I'll take more of that. I'm trying to think of more 2 line comments to make on these but I think I'm out...yeah, I'm out of them. I don't remember ever seeing a cartoon or anything that tied in with the toys, but I still love these things. 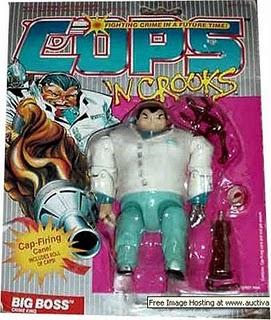 C.O.P.S: Now this line was based on the cartoon and had a wide variety of characters to choose from buying at your local toy store. I watched an episode lately on YouTube and it the show is hard to watch, not what I remember at all. However, the toys were great. The rogues gallery was countless, always had someone new to get and they were all really diverse. The theme song from Where in the World is Carmen Sandiego was totally ripped off when COPS decided to steal the "Missy Misdemeanour" name for a villain. 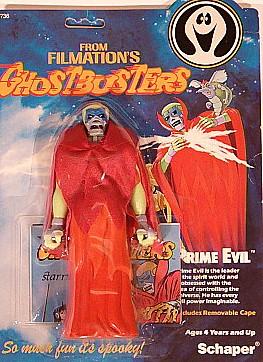 Original Ghostbusters: These were the first or "original" Ghostbusters, before there was ever a "gate keeper" or a "Slimer". They had a big ass guerilla rolling around with them, and was like a cross between the Ghostbusters we all know and love and Scooby Doo. However, the villain from this cartoon was thugged out. He was no joke and ready to throw down at any given time. Filmation's Original Ghostbusters was a great cartoon too and the toys were great as well, anyone who never knew about this cartoon/toy line should run out and check 'em out. 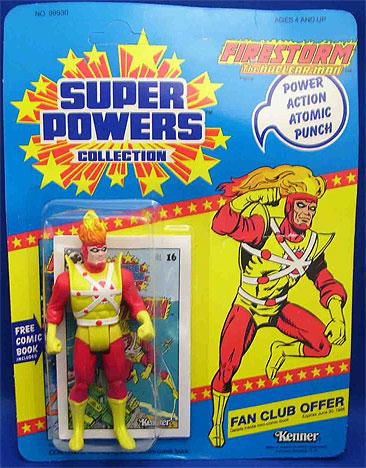 D.C. Super powers: This line was deep and had some great characters from the comics. Firestorm, Batman, Green Lantern, Aquaman, Martian Man Hunter and a TON of villains were available in this line. The toys were so cool looking too, I remember having Firestorm and Green Lantern's figures specifically and fighting them against some of my favorite Marvel heroes. This line sparked my interest in D.C. comics, but I stayed loyal to Marvel in the end. Batman's rogues gallery was all full display here, they made most of his main villains and they all looked terrific. 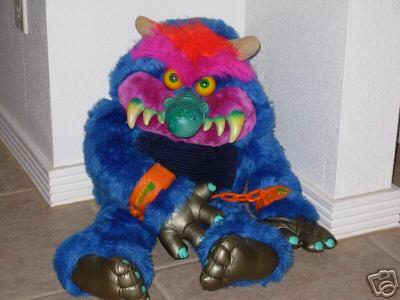 My Pet Monster: Technically not a toy line but never the less amazing, My Pet Monster was such a great toy. There was a live-action movie based on it and later even a cartoon series. I still have mine...well not really, my niece has it. She's 5 and its totally hers now, but I still get to see it all the time and besides what would I be doing with it? I love when she enjoys something from my childhood and I know she'll grow up having that same retro feeling. I tried to play the live-action VHS tape I have had since it came out but she wasn't having it...haha I know its no iCarly but come on. 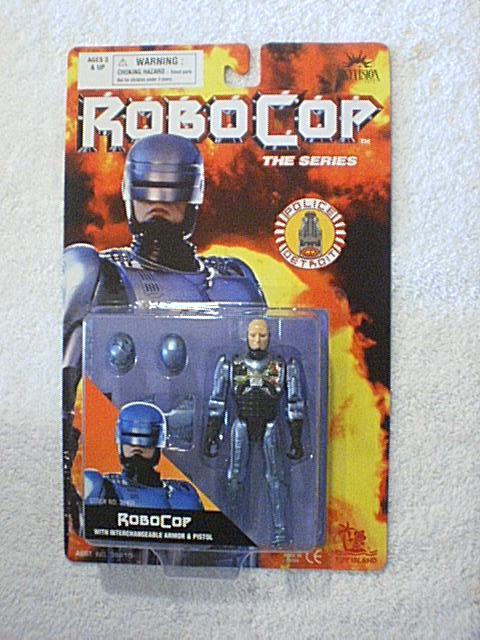 RoboCop: The Jamesway about a half hour south of me had a huge variety of RoboCop toys. The movie was really not for kids, although my father took me to see it when it came out...skeeved the shit out of me. But, then of course it also made me want to be a criminal. I was like, being a good guy is lame and gets you killed for being weak...haha the bad guy thing seemed to pay off, you stay all human and get rich. Robocop was more with the machines than that guy from Avatar in Terminator Salvation. 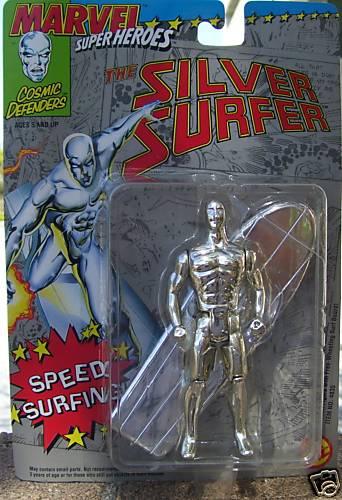 Marvel Heroes: The Marvel U. had plenty of great characters and virtually every great character had a figure. These figures were actually really fun to play with and the wide variety of super heroes and villains made this line so much better. The Secret Wars line might have been more exclusive but this line was much better overall. I wish I still had all my old Marvel Heroes figures, there was a guy selling them at a local flea market couple summers ago and I passed up getting a bunch of them like an idiot...ehhhh. 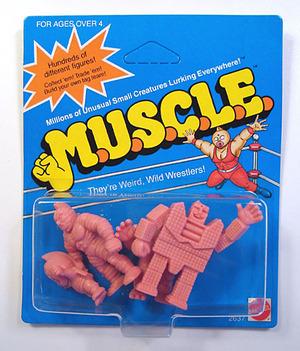 MUSCLE: Everyone remembers these and everyone loved these. They were the wrestling version of Monsters in My Pocket, not very poseable...at all but amazing regardless. The packaging was great as well, really sold them to you without a cartoon or comic series that I remember, just sweet looking toys that were easy to carry around and play with. Not sure what ever happened to my collection but there isn't even one left...that was only drawback to these, easy to lose. 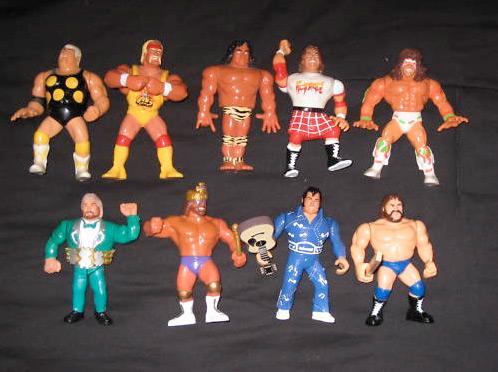 WWF Hasbro: To hell with the World Wildlife Federation, the real WWF was the Federation that had the Ultimate Warrior, Mr. Perfect, Macho Man, Ax, Smash, Rowdy Roddy Piper, Ted Dibiase, Superfly Jimmy Snuka and countless other wrestling greats. These figures were not as nostalgic or great as their LJN fathers but they were better looking and more articulated. They had cool little trademark moves, like the Warrior's body press or Macho's elbow, but the best part of this line was getting toys of guys that didn't have figures in the LJN line, like most the guys that were wrestling at the time. Shawn Michaels could superkick Marty Janetty all day and there's nothing his goofy ass could do about it.

Sword of Omens, give me sight beyond sight! The Eye of Thundera illuminated Red and this sword gave me joygasms as a kid. I know this has NOTHING to do with toy lines, and I already mentioned the 'Cats in the first Toy Lines article but this picture makes my retro sense tingle.
43
Login To Vote!
More Articles From mikemonmouth