CC: The Devil and Daniel Mouse

The Devil and Daniel Mouse review
By Nails105
On
Well, let's face it. Crap nowadays isn't getting any better, and we wacks from the past can only turn back to the past to entertain us. But, when we look back at our childhood, we think to ourselves....was it worth it? Well, that's what were gonna find out with the article I like to call....well, you know. 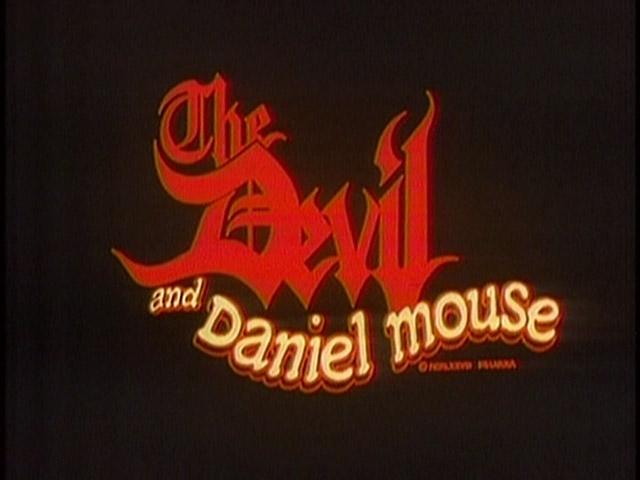 "Rock and Rule" is a true classic. No doubt about it. But after I watched it, I asked myself , "how the hell did this idea come about?"


Turns out Wikipedia had the answer.

"The Devil and Daniel Mouse" was the inspiration for the movie, and when I saw the 25 minute special on YouTube, I watched it immediately to see if the special was worth inspiring "Rock and Rule". The results? Well, we'll get to that.

The special was also based on the story "The Devil and Daniel Webster", except this version, like "R&R", features animals as the main players, but they're actual animals, not humanoids. 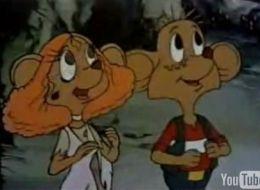 The obvious main reason why this was the inspiration for "R&R" was the musicians bit. In "R&R", nearly everyone was a musician. Same with the special. Only problem is that the music is entirely forgettable and way too 70's. But don't worry, the cheesy "music will save your life" bit is still in the special.


Hmmph. Music will save your life. What a load of crap. 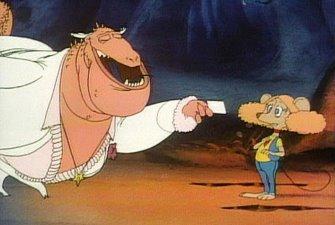 WHAT'S IT ABOUT?
The story is about two struggling mice musicians named Daniel (Henshaw) and Jan (Kershaw), who are fired from their latest gig. Jan wants to be famous and believes that the act between her and Daniel won't get her anywhere. When Jan encounters with a shifty record producer named B.L. Zebubb (Wiggins), Jan gets her wish, but ultimately makes a mistake when she realizes that she made a deal with the devil himself, and when Jan reaches the height of her popualrity, she must sell her soul to him. Now it's up to Daniel to save Jan, via court.

The animation is pretty cool for 70's standards. From the gothic and scary look at the beginning to the bright and vibrant surroundings when Jan does become a star.
The best characters are Jan, who's sweet and sultry (and I clearly think that the voice who did her should've moved on to more material), and B.L. Zebubb (or the devil), who's not as scary and compelling as Mok, but at least he tries.

The songs are immensly forgettable, the sense of humor is hit-and-miss, and it feels too short. Not to mention that it might scare younger children, despite that the special is targeted toward them. It's been said that "R&R" was also intended to be targeted towards children, as well. Could possibly imagine that? 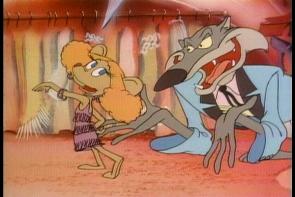 It's not bad, and it's certainly welcome to anyone curious in watching "Rock and Rule". The animation is top-notch, the voice acting is good, but the forgettable songs, lack of humor and short running time results in making this special not compelling enough as the movie it inspired. Perhaps if it were lengthed to at least an hour, it might've worked.


If you have any suggestions for any movie/TV show for me to look at, please reply at the bottom of the page or on my account. No negative comments, please.