A look at an underrated animated cult favorite.
By Nails105
On
Greetings, friends of Retro Junk! This is Nails105, hoping everyone had an awesome Christmas. Did you get some good presents? I'd love to say what I got, but I think it would take up too much room on my article.

I'm sure I forgot to wish a merry Christmas to all who read my articles, but I can at least wish you all a happy new year. I hope we'll all love 2010 as much as we did with 2009.


Well, enough of that. Let's jump into some retro shit! 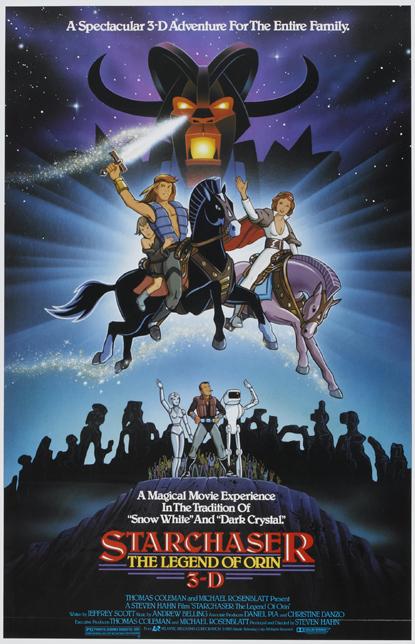 Here's a riddle for you.

What do you get when you cross Star Wars, Ralph Bakshi's Fire & Ice, and pretty much every underrated animated film of the 80's?

You get a very bad Christmas special. Oh, and you get this film.


In terms of story and characters, Starchaser is just another futuristic space-opera wannabe that's just summed up in two words:

What's strange about the film is how it promotes itself. If you just look at the picture below, hopefully you'll see what I mean. 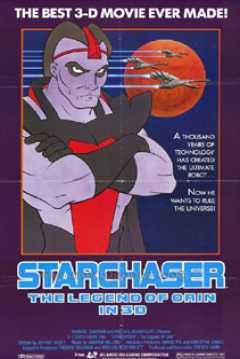 How cocky do you have to be to call your movie "The BEST 3-D Movie Ever Made"? That's pretty sad, seeing how the film met the obscurity that most adult-animated films have when they were first released. I mean, what other film out there calls itself the best movie ever made and actually does well in theaters? 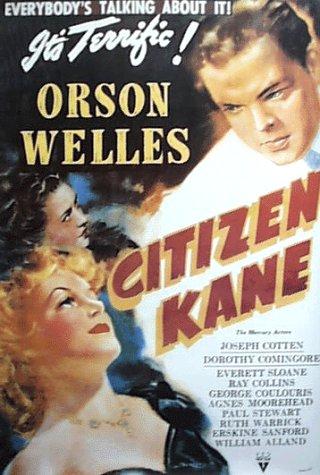 That doesn't count!!! Oh, well. Let's continue.
WHAT'S IT ABOUT?

A young man named Orin discovers a hilt of a magical sword that can help him free his people overthrow the rule of the dark overlord Zygon. Orin teams up with a wise-ass smuggler named Dagg, a sexy fem-bot, Dagg's ship's computer, and a beautiful princess to help save the universe.

The villian Zygon about to fall to his fate. I feel like I've seen that in a movie once...or twice.

The designs of the characters are too generic. Why did animated cartoons from the 80's always try to look like something that's rotoscoped? Think about it; Fire And Ice, The Lord Of The Rings, American Pop or just about anything created by Filmation are just examples of films/TV shows that try to pull off the Marvel/DC Comics look.

Last, I felt that the hot chick in the picture above should've lived. Yeah, she dies in the beginning. Sorry for spoiling.

While the design of the characters are bland, the animation is fun to look at. The computer animation actually looks decent, seeing how far we've gotten in terms of computer animation. The backgrounds range from lava-red and blood chilling to gargantuan and futuristic. It's fun to watch.

Could you just STOP staring at my metal tits and just look where you're driving?

There are also two characters who make the film watchable (and for once, the villian isn't one of them). There's Arthur, the computer of Dagg's ship, and a sexy and sassy fembot. Arthur has that impatient yet likable personality that's never mean-spirited. The fembot...hell, any robot that has a sexy girl design is always one of the best characters in the film.

"Damn it, I spilled my Big Gulp!

"All right, Orin. Give me the pictures from last year's New Year's Eve party or she gets it."

Compared to films like Rock & Rule or Fire & Ice, or even Star Wars for that matter, this film is left in the dust. I don't hate it, but I didn't love it, either. It's the look and two certain characters that help make this mildly recommended.

However, that's not saying that this film is not without it's curiosity value. That's what got me to watch, too, so I guess that's worth a point. StarChaser is certainly at least worth a look.