I've mentioned the presents, now get ready for the coal!
By MrCleveland
On
WARNING: THE FOLLOWING CONTENT YOU'RE ABOUT TO SEE MAY CAUSE BAD MEMORIES...AND DISAGREEMENT!!! YOU'VE BEEN WARNED!

Okay, so your Christmas didn't turn-out well. You didn't go to church or see your loved-ones, you got gifts that you thought sucked, and you probably watched some Christmas Duds on TV. Even watching a minute or two was TOO much, and now...My Top-16 List of Bad Christmas Movies and Specials! 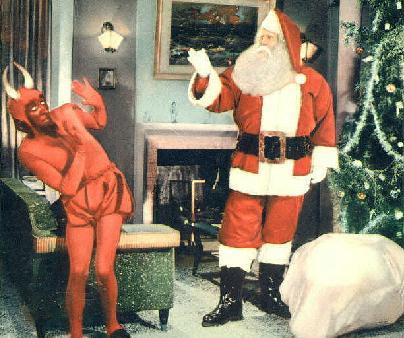 This is a movie about a thoughtful documentary of the Crimean War...NO, It's a Stupid Mexican Kids Movie!

MST3K...FTW! If it wasn't for Mike Nelson and his robots riffing this film...it'd probably be on my #1 spot. Santa lives in Heavens, has kids work for him instead of elves, The Devil tries to mess Santa's plans, and it's just NOT how The Santa Claus Story goes! 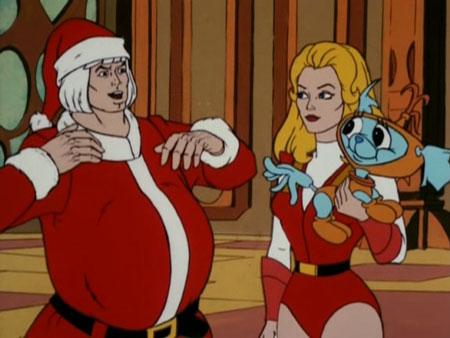 Now it's NOT as bad as many have said, but it doesn't follow much about Christmas. Orko goes into a spaceship that He-Man and Man-at-Arms made to spy on Skeletor and crashes to Earth where he sees two lost children named Miguel and Alisha getting a Christmas Tree. Obviously Skeletor HAD to meddle with The Evil Horde and capture the Children, but He-Man and She-Ra come to the rescue!

#14...Rudolph and Frosty's Christmas in July 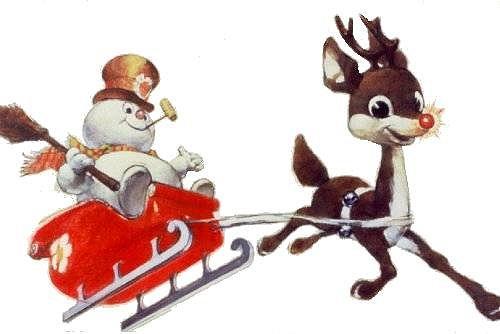 Winterbolt puts Rudolph under a curse so that his nose wouldn't glow and has Frosty enjoy Independence Day (There...the movie crashes)! Rudolph HAS to lie to protect Frosty and once Rudolph tells Frosty and Laine Loraine the truth...Winterbolt takes Frosty's hat making him just a simple snowman, but Rudolph gets his red-nose glow back and Frosty comes back to life...again! 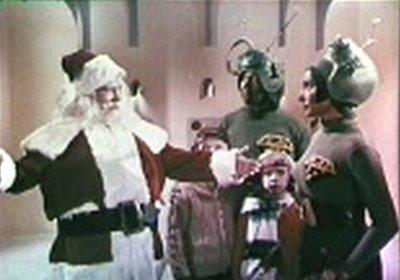 This film too, was riffed by MST3K and it would rank higher if not for them! The plot is basically Martians see their children as dull and lifeless as they watch television. The martians decide that their children need some fun, so they capture the REAL Santa Claus and two children. It just gets worse with all the toys flying all over the place...and the Martian Dropo! 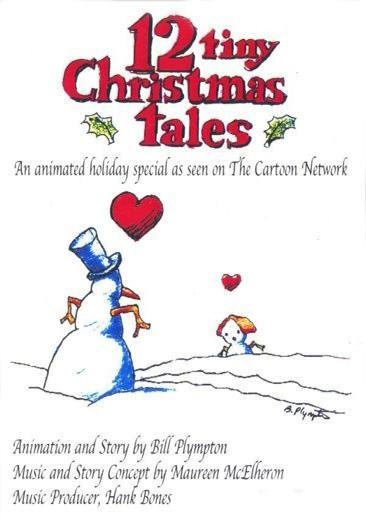 Obviously...I put this at #12, but compared to other Christmas Specials, this one is just dull. Cecil the Snowman? Eating the 6 of the 12 Days of Christmas? Loud Neckties that are wreaths? Eugene who not only loves Christmas, but has a giant mouth? Grandma turning into Santa Claus? What kind of drugs were they using to make this special?! 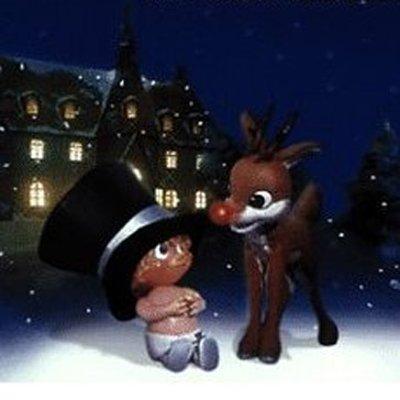 Okay, it isn't really a Christmas Special...it's for New Years Day (Though it's played on Christmas). Happy the Baby runs...or crawls...away because he has huge ears that he hides under his hat. Father Time gets Rudolph to find Happy the Baby, otherwise the year will just continue. And on the way we see a caveman, a knight in rusty armor, and Benjamin Franklin! Now you know why we don't have New Years Specials. 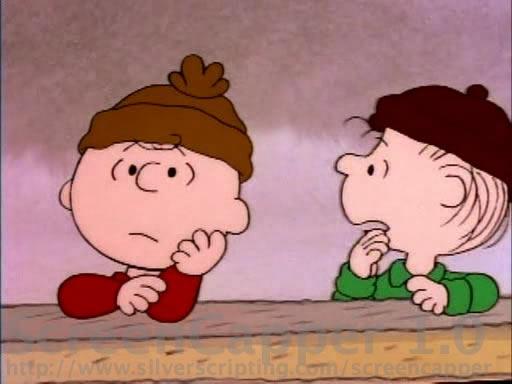 #9...Christmas with the Kranks 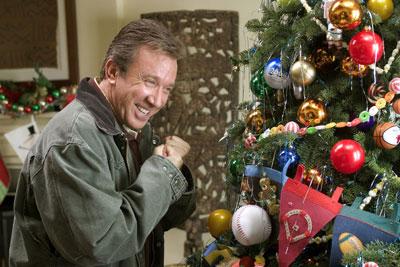 Luther Krank (Tim Allen) and Nora Krank (Jamie Lee Curtis, who stars in all those Crap-Yogurt Commercials) see their daughter Blair going to Peru for Peace Corps. Since the Kranks daughter won't be home...they decide to skip Christmas and go on a cruise since it's $6000 either way. But when the neighborhood sees that they're avoiding Christmas...they become annoying...like the film! 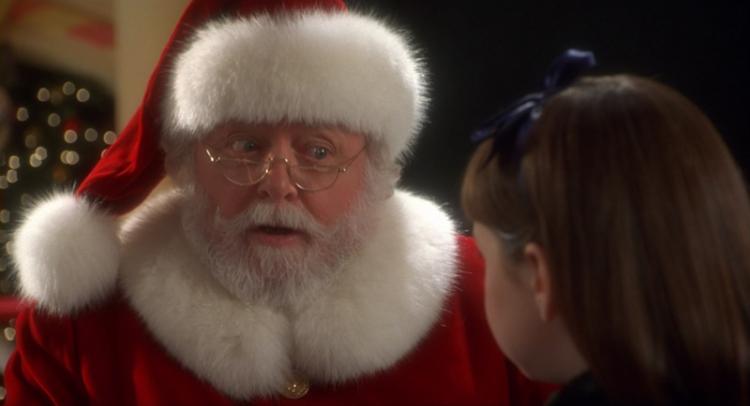 This is a John Hughes Production and it seems to be a good idea once, having Santa fall-down, reindeer in the courtroom, and Susan Walker waiting for her future brother. But it just falls flat, not even Macy's wanted to part of the remake!
#7...Jingle All The Way 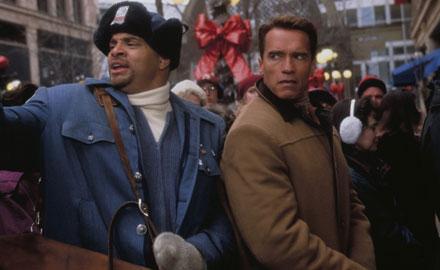 Arnold Schwarzenegger plays Howard Langston, a father who works a lot and wishes to make his son happy so he tries to buy the hottest toy of the year...Turbo-Man! Ted Maltin (Phil Hartman) and the Mailman Myron Larabee (Sinbad) try to 1-up Langston...but Langston DOES become Turbo-Man

I wonder how many people asta-la-vistaed out the theater? 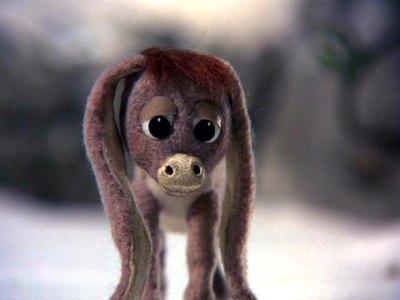 Basically, the plot is about Nestor who is born with long-ears and it's set during The time of Jesus' birth. It seems the plot is similar to a book called "The Small One" where there's a donkey who helps Mary and Joseph head to Bethlehem. The story is rather boring, much like "Little Drummer Boy: Book II". Rankin-Bass had some good specials...but some bad ones too!

#5...It Happened One Christmas 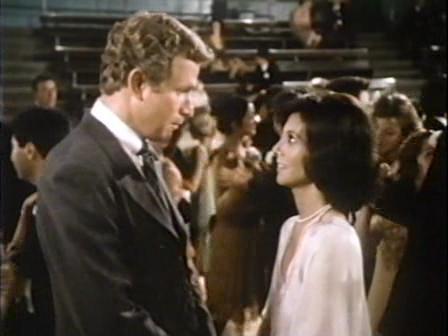 Here's another film I couldn't watch, though I tried to..."It Happened One Christmas" which is a TV Watered-Down Remake of "It's a Wonderful Life" starring Marlo Thomas of "That Girl" fame, Wayne Rodgers, and Orson Welles of "Citizen Kane" fame. Even Frank Capra denounced this film because it looked like plagiarism! 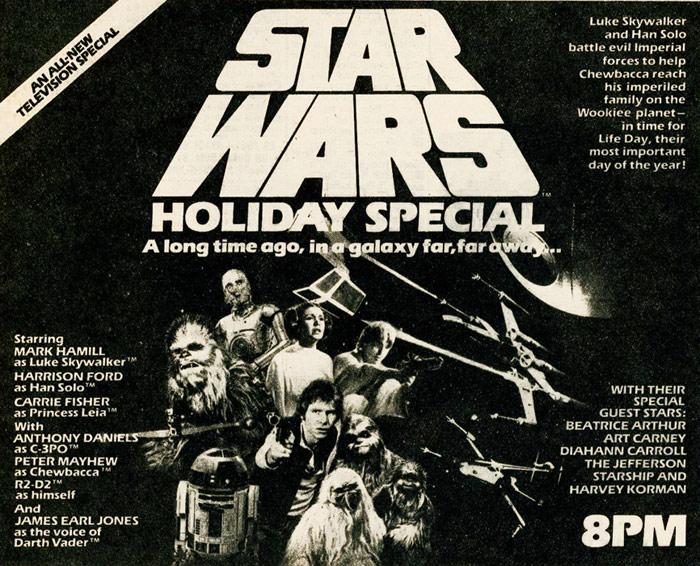 This List CAN'T be complete without "Star Wars Holiday Special"! Chewbacca wants to see his family for Light Day and Darth Vader has to meddle...again! Bea Arthur has a musical montage when she closes the bar, Harvey Korman is dressed as a woman, Jefferson Starship has a cameo that's as hokey as "We Built This City", and it's so bad...George Lucas has the original in his basement just to let it rot!

Mr. Lucas, if you're seeing this list right now...please remaster the film with your CGI Crap. It might be better than...Jar-Jar Binks.

#3...Mickey's Magical Christmas: Snowed-in at The House of Mouse 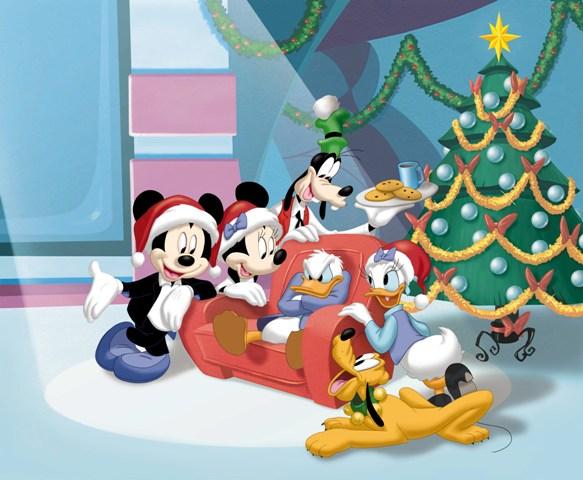 Though this DVD has "Pluto's Christmas Tree" and "Mickey's Christmas Carol"...it also has a thin plot. Mickey and his friends are...just look at the title! Donald Duck doesn't have that Christmas Spirit (well, if I watched the crappy version of "The Nutcracker" where Donald's the Duck-Mouse King...I'd be grumpy too. But it gave me the idea of having a character for my TV Show called "Bertstown" and there's a character called The Duck-Mouse King where he looks like Donald in that Nutcracker cartoon, sounds like HIM from "The Powerpuff Girls", and has a twisted mind like Sideshow Bob from "The Simpsons" and Dr. Frankenfurter from "Rocky Horror").

And this is a film where Michael Eisner Sold-Out Disney for Direct-to DVD's! 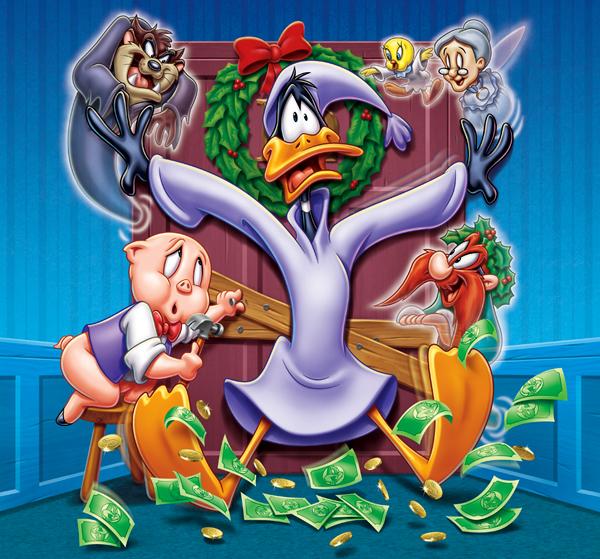 Bah Humbug is more like it! How do you wash-out a bad taste of your classic cartoon elite? Watch something else with the cartoon characters you loved and cherished!

Porky Pig has the role of Bob Crachit and Bugs Bunny...his role is dumbed-down. This was when Warner Bros. Tried to have Daffy Duck outshine Bugs Bunny...like what Disney did to Donald Duck in the 40's...but it doesn't work! If I want to watch a Modern-Day Scrooge, give Me "Scrooged" by Bill Murray! 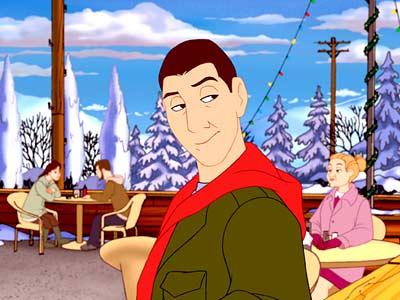 Okay...It's MORE of a Hanukkah Movie than a Christmas Movie, but it's played during Christmas! It's about Davey Stone (Voiced by Adam Sandler) who is the village idiot (More like the village jerk) gets in trouble and lives with a volunteer referee of the town's basketball team who's named Whitey Duvall that lives with his fraternal diabetic twin sister Eleanor (Both voiced by Adam Sandler).

The Movie is just a ploy to get Adam Sandler a lot of money and play the annoying obnoxious jerk he ALWAYS plays in every film since "Billy Madison"! Now, I like "Billy Madison" and "Happy Gilmore", but after that...Sandler HAS to be the same angry and annoying character in EVERY Film he's in!

I'll just make a film where Santa Claus gets captured by Martians, have a Gay Muscle-Man fight against a Duck-Mouse King while Satan puts a spell on Frosty and Rudolph, have an angry village jerk find a New Year Baby and take it back to its Elf Parents so they can ride on their donkey, and get a Superhero Man to another planet so he can celebrate his friends for a Holiday with men in drag honking their horns and playing with hockey sticks. And a Modern-Day Ebeneezer who's skipping Christmas alltogether with his wife eating poop-yogurt meet someone who may help Grandma and a big-mouthed boy before he wishes he didn't exist! And there'll be Andy Williams in it with creepy sing bears singing "Happy Holidays"!...

Now I know I'm missing some good gems like "Scrooged" and "Christmas in Connecticut" and some crappy specials like "Christmas at Pac-Land" or those Smurfs Christmas Specials (I liked "Tis the Season to be Smurfy" and "Christmas in Pac-Land" was okay), or "The Town Santa Forgot" and "Flinstone Family Christmas" (I saw them once...I hope not to see them again), or even "Grandma Got Ran-Over by a Reindeer" and "How the Grinch Stole Christmas"...but I didn't see the latter two or vaguely saw them...so I can't judge them...right now!

But I wish you and myself...who lost a loved one on Christmas (which makes it suck big-time)...a better New Year!
3
Login To Vote!
More Articles From MrCleveland