the third but not final instalment of the series this episode return of the Jedi!
By BATTLESTAR100
On

30 years of star wars part 3 this episode return of the jedi! 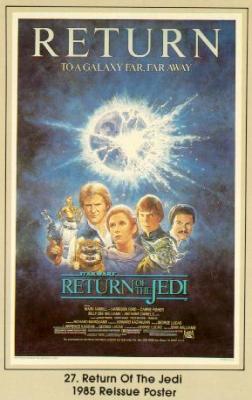 wait a second... "revenge of the jedi"
yes revenge of the jedi was the original title of George Lucas' epic space saga also was "blue harvest horror beyond imagination!" also it was in George Lucas draft of the script in 1981 that Luke actually turns to the dark side! find out about all this and more in what promises to be the best instalment so far...

Waiting... for three long years had fans and casual viewers waited to find out the fate of the universe as spelled out in star wars, will Luke become a jedi, will Darth Vader die?, will Han ever be rescued,will the rebellion win? who will Leia choose Luke or Han? all these nail biting questions had been pondered by adults teen agers kids on the playground playing lightsabers with sticks and little kids playing with their mail away Akbar figure (that could be acquired by sending in 10 proofs of purchase from star wars action figures!) the first sneak peak into the new movie! anxiety to see the movie was at a fever pitch in april of 1983 for only a month away would all the questions be answered...9 years ago the first star wars was released and took the world by storm and on may 25 1983 return of the jedi finally came out for fans the final chapter in the starw ars saga was bitter sweet, because it marked the end of the saga, or so they thought ( but we will get into that later). the movie opened with rave reviews and broke box office records!

now thought to be the weakest of the original trilogy partly because of those fury teddy bear things the ewoks whom a lot of people hate (though i adore, but the odds of them defeating the imperials is very small) now gather round the campfire kids lets tell you the story about blue harvest! 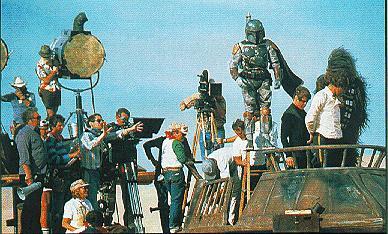 it was named this so producers could cut costs because if any movie prop studios saw that it was Lucas coming to buy they would double the prices on props and such!
the strategy worked for a while until fans discovered that blue harvest wasn't blue harvest at all when they saw Luke Han and Leia show up on set.

Jedi originally had a more dark title "revenge" instead of "return" but it also had a darker script, since Lucas had intended for his space saga to be in 12 parts, the ending was on a down, the millenium falcon blew up, Han and Leia were captured and r2d2 was destroyed! Meanwhile Luke is unconscious due to the emperors sith lightning and the ghosts of obi one and Yoda do battle with vader and the emperor! concluding in Luke turning to the dark side and in subsequent episodes Leia becoming a jedi and defeating Luke! 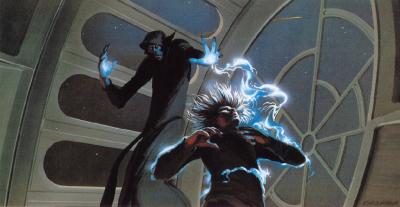 But later just a few months before it opened it changed its title form revenge to return, in the viewpoint that a jedi should not seek revenge.
Lawrence Kazan returned to help write the script
were han solo is saved from Luke skywalker from the clutches of the evil gangster Jabba The Hutt (whose disgusting voice was achieved by Ben Burt squishing his hand into a bowl of macaroini. this movie was the appearance of leia's famous slave Leia costume(sorry no picture) when she was supposed to choke jabba the hut in her "garb" she accidentally stepped on on of the midgets inside jabba who was controlling the tail.
in the rest of the movie the rebels have to disable the second death stars force field on the planet endor were they get some help from the sometimes despised ewoks! 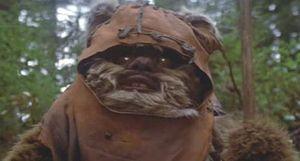 it ends with Darth Vader redeeming himself and saving Luke from the emperor, the rebels with the triumphant battle and they all celebrate on endor!

being the last star wars the marketing was as high as ever spawning toys tooth past coloring books and special promotional deals from my favorite hamburger place... burger king! 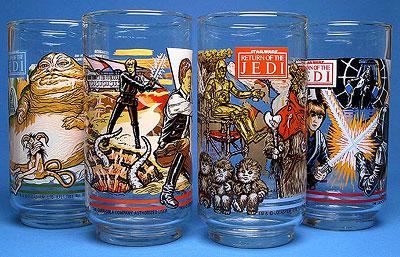 the plot was kept completely secret but to make matters worse the marvel comics adaption was mistakenly shipped out 3 weeks early! but even though the plot was revealed the movie still took in impressive numbers! 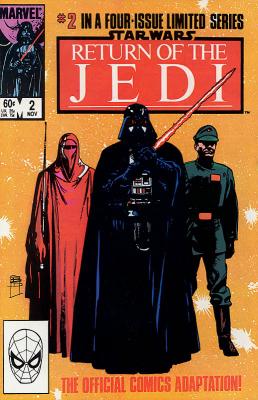 to say the least star wars has inspired a generation of children to go out reach for the stars and use the force! 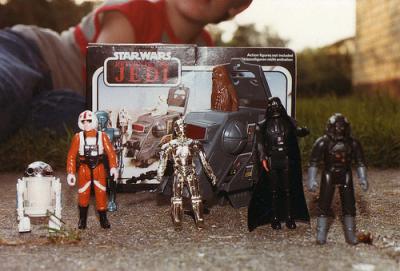 thanks for taking the time to read my articles
may the force be with you and happy holidays!
-5
Login To Vote!
More Articles From BATTLESTAR100

9
Quote O' Matic
Yakko Warner: "We paint Ceilings Ceilings and only Ceilings! We don't paint floors cause they're beneath us. -Yakko Warner"
Added By: System
Animaniacs
An unhandled error has occurred. Reload Dismiss