in this instalment the sequel to the original star wars THE EMPIRE STRIKES BACK!
By BATTLESTAR100
On

The second instalment in my 30th anniversary of star wars article! Part 2 the EMIRE STRIKES BACK! 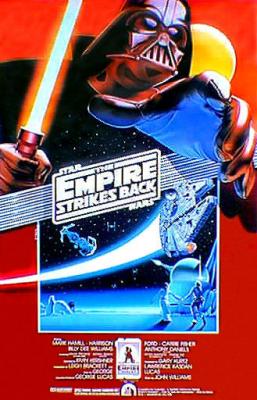 After the raging success of star wars fox movie studios approached George Lucas about doing the sequel for star wars,lucas however knew he couldn't set foot in the directors chair again after the last movie and in an interview with rolling stone magazine said that he was tired of being a director and wanted to be a filmmaker. so he hired one of his teachers from USC Irving Kershner.

George Lucas also had help on the script of empire from Leigh Brackett and Lawrence Kasdan. who helped him with the more emotional parts of the movie. by character driven i mean that the big huge fight on hoth was the beginning of the movie, and the duel on bespin cloud city was last but it was so powerful because of the I AM YOUR FATHER LINE. That it balances it out perfectly. 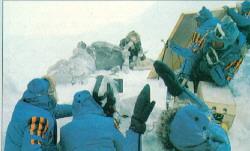 It has been three years since the destruction of the death star and the victory of the rebellion but they have established a new base on hoth which is found by imperials.in the hoth scenes the cast traveled to Norway were it had its worst blizzard in 50 years and the sceane were luke runs away form the wampa ice monster was shot out of the back of a hotel for fear that the camera would freeze up, for the battle fo hoth that the rebels so sadly loose, members of the norwegian ski patrol were used as extras to fill space in the battle,also john Rtzenberg who played the role of cliff cathel on cheers was a rebel officer,the giant AT-ATS were created via stop motion animation and were set against a fake painted background! in a dream obi ones ghost visits luke,who tells him to learn from the great Jedi master yoda,luke does after the battle of hoth he escapes on his x wing after blowing up an atat. and Han solo and princess Leia frantically try to escape from the empire until they find a good hiding place on cloud city were they think they will be safe.The movie also takes time to go into the romantic relationship beetween han and leia before key family ties were established fans found it fun to speculate who would leia finnaly tie the knott with. But the empire has other plans he hires a group of ruthless bounty hunter to track down and capture the millennium falcon. only boba fett succeeds. this was boba fetts first live action appearance for many people recognized him as from the cartoon the god awful holiday special(see part one) 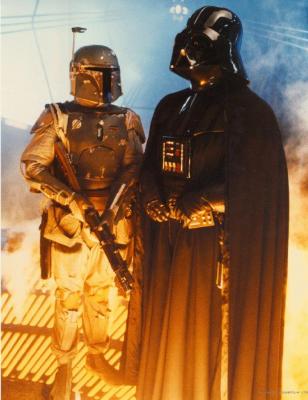 meanwhile Luke accompanied by r2d2 whose name was actually inspired by the Real Two Dialogue two real of film that the editor asked George Lucas for on American graffiti, George wrote it down as R2D2. and the rest was history, luke meets a small green creature named Yoda who is puppeteered by frank oz and designed by Stuart freeborn. 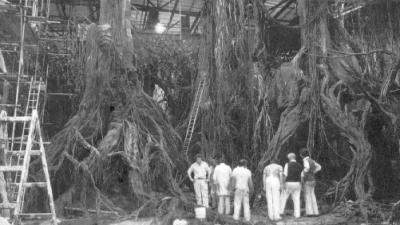 dagobah was created on a massive sound stage and a floor was built underneath so frank oz could puppet him undergorund,it was one of the most complex puppets ever built and required hidden cables for the yes ears nose mouth skin, you name it. 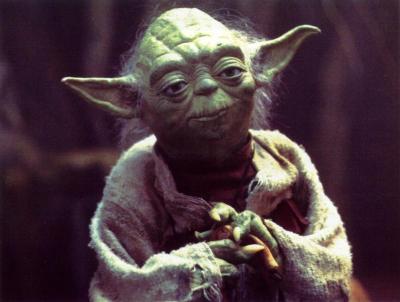 but soon Luke gets a premonition of his friends in pain, he leaves to try to help them much to the dismay of obi one and yoda, when he arrives on bespin it seems Hans once friend has betrayed them and turned them over to the emperor and used them as bait for Luke. Han is frozen in carbonite and Luke is lured into a duel with darth vader, to which he ultimately loses. 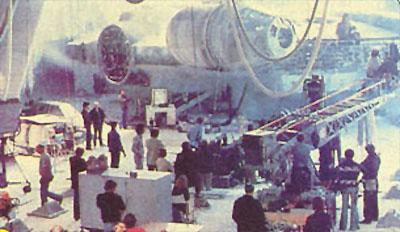 he looses his hand and narrowly escapes with his life, Luke is later safe and his hand repaired but the empires iron fist continued to stretch across the galaxy,

Speaking of iron fists the iron fist-ed hand of marketing was stronger than ever with kenner producing a new line of toys also burger king returned with star wars themed glasses and trading cards and coloring book sales were higher than ever. 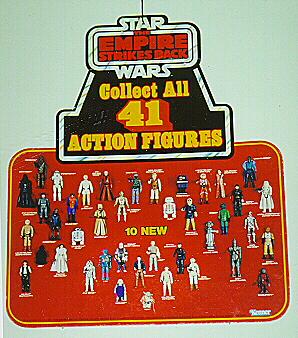 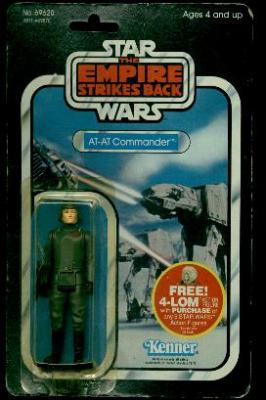 when empire was finally released it was met with mixed reviews though its my favorite and considered the best of the saga, people were expecting a more fun and uplifting story though this was the second act it was much darker,the movie met with box office acclaim and surpassed star wars on its opening day, it fueled support for another star wars movie! 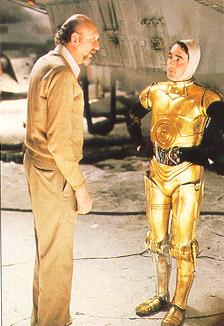 next episode the final chapter in the star wars saga but still more 30th anniversary tribute to come stay tuned for the next instalment of 30 years of star wars...RETURN OF THE JEDI! 11
Quote O' Matic
Juicy: "Hey Supa at first I used to love only waffles. Now I love you AND waffles!!"
The PJs