The movies and TV shows I can't help but secretly love from the 80s.
By taciturnwes
On
Thanks to all who commented on my last article, and now I bring you my guilty pleasures of the 80s… 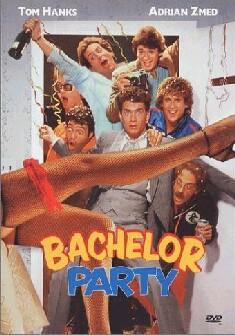 Rick Gasko (Tom Hanks) is about to get married to his girlfriend Debbie (Tawny Kitaen) so his friends must throw him a bachelor party “with chicks and guns and fire trucks and hookers and drugs and booze!” while Debbie’s father (George Grizzard) and ex-boyfriend Cole (Robert Prescott) will do anything to keep the wedding from happening. A truly hysterical and underrated comedy classic that brings us a donkey show gone wrong and gives new meaning to foot-long hot dogs. 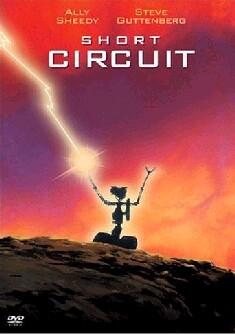 Number Five is alive! A top secret robot developed for the military by Newton Crosby (Steve Guttenberg) gets struck by lightning and develops a unique personality before escaping and venturing out in the world to gain knowledge, and befriends animal lover Stephanie Speck (Ally Sheedy) along the way. Another hilarious 80s classic that can’t be missed. And speaking of life created through electricity… 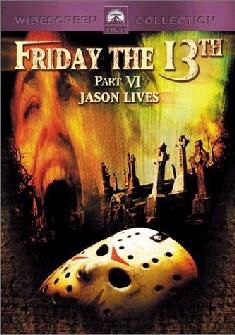 Just when you thought it was safe to go back to the lake, Jason is back, and funnier than ever. The first time Jason was officially dead and gone was in part IV, and after a disastrous restart of the series with part V centering around copycat killers, they thankfully decided to go back to the basics. This time Tommy Jarvis wants Jason’s body to be cremated but inadvertently brings him back to life when a lightning bolt strikes a metal rod imbedded in his chest, campers look out! Like Jason X this is the only other Jason movie in the series to stop trying to be scary and instead try being intentionally funny and the result is surprisingly entertaining. A technique later made quite popular in the Freddy movies, especially… 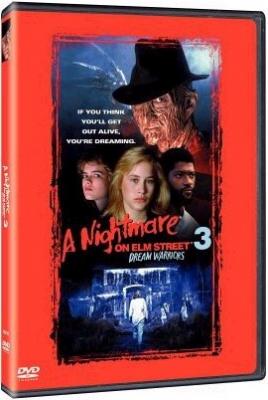 Nancy Thompson (Heather Langenkamp) is back and this time helps the other remaining Elm Street children now confined to a psychiatric institution fight off Freddy through using special abilities acquired in their dreams. Creator of the original Wes Craven returned to help pen and produce this one, and brought the series to a new level of fantastic special effects and introduced the humorous yet groan inducing puns Freddy loves to use. Despite the overall corniness one of the best in the series right behind the original and New Nightmare. 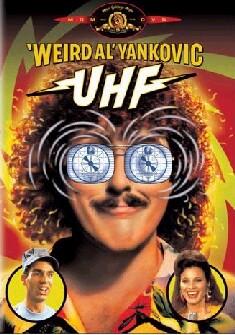 Okay this one really doesn’t belong on the list cause I both love it and aren’t ashamed to admit it to anyone but I still want to include it if for nothing else introduce any remaining stragglers to the sheer brilliance of this movie. Imaginative dreamer George Newman (Weird Al Yankovic) has just gotten the job of managing his Uncle Harvey’s new TV station, U-62 and has some unique ideas for innovative new programming which in turn causes rivalry with network affiliate channel 8’s station manager R.J. Fletcher (Kevin McCarthy) when U-62 starts getting a strong following in the ratings. If you love twisted humor, it doesn’t get much more twisted than this, and features Michael Richards and Fran Drescher in roles that very likely inspired and helped get them their popular sitcom gigs in the 90s, a must own in anyone’s DVD collection. 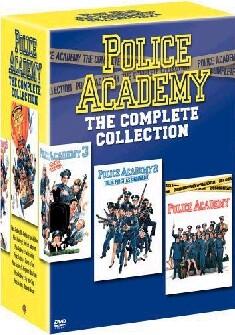 And who could forget this long running series of films that introduced us to the most inept police force in the country as well as that swinging Blue Oyster Bar? As far as intelligent comedies go, most of these are scraping the bottom of the barrel, but still are frequently filled with laugh out loud moments featuring Tackleberry’s lunacy, Jones’ sound effect mimicking, and Captain Harris’ nature to be a complete horse’s ass…or be completely inside a horse’s ass. 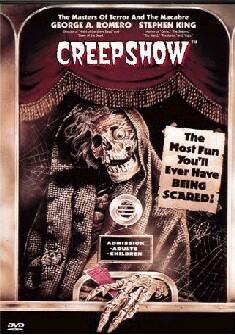 A brilliant team-up of writer Stephen King, director George A. Romero and makeup and gore effects wizard Tom Savini, brings you an anthology of five tales of terror based on the horror E.C. comics of the 50s, featuring revenge exacting zombies, meteor MiracleGro, killer crate creatures not to mention a few billion cockroaches. The best of the stories is most definitely “The Crate” which scared the living hell out me when I was younger. I really don’t think this one has ever truly gotten the recognition it deserves but I still hold it at high regard as one of my favorite horror movies. 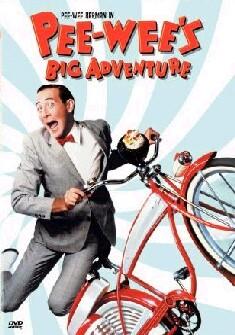 Pee-Wee Herman (Paul Reubens), a man who brings new meaning to the term “Peter Pan complex”, has the coolest bike in town before it’s suddenly stolen and he embarks on a long journey to find it. Filled with the surrealism of director Tim Burton and the inspiring force for the successful TV series Pee-Wee’s Playhouse, another staple of 80s cinema that you never really grow too old to enjoy. 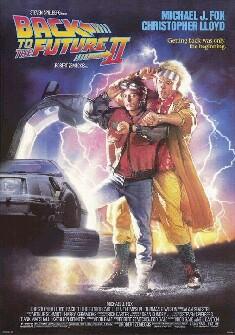 In this sequel, Marty McFly (Michael J. Fox) and Doc Brown (Christopher Lloyd) travel to the year 2015 to prevent the incarceration of Marty’s children. While in the future, Marty purchases an almanac which lists the outcomes all the major sporting events with aspirations to make a few extra bucks, before Doc puts the kibosh on that idea and throws the book away. Little do they know, geriatric Biff Tannen (Thomas F. Wilson) overhears their conversation, grabs the discarded almanac and borrows the time machine to give himself the almanac in 1955, causing a disastrous change in history which Doc and Marty need to fix. Quite possibly the most confusing and inconsistent plot in the history of cinema (even for science fiction) but still a very fun and enjoyable flick, though not nearly as good as the original. 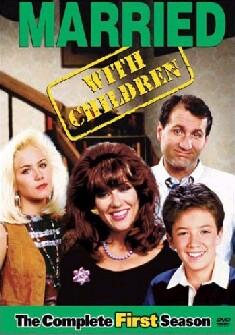 Okay I’m including this one mainly because I don’t personally know many people who appreciate this hilarious sitcom which ran for an incredible eleven seasons like I do, plus I wanted to include at least 1 TV show. I myself didn’t even discover this show till long after it had ended with late night syndication airings on the local FOX affiliate but I was a fan from the start. Al Bundy (Ed O’Neill) had a great life going as a football star for his high school till he made the mistake of marrying deadbeat Peggy (Katey Sagal) and spawning dimwit daughter Kelly (Christina Applegate) and unlucky in love son Bud (David Faustino). Now he’s been stuck in the same dead end job as shoe salesman to obnoxious fat women for many years, loses practically every cent of his miniscule paychecks to his leeching family, and always has to endure the ramblings of yuppie feminist next door neighbor Marcy (Amanda Bearse). A show that inspired a new generation of sitcoms but understood best of the bunch how to truly make mean-spirited humor funny.

But yeah, that about wraps up my look back my favorite guilty pleasures of the 80s, hope you’ve enjoyed it, I should mention that right after I wrote my last article on the 90s I came up with a bunch of new items I’m kicking myself for not including so sometime in the near future I’ll be writing a new article “More Guilty Pleasures of the 90s” be sure to look for it.
20
Login To Vote!
More Articles From taciturnwes

22
Quote O' Matic
Kung Fury: "[Kung Fury exits the time portal into a valley. A velociraptor suddenly appears and destroys his time hacking device with lasers from its eyes; narration] Fuck! That's a laser raptor. I thought they went extinct thousands of years ago. [Kung Fury and the raptor have an intense stare down until the raptor is suddenly gunned down. He turns around and sees the Viking Babe Barbarianna riding a giant wolf. She points her Gatling gun at him] Who are you?"
Barbarianna: "My name... is Barbarianna."
Kung Fury: "What year is this?"
Barbarianna: "It's the Viking Age."
Kung Fury: "[narration] That explains the laser raptor. Fuck! I went too far back in time."
Barbarianna: "You need to get out of this valley. This place is swarming with laser raptors. I'll meet you at the God's Drop. Katana can get you there."
Kung Fury: "Who's Katana?"
Katana: "I'm Katana. [Kung Fury turns around and sees Katana wielding an Uzi] I can give you a ride to Asgard."
Kung Fury: "A ride on what? [Next scene shows Kung Fury and Katana riding a tyrannosaurus]"
Added By: Clint_Olson
Kung Fury
Related Articles

18
Caps_2-0
A Talk With Samantha Newark
A truly outrageous interview with the speaking voice of Jem!
An unhandled error has occurred. Reload Dismiss