Too much focus on these, and not enough on the classics!
By dalmatianlover
On
I'm writing this article as a response to NostalgiaFan922's article about what he thought were the Top 10 Underrated Disney Films.

You know, I am a huge, HUGE Disney fan. I appreciate most of what they've done in terms of movies, TV series' and theme park attractions. However, there are some Disney movies that I feel should be categorized as the overrated films.

Now, before you all start yelling "BOO" and throwing your stuff at me, let me explain this to you, and I'm only going to explain it once: This is an unofficial list, and it's all based on my opinion. I DO NOT HATE ALL OF THESE MOVIES! I just find that these are the films of Disney that are looked at a little too much.

So, without further introduction, I give you the unofficial Top 10 Overrated Disney Films: 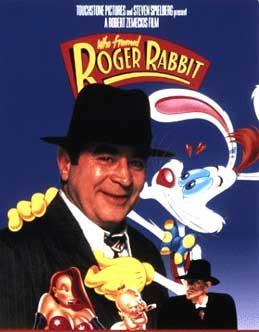 #10 - Who Framed Roger Rabbit?
To start things off, I must tell you all that I truly love this movie. That's why it's at the bottom of my list, but the reason it's on my list is for a few reasons. First of all, it appears to be a mega favorite to a lot of 80's fans, Disney fans and animation fans, and they're like always talking about it. What I don't seem to understand is how a lot of people are referring to this as an animated movie. It's not! Just because it has animation in it doesn't make it an animated movie! This is a movie I like to classify as a live-action/animated hybrid. Lastly, I'd like to state that as far as Disney movies go, I tend to overlook this one pretty often, but other people remember it well; it's strange that movies like this wind up getting a colossal fanbase. 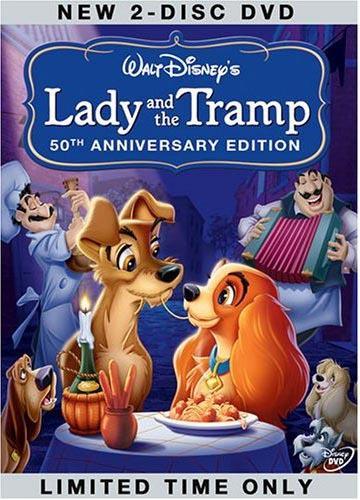 #9 - Lady and the Tramp
This is considered to be one of the most classic and memorable Disney films of all time. As for me, even though I am a dog lover, this movie has never been one of my favorites. Looking back at it or even thinking about it for some reason leaves some embarrassing memories in my head. I put this one low on the list because even though it's never been one of my favorites, it's still a classic, and I think it deserves the appreciation it gets. 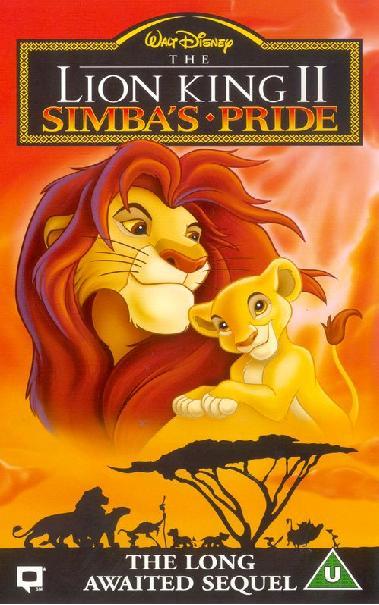 #8 - The Lion King 2
I am a Lion King fan myself, and since the movie's release, fans have been hoping desperately for a sequel. I didn't want them to make a sequel though, because I felt the original was perfect and should have been treated as an independent film. When I heard a sequel was coming out, I had very low expectations as to what it might be like. It's a lot different from the first movie. I was thinking that Simba was going to die in this movie, but he didn't, but probably the biggest surprise in this movie is that Simba and Nala's young cub was a girl. I don't know why so many people like this movie so much. The movie has too many songs (which aren't as good as the songs in the original), and the movie leaps in time too fast. This film is overall inferior to the original. 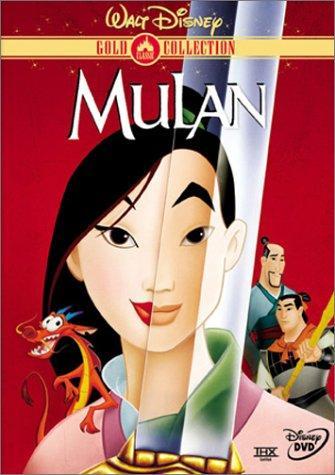 #7 - Mulan
Now, I don't think this movie did very well when it came out, but today, it seems to have an unusually big fan base. I mean, I think it was a nice addition to the Disney catalog, it was unique in a lot of ways, but it lacked some things compared to most films from the Disney Renniasance Era. For one thing, it doesn't have as many memorable songs. It was popular enough to recieve a direct-to-DVD sequel. I mean don't get me wrong; this is not a bad movie at all, but calling it one of the best is a little much. 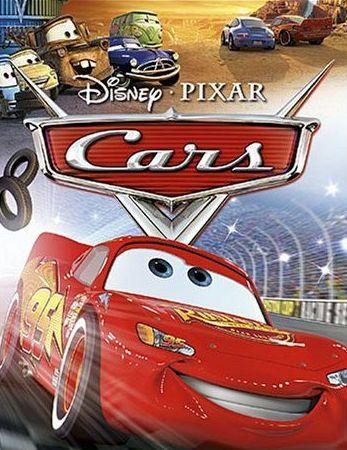 #6 - Cars
I'm not a big fan of computer animation, but the Pixar movies know their focus, which is why I like them. "Cars", on the other hand, is not one I'd want to watch over and over. This, in my opinion, is by far the worst...well, I shouldn't say worst...but the least best in the Pixar catalog. The animation is decent, the cast is awesome, the soundtrack is good, but the fanbase is over the top. Even though this movie is three years old now, merchandise of it is still being sold everywhere. I see kids wearing "Cars" shirts even nowadays. What is it about this movie that makes it so popular with the kids? 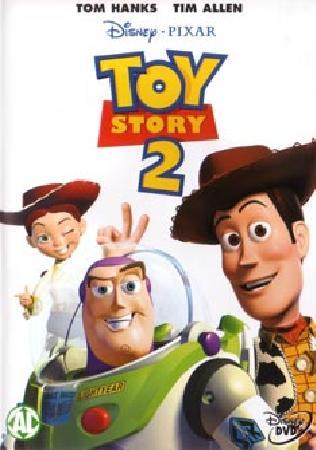 #5 - Toy Story 2
As we all know, "Toy Story" was the very first Disney/Pixar film. It's one of my favorite Disney films of all time. Of course, the success of the movie would lead to a sequel, right? Well, that's just what they did. The reason I put this one on my list is because pretty much every person I know who is a Pixar fan says that they find "Toy Story 2" to be BETTER than the original! How can a sequel be better than the original? That's not supposed to happen! As a matter of fact, if you were to ask someone to rank the Pixar films in order from their favorite to least favorite, this one always seems to come up really high on the list like #2! I mean, what made this film better than the original? Maybe the addition of some new characters were a nice touch, or maybe there were some jokes and cultural references that a lot of people laughed at, but overall, this was not in any way better than the original! That's almost like breaking the first of the 10 Commandments!

#4 - Tarzan
Most Disney fans refer to this as the last "good" Disney movie. I personally think there will always be some good ones out there if you look hard enough. Even though this may have been the last film of the Renniasance Era, I find it's fanbase to be ridiculously large. I mean, what can be so entertaining about a naked guy who lives with gorillas and slides on trees? I mean, the characters aren't all that interesting, the voice actors are nothing special, I can't tell who is supposed to be the villain, and overall, I just don't get it. Phil Collins' soundtrack doesn't help much either. Well, at least the movie was done in traditional animation. 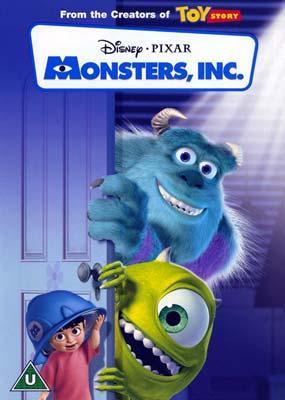 #3 - Monsters Inc.
When this movie came out, it was a huge hit and built up a huge fan base. Today, it's still a popular film with just as big a fan base as ever. Sorry to disappoint, but I gotta disagree with the fans. As far as 3D-animated movies go, "Monsters Inc." marked the beginning of the end. This movie set the standards of how bad computer-animated movies can get. It relies too much on jokes than it does on story. There are tons of people who loved this movie, but I never heard any real reason why they loved it so much. The only clear compliments I got were from the fans of Boo. These fans were, of course, women in their 30's and 40's who thought she was so cute; I didn't find her cute at all. Okay, i know what the girls liked about it, but what did the boys enjoy? If Disney would have put their minds to it and actually put some more thought into the story than the jokes, we would have had another classic, but instead, we just got another commercial comedy. Not to mention, this movie badly ripped off the Nicktoon, "Aaahh! Real Monsters". 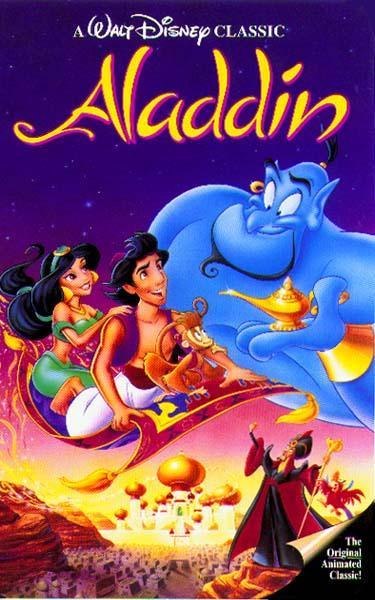 #2 - Aladdin
Ask anyone to give you a list of their top favorite animated movies of all time, and chances are this one will be somewhere on the list, possibly pretty high. I don't know what kind of formula Disney used on this movie, but this Disney movie has one of the biggest fanbases ever. I remember this movie being a huge hit when it came out. Back then, it seemed to be more popular with the girls; I remember girls all over my school pretending to be Princess Jasmine or singing "A Whole New World". After it's popularity, nobody ever seemed to talk about the movie anymore, but today, people everywhere are talking about it, and it now seems to be more popular with the guys this time. Why do so many people love this movie so much? What is it that makes it so special? Please give me one good reason why this movie is better than "101 Dalmatians", "The Lion King" and "Snow White".

And now, my pick for the #1 most overrated Disney movie is... 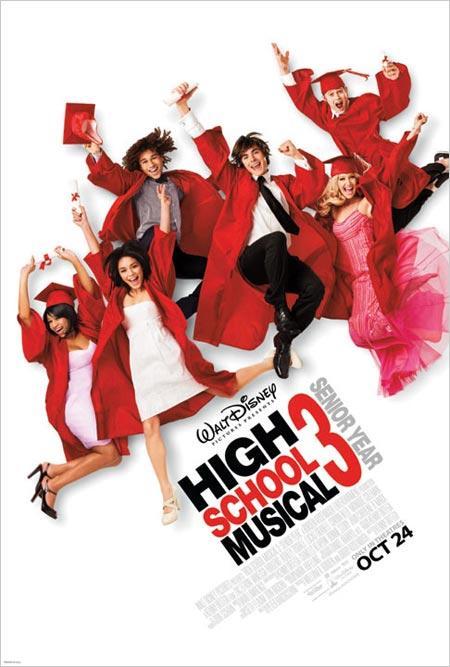 #1 - High School Musical
I'm talking about all three of them! Seriously, all I'm hearing about nowadays as far as Disney is doing is "High School Musical". What I don't understand is why Disney would even do such a thing. They made three movies in less than a year! I mean, how did they make those movies so fast? That's almost as ridiculous as the timespan between the "Guitar Hero" games! It's just another one of Disney's crazy schemes to make a lot of money! I guess their main reason for making this was to give all their current gen Disney Channel watchers an excuse to go to the theaters and prepare them for the upcoming launch of Disney XD. Disney is supposed to be about magic and making dreams come true, not annoying teen flicks that plan to dominate the world! Well, I guess I can't really argue. This is a new generation, afterall. If these movies came out in the 80's, they would have been awesome.

Well, there you go. Those are my opinions on what I think are the most overrated Disney films as of today. Now, if you'll excuse me, I'm off to go watch some classic Disney movies that deserve some appreciation.
-34
Login To Vote!
More Articles From dalmatianlover