Is this sequel worth it? Keep your wires crossed!
By Nails105
On 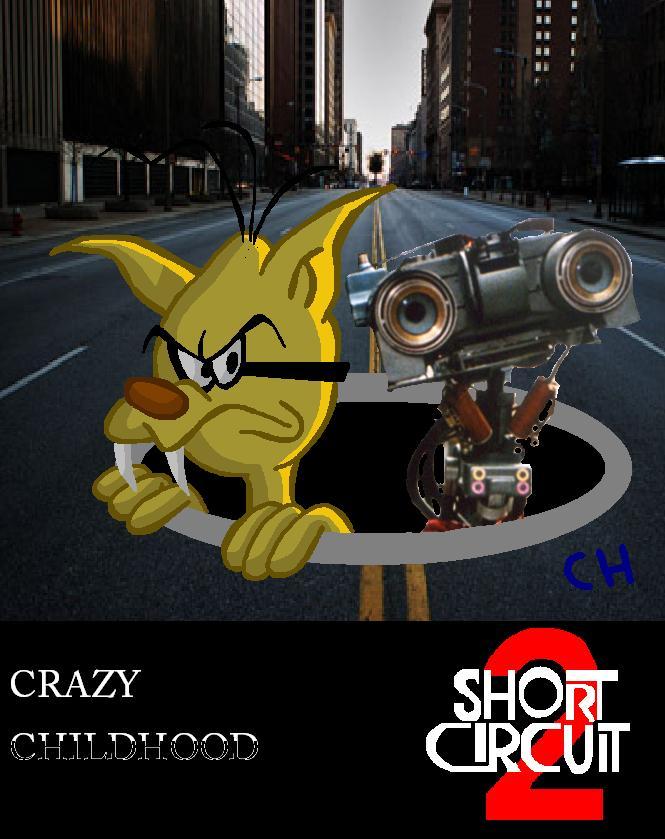 and
Tim Blaney
as "Johnny Number 5" 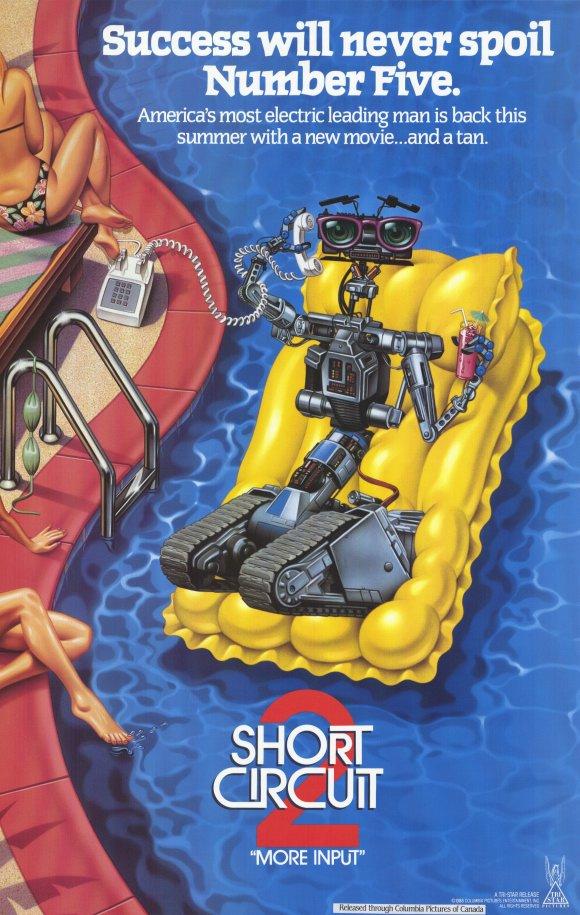 Number 5 is alive...and chillin' out!


Well, Number 5 is back for some more antics and so am I! If you already read my article on the first film, you'll recall that it was a really great film for kids and adults with light-weight humour and a very appealing robot.

When the first film was originally released in 1986, not only did it surprisingly became a box-office success(grossing nearly $40 million!), it would eventually become a huge hit in video rentals. Not bad for a E.T. rip-off, eh? 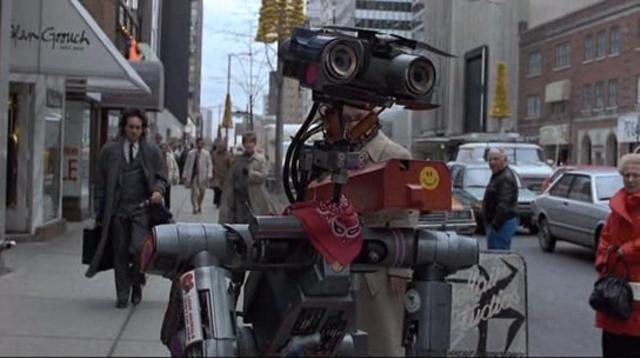 
Because of this money-making dillema, Tristar Pictures decided to greenlight, what else? A Sequel! 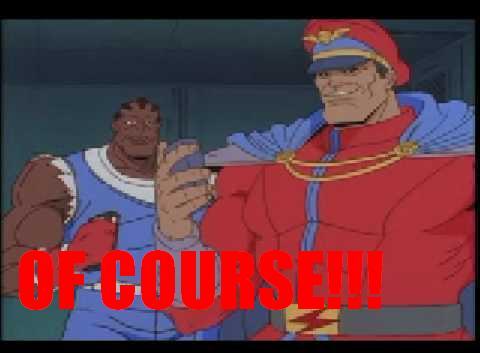 
The sweet-natured robot now called "Johnny 5" (Blaney) is shipped in a crate to the big city to help his friend Ben (Stevens) create a line of robot toys for a toy company.

Which is odd, seeing how the last time Johnny 5 and Ben met in the first one was when Johnny 5 threatened Ben to get out of the truck Newton Crosby was in, but never mind.

Meanwhile, the plucky robot is in danger of falling into the greedy hands of a businessman (Weston), who wants to use Johnny 5 to steal a priceless jewel. 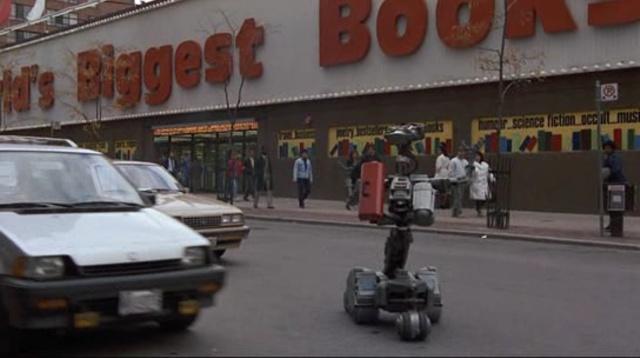 The film is a bit more mean-spirited than the first one. Everyone taunted, rejected, and even took advantage of Johnny 5 in this film. Even the city church kicked him out, even when the robot asked for help!
There's also the infamous scene when the villian and his henchmen just beat the living oil out of him. How could they? HE'S JUST A ROBOT! WHO'S ALIVE!

The film is actually longer than the first one, so it gives the characters more emotions and dialogue to work with.

We also get more of the stereotypical character Ben (wheee....), but he's actually more of a likable character as Stephanie was in the first one. He's still considered a comic relief, but has more emotions than Steve Guttenberg ever will.

The film is also given more laughs than ever. Some of the best laughs come from Number 5 at the largest bookstore ever or when Ben is trying to ask out an employee of the toy company. 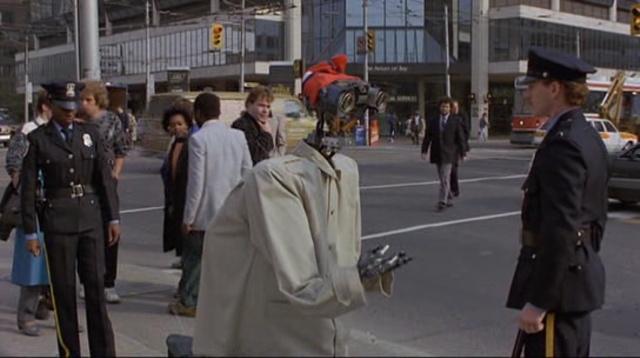 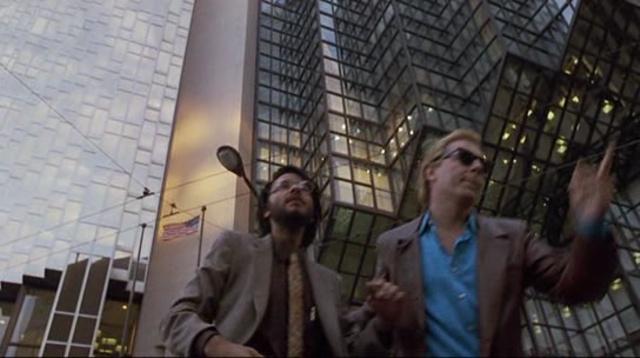 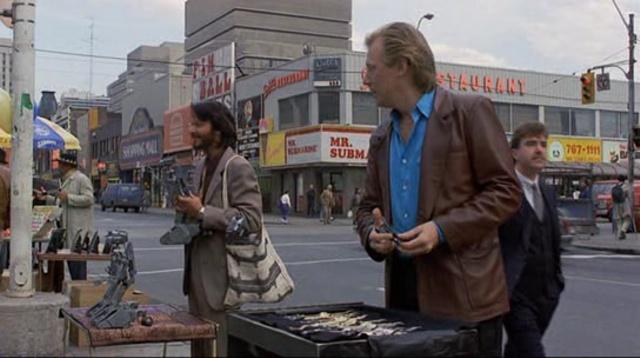 "Lucky stiff. Here I am, selling Howard The Duck watches while HE sells merchandise from a BETTER movie!"

So that was Short Circuit 1 and 2. They're not the best films ever, thanks to a handful of mean-spirited moments in each movie. But they're saved by some really funny parts and the likable personalities of characters like Number 5, Ben, and Stephanie.

So what happened with good ol' Johnny 5 after #2? Funny you should ask that, because in 1990, he made his last appearance in a short educational film known as Hot Cars, Cold Facts, which talked about car theft prevention, which is odd, seeing how Johnny 5 was tricked into stealing car radios in the second one. I haven't seen this one yet (though I will check), and I don't know if I'll review it, due to the extreme obscurity. 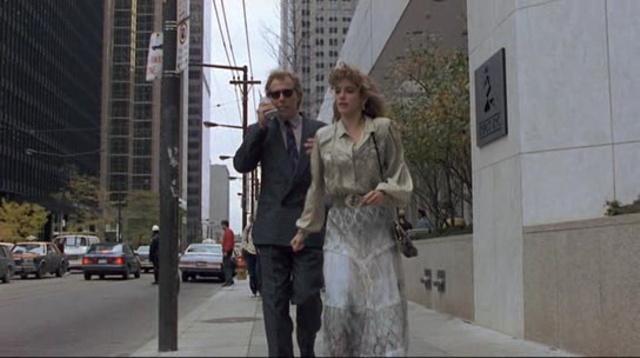 The next thing up for Johnny 5 is (gasp!) a remake! That's right. Dimension Films will release the remake in 2011, and it will involve Johnny 5 befriending a boy from a broken family (Great, now Johnny 5's a babysitter, now). It will be written by Dan Milano and be directed by Steve Carr.

Yeah, cause he made some REAL good ones: 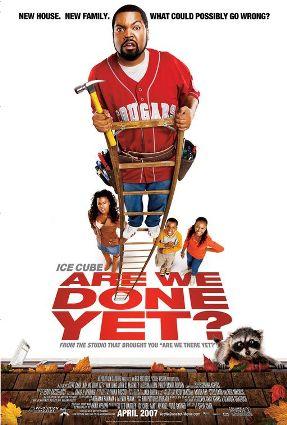 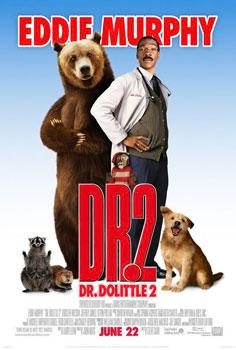 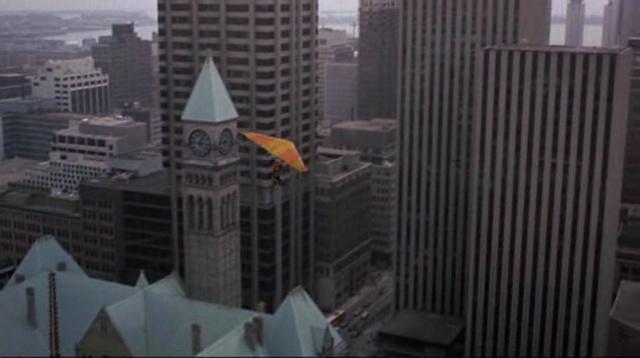 Will the film be a classic or will it blow like the new Nightmare On Elm Street? Who knows? Whether it will be good or not, we'll always have these two great films for years to come.

See ya!
9
Login To Vote!
More Articles From Nails105