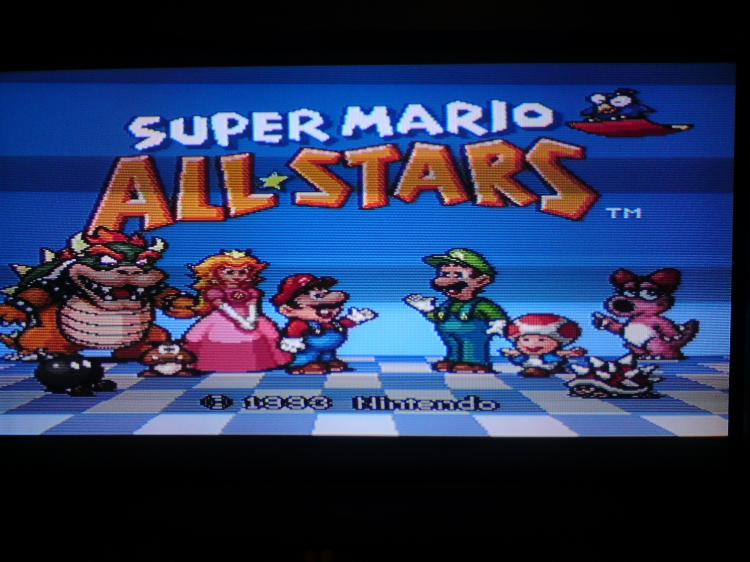 Hey guys, happy new year! Its been a long time since i made an article, so i thought id come back with a
written review on one of the great games on the Super Nintendo, or should i say 4 games in 1!
I recently purchased a Super Nintendo from a garage sale, it came with 2 controllers and 5 games:
Super Mario World
Donkey Kong Country 3
Bubsy
Marvel: War of the Gems
and of course, Super Mario All stars
And everything is in immaculate condition, for an awesome price of just $10 :D
So lets begin shall we? 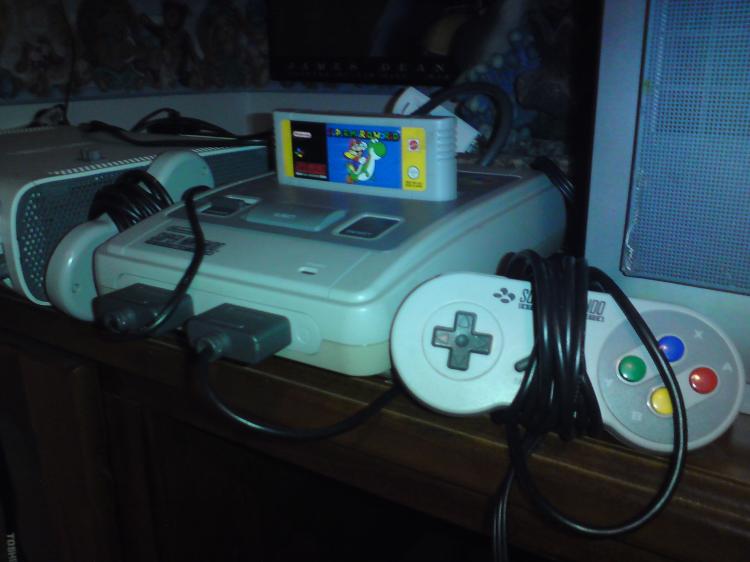 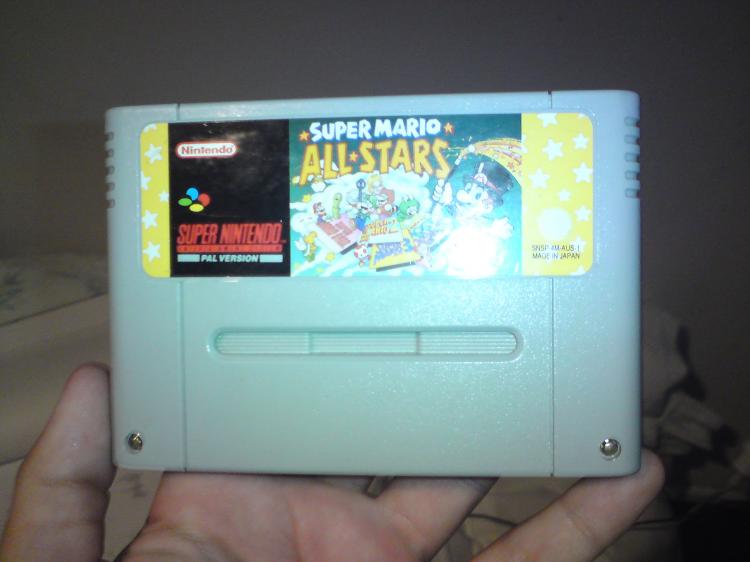 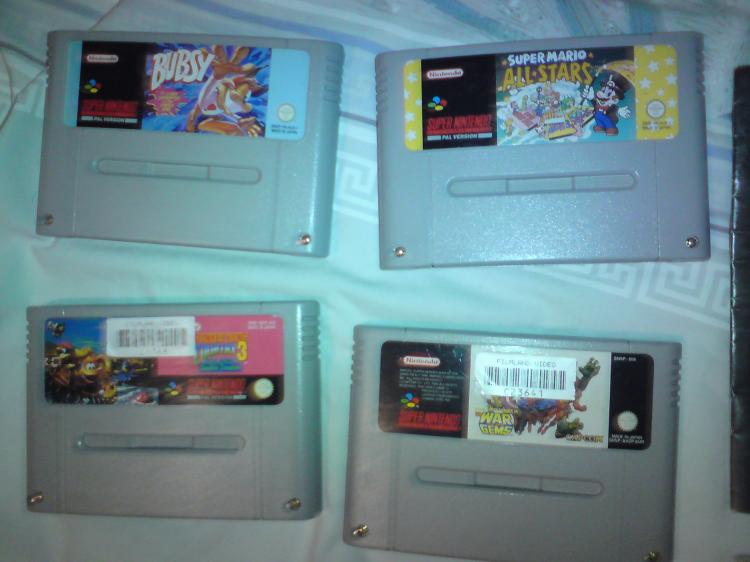 As I sit here typing this i will be playing the game, so as not to forget anything or miss things.
Im not going to review all 4 games, because lets face it, its 4 whole games. But i will review my
personal favourite out of these, Super Mario Bros 2.


So we start off with the story, the basics of the past era of games. 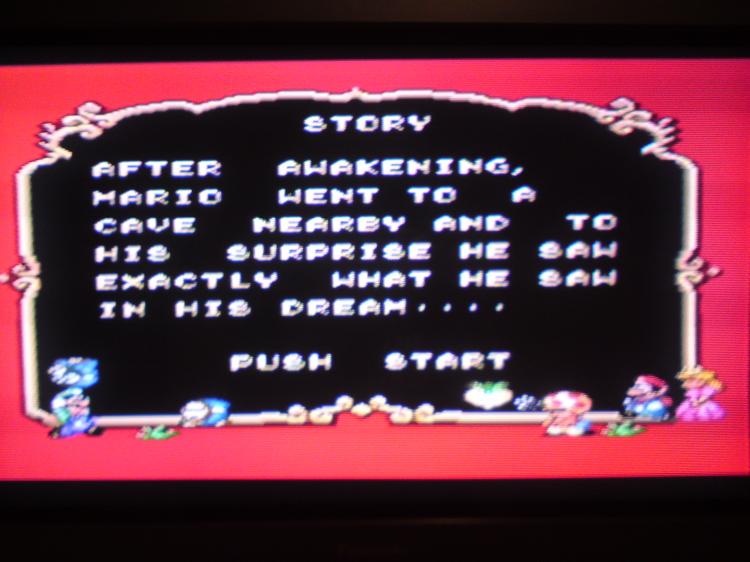 Then you get to the character select
screen and choose 1 of 4 characters: Mario, Luigi, Toad and Princess Toadstoole. So we choose the character
we want to play with and begin our journey! So we see Mario (Or the character you picked) falling down from the sky,
passing through some platforms which have enemies patrolling them. When we land on the ground we are greeted by a door
enter this door to begin to the first level. 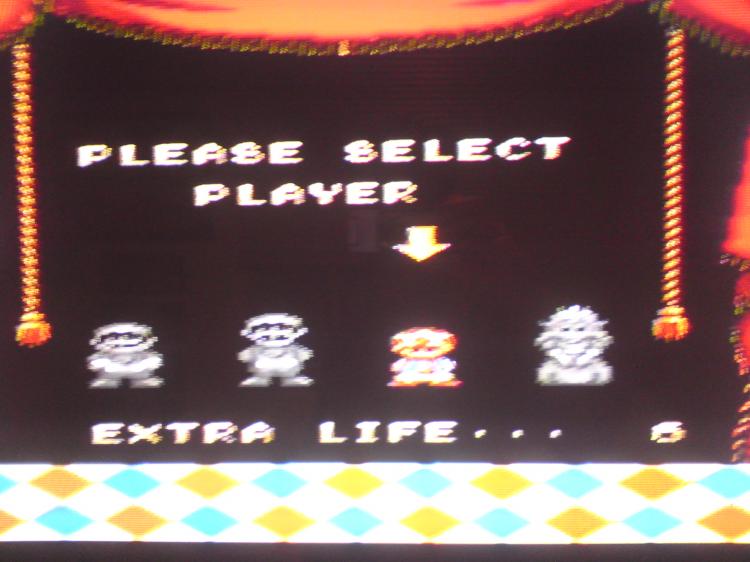 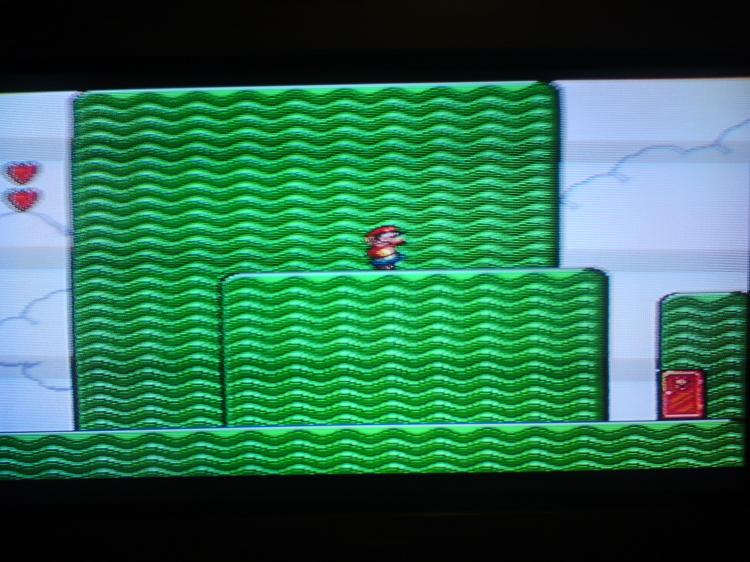 First time you play this game you will realize the beauty in the colours
and the theme of the stages, a quality blend of different shades and backdrops create some really fabulous gameplay.
When you come out of the door you see in front of you some more enemies, and some plants sticking out of the ground.
What i found in this game is that picking up every single plant is crucial, the plants themselves (which look like
turnips) can be used to throw at enemies, defeating them instantly, but some plants actually produce potions, which
when thrown, a door will appear. Each door you enter is pretty much different, ranging from hidden stars to mushrooms.
That is why i like this game so much, its not your typical smashing the block and a star or mushroom popping out from it.
You may miss a plant and a mushroom due to that reason. Moving on.
After a few minutes of playing you will get to a door, inside the door there is what appears to be a cave, and a bit further up, a beanstalk. Climb this bean stalk and you will be met with 2 options: Left or Right. If you choose to go
right it will take you a little longer to get to the boss, but if you go left, you will need to jump 2 platforms
and see in front of you rocks blocking a door. Pick up the plants and you will be given bombs, wait for the bomb to start
flashing then about 2 seconds after it starts flashing press the Y button and it will drop it, blowing up one of the rocks,
now you can go in and see that the boss is just around the corner. 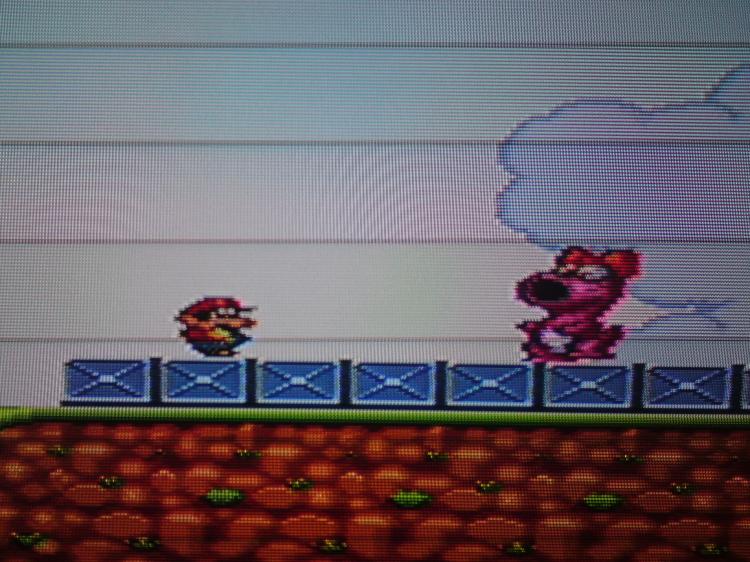 Now this pretty little pink kangaroo thing is quite easy after you get the hang of it. Basically you have to wait until she
shoots an egg out of her mouth and then jump on the egg and use the same button you would to pick up the plants, and throw
it back at her, after about 3-4 throws she dies and drops a crystal, opening the way to the next level.

This game is quite different to the other Marios made, for example, you dont die with one hit after accidently running
into a enemy, instead you have 3 hearts and one of them dissapears if you get hit. And also their is no coin blocks to hit.
The plants can give you anything from hearts, stars, red shells, and so on and so on. Another thing i like about this game is
after you finish a level, if your bored with Mario, you can choose someone else, like Toad!
I also find Princess Toadstool really handy in this game, as she can glide for a short period of time by holding the jump button in. But hands down to Luigi, who can fly through the air, which not only looks cool, but saves your noob ass from near death experiences! 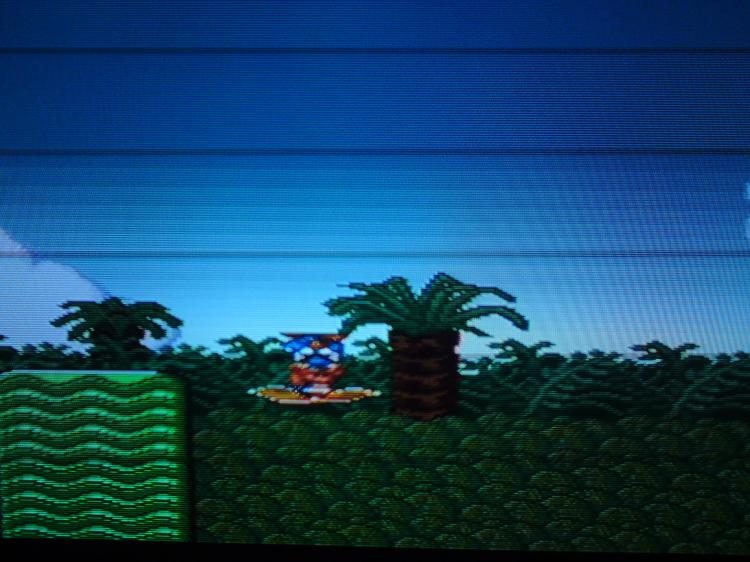 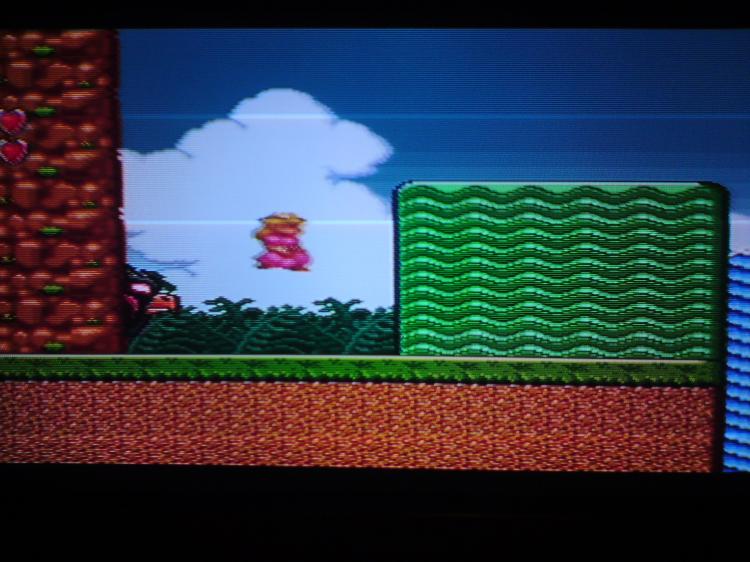 So when you pass through the 2nd level and run in through some tricks and secrets, you come across another pink kangaroo.
This time though she shoots faster and it takes one more throw to kill her, do the same thing as you did before and
collect the crystal and walk through the birds mouth to progress.

After beating various bosses and different levels, including the annoying floating heads that follow you when you pick up
a key! You enter the last level, and fight Wart, who is controlling the world, and Mario and friends must restore order! 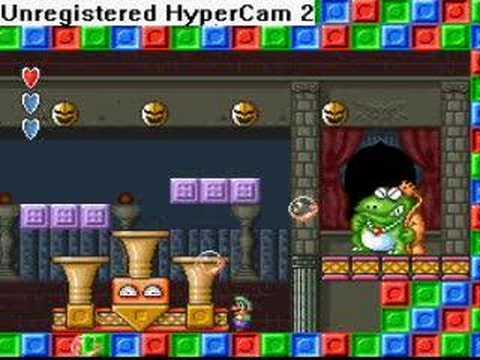 Wart is quite simple, just like the pink kangaroo you have to pick up the vegetables that are being thrown out of the pipes
and throw them at him, dodging his attacks. After your done, it will show you releasing all the happy creatures back into
the world (Remember Sonic? :P) Then a cut scene appears of Mario snoozing and dreaming everything that just happened.
How 90s right? Over all i give this game a 8/10 due to its beauty and unique Mario experience. The only problem i had was
that the levels can sometimes feel very much the same, but the added little puzzles and stuff help that out. Well thats it
from me, i hope to release the Marvel: War of the Gems review soon. Thanks guys and gals! 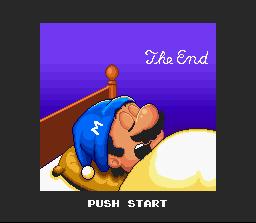 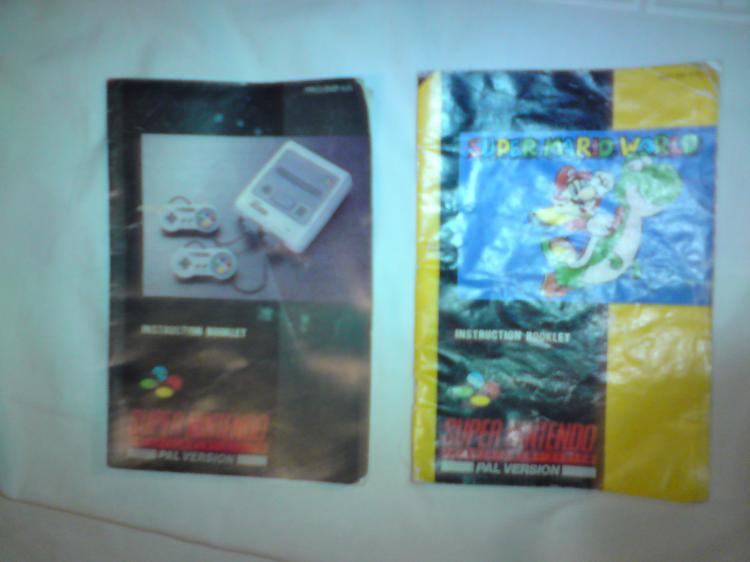 Dzenan.
P.S Sorry about the bad quality photos, i had to take it from my TV using a Mobile phone camera.
14
Login To Vote!
More Articles From Dzenan 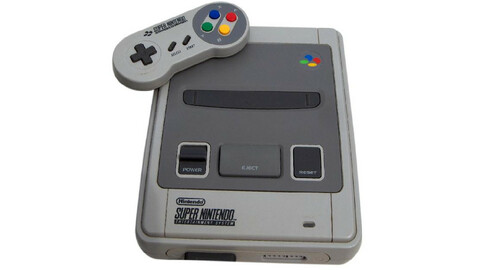 16
minimaster58
My days of SNES
I share my memories and thoughts of Nintendo's 16-bit masterpiece. 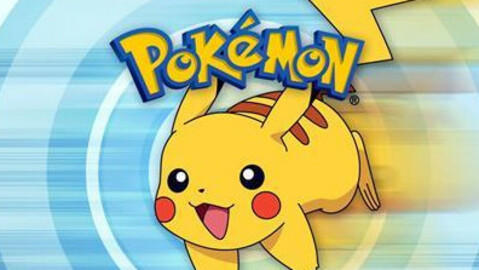 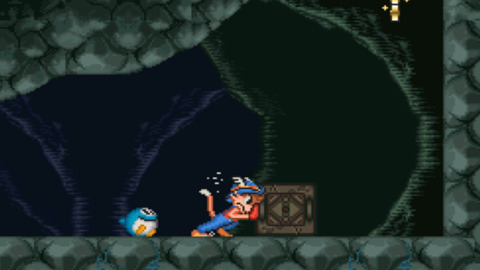