"I'm strong to the finisch, caus' I eats me spinach, I'm Popeye the Underrated man!"
By anti4evermario
On 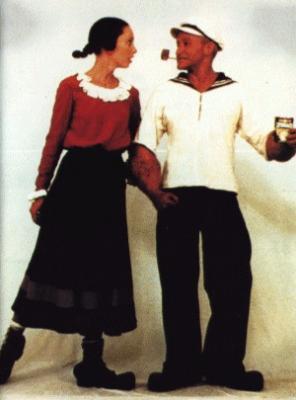 Don't you love Popeye the Sailor? Who doesn't? He's such a great character. Just seeing him beat the hell out of a no-good baddy makes me feel all warm inside. I'll even go as far to say he's a better character than Bugs Bunny. The accidental creation of famed comic strip writer E.C. Segar has went on to star in the incredible Fleischer cartoons of the 30's, the terrible Fleischer war-time cartoons of the early 40's, then the abysmal Famous Studious cartoons of the late 40's through 50's. 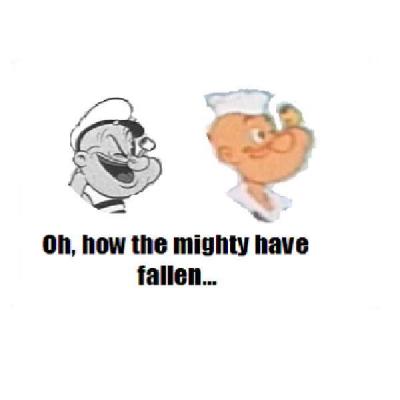 Those Famous Studios cartoons lost the magic of the original Fleischer masterpieces, not to mention those tacky redesigns they gave Popeye, Olive, and Bluto. But I digress. I'm not here to talk about the theatrical cartoons, I'm here to talk about the criminally underrated live-action Popeye Movie, originally released December 12, 1980. 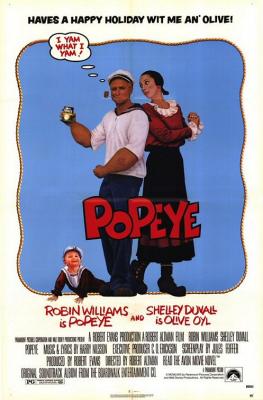 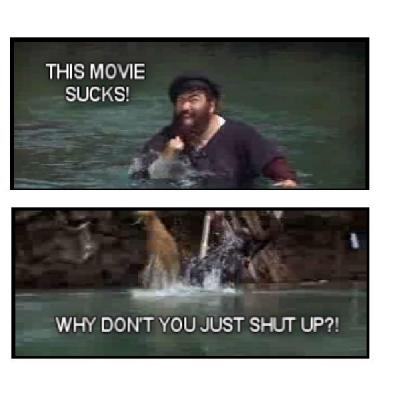 Okay, seriously, as of April 2008, this movie currently has a user rating of 4.7 out of 10 on IMDb.com. Seriously. 4.7 OUT OF 10!!! I MEAN... okay, maybe it's just me. Maybe it has a bad rap due to all these other movies based on cartoons that everyone hates and dismiss this movie as just another one of those, but actually, this film isn't as bad as the critics say. It has one thing all the other cartoon-to-movies do not have- charm.
Another reason everyone didn't like it could have been that it was based more on the original Segar comics of the 1920's-1930's rather than the Fleischer cartoons that everyone is so familiar with. It featured many characters that mostly did not appear in any Fleischer films, including Olive Oyl's family, Geezil the meat salesman who hates Wimpy, and countless others. Also, throughout mostly the entire movie, Popeye detests Spinach. This is another nod to the Segar comics. Originally Popeye hated greens and only settled for meat products. It was not until May 21, 1932 (Three years after his creation) where we saw Popeye's first usage of Spinach in a Segar Strip. 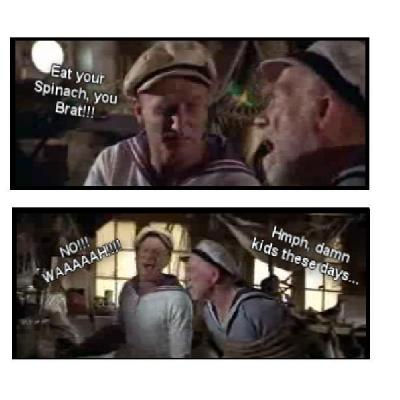 The plot of the movie is about Popeye traveling to Sweet Haven searching for his long-lost father, and meets the Oyls, adopts Swee'Pea, makes enemies with Bluto, and becomes a household name along the way. Getting to the production of the movie, the original script was penned by Jules Feiffer an original fan of the Segar Comics, and Robert Altman of MASH fame signed on for direction. 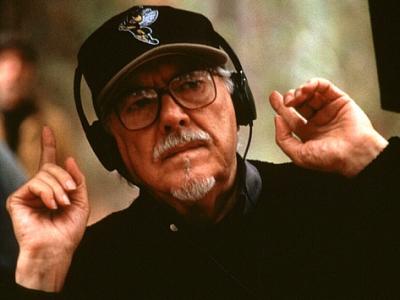 The cast is nothing short of amazing. Robin Williams was hired to portray the titular sailor man. He was perfect, he has just the perfect look and movements that match the original cartoon character and his voice was spot-on. Time to time, it didn't even sound like Robin's voice! My only complaint is that his outfit is a mostly white uniform through 80% of the movie. I like the black and red uniform better, but he only wears it in two scenes in the entire film. The white one brings bad memories of Popeye's dreadful Navy Uniform of the Famous Studios cartoons. 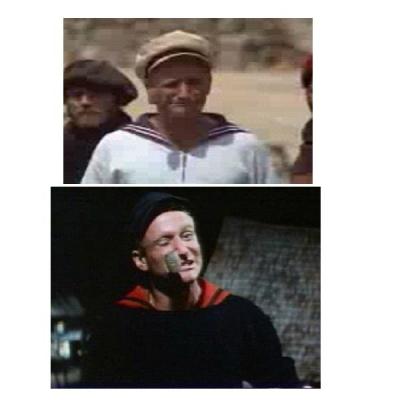 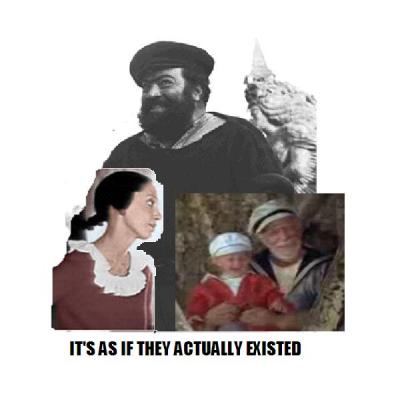 -And speaking of Pappy, he had some of the funniest and best scenes in the entire film. Every single one of his rants on how much he hates kids leaves me in stiches every time. 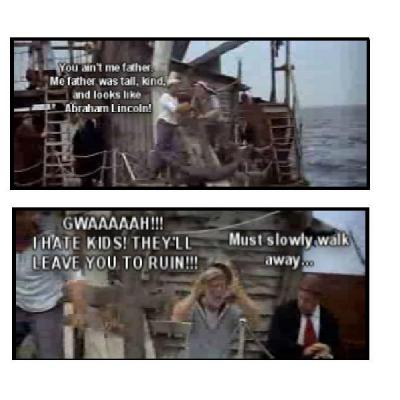 Also, one should not forget the movie's filming location. Sweet Haven was basically built from the ground up on Anchor Bay, Malta. Needless to say, the set was perfect, just like the cast. To this day, the site remains as a tourist attraction. 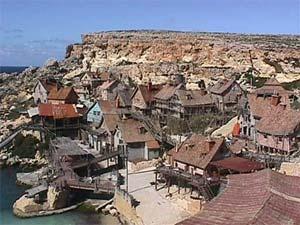 The climax near the end of the movie on Scab Island was filmed on a small island near the coast of Malta, called Filfla. 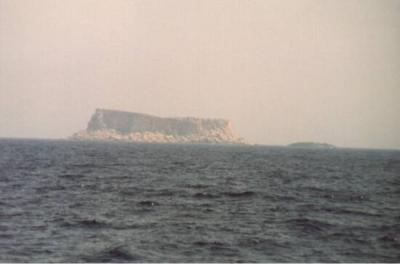 The total budget for the film was an estimated $20,000,000. On opening week, Popeye gained an impressie $49,823,037 at the Box Office. However, some of it's thunder was stolen from critics who savaged it, including Leanord Maltin. Others, such as Siskel and Ebert praised it, but overall didn't do too well at the theaters.

Despite all the negative criticism, Popeye is a movie to not miss. Sure, it's no Transformers, but it's right up there. It's undeniable charm, cast, dialogue, and scenery make it a true gem. If you see it at a Blockbuster, rent it, you won't regret it. Or better yet, buy it used or purchase it off itunes and see a true masterpiece of a film based on one of America's most treasured Icons. 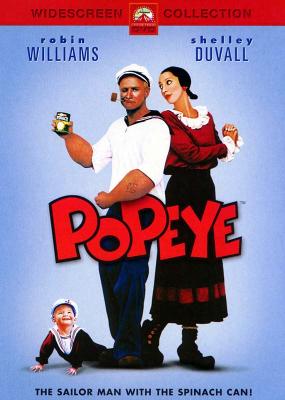 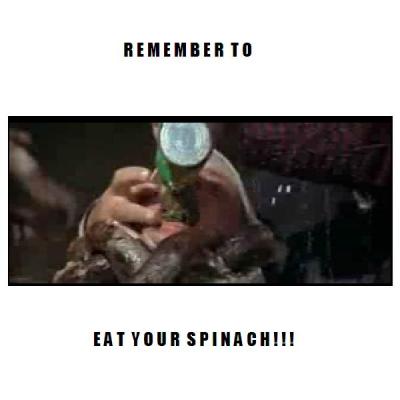 -8
anti4evermario
The Decline of Banjo-Kazooie
Oh, how the mighty have fallen... 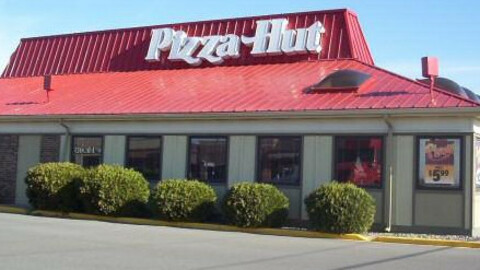 54
jnewtx
Weekend Ritual
Typical weekend of the 80's and 90's

10
Bro
Major Video and the NES, part 6
Almost at the finish line
An unhandled error has occurred. Reload Dismiss