Garbage Pail Kids movie review
By Nails105
On
Well, let's face it. Crap nowadays isn't getting any better, and we wacks from the past can only turn back to the past to entertain us. But, when we look back at our childhood, we think to ourselves....was it worth it? Well, that's what were gonna find out with the article I like to call....well, you know. 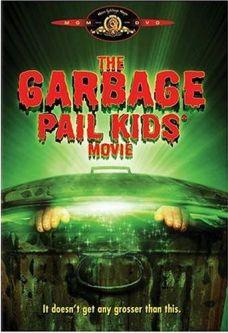 Probably one of the biggest fads of the 80's was these sets of trading satirizing the Cabbage Patch Kids. These cards were known as "The Garbage Pail Kids". These cards were gross, vulgar, and were incredibly controversial amoung parents and a huge hit amoung the kiddies, which led to an animated television series which never aired in North America, and a full-length feature film. 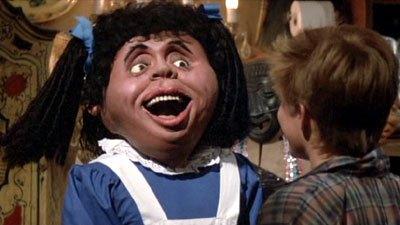 The only question is this: How can you possibly make a 100 minute childrens' film based on a set of trading cards that have no specific plot or character analysis whatsoever?

The answer: Your answer is as good as mine.


"The Garbage Pail Kids Movie" is pretty bad, but do you really think you or your kids will expect anything special about a bunch of melon-headed midgets who came from a garbage can? There's nothing innovating about this film, so you have no choice but to appreciate the badness.

The plot (or resemblance thereof) is about a kid named Dodger (Astin) who accidently unleashes a bunch of ugly kids (who are so creepy they make Chucky frightened) from their garbage can. The kids, or Garbage Pail Kids, then do 100 minutes of stealing Pepsi trucks, sewing clothes, and cracking jokes you'd hear in a lame Saturday morning cartoon. 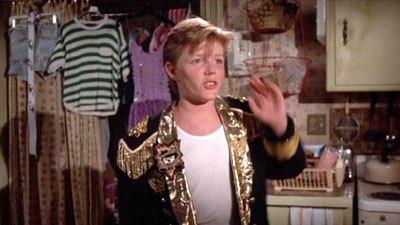 Luckily, the film isn't as gross as the title says it is. While the finale does involve a lot of puking, farting, and peeing, the rest of the film is quite short on the raunchy material, which makes the film passable enough for the squeamish to watch.


And I WILL have to admit, the Garbage Pail Kids costumes are kinda cool. The suits were created by John Carl Buechler, the guy who directed "Friday the 13th Part 7" and "Troll". While the mouths never move like they should be, it's lot better than the kids being live-action characters like everybody else. 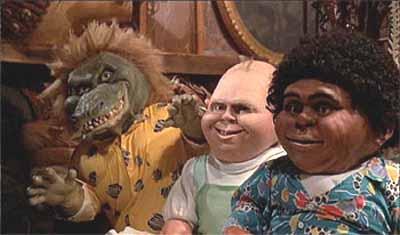 It's too long. To think that a film based on a bunch of cards would be 70-80 minutes. What's worse is that there's no coherent plot to follow, so it's just 100 minutes of bad acting and writing. 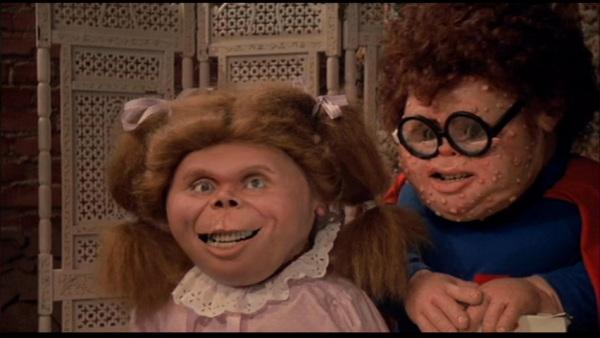 "The Garbage Pail Kids Movie" isn't "Citizen Kane", but it isn't meant to be. There are some OK moments, but I got so bored because of the film overlong length, so it was hard to find out what parts stood out. Very little (and I mean little) kids may find this entertaining, but fans of the trading cards will certainly eat this up like pizza.


If you have any suggestions for any movie/TV show for me to look at, please reply at the bottom of the page or on my account. And please try to suggest something everyone has heard about, as The Devil and Daniel Mouse wasn't exactly a good idea to suggest or to review.