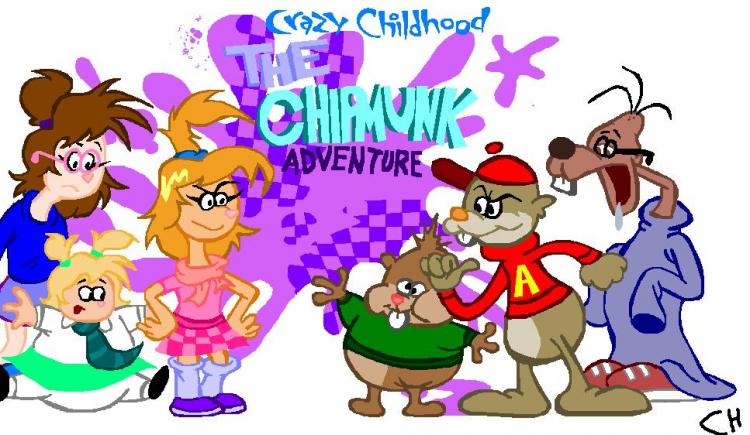 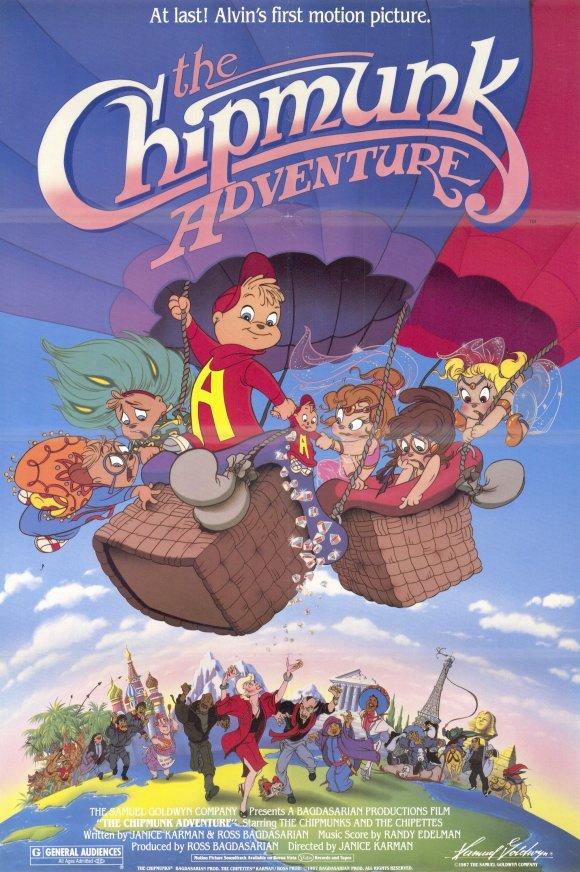 Alvin's ONLY picture? Perish the thought!


The Chipmunks seem to be getting it rough nowadays, aren't they? They were practically obscure from the minds of children for years until the recent CGI/Live-Action crossover came around and it didn't exactly help their "careers". How is this a bad thing? Well, never mind the fact that both the first one and it's "squeakquel" (FFS...) are cliched and high on sugar, whenever you bring up these high-pitched rodents, chances are these suckers will come to mind immediately: 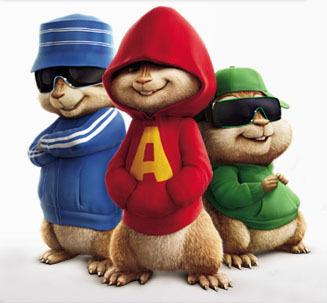 The latest product from the finest minds of Hollywood!

Though I don't really care for the new Chipmunk films, all I can say is that the kids of nowadays can have those movies for all I care, for we retro-junkies have our own Chipmunk movie that's been under our noses all this time. And it's actually done in a way that should've been done for the new films: ANIMATED! And it's hand-drawn, no less! 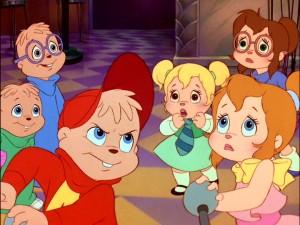 Push the A Button, dammit! PUSH THE A BUTTON!


Just look at this picture above and tell me that it isn't pure eye-candy. After looking at those CGI re-dos for so long, it's such a relief to see these old-school chipmunks after so long. Will Hollywood ever learn? Maybe after they're done with the upcoming CGI/Live-Action Yogi Bear movie.

The film has our three iconic Chipmunks (Alvin, Simon, Theodore) and their female counterparts the Chipettes (Brittany, Jeanette, Eleanor) hop into some hot-air balloons to see who can fly around the world first. Two diamond thieves named Claudia and Klaus (Tyrell and De Longis) claim to be millionaires who agree to give the winner $100,000, though the contest is all just a set-up for the well-meaning youngsters to unwittingly deliver their smuggled diamonds around the world.

There's some pointless subplot involving the Chipettes returning a baby penguin to it's home in the Arctic. The Chipmunks and Chipettes are already cute and appealing, they didn't need a baby penguin. If they had a subplot with the Chipmunks saving a baby koala from Cruella De Vil, I think this movie would've suffered from a bad case of Cute-itis. 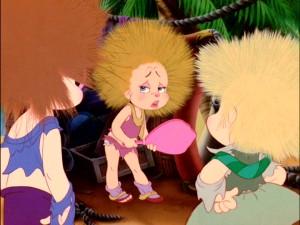 "Note to self: NEVER get a hairdo from Edward Scissorhands.

The animation is just breath-taking for a cartoon-based movie. It's been said that the crew for this movie were ex-Disney animators that left the Disney studio after the failure of The Black Cauldron. The characters look three-dimensional unlike their 60's designs, and the backgrounds are well-painted. This is easily one of best-looking animated films I've ever seen.

There's also a little Ralph Bakshi goodness in here. Aside from the character Dave Seville, the non-chipmunks in the movie (known as "humans", if you're wondering) were designed by Louise Zingarelli, who worked as the character designer for Ralph Bakshi's Hey Good Lookin', American Pop, and Cool World! You can tell that the humans were designed by her because all the humans in this movie resemble Mok from Rock & Rule. 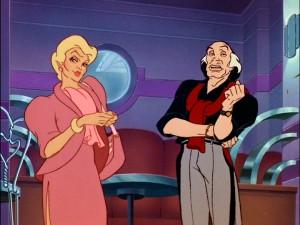 Gee, I wonder if these Mok-looking villians will be our villians today?


The songs (which the Chipmunks are known for, of course) are all pretty catchy and fun to listen to. My personal favorites are "The Girls Of Rock N' Roll", where the Chipmunks and Chipettes attempt to "out-rock" one another, a squeaky-voiced rendition of "Wooly Bully", and "Gettin' Lucky", where the Chipettes attempt to escape from some snakes by singing to them. Keep in mind in this scene that the more the Chipettes sing the song, the cartoonier the snakes get! 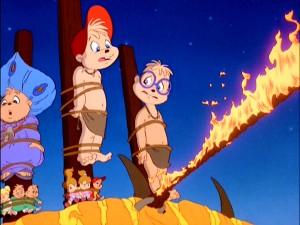 "OK, maybe insulting the tribe leader wasn't a good idea after all."

Finally, this movie is just fun. Almost every animated movie out there from past to present include some sort of huge life-lesson at the end. Shouldn't those only be at the end of Filmation cartoons like He-Man? Movies are made to escape the troubles of your life for about 90 minutes, not to remind you to aplogize to your sister for dunking her head in the litter box. This movie is just an adventure around the world with exotic locations. Nothing else. That's how the CGI Chipmunks movie should've been like! 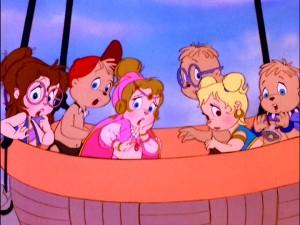 "Oh no! It's the film's negative reception on our tail!" 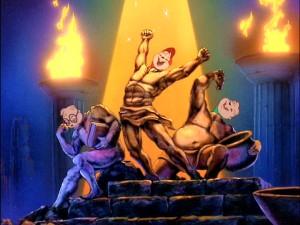 This is, without a doubt, one of the most beautiful-looking animated movies I've ever seen. It's got catchy songs, great animation, and no lesson to be learned and that's a good thing. It's a lot of fun.