TMNT: The Beggining Of The End

Designed To Attack Power Rangers Head On, Red Skies and Lord Dregg Signaled The End Of The Original TMNT Franchise
By System
On 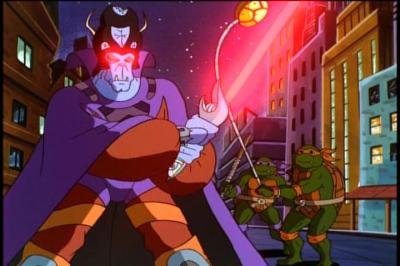 TMNT had lasted seven years by the time its' fanbase was exposed to what would come next, three movies, and a large expanding toyline had been left in its' dominating wake, but the road to the end was vast approaching, courtesy of Power Rangers, the undisputed king of the 1990s' after the TMNT and prior to Pokemon.


Power Rangers wiped out everything in the early 1990s' (and before anyone starts on it, dont', I LIKE Power Rangers and hold no grudges that it ended TMNT, Biker Mice, Sonic SATAM, even if you may), in an attempt to compete, TMNT switched to a new direction.

A new animation studio, a remix of the famous theme song, and a darker tone to the series transformed the long running comedy/action series into a near reflection of its' MIRAGE comic roots, becoming much, much darker. A perfect, easy solution to competing against Power Rangers, right?

Well...one out of three is'nt bad is it?

The new look, dubbed by TMNT fans as "Red Sky" (due to the sky background now being permanently scarlet red, this would later be repeated in "Batman: Gotham Knights" one year later, take note Bruce Timm, we know where you ripped it off from) gave the series an edge the likes of which had not been seen since at least the famous five part pilot series that started it all (and to an extent, the next two seasons that followed it, then it became far too comedic for its' own good). Shredder and Krang were more than bunglers and had more of an advantage over the Turtles, the first episode of the "Red Sky" era, "Get Shredder", saying it all.

After becoming seperated from The Technodrome, Shredder, Krang, Rocksteady, and Bebop take up residence in the New York Worlds' Fairs' abandoned hall of science exhibition, managing to hold off the Turtles thanks to Krangs' modification of some of the scienntific equipment left behind there.
Krang is, however, soon captured by Drakus, the designer of the Technodrome, whom Krang betrayed, now under the title of Bruticus, Drakus is determined to conquer Earth, in order to retreive Krang, Shredder threatens to destroy the Channel Six building and everyone in it, including April. The TMNT rescue Krang, whilst Splinter attempts to retrieve the hostages held at Channel Six.

The TMNT delivered Krang to Shredder, only to be informed a minute too late, the Turtles are releived to see the Channel Six building still standing, that their nemesis was only bluffing, only for Shredder to remark he NEVER bluffs, the building immediatly erupted in flames behind him. 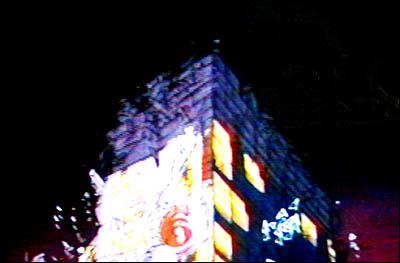 Fortunatly, Splinter has rescued the hostages, but the building would never reappaear in the series, the line had been firmly drawn, this was no longer the same TMNT cartoon as it had been a year before. The next few episodes would reflect more change, Shredder and Krang made no less than four appearances this season, which was sadly not remotley that long either. The Turtles, in the meantime, fought the mutant organisation H.A.V.O.C, and very nearly joined them after some sweetalking by their leader, Titanous, dividing the group in terms of philosophy and beleif.

The season finale "Turtle Trek", would mark the final appearance of Shredder and Krang, alongside Rocksteady and Bebop, as regular adversaries, and the following season we were introduced to a new enemy for the Turtles: Lord Dregg. 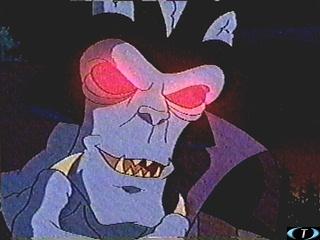 Lord Dregg was brought in to freshen up the scene, Power Rangers had also coincidently had just changed its' lead villain to Lord ZEDD, so it was more than just a freshing up, it was an attempt to do what PR was doing to truly win the audience, new villains, and like PR, new POWERS.

The Turtles soon began experiancing mutation problems, and developed new morphing abilities, turning into ferall Turtle snapping variations of their former selves, wild and uncontrollable, but were one of the few defences they had against Dregg, who had turned the whole world against the Turtles and made himself look like a revered and benevolant alien. It would be only through the intervention of the alien Doomquest that Dregg would be shamed and the TMNT exonerated. During this season, the TMNT aqquired a new ally, Carter, a causican male with an incurable mutation disease. April still remained, even if the Channel Six crew quitely never appeared again, but her character role now was to try and make a name for herself away from the TMNT, which, comedicly, would always bring her straight back to them.

For the tenth, short, and final season, Dregg breifly enlisted the aid of Shredder and Krang, the two most popular characters were revived for three episodes to bring in old viewers, nothing of the sort happened.

But it was too late, TMNT was dead, and had been for years, nobody cared that Shredder and Krang had been replaced, or the Turtles had new mutation powers, or that the series had gotten darker, they only cared about what Megazord they would be purchashing for a birthday or chirstmas, or heck, every day of the week at the rate PR was going.

One year later, the TMNT changed from being an animated series to a live action attempted revival, "Next Mutation", ironiclly, under the banner of Saban, the distributer of Power Rangers

The franchise would be revived in 2003, to great success whenever original series fans would like to admit it or not, with a new movie on its' way, and an animated series that is receiving large critical praise, but carries a lesser following, let us hope this version does not resort to becoming as gimmicked as the original TMNT did to stay alive. 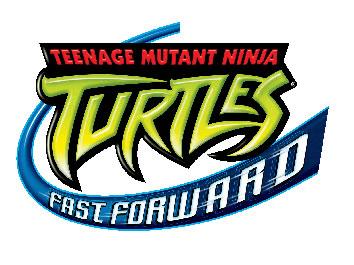 ...Then again...
5
Login To Vote!
More Articles From System

15
Quote O' Matic
Chuck: "How come you never scream when we have sex?"
Chili: "Give me something to scream about."
Added By: System
Friday the 13th Part III
An unhandled error has occurred. Reload Dismiss