A fourth season of JoJo's Bizarre Adventure TV series. In the coastal city of Naples, corruption is teeming—the police blatantly conspire with outlaws, drugs run rampant around the youth, and the mafia governs the streets with an iron fist. However, various fateful encounters will soon occur. Enter Giorno Giovanna, a 15-year-old boy with an eccentric connection to the Joestar family, who makes a living out of part-time jobs and pickpocketing. Furthermore, he is gifted with the unexplained Stand ability to give and create life—growing plants from the ground and turning inanimate objects into live animals, an ability he has dubbed "Gold Experience (Golden Wind)." Fascinated by the might of local gangsters, Giorno has dreamed of rising up in their ranks and becoming a "Gang-Star," a feat made possible by his encounter with Bruno Buccellati, a member of the Passione gang with his own sense of justice. JoJo no Kimyou na Bouken: Ougon no Kaze follows the endeavors of Giorno after joining Bruno's team while working under Passione, fending off other gangsters and secretly plotting to overthrow their mysterious boss. [Written by MAL Rewrite] JoJo no Kimyou na Bouken: Ougon no Kaze is a full adaptation of the fifth part of the JoJo no Kimyou na Bouken / JoJo's Bizarre Adventure manga series. 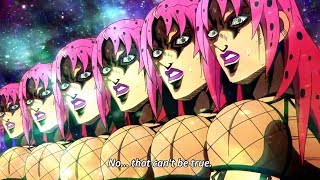 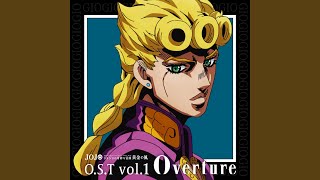 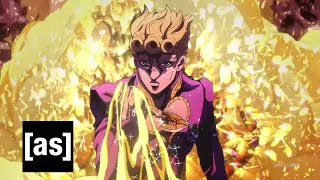 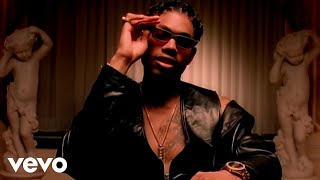 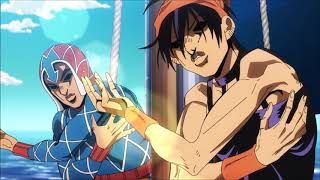