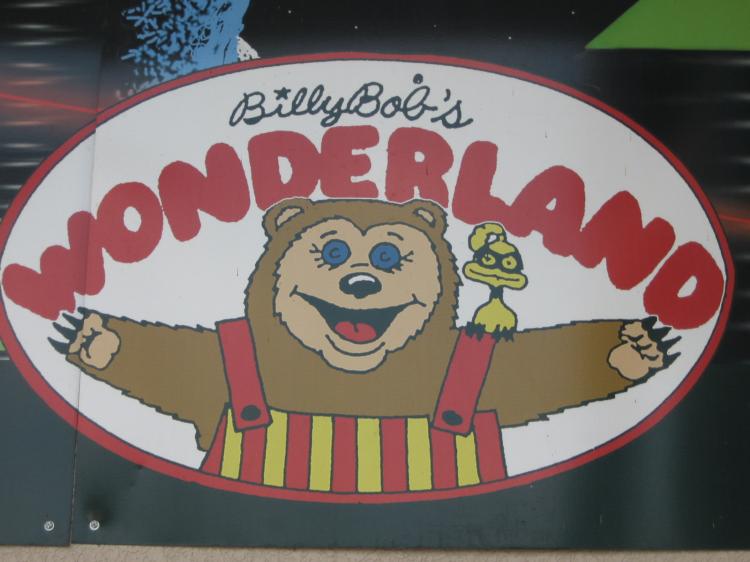 As for many kids growing up in the 1980's one of my favorite things I had to look forward to was going to Showbiz Pizza. For those who don't know Showbiz Pizza was a pizza place with an animatronic band known as the Rock A Fire Explosion and the leader was Billy Bob - a hillbilly bear in overalls that talked with a country twang. The animatronic show featured songs as well as little skits/dialogue between the characters. Also at Showbiz Pizza included arcade video games, ski ball and other games where you won tickets which were turned in for prizes, as well as a ball pit for the younger kids. Primarily a stable for birthday parties or just a night out with family or friends this was THE place to be when you were a kid. Showbiz Pizza was magical. It's hard to explain. The atmosphere just had a special feel to it. Somewhere in the early 1990's Showbiz Pizzas were turned into Chuck E. Cheese locations. As I am sure most Retrojunk readers will attest to - Chuck E. Cheese ain't no Showbiz Pizza! While the premise of the restaurant is the same, that magical feel and atmosphere just isn't there.

While feeling nostalgic and doing some internet research I found that there are only a handful of locations in the United States that still have the original Rock A Fire Explosion animatronic characters. One of the most notable is called Billy Bob's Wonderland located in Barboursville, WV. This location is approximately a 3 hour drive for me and while I was dying to re-live some of that old childhood nostalgia and see the Rock A Fire Explosion again I weighed heavily on justifying that long of a trip to see something that might have been a big disappointment. With the advent of a 3 day weekend (thanks Labor Day!) my wife convinced me that with an extra day there would be no better chance to give this a try. We did so. What follows is my review of Billy Bob's Wonderland.

Getting there is pretty easy. It's in downtown Barboursville, WV on the main strip. There is also a large mall just a mile or two nearby. Once you are in the parking lot you will see this on the outside of the building. 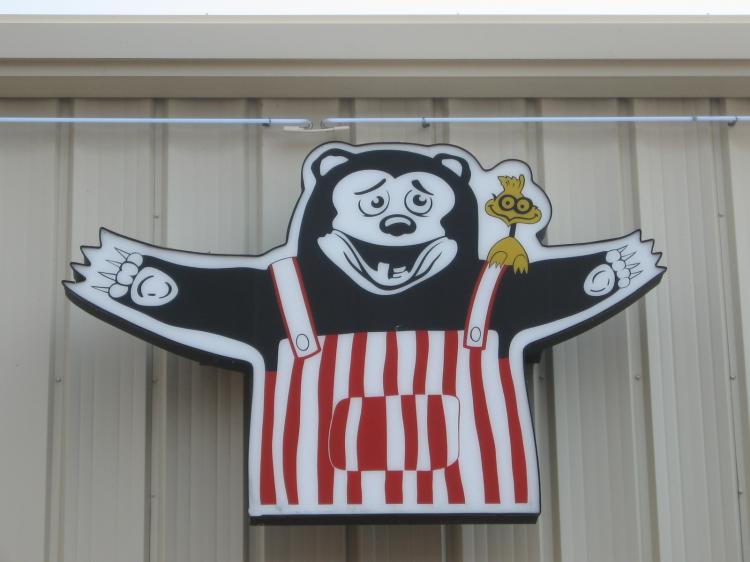 Right by the door you will see a six foot tall wooden statue of Billy Bob. 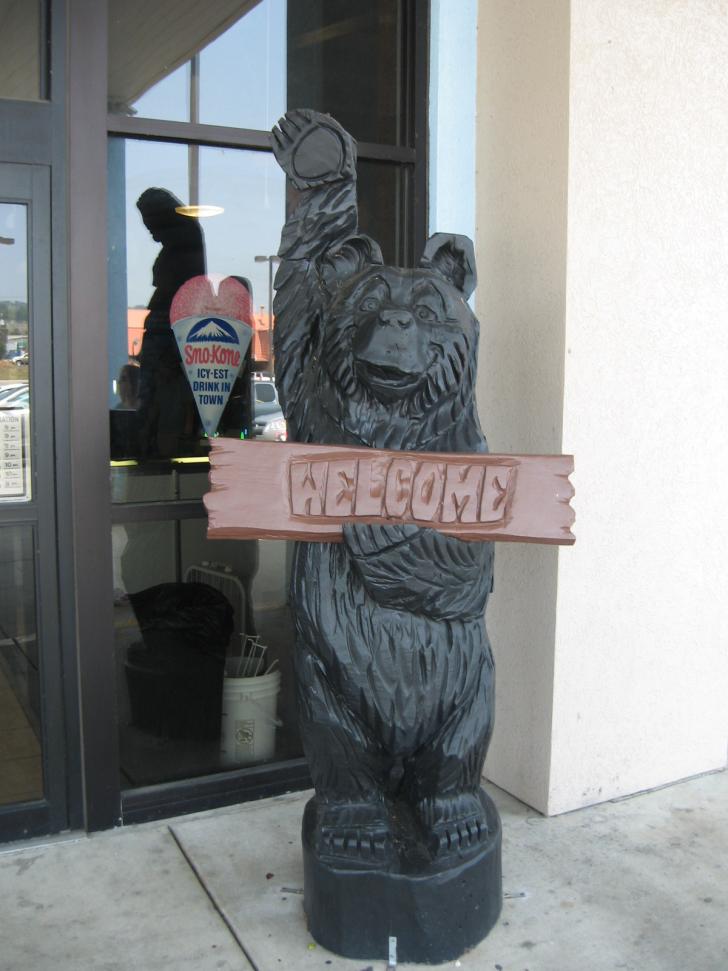 Inside the location it should be mentioned that this place is HUGE. It is easily twice the size of a Showbiz Pizza or Chuck E. Cheese. When you get in the game area has a really big floor space. It goes from one end of the building to the other. The games inside were pretty standard. You have your ski ball, basketball shooting, air hockey, racing games, etc. There is also some coin games where you can win more tokens. There is even one just for quarters where you can win money! I would say the games are a bit of a letdown. With the floor space available this could be turned into a replica of a Showbiz Pizza or a modern day Dave & Busters even.

The food station is at the far right. You place your order and they give you your number and they call out the number on the loudspeaker when it is ready. From the reviews I read the pizza is not the best. The pizza at a Showbiz Pizza was another thing of beauty! Billy Bob's Wonderland also has burgers, hot dogs, chicken strips, and other like items. The food was nothing spectacular to write home about but it served its purpose.

On to the main event - the Rock A Fire Explosion. The stage and dining area is also very big. When I got there the animatronic show curtains were closed and not running. I asked a worker when do the shows come on and they said there is a button on the far left of the stage. Any time you want to have a new show start just press the button. This I feel is a big improvement from Showbiz Pizza. As I recall the shows were on a timed schedule (as is Chuck E. Cheese today) and they periodically come on. With this any time you want a show to start just press the button and off it goes!

To my delight the curtains opened and out came the original gang!! Billy Bob & Looney Bird, Fats Geronimo, Duke Larue, Mitzi, Beach Bear, and Rolfe & Earl!! All with the original costumes and original backdrops, musical equipment, etc. It was like I time warped twenty years in the past. Here are a few pics. 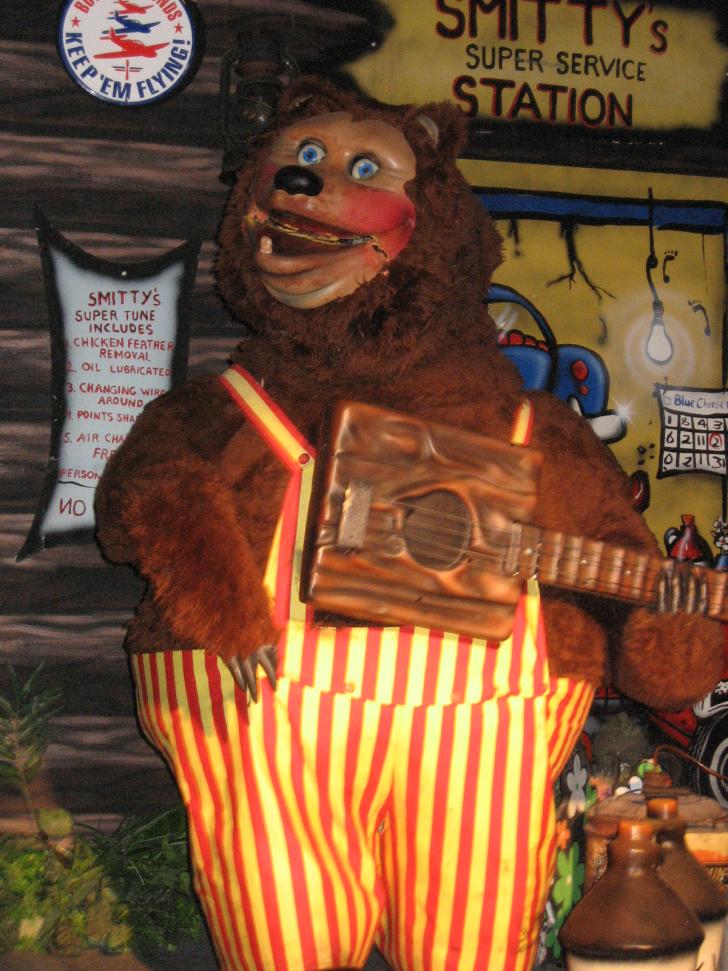 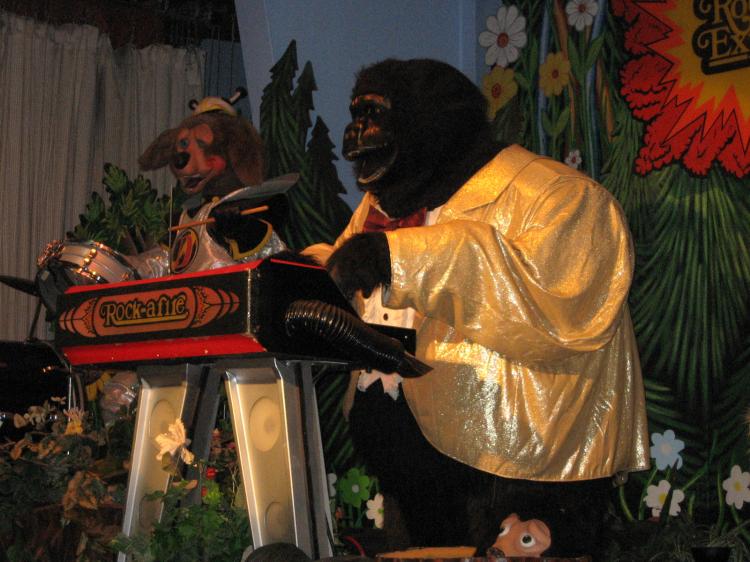 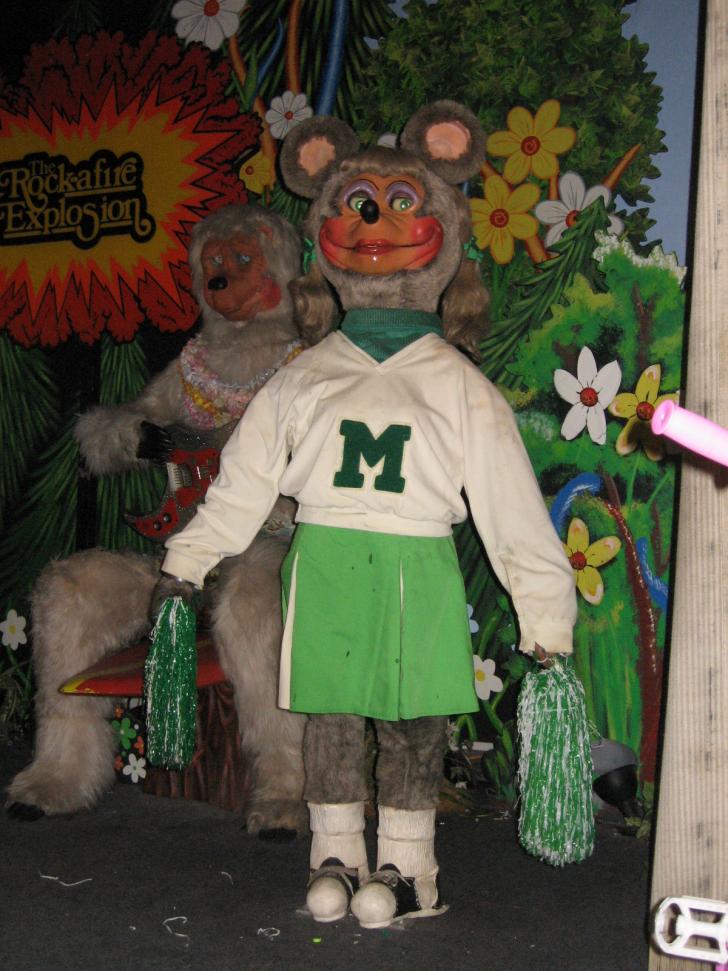 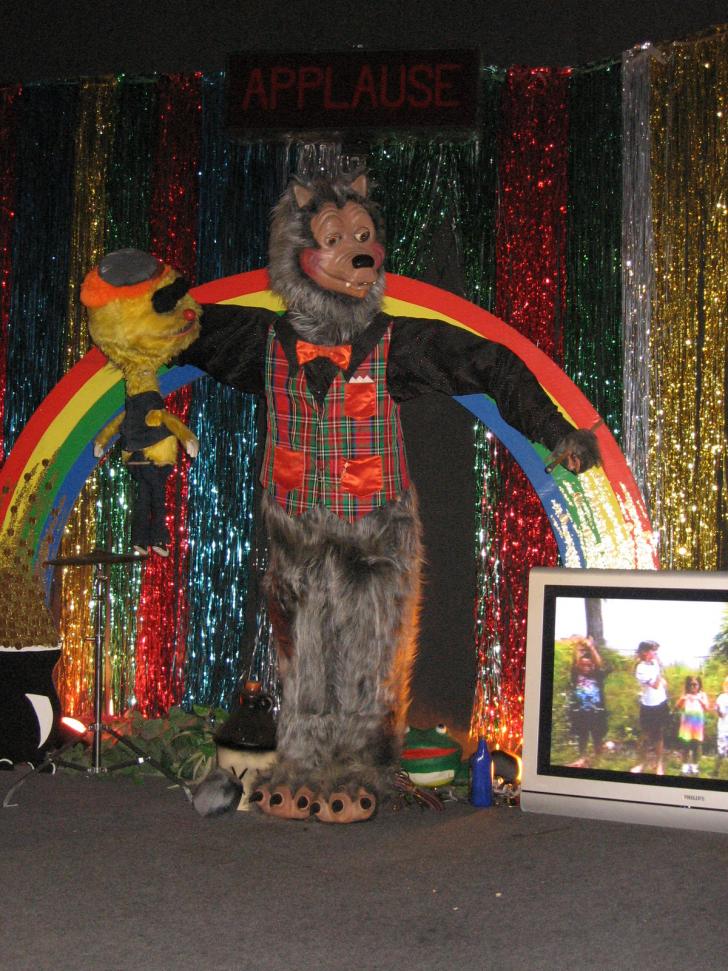 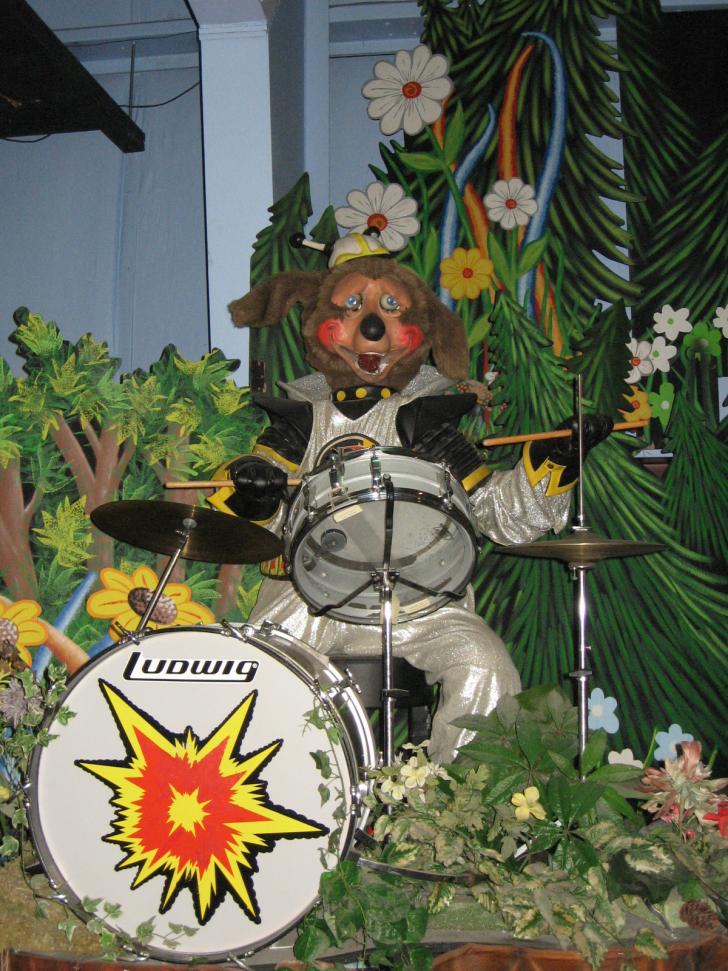 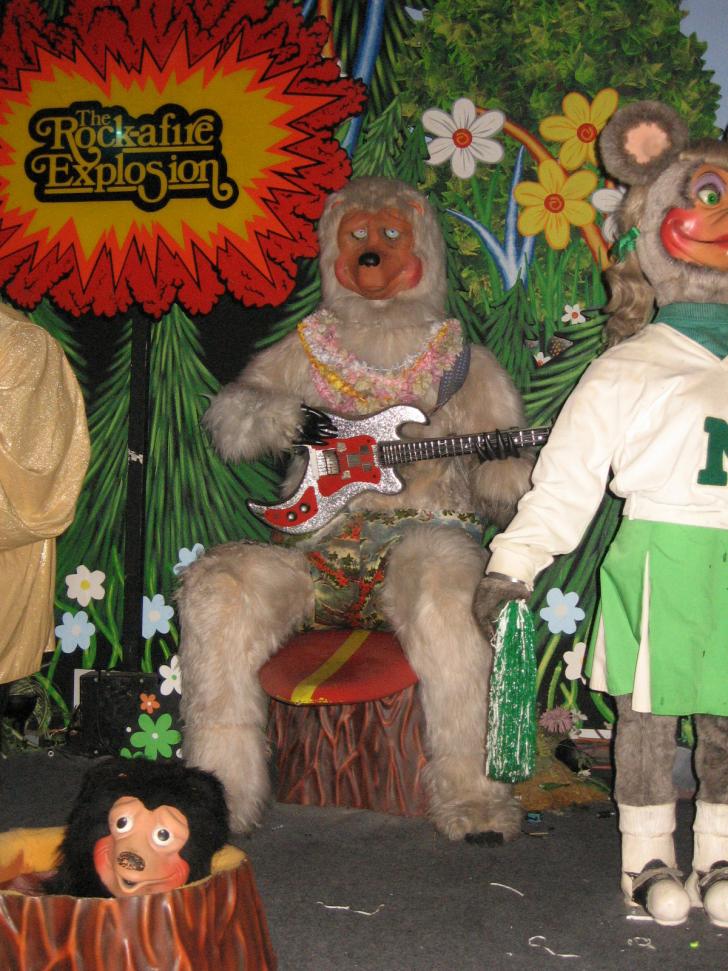 The characters themselves were in surprisingly good working order. There were some minor imperfections here and there but what can you expect for something that is 20+ years old? The stage show was as I remembered it. Each show runs about 10 minutes. There is a small introductory skit/dialogue followed by a song or two. The setup was all the same. It was a thing of beauty. It sounded like the same voices and same skits that were performed during the Showbiz Pizza era. The songs they did were updated but that is to be expected. I was very pleased with the stage show. It was everything I was hoping for and more.

In walking around the gaming area I found two other areas of interest for Showbiz Pizza enthusiasts. First does anyone remember the balloon machine that Showbiz Pizza had? There was a machine with unfilled balloons inside it. You put your tokens in and your balloon was filled with helium and you got it out of the glass case. The whole thing was see through glass so you could see your balloon being filled. Somehow they still have this at Billy Bob's Wonderland! I couldn't believe it.

Equally surprising was this. They had this vintage machine from back in the Showbiz Pizza days. 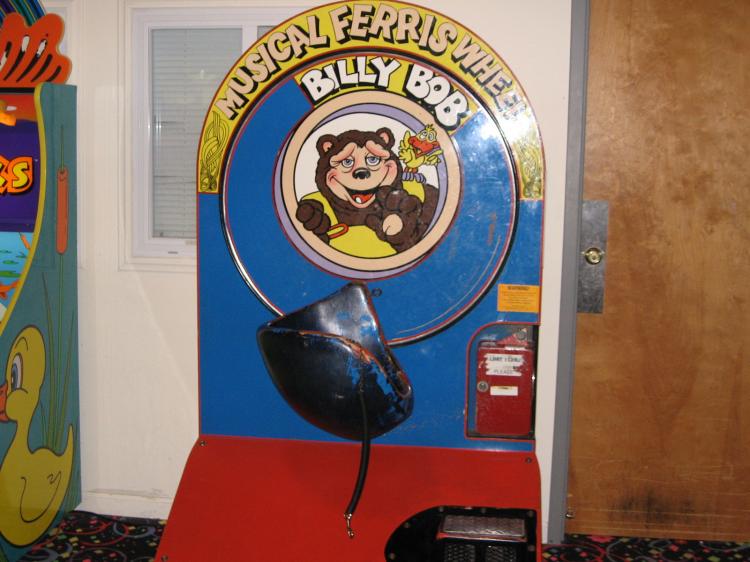 Who could forget this? This was a staple of Showbiz Pizza. So happy to see there was still one of these in existence. 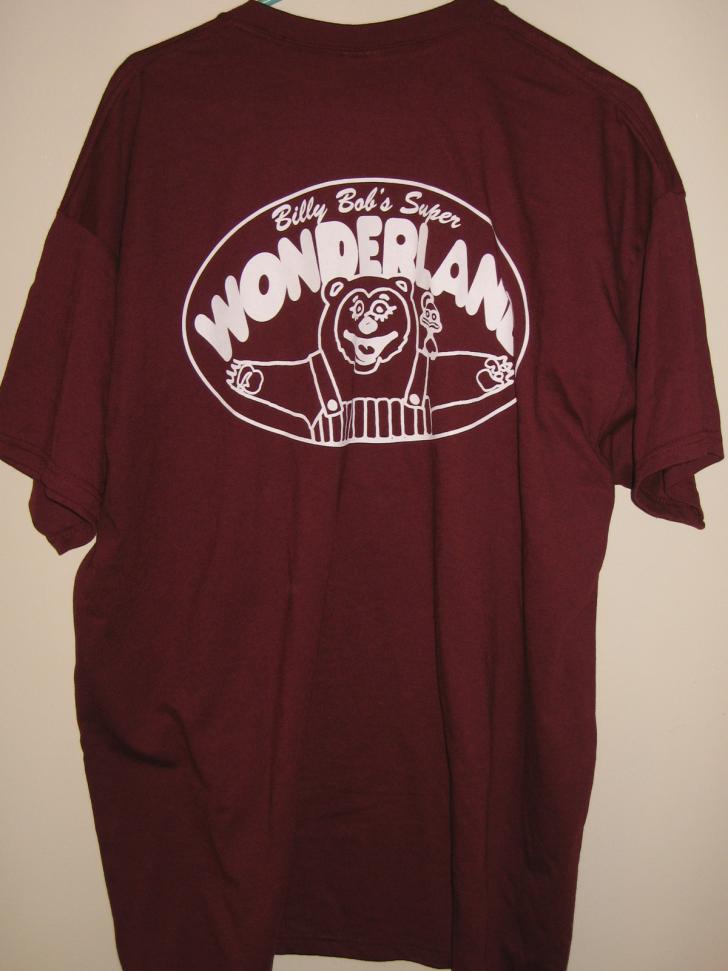 Of final interest at Billy Bob's Wonderland is that they also have a Laser Tag room as well as putt putt golf outside. You can also have birthday cakes ordered and they have an ice cream station.

Overall I was pleasantly surprised with Billy Bob's Wonderland. While it is not the same as Showbiz Pizza this is about as close as you are going to get nowadays. It was well worth the drive and if you are anywhere within a few hours drive of Barboursville, WV I would recommend making the journey. Who knows how long these Rock A Fire Explosion will continue to run? I am hoping for a long time so I can make return visits and re-claim some of that long lost magic from my youth. Maybe you can too! 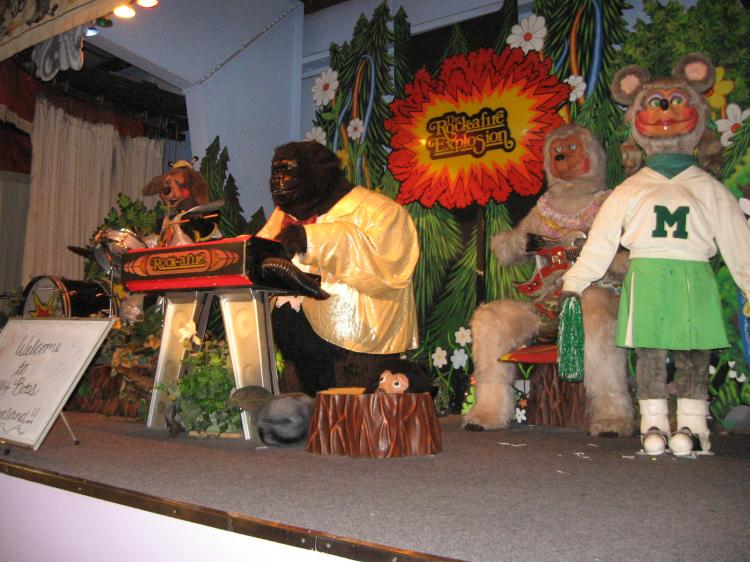