A movie that succeeds in capturing the true excitement of a large squirrel predicting the weather.
By MelloMovieReview
On
Are you ready to dive into a world where Bill Murray’s cynical humor and narcissistic anger translates to his fictional character Phil Connors? Where a man trapped in a seemingly endless time loop must get his life right or suffer an eternal punishment worse than Hades or Hell combined… living in a rural suburban middle American town for an infinite winter, forever. “C’mon, all the long distance lines are down? I’m a celebrity in an emergency!” 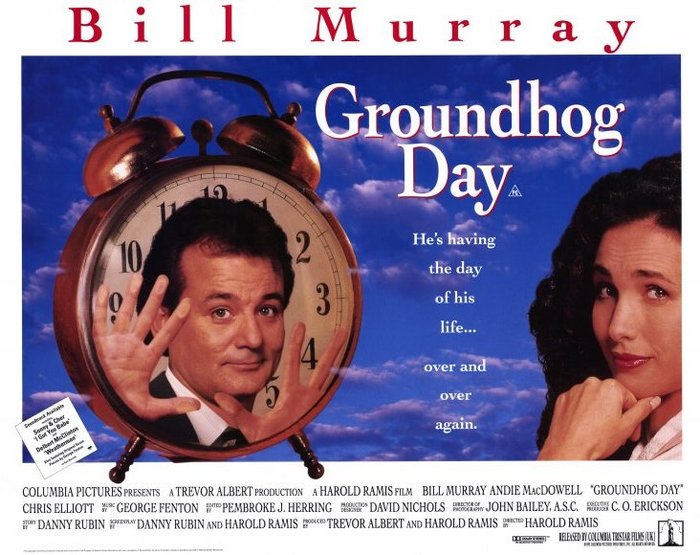 Groundhog Day is directed by Harold Ramis. Bill Murray and Harold Ramis were the Seth Rogan and James Franco of their time, but better. In the late 1970s and the entire 1980s these two collaborated with Ivan Reitman and Dan Aykroyd to create some of the most ICONIC characters and films ever to grace the comedy genre. Classic films such as “Meatballs”, “Caddyshack” “Stripes” “Ghostbusters” and of course “Groundhog Day” were spawned from these creative minds. 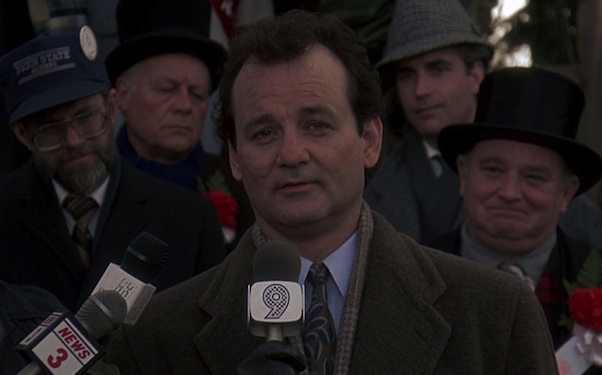 This film starts off with TV weatherman Phil Connors as he is ‘off to see the groundhog’ in Punxsutawney PA. Phil feels he is above this sort of cheesy local news antics but knows to make it in show business he has to suck it up. 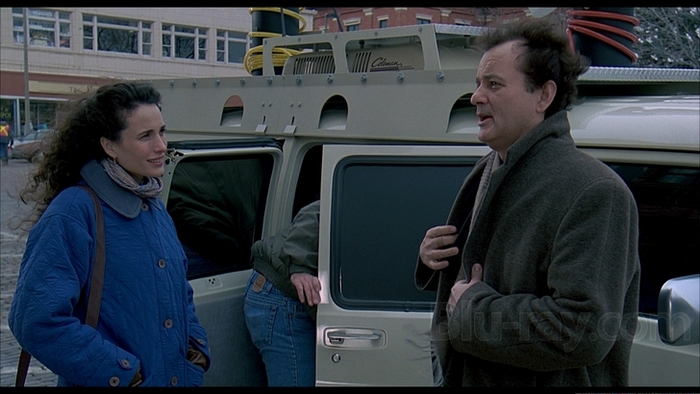 Andie MacDowell plays his producer and Chris Elliot plays the camera man. Phil is going through the motions and does just enough to get by and go home. A blizzard prevents the crew to go back to Pittsburgh and forces them to stay the night in Punxsutawney. Phil believes there is nothing worse than having to stay the night in a local rural town with hicks, or so he thinks. The next morning Phil wakes up and realizes he is living the same day over again. Sonny and Cher’s “I’ve Got You Babe” is playing at 6:00 a.m. just like the day before, everyone in town is greeting him the same way.

Imagine believing you are a better talent but being forced to redo the same TV report, interact with the same people, and live in a town you cannot stand. 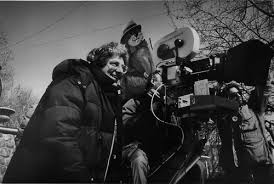 The original screenplay written by Danny Rubin had the story begin in the middle of the time loop. He starts off a day and knows everything, the audience doesn’t understand why and eventually through dialogue they ‘get’ what’s going on. Harold Ramis decided the story should be linear. Also, in the original script Phil lives 30,000 years in this time loop. Harold Ramis says that Phil probably lives 10 years in this time loop. 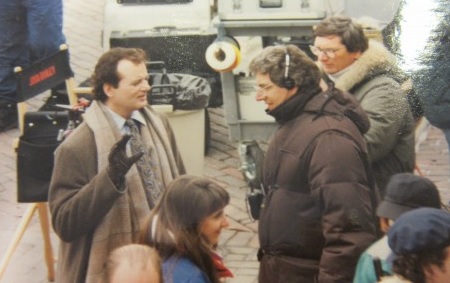 What you may not know is this film ended a friendship behind the scenes. Bill Murray was going through a divorce at the time and wasn’t mentally ‘in the right place’ to collaborate for a comedy. Ramis almost chose Tom Hanks to play Phil Connors but decided he was ‘too nice’ for the cynical scenes and wouldn’t be believable as a narcissistic jerk. 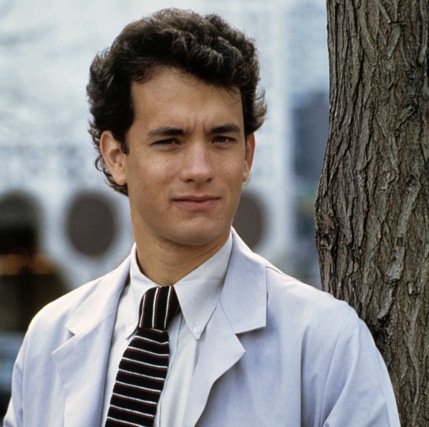 Ramis decided to go with Murray anyway. There were days when Murray would just say “Don’t explain the scene to me, just tell me. Is it good Phil or bad Phil?” Bill Murray is a master at ad-lib so this method actually worked out. Even though the two clashed behind the scenes, because of the nature and subject of this film, it translated well on screen (especially the depressed, bitter, and suicide attempt scenarios). 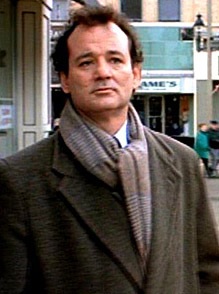 This would be the last film Bill Murray and Harold Ramis would ever work together on a film. This is also primarily the reason we never got a “Ghostbusters III”. Bill Murray went on to start working with Wes Anderson after a few failed attempts to collaborate with other writers and directors.

Meet the Characters:
But let’s not end this article on a sad note. Let’s take a look around this ‘little town in western Pennsylvania” 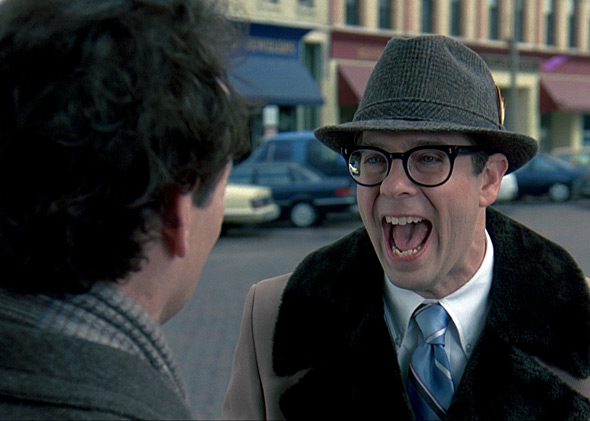 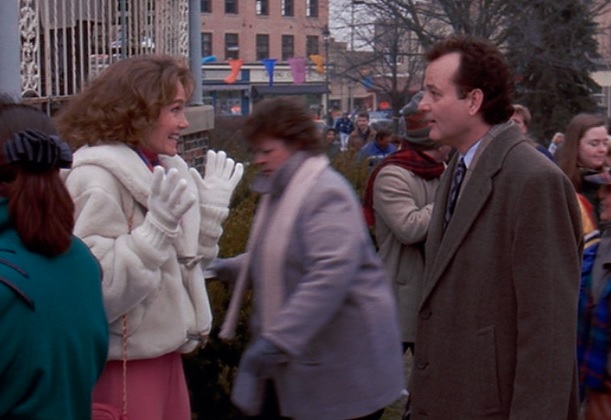 Nacy! Nacy Taylor! She works in the dress shop and makes noises like a chipmunk when she gets ‘real’ excited. 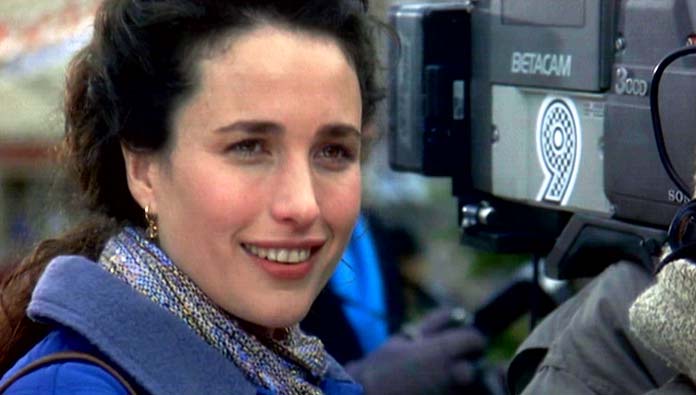 Rita. She’s a producer at Channel 9 in Pittsburgh. Everybody knows that. What you don’t know is she likes boats but not the ocean and she hates white chocolate and fudge. Oh, and make sure when toasting drinks to pray for world peace. 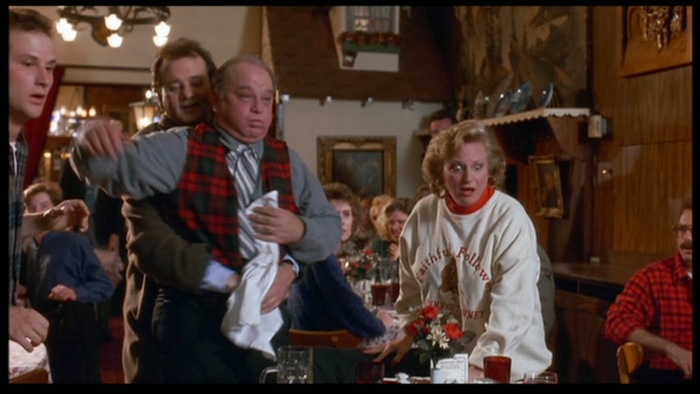 Buster he’s the head Groundhog honcho. He’s a great spokesman and auctioneer, but he needs to learn to chew his food. 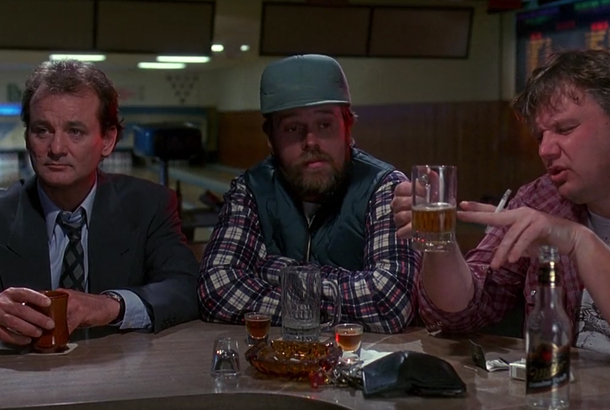 Then there are Gus and Ralph. They’re not much for conversation but they are above average bowlers and they can hold their liquor without throwing up. Just remember, “Friends don’t let friends drive” and make sure if you go for a joy ride find a drive thru that isn’t too early for flap jacks. 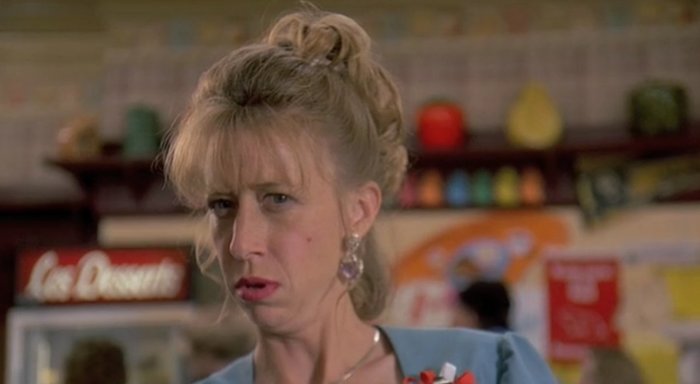 Doris the Waitress, ten bucks and she’s yours. 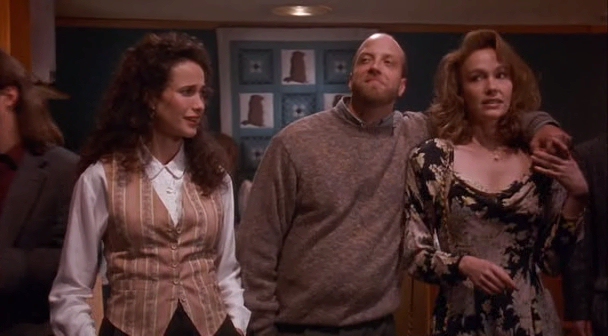 Some people think being a cameraman is easy. It’s not as simple as just pointing the camera at things, there’s a heck of a lot more to it than that. Larry may wear foxy Boy Scout sweaters and eat lots of pastries, be at least he’s no prima donna. 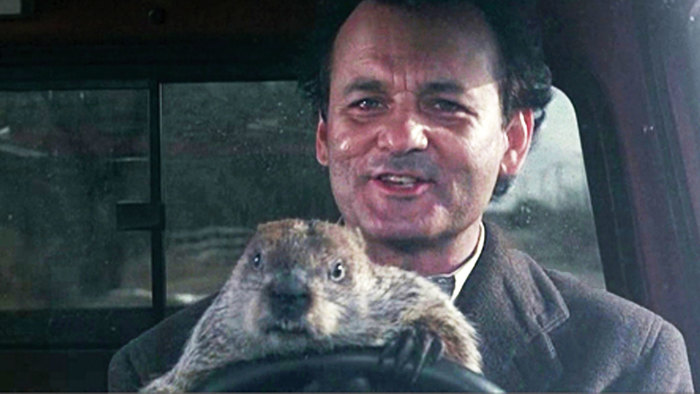 Finally there is Phil. No, not Connors the groundhog Phil. The world’s most famous weatherman. This is one time where television really fails to capture the true excitement of a large squirrel predicting the weather.

This movie is heartwarming, funny, romantic, well directed, well-acted, and well written. It deserves to be remembered as a classic akin to ‘It’s a Wonderful Life”. Despite the behind the scenes problems, it turned out to be one of my favorite films. 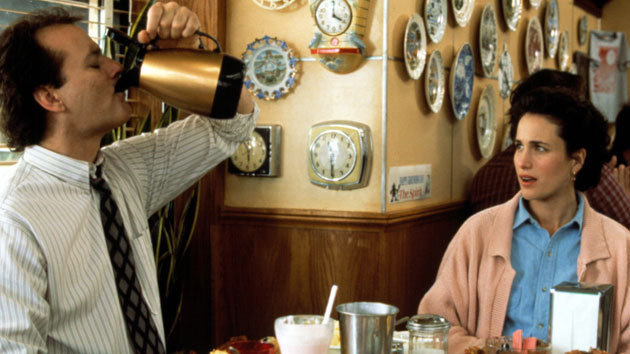 When I was a kid in the 1990s I remember Bill Murray’s films making me laugh even on days I didn’t want to laugh. There were hard times (just like any kid growing up) where you feel down and out. The 1990s as a decade makes me happy. The movies, TV shows, songs, video games, everything about that decade in media made me happy and took me to a special place. Now as an adult, I look back at that time and feel good. I want to revisit that place in my life and “Groundhog Day” with Bill Murray is one of those films that instantly warms my heart and gives me nostalgia chills. So I recommend visiting 'Gobbler's Knob" over and over again, at least it's with Bill Murray.

"When Chekhov saw the long winter, he saw a winter bleak and dark and bereft of hope. Yet we know that winter is just another step in the cycle of life. But standing here among the people of Punxsutawney and basking in the warmth of their hearths and hearts, I couldn't imagine a better fate than a long and lustrous winter."
15
Login To Vote!
More Articles From MelloMovieReview

I have read about this musical in development before. I'll have to check it out sometime. It could be really funny.

Are you sure you want to delete this comment?
Thank you.

I have read about this musical in development before. I'll have to check it out sometime. It could be really funny.