A Talk With Lisa London

If you like B-movies, you know of her. If not, consider this a quick introduction.
By Caps_2-0
On
A brief note before the interview begins: Ms. London had just returned from a vacation a few days ago, and has been busy talking to agents about new projects. As such, this interview will not be as long as some of my other interviews.

As one who is a devout fan of retro cinema, I enjoy going off the beaten path every so often. I'm as interested in B-movies as I am in more well-known films. B-movies go all out when it comes to the matters of sex, blood and rock and roll. Taking a look at my combined collection of DVDs and VHS tapes will show an interesting mixture of titles.

When it comes to the mixture, certain names tend to pop up often, and you become fascinated by them. Maybe it's their timing or maybe it's their looks, but you just want to know more about them. As such, that's the case with my newest interview subject.

Her name is Lisa London. 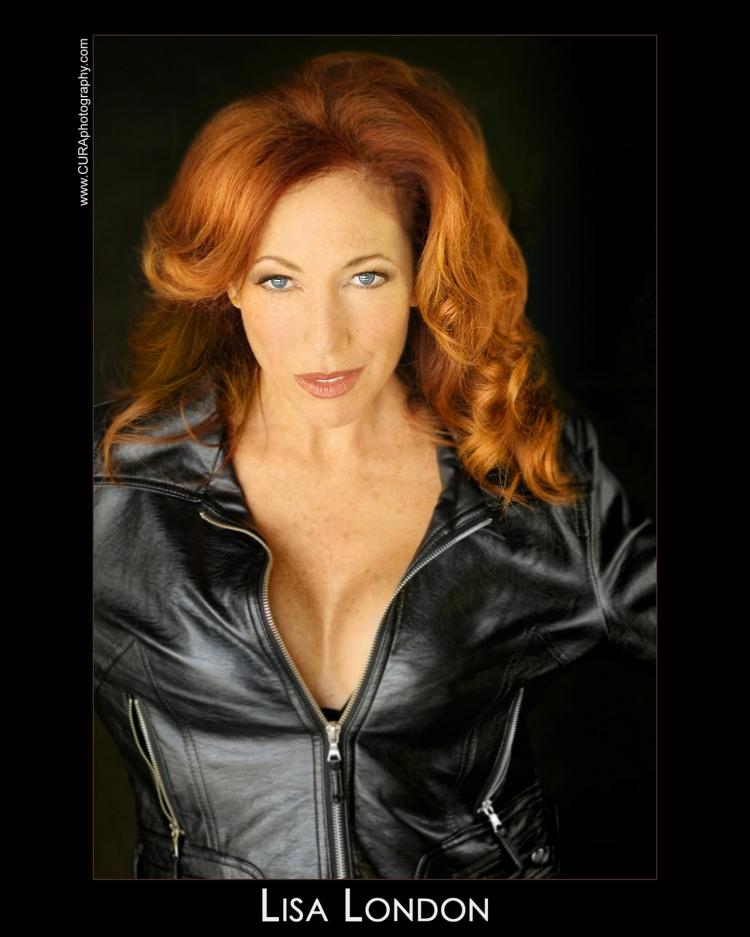 I first noticed her when I watched the 1979 teen comedy "H.O.T.S" on YouTube. It was a late 70s sex comedy, with an emphasis on the sex. I looked at it, and it felt exciting to watch. There was somewhat of a lighter spirit in retro comedies. Comedies seemed a little less restrained...More nudity, more slapstick, less agony. I then returned to the 1986 women-in-prison drama "The Naked Cage", a movie from the Cannon library that greatly demonstrated that company's showcase of going to the edge and beyond. Lisa's role in the movie was one of the most intriguing, as will be showcased later on. I wanted to get to know more about Ms. London, so I e-mailed her and asked her about doing an interview.

As previously stated, Ms. London has been busy preparing various projects, but she agreed to do a quick interview with me.

The RetroJunk Interview With Lisa London!

Lisa: I was a Beatles girl, then in love with Led Zeppelin's Robert Plant.....Brando and Monty Clift and Michael Parks in an obscure movie called Then Came Bronson. Ironically, I now own a home on Bronson in the Hollywood Hills. Their isolated loneliness was sexy and interested me.

Lisa: Lol. I was a dichotomy...A popular outsider. Always felt separate but competed for titles and achievements...Hung with jocks and stoners, but they were all both!

Lisa: Was born one; There are home movies of me writing, directing and starring at five!

Caps: Your first acting job was in 1978's "H.O.T.S". I enjoyed that movie, so my question is this: Would you say it was a female answer to "Animal House"?

Lisa: Yes. That is how it was promoted exactly. 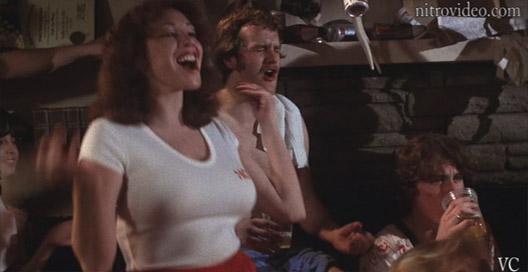 Caps: With few exceptions, "H.O.T.S", as well as many sex comedies of the 70s and 80s, was free of seriousness. Nowadays, the work of filmmakers like Judd Apatow has added a hot dose of drama to the frivolity. What do you feel was the cause of that change?

Lisa: So many factors. People are not as innocent, the internet, 9/11, reality TV...

Caps: In 1980, you had a major supporting role in Cannon Pictures' "The Happy Hooker Goes Hollywood". What do you remember about Menahem Golan and Yoram Globus?

Lisa: They were pioneers and the last 'low budget' film makers really before video changed everything...

Caps: Did you ever meet Xaviera Holland, the subject of the "Happy Hooker" movies?

Lisa: Yes. We all met her doing an interview.

Caps: You had a small role in "Sudden Impact". What was it like to be directed by Clint Eastwood?

Lisa: It was incredible. He is a consummate brilliant director, and loves actors so much. I was showered with praise and he basically let me shine and then polished my talent...

Caps: When you filmed your role, did you have any idea that "Sudden Impact" would be as influential as it was?

Lisa: None!! At the huge premiere and the fame from it that followed, it sunk in only then. I was just on the beach in Tel Aviv, Israel and a guy from France recognized me from "Sudden Impact" and told me he had many dreams about me. Lol...

Caps: You played Alice in "Private Resort". It was one of Johnny Depp's first major roles. What was your opinion of Depp when working with him?

Lisa: He was great. We had a kissing scene and I remember we both were chewing huge wads of gum and got stuck. His talent and special qualities were apparent, and music is major in his life like me...

Caps: Did you have as much fun off-screen as you did on, or was it was more subdued off-screen?

Lisa: Even more off on that Private Resort set, shot in Florida Keys...and Andy Dice Clay had us all in stitches. Rob Morrow and Hector Elizondo were great for a laugh, too...

Caps: You returned to Cannon in 1986 to work on the movie "The Naked Cage". It was rather realistic for a women-in-prison movie, not in anyway like "Reform School Girls", which was released that same year. How did you keep things light on the set?

Lisa: We joked about the death & sex scenes between takes! Over acted the sound effects...

Caps: You worked with the late Andy Sidaris on the movies "Savage Beach" and "Guns". Nowadays, many action movies make grand statements about the world alongside all the things the audiences came to see. What's your stance on current action movies?

Lisa: Like all genres -action/horror/romantic comedy...There will be stand out great films and an abundance of bad attempts. 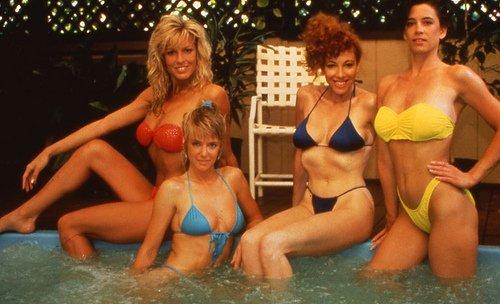 (Above: Lisa London is first from the right in this press photo from "Savage Beach")

Caps: You've also worked in music as well. For example, you were part of early 80s pop band The Pin-Ups. There was a line-up before that, but you were part of an entire overhaul. How did you get involved in the project?

Lisa: Craig Campobasso, terrific casting director and one of my best friends...He told me about the auditions. It was my first singing audition ever! Beat out thousands of girls nationwide. Got to live -and love- in Germany-Fairy tale...

Caps: You did some work in the play "Hellz Kitchen Ablaze". Reading the reviews, it seems like it would be more suited for the big screen. Have you ever thought about buying the rights and maybe doing some directing of your own?

Lisa: I acted and it was the first play I ever produced, and my husband directed...So amazing experience. Brilliant writing. Yes, it was a big critical successs and there is heat on it to make into a film or TV series...I like producing but know myself. I am NOT a director. 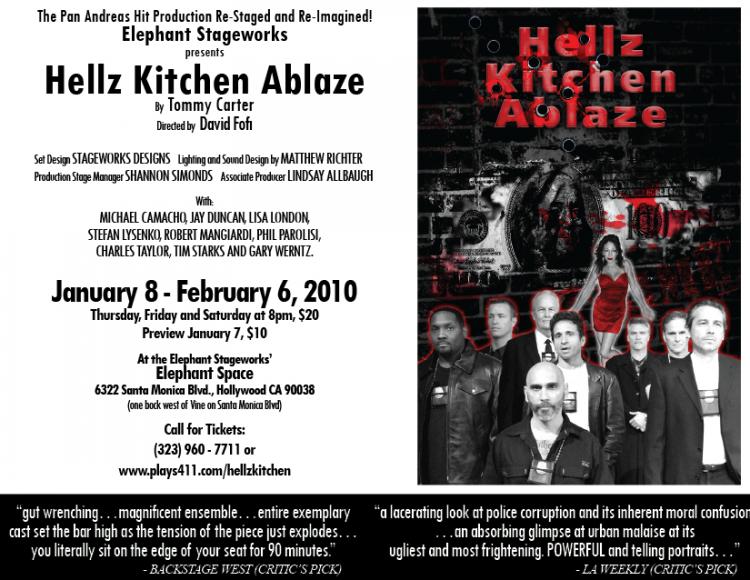 (Author's note: For more on the play, here's a link to a review on it: http://www.backstage.com/bso/reviews-la-theatre/hellz-kitchen-ablaze-1004002761.story)

Lisa: Wipe those out...Never dwell on that..

Caps: You're an accomplished actress and you've done music as well. What talent would you like to show off that you haven't had a chance to do so yet?

Lisa: I am now a great cook (started cooking in recent years), and I did a food show pilot with my sister who is a renowned chef and we owned a restaurant. I want to take that further...

Caps: What's your idea of the perfect day off?

Lisa: I love acting so much that I never want to escape it or ever think of it as 'work', but I do looooooooooove to travel.

Lisa: No. I have a perfect life, and a career in a business that is exclusive and elusive to say the least. I've had my 15 min. as Warhol calls it, and the great thing about show biz is that the next star turn is always just around the corner. Anything and everything can happen! 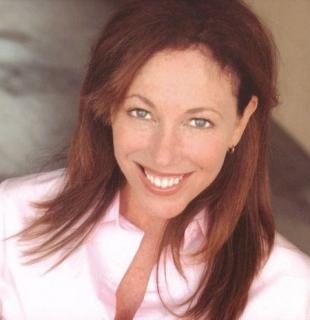 After I sent Ms. London my first set of questions, I thought of a few more I had forgotten to ask.

Here are those follow-ups:

Caps: "H.O.T.S" was not only your first movie, but your first starring role. When you stepped in front of the camera for the first time, were you nervous?

Lisa: Yes, and I still am every time I'm before a camera or on a stage. I suppose it's because it is sacred to me...I have learned how to use that energy to my advantage.

Caps: Was "The Naked Cage" filmed in an actual prison or on a set?

Caps: If you had to choose between acting and music, which would you choose?

Lisa: I'm an actress who can sing. I chose acting and singing sometimes choses me... 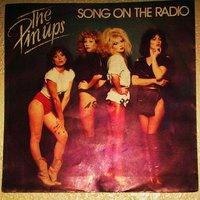 Caps: Which 5 directors would you most like to work with?

Lisa: Mimi Leder-She's one of my best friends and we are just waiting for the perfect piece to do together! Michael Mann, Woody Allen, Coen Bros, any French or Italian or German or Spanish or Japanese Oscar winner, and of course Clint again!

Caps: How do you feel the entertainment business has changed since you first entered it?

Lisa: That would take too many pages to enumerate. Drastically. I like to concentrate on the positive aspect. There is more product so more roles to portray. Let's leave off on a good note! 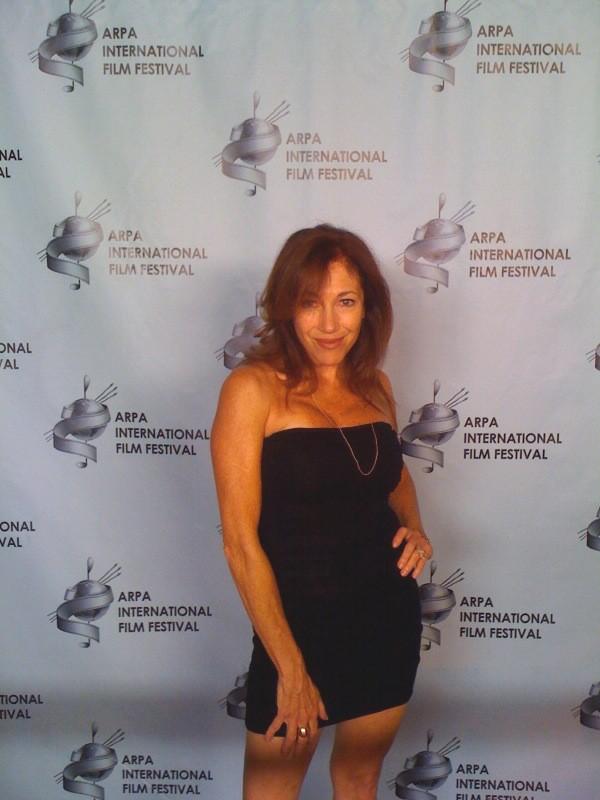 I would like to thank Ms. London for working with me. She was a gracious interview subject, and I look forward to more material from her.

Before the article ends, here's a very special treat. As posted to YouTube by starzmedia, it's the full-length movie "H.O.T.S". I talked about it with Ms. London, and now you can see it for yourself:

Talk to you soon.
7
Login To Vote!
More Articles From Caps_2-0